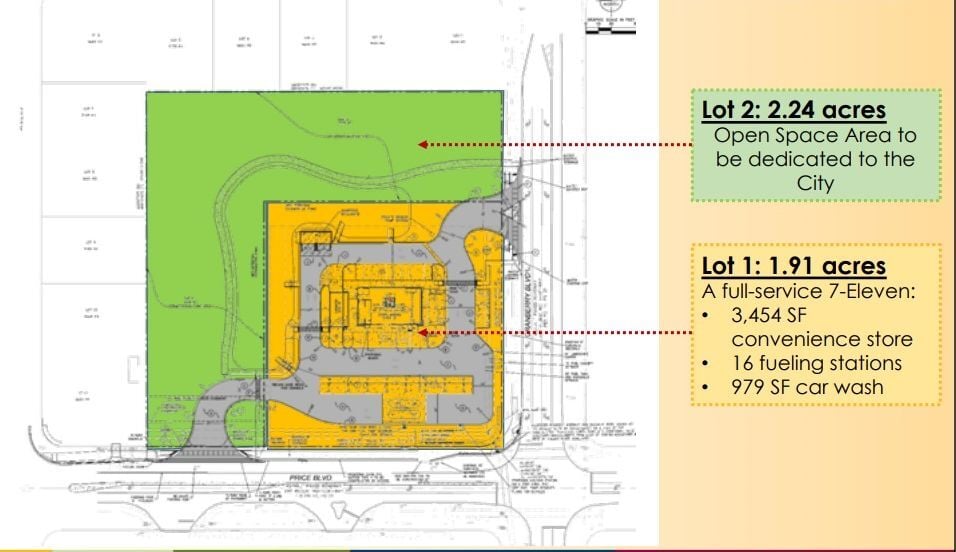 The plan submitted for the 24-hour 7-Eleven convenience store at West Price and Cranberry boulevards. Neighbors have opposed the special exception, but the city and developers are in arbitration. 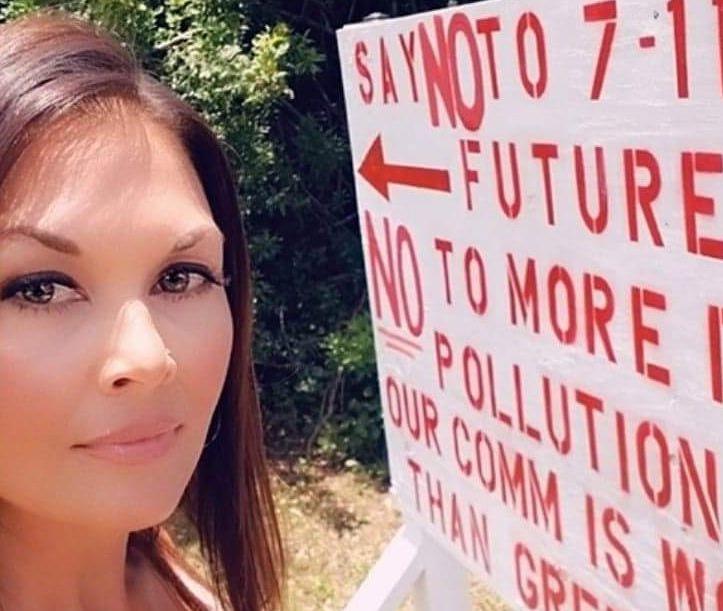 Stacy Tracy opposes a 7-Eleven near her home at Cranberry and West Price boulevards in North Port.

The plan submitted for the 24-hour 7-Eleven convenience store at West Price and Cranberry boulevards. Neighbors have opposed the special exception, but the city and developers are in arbitration.

Stacy Tracy opposes a 7-Eleven near her home at Cranberry and West Price boulevards in North Port.

NORTH PORT — It may be outside forces settle differences between North Port and a Tampa land developer.

Those with interest in a convenience store project at Cranberry and West Price boulevards were notified this week that a Friday mediation hearing was scrapped, according to neighbors fighting a proposed 7-Eleven.

Tampa-based Weedon-North Port LLC and the city had haggled over the project since June. That’s when city commissioners gutted requested waivers on several issues at the corner store in a 4-1 vote. Neighbors had also opposed the project, which was to be open 24 hours.

An October mediation was moved to a second hearing for Friday. But lawyers for North Port sent notices Wednesday that the hearing was cancelled. No reason was given and those receiving the emailed notice were asked to share the news with “other interested parties.”

It was sent on behalf of the city by Bradenton attorney Mark Barnebey.

“My guess is there were a lot of issues that wouldn’t go forward,” said Stacy Tracy, a so-called aggrieved party to the proposed 7-Eleven. She lives nearby and was a critic of the project. “That’s my gut, at least.”

Weedon-North Port had used a state process to seek a compromise to the 7-Eleven. The heart of the issue was fueling pumps; Weedon wanted 12, the city would settle for eight — along with the proposed car wash, delivery times and the store’s 24/7 hours of operation.

Rather than a solution, the sides in October agreed to a 30-day period to allow Weedon-North Port to redesign the four-acre parcel to meet the city’s concerns over traffic and overall impact. That was supposed to be Friday.