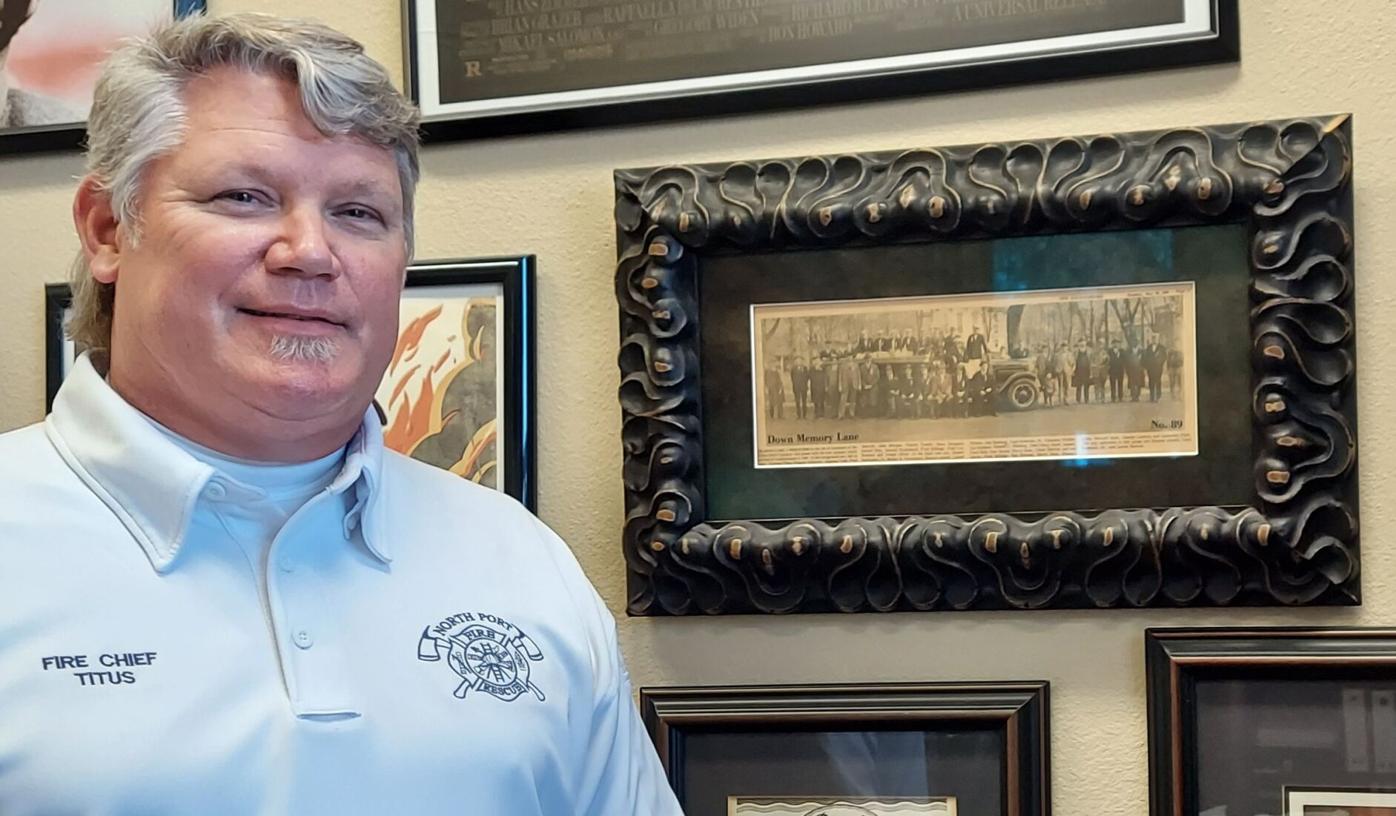 North Port Fire Rescue Chief Scott Titus with a newspaper clipping of his forefathers with a volunteer fire unit. 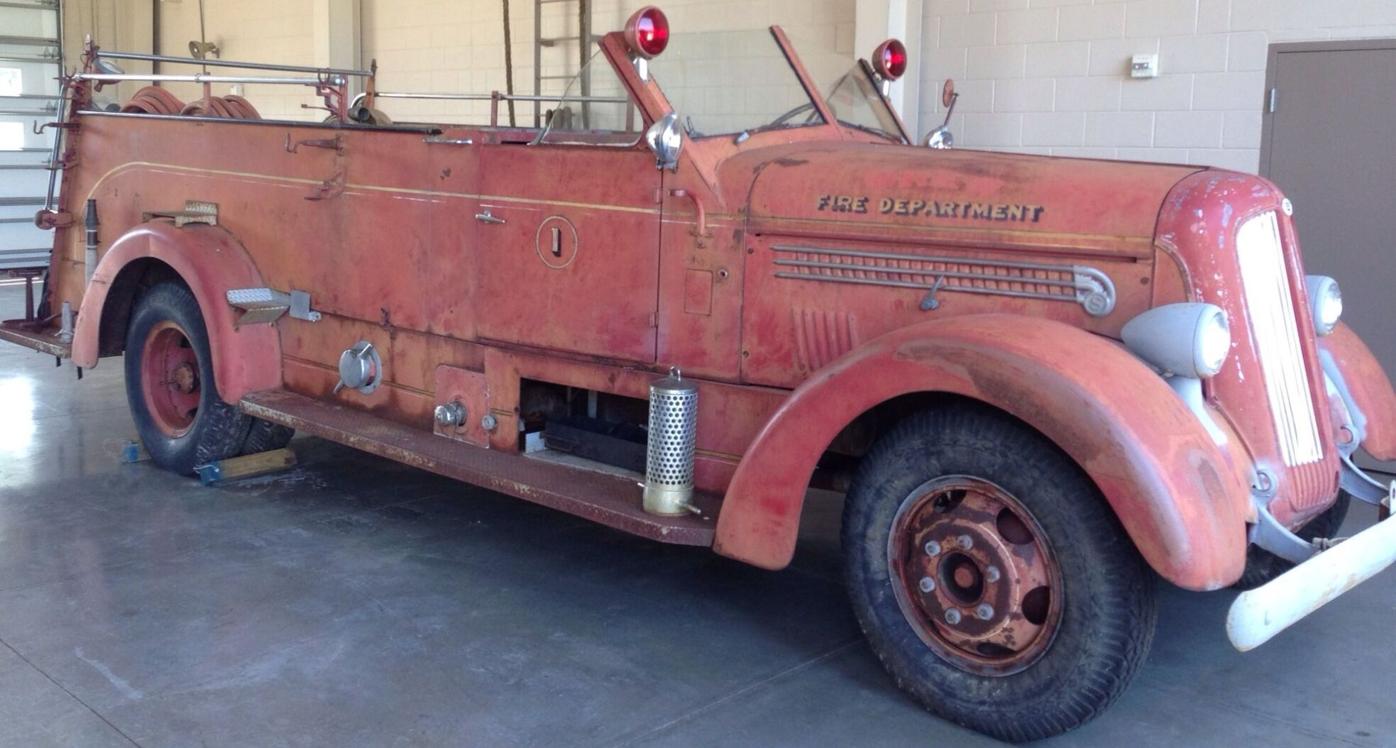 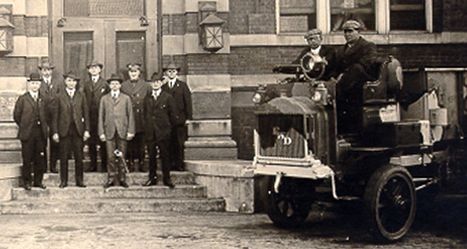 Seagrave was founded by Fredric Seagrave in Detroit in 1881.

North Port Fire Rescue Chief Scott Titus with a newspaper clipping of his forefathers with a volunteer fire unit.

Seagrave was founded by Fredric Seagrave in Detroit in 1881.

First is the police and fire substation, a $13 million, 24,000-square-foot dual purpose facility with a four-bay fire station, separate spaces for police crews, fire inspectors and a fire prevention bureau. Sarasota County will also have emergency equipment there. North Port in the next decade will open more firehouses and add to its 130-person roster.

“It’s an exciting concept,” he added.

The backstory is a member with the North Port Honor Guard spotting the vehicle in a backyard, faded to pink and decades past its prime. The North Port owner wanted it restored. Honor Guard Commander Richard Yarnall and his associates convinced the man to sell the pumper, at which point the Honor Guard donated it to the city. They had paid $1,500.

But what to do with a Seagrove Corp. Model 170 pumping engine delivered in July 1945 to a fire unit in Drew, Mississippi, a small town in the Magnolia State?

That answer came via a group of Florida inmates. These men and women are with something called PRIDE Enterprises, a not-for-profit corporation providing trade skills to prisoners in 20 state correctional units since 1981, said Dee Kiminki, its chief administrative officer.

Inmates with a heavy equipment division stripped the Seagrave, restored its frame and body and tooled parts as needed, a two-year process. The $40,000 restoration fee came from Honor Guard fundraisers and the city.

“Absolutely great work,” Kiminki said of the Seagrave restoration, of all services and products the 3,000 or so inmates each year provide.

The Seagrave back in North Port needed only brakes, not something Chief Titus anticipated as a problem, he said Tuesday amid firefighting memorabilia in his office that included newspaper photos of his great-grandfather on a Pennsylvania firetruck, some of the men posed in white jackets of that era.

Brakes on a vintage truck, however, was another thing delayed by COVID-19. But the Seagrave will be present when its temperature-moderated home is completed.

The tedious eight-year process to restore the Seagrave pumper — which was sold in 1945 by middleman Harry Corneil from his office at the Robert E. Lee Hotel in Jackson, Mississippi — and to find it a secure home for public viewing in Wellen Park, Titus added, made the project “even sweeter. It’s kind of neat how it came to our hands.”