Port Charlotte man, 20, dies after falling out of truck 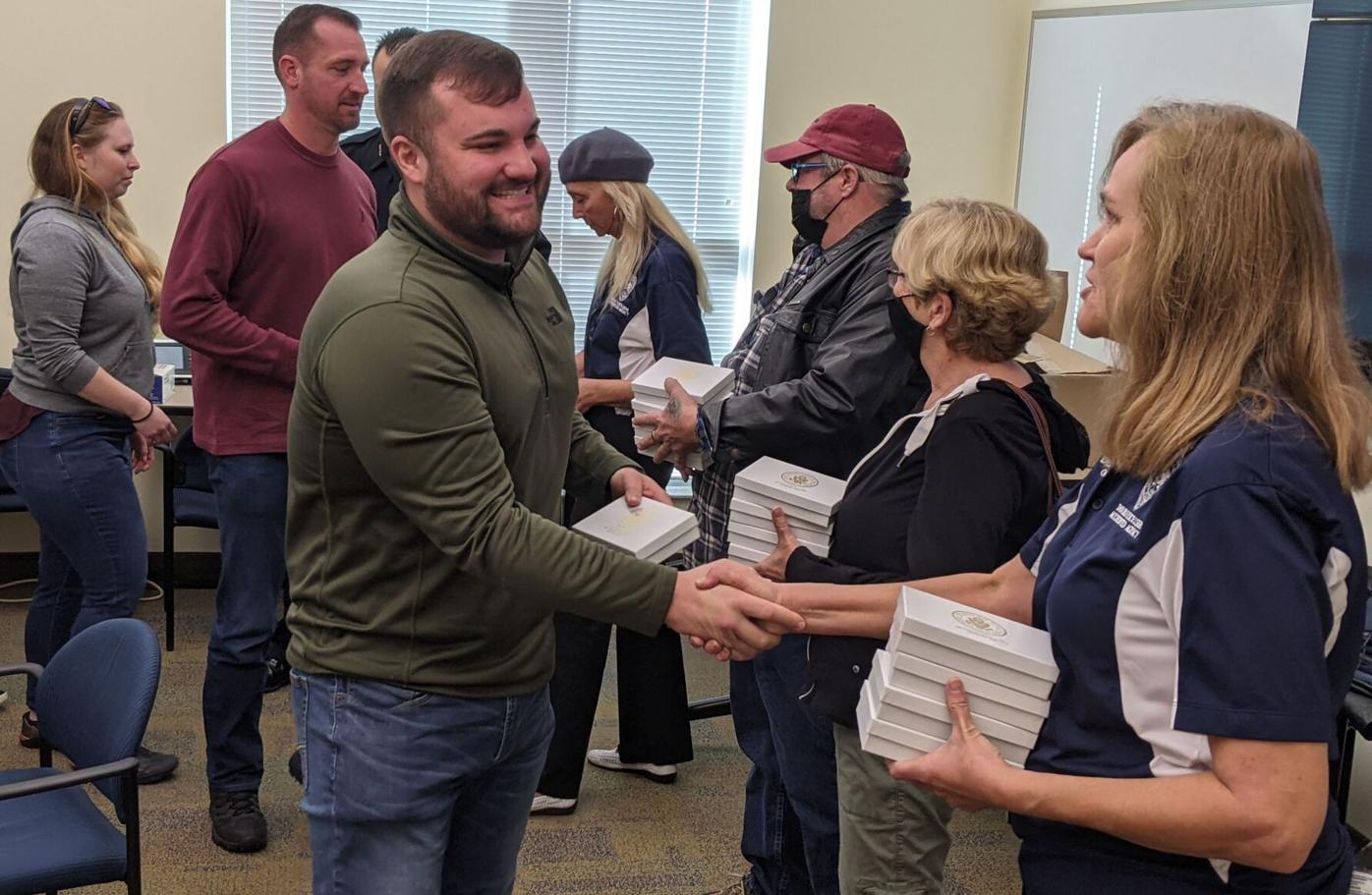 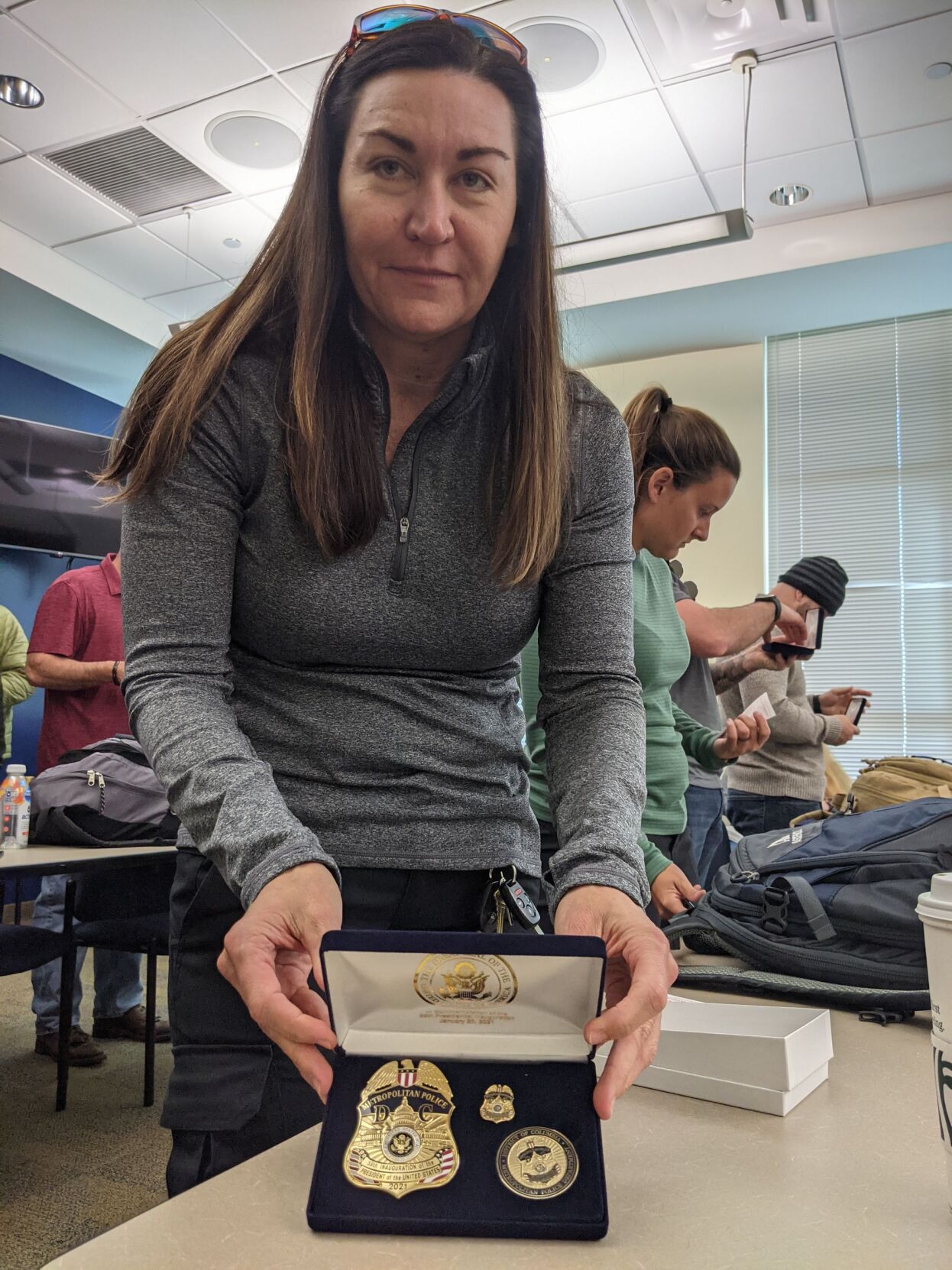 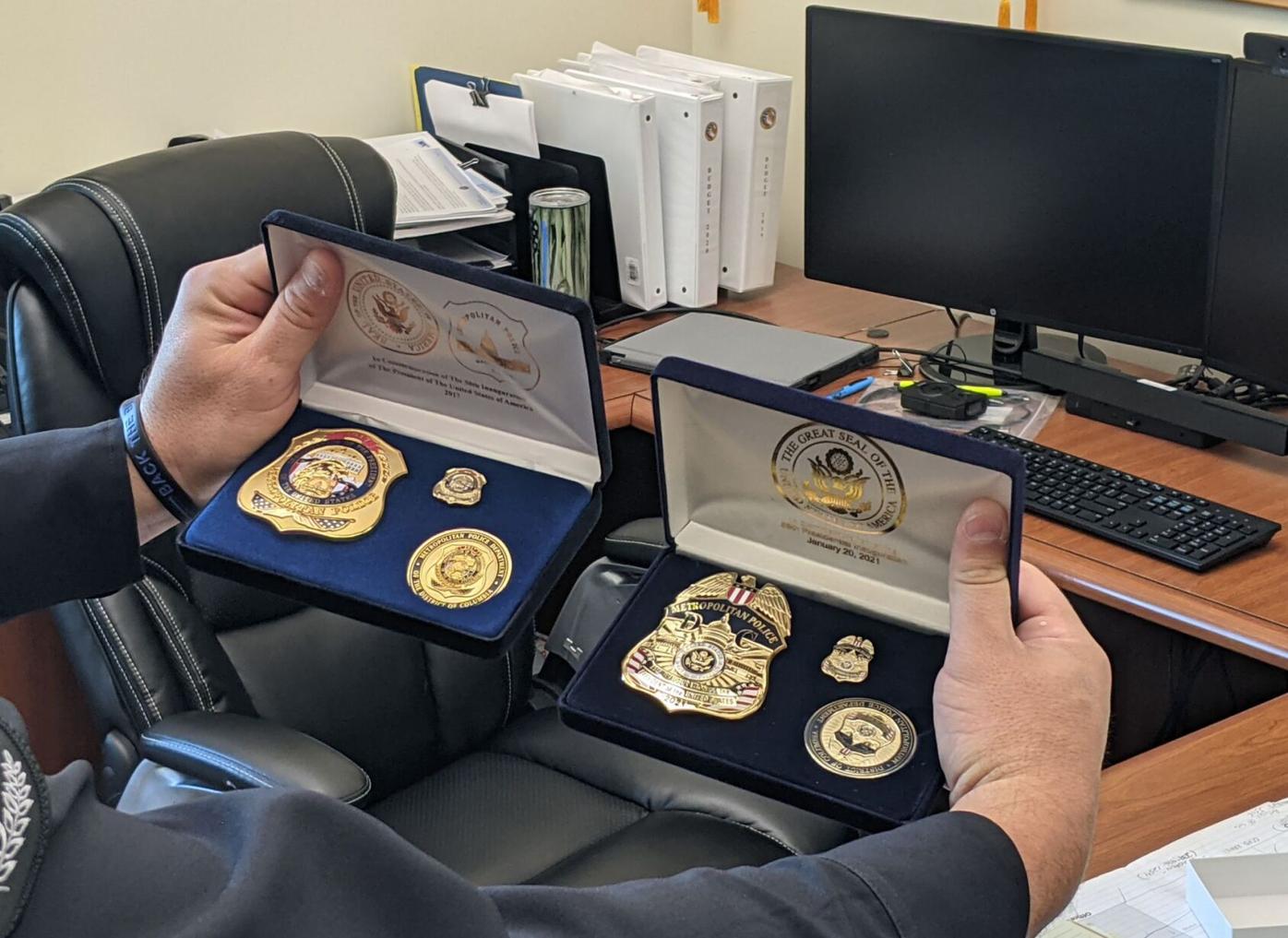 Special Washington Metropolitan Police badges from 2017, left, and 2021, serve to identify officers as well as commemorate the duty of securing a Presidential Inauguration.

Special Washington Metropolitan Police badges from 2017, left, and 2021, serve to identify officers as well as commemorate the duty of securing a Presidential Inauguration.

Then it was off to D.C., North Port Deputy Police Chief Chris Morales said.

Each officer was to be deputized as a U.S. marshal. That gives the North Port officers the authority to protect the federal judiciary.

Police, military and U.S. National Guard troops are in and around the capital for Wednesday’s inauguration, the 59th such event since George Washington became president in 1789. Joe Biden is the country’s 46th president. President Donald Trump exits the White House early Wednesday, reportedly with plans to skip the festivities and return to his Florida home.

Each officer, he added: “Can look and say ‘I was there.’ Be a part of it. And tell your grandchildren.”

When North Port began planning for this trip in 2020, police commanders didn’t anticipate Jan. 6, when protesters looted the Capitol building. So Wednesday’s event has more of an edge.

Downtown Washington and the National Mall will be closed off, meaning President-elect Biden, Vice President-elect Kamala Harris, dignitaries and former presidents will be guarded by military troops, U.S. Secret Service details and a thick layer of 13,000 armed police such as those from North Port.

Those agents and officers will secure the traditional Pass in Review of military troops, walking and motorcade trips to Arlington National Cemetery, and to the inauguration itself. A public parade was cancelled due to coronavirus and safety concerns. A virtual event is instead planned.

North Port’s security detail was handpicked, the department’s three captains screening applicants, Morales said. The city chose officers from units within the 123-person police department, two from the Detective Bureau, four from patrol, and others from various details.

The D.C. Metropolitan Police Department picks up the tab, including travel, pay, hotels and meals. North Port’s crew packed warm clothes and weapons, flying as a group from Sarasota. Many will stand shoulder-to-shoulder with their North Port comrades and with others in a sort of blue wall.

“It is a prestigious honor,” Morales said.

North Port taxpayers were reimbursed in 2017 by the D.C. Metro PD for about $34,000 in expenses, Morales added.

President George Washington was inaugurated on April 30, 1789, and again on March 4, 1793. Subsequent inaugurations were held on March 4 until the second inauguration of President Franklin Roosevelt on Jan. 20, 1937. The four-year term officially starts at noon.

Joe Biden will receive a presidential escort from 15th Street to the White House. Every branch of the military will be represented, including The U.S. Army Band, a Joint Service Honor Guard, and the Commander-in-Chief’s Guard and Fife and Drum Corps from the 3rd U.S. Infantry “The Old Guard.”

No inaugural balls this year. Instead, a TV special Wednesday hosted by Tom Hanks. The 90-minute program is called "Celebrating America" and will feature musical acts and remarks from President Biden and Vice President Harris.