And before North Port’s major roadways get too crazy, city commissioners picture a possible network of connected interior streets that will help drivers avoid potential snarls.

That was addressed Monday at a special workshop. The Citywide Mobility-Connectivity Study examines shared-use pathways, far more sidewalks, bike pathways, linking bridges and canals, east-west connectors and other tools for moving traffic, walkers, bicyclists, scooters and licensed golf carts — all more efficiently within and between neighborhoods.

The idea is a healthy traffic flow, something like the body’s circulation system, said Alex Anaya, president of ESRP Corp., the Tampa firm running the connectivity study through this year, who with others made Monday’s presentation. 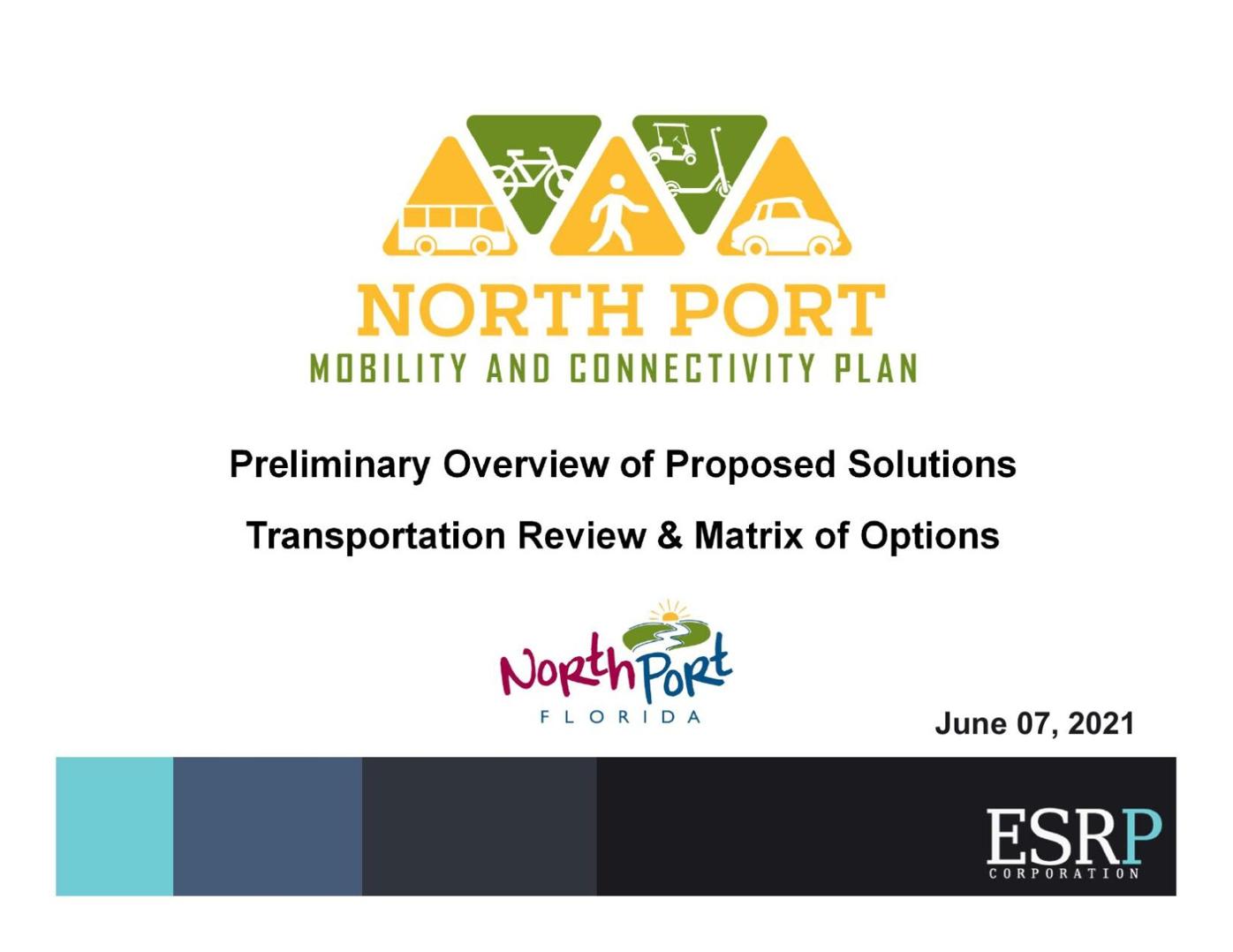 ESRP’s study looked at traffic alternatives, possible ways to pay for construction, including what’s called a mobility fee, costs assessed to builders for improving traffic flow. An existing transportation fee is for costs associated with a new house or business, the traffic, pedestrian, bicyclist impact within that neighborhood, for example. Mobility fees would cover broader traffic impacts, even regionally.

Commissioners will study mobility fees into the year, possibly adopt that idea. But hearings and other formalities would precede such a move, however.

Commissioners on Monday got an overview of traffic in North Port from Anaya and Bill Oliver, a engineering expert with W.E. Oliver, both with visions for North Port’s future. Anaya, for instance, shared that more than 70% of residents in a given town want a walkable community, shopping or other needs reached by walking, yet just 20% of cities meet that demand.

To that end, North Port must expand its network of wider shared-use or intermodal pathways, would connect dead-end sidewalks, find partners to help build service roads along Interstate 75 and bridge more canals.

One example Monday was using these connecting tools to drive from Sumter Boulevard to Toledo Blade Boulevard without accessing West Price Boulevard — which in the study is multiple lanes by 2045 or sooner — or ways to “concentrate on moving traffic around the city,” Anaya said, “on a safe network.”

Commissioner Alice White cautioned that throwing too much traffic at interior neighborhoods defeats the idea of locating to avoid such things. Degrading that quality of life is likely to anger some, she said.

“And that is understandable.”