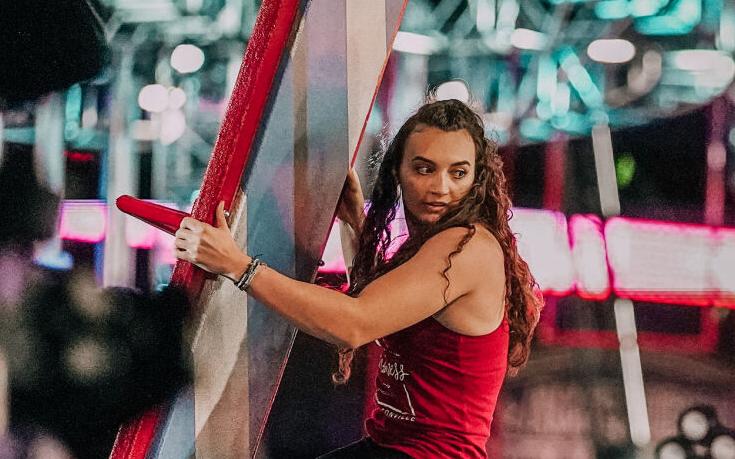 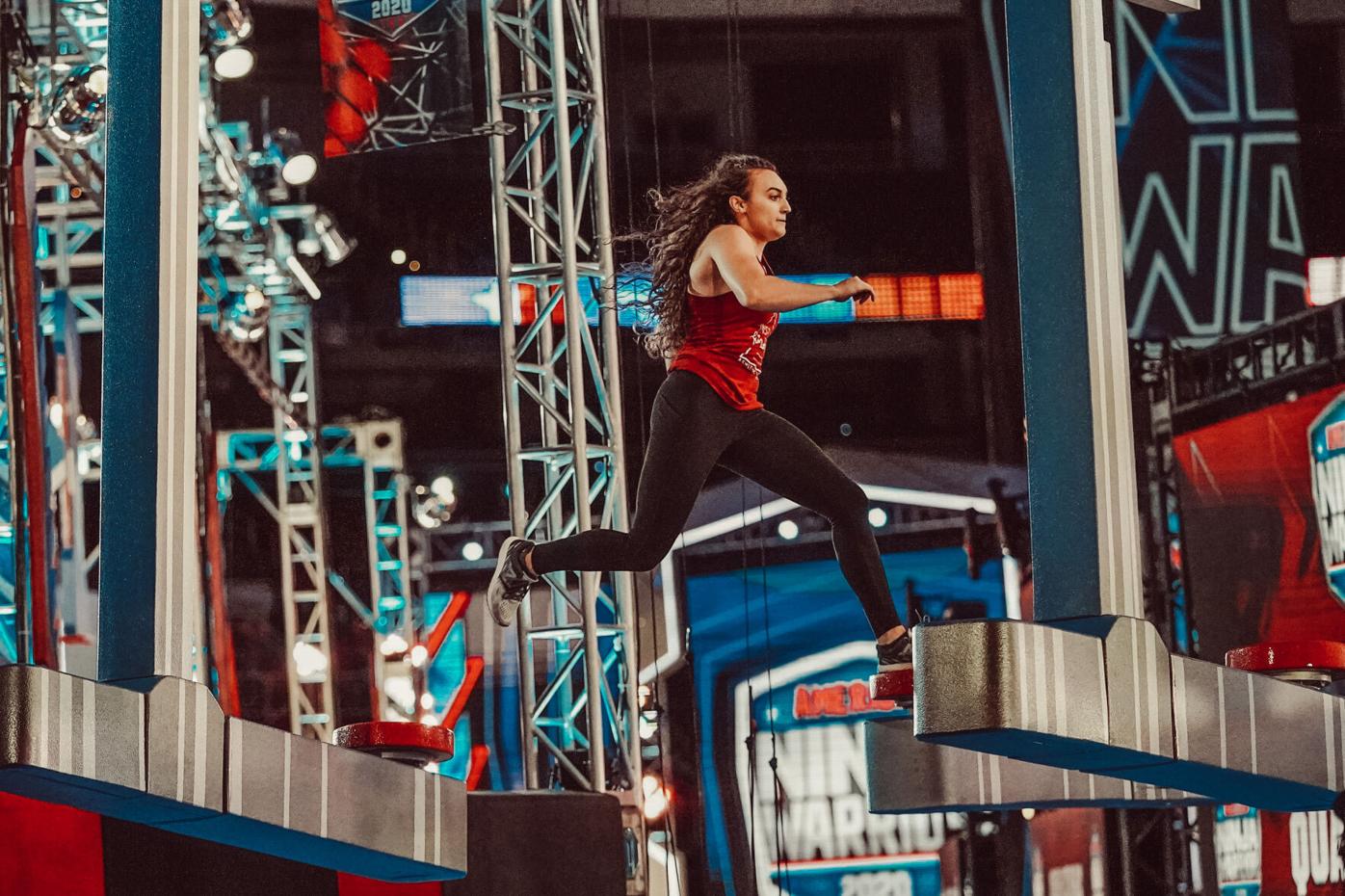 This is the second time Ashley McConville competed on American Ninja Warrior. 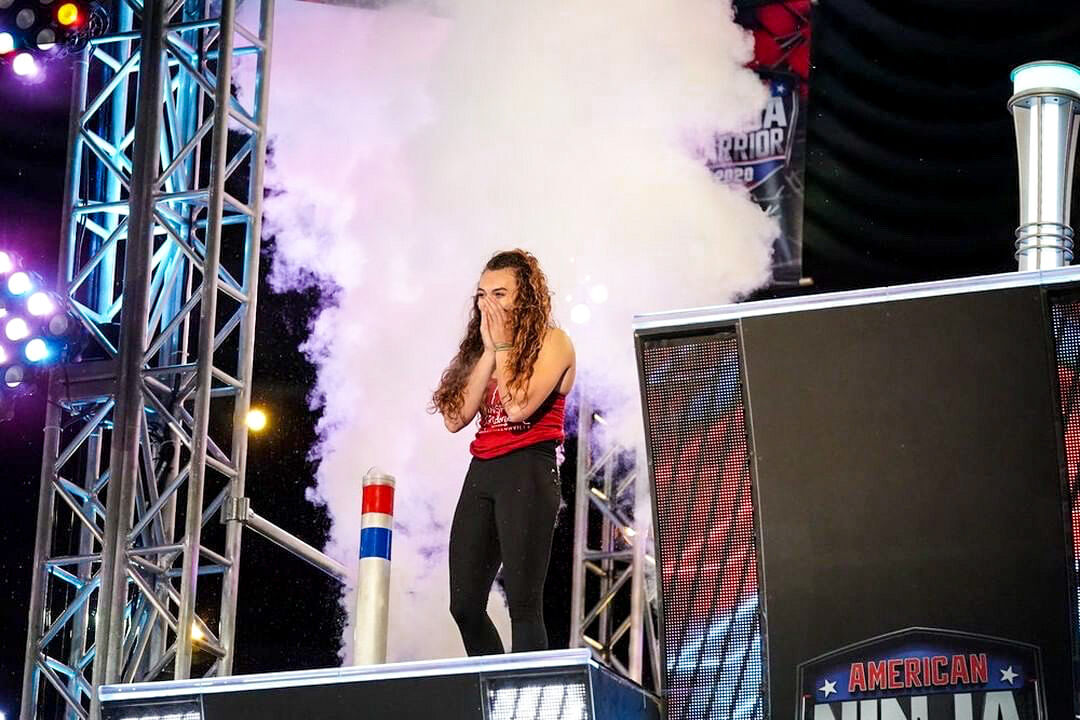 Ashley McConville completes the obstacle course on “American Ninja Warrior,” securing her spot in the semi-finals.

This is the second time Ashley McConville competed on American Ninja Warrior.

Ashley McConville completes the obstacle course on “American Ninja Warrior,” securing her spot in the semi-finals.

NORTH PORT — Ashley McConville dreamed of competing on “American Ninja Warrior” since she was 13 and first saw the obstacle course competition show on TV.

Now at 20, the North Port woman is among the top three women on the show.

And unlike her run in 2019, when she slipped from the Off the Hook portion for a surprising early exit, she looks poised for a run at the championship.

McConville’s timetable to a spot the show isn’t what she’d originally planned. She said she planned to apply after she finished college, since the previous age limit on the show was 21. When that changed, she took her shot and it paid off.

Her path to the show started even before she first saw it seven years ago.

McConville began gymnastics when she was 6, working her way up to a Level-10 gymnast, the next-to-highest level. She attended North Port High for two years, then transferred to Florida Virtual School, to allow her the time to continue her gymnastics practice.

When she turned 18, she decided to transition from gymnastics to ninja competition. She said she prayed a lot about the decision, she said, and ultimately decided it was the right move for her to make.

It was around that time she met trainer Jason Bergstrom. She said Bergstrom, a veteran of “American Ninja,” told her she looked strong, and asked if she had ever done any ninja obstacle course training. The rigorous ninja courses develop your upper body, agility and balance.

Bergstrom owns Jungle Gym in Seminole, primarily a ninja gym, but he hadn’t opened at this time. His son Caleb, who is McConville’s boyfriend, invited her to train in their backyard, where they had set up “devil steps.” These are a wooden set of the underside of a staircase, which an athlete climbs using only their hands.

They also use bars to hop up to a set of rungs, where you swing from one bar to another.

A few months into her training and the same year she turned 19, American Ninja Warrior changed its policy, allowing 19-year-olds to compete.

McConville was commuting 90 minutes each from North Port to Seminole to train every day. She moved to be closer to the gym, where she also works full-time as a coach.

The first time McConville competed on the show in 2019, she was eliminated after falling from the second obstacle, Off the Hook. It was disappointing.

“Coming off falling off the second obstacle, it’s really disheartening and sad when that happens,” she said. “It pushes you to train harder, because you’re like, ‘I’m going make sure this doesn’t happen again.’”

This time around, the competition was different, as a result of the pandemic, McConville said. The competition took place in St. Louis, Missouri, in mid-July and filmed for two weeks.

Typically a season has anywhere from 600 to 800 competitors, but this season was limited to 150, and there was no in-person audience. However, as competitors ran the course, family and friends appeared on a virtual platform and could cheer on their loved ones live.

McConville’s family got to watch as she ran the course and cheer her on from afar.

“It took a lot of the pressure off not having an audience,” she said, adding that she didn’t feel like she would let anyone down if she fell. “No matter how I perform, it’s not really going to change. I’m still going to be surrounded by all this love,” she said.

McConville said she was excited to see how much the show featured her uncle David, who has Down syndrome. She said he is more like her best friend and he loves her ninja competitions. He views her as a superhero, she said. Every time he sees her now, he mimics her hitting the buzzer, imitating the sound it makes.

“I knew it would mean a lot to him to watch me on the show,” she said.

On Oct. 5, the show’s fans will see McConville competing in the semifinals on NBC. McConville secured her spot in the semis after placing second among 150 other competitors in qualifying rounds. Neither she nor her family are allowed to talk about the show’s results before they are shown on the air.

As for McConville, she is focused on training hard for next year’s competition, in addition to other competitions outside the show. Ninja goes all year round, so there is no off-season, she said.

“I’m going to keep trying to push myself to my limits and see how strong I can get,” she said.

You can follow McConville on her Instagram page and see videos of her competing. Her page is at: instagram.com/ashley_mcconville