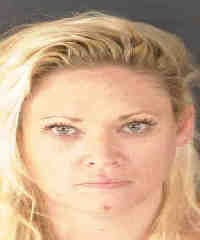 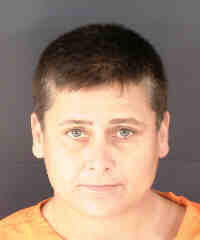 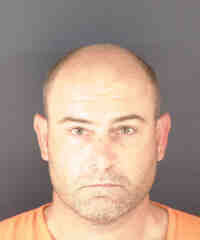 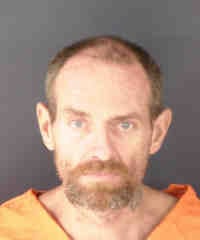 When officers arrived, they found the man had been badly beaten. He said he had been held at gunpoint and kidnapped from a home in North Port, then bound with zip ties and brought to a trailer in the Myakka Mobile Home Park, where he was beaten by people using a club and a small safe, report show.

He said he was able to escape when his ties were loosened.

The man said he had taken items from Stephanie Draine's home in the mobile home park, and called her to return them, court records show.

Deputies said it was during the meet-up in North Port that Draine, Richards and Arthur kidnapped him. He and Richards had a "physical confrontation," then Arthur pulled out a gun and forced into the back seat of a vehicle.

The suspects took the man to Draine's home in the Myakka Mobile Home Park at U.S. 41 and River Road, where he was beaten for several hours, zip tied, gagged and struck with several items, including a small club and a safe, according to the affidavit.

The man sustained shattered eye sockets, bruising and lacerations to his wrists, ankles and throat. He spent two days in a local hospital.

Deputies charged Stephanie Marie Draine, of the 2700 block of Shady Lane, North Port with aggravated battery, aggravated assault with a deadly weapon, and kidnapping. Her bond was set at $90,000. North Port Police also charged her with possession of methamphetamine with intent to sell, possession of drug equipment, and resisting an officer without violence. Her bond for those charges was $9,500.

Melissa Dawn Arthur, of the 11100 block of Oceanspray Blvd., Englewood, was charged with kidnapping and aggravated battery with a deadly weapon. Her bond was $200,000.

On Oct. 29, deputies charged Franklin John Pancek, of the 9000 block of S. Tamiami Trail, Venice with kidnapping, aggravated battery and aggravated assault with a deadly weapon. He was in the Sarasota County Jail on Tuesday, held on $300,000 bond.