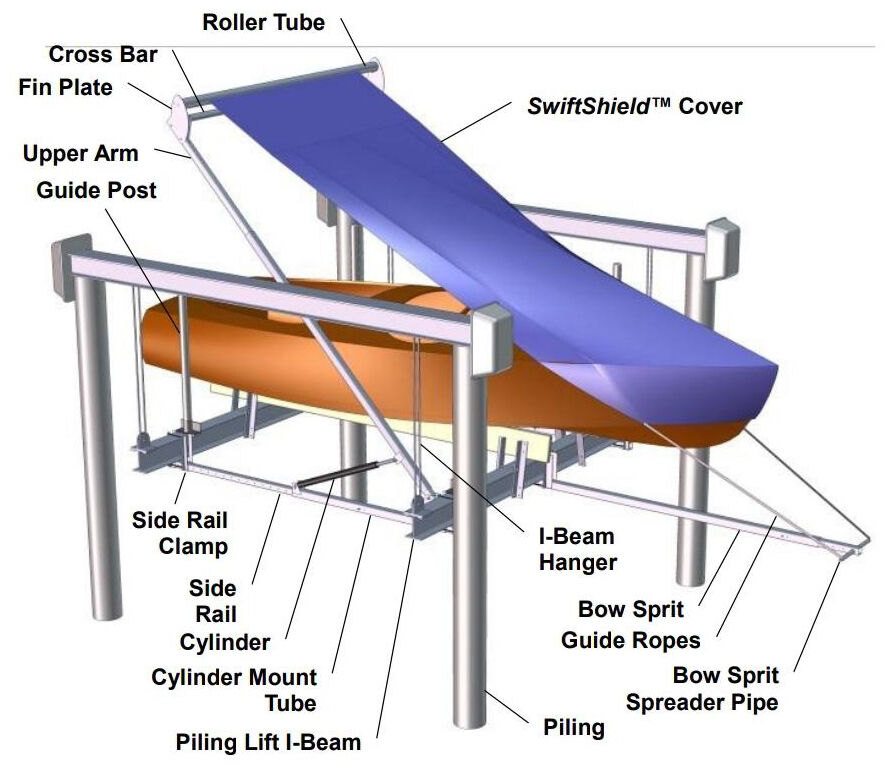 A graphic shows the mooring cover assist system and how it operates and attaches to a boat lift. 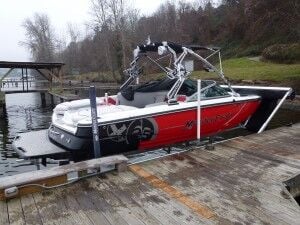 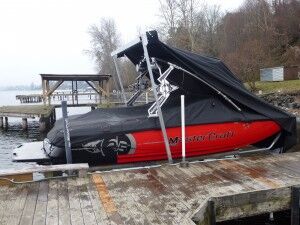 The Sunstream SwiftShield automatic boat cover system is in the process of covering a boat. 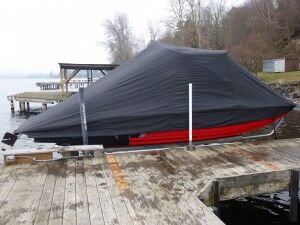 A graphic shows the mooring cover assist system and how it operates and attaches to a boat lift.

The Sunstream SwiftShield automatic boat cover system is in the process of covering a boat.

PUNTA GORDA — Automatic boat covers will now be allowed in the Punta Gorda Isles and Burnt Store Isles canal systems despite dissent from members of the community and City Council members who think the systems are unsightly and even unsafe.

Such automatic boat cover systems are powered by hydraulics and operated with a remote control, and it attaches to most boat lifts

“What would happen in case of a hurricane?” said Vice Mayor Lynne Matthews at Wednesday’s City Council meeting. “How do these systems get monitored? There are still a lot of questions that need to be finalized.

“(And) while it may be reasonable for some, there is a vast majority of people not in support of this. I think until we have a way (to do that), which we don’t have, I don’t think it should be in this document.”

The cover systems, referred to as “mooring cover assist systems” by the city, were presented as part of a larger document rewriting Punta Gorda’s code for vessels, docks and waterways.

The systems would be a benefit to many of the city’s older or handicapped boaters who might have trouble covering a boat on their own.

“This is something that our community needs, especially with the age of our community,” said City Council Member Jaha Cummings.

Prafke echoed that sentiment, saying that it was a “common sense solution” at a City Council meeting last month on the issue.

Both Matthews and City Council Member Debby Carey voted at Wednesday’s meeting against allowing the systems.

The approved system is a fully automatic cover system, powered by hydraulics and operated with a remote control, and it attaches to most boat lifts.

The systems consist of two mechanical arms that will roll the cover from front to back or vice versa over the vessel.

“The mooring cover assist system, which is the automated/manual mechanism (not the mooring cover), was (previously) not permitted because it has a structural component,” City Communications Manager Melissa Reichert told the Sun. “With the new ordinance, a mechanical assist system as defined (rolls and unrolls the cover and where all components are at or below the seawall) is allowed.”

A mooring cover, or boat cover, is the fabric covering put on a vessel when its not in use, and those have always been allowed by the city as long as there is no structural component.

“It’s not anything more than a mooring cover that you see now, except it makes it a little easier for those that are handicapped to put over their boat and snap it down,” said City Council Member John Miller at the meeting.

“It doesn’t stick up high,” Miller continued. “That was one of the comments that were made that it should not go over the lift level, and these don’t. I think that the discussions that we’ve had already are sufficient in this case.”

The City Council did encourage city staff to reevaluate their methods of monitoring code-related issues in the city waterways moving forward. How that will change could not be determined.

Residents looking to install a mooring cover assist system are required to have a permit from the city.

“(So) if I, as a neighbor, call (the city) and say that during the last hurricane the cover was shredded and the parts in the water were covered in barnacles and it was a horrible eyesore, we would have the right to say to that neighbor, ‘you need to fix this,’” City Council Member Debby Carey said at Wednesday’s meeting.

The company has two “significant” dealers in the Tampa area and another in Marco Island.

“(Those dealers) routinely install SwiftShields on canals,” wrote Julie Gazda, Sunstream’s vice president of Marketing, in an email to the Sun. “I am not aware of any issues or controversy specific to canal installations, nor have I heard of any canal-related issues.

“The customers I’ve spoken with have been very happy with their SwiftShields because they don’t impact their views and are great protection from UV damage to paint and interiors — which is a significant problem in Florida.”