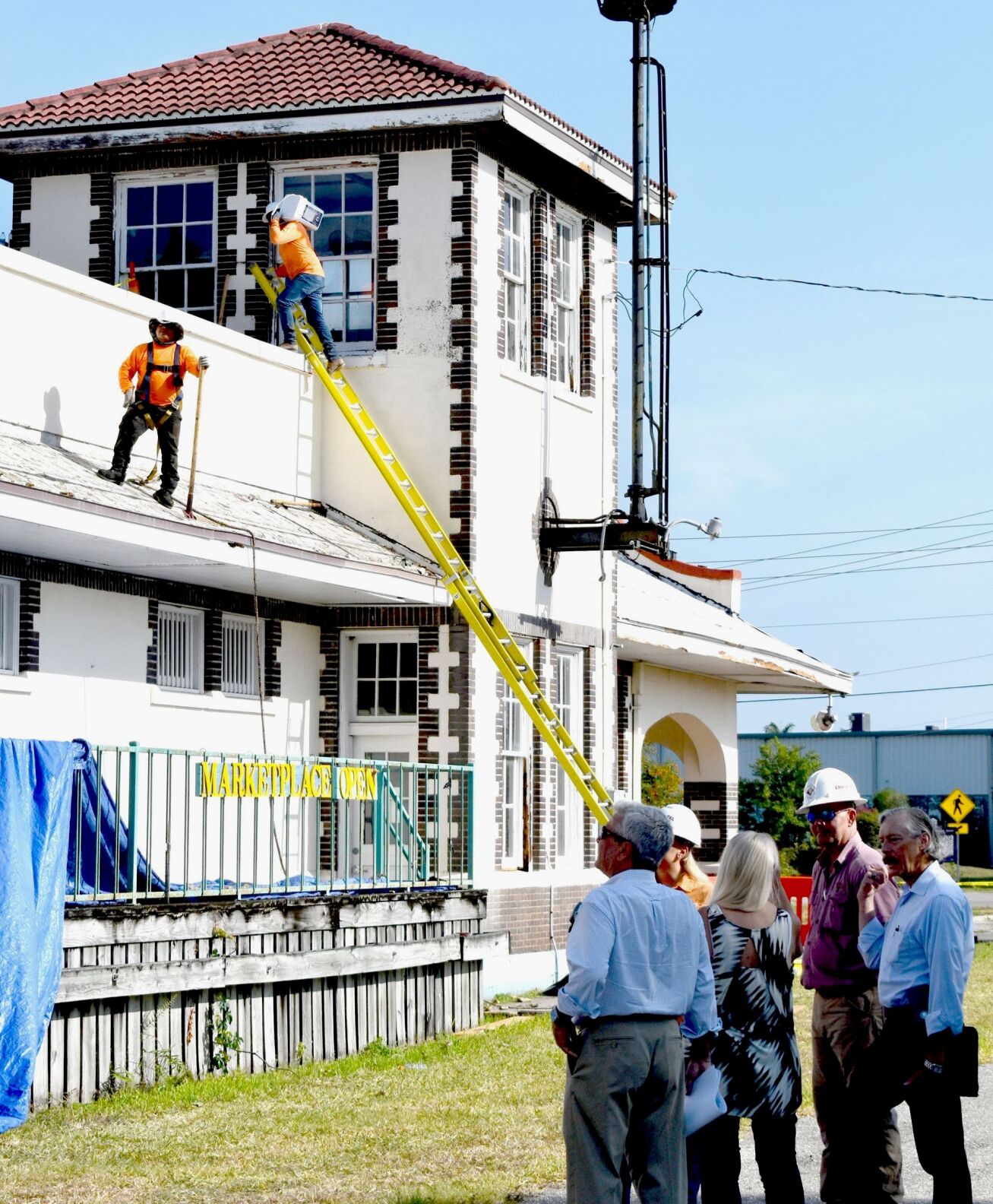 Work has begun to restore and preserve the almost century-old Historic Punta Gorda Train Depot on Taylor Street in Punta Gorda. The project team looks on as workers remove pieces of the old roof that was heavily damaged during Hurricane Irma in 2017. 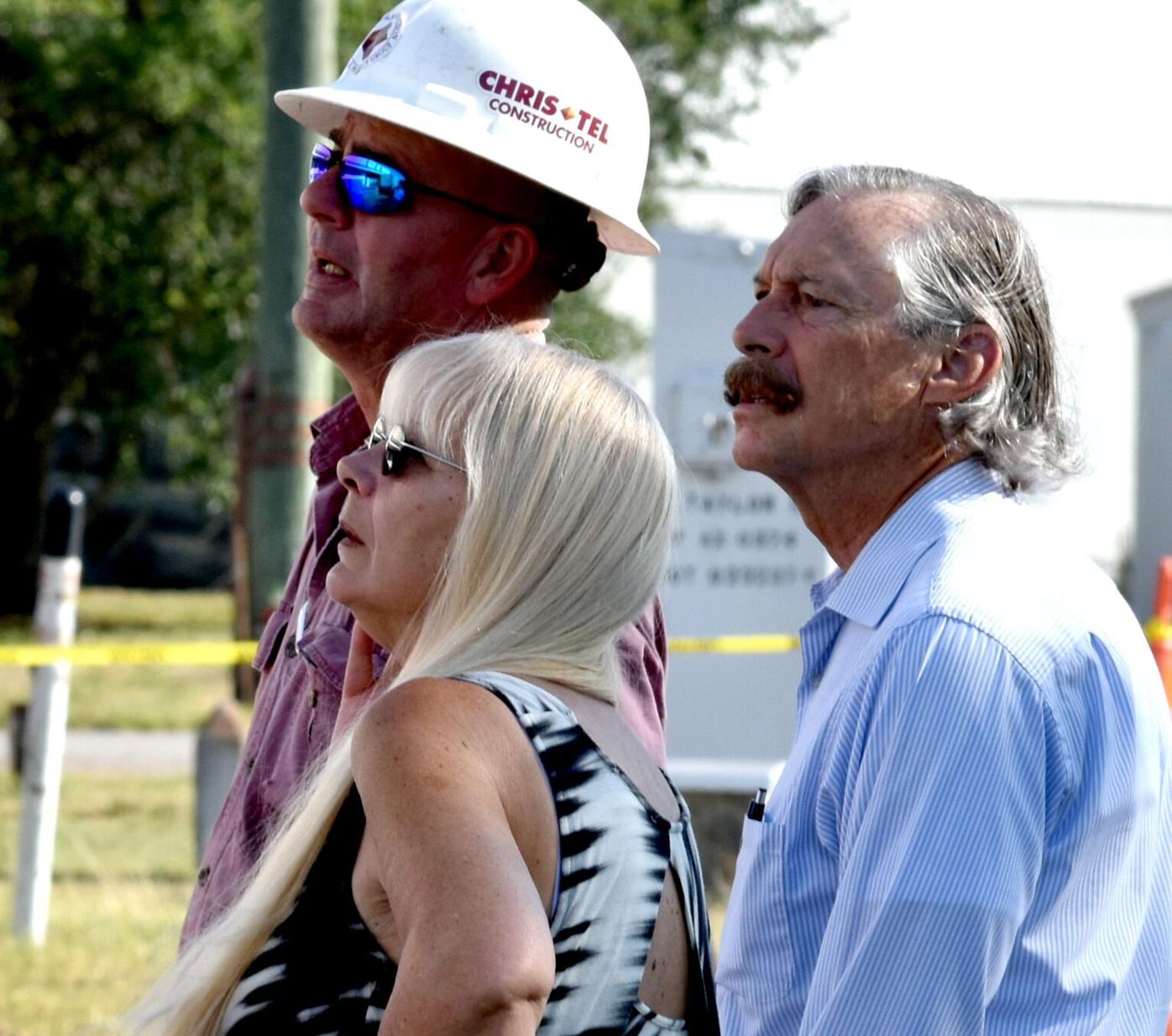 Bob Morgan (back), Tyler F. Patak (right) and Sandy Moon eye work that has already been done as part of the project to restore the Historic Punta Gorda Train Depot.

Built in 1928, the building is the only survivor of six depots built by the Atlantic Coast Line around that time and played a significant role in the success of both the fishing and railroad industries in Punta Gorda from 1913 to 1939.

“To bring this history back is so much fun and they make for great projects because you can just walk through and imagine all the activity that’s gone on here — year after year, after decade, etc.,” said architect Tyler F. Patak, of Parker/Mudgett/Smith, who’s part of the restoration project team. “To be able to work and rehabilitate these things so that other people can walk through and imagine what happened in these spaces is very fulfilling.”

Located at 1009 Taylor St., the historic structure was damaged during Hurricane Irma in 2017, causing a variety of issues inside and outside of the building.

The Punta Gorda Historical Society — a local nonprofit that oversees the depot and other historical structures in the area — received a $341,729 federal grant in January for the restoration project.

“We are so pleased to finally see the project coming together to restore this historic architecture,” said new PGHS Executive Director Sandy Moon. “The funds available with this grant will secure the entire envelope of the building (in that) the exterior of the building will be restored.”

Moon went on to say that they will be seeking restoration grants in the future to fix issues on the inside of the depot.

The first phase of the project is estimated to take 12 to 14 weeks. The antique mall and museum remain open during construction Tuesday through Saturday.

Moon said maintaining the historic integrity of the building does cause some issues along the way.

“The clay roof tile originally on the depot (for example), is no longer manufactured, so finding a similar clay tile that is available, matching the original hardware for doors and what type of insulation is approved to keep with the historic preservation can be complicated,” she said.

Chris-Tel Construction has been contracted to carry out the restoration work, which includes replacing the roof, windows, doors and fascia, as well as other repairs and repainting that is necessary for the project.

Bob Morgan, Chris-Tel superintendent, said you have to be careful with projects like the depot.

“It’s a fragile building and there is a lot of weight that needs to go up on the roof, so you have to be careful of how you lay materials on there — spread the loads out — not to damage anything,” Morgan said.

“Not to mention with roofing — I know it’s not rainy season yet, but we’re coming into it — so we have to ensure the building stays dry and the entire envelope is sealed every single night so we don’t get any water intrusion or damage to the structure or the contents.

“This causes a lot of extra work with the care needed to take care of the building and preserving the structure.” 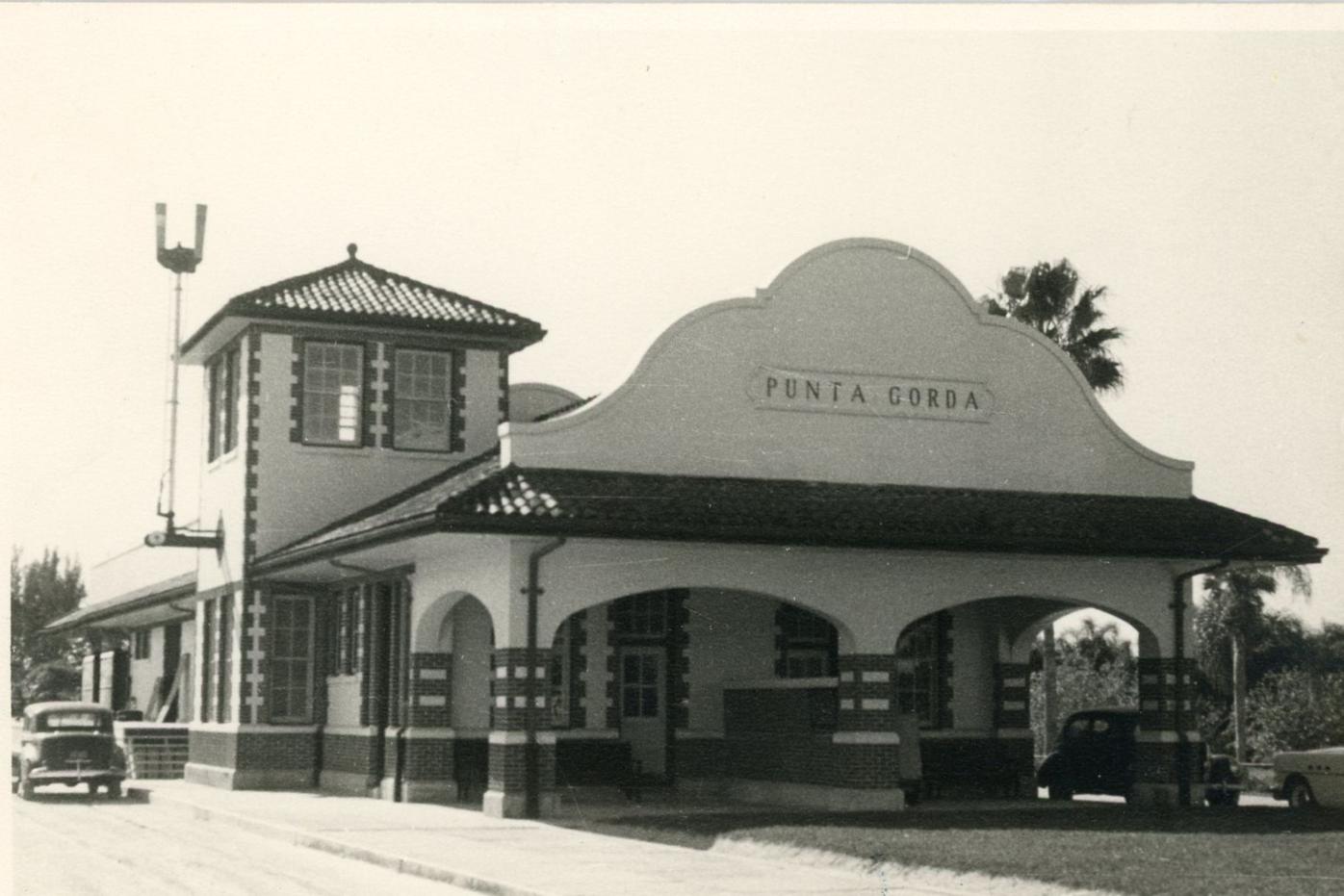 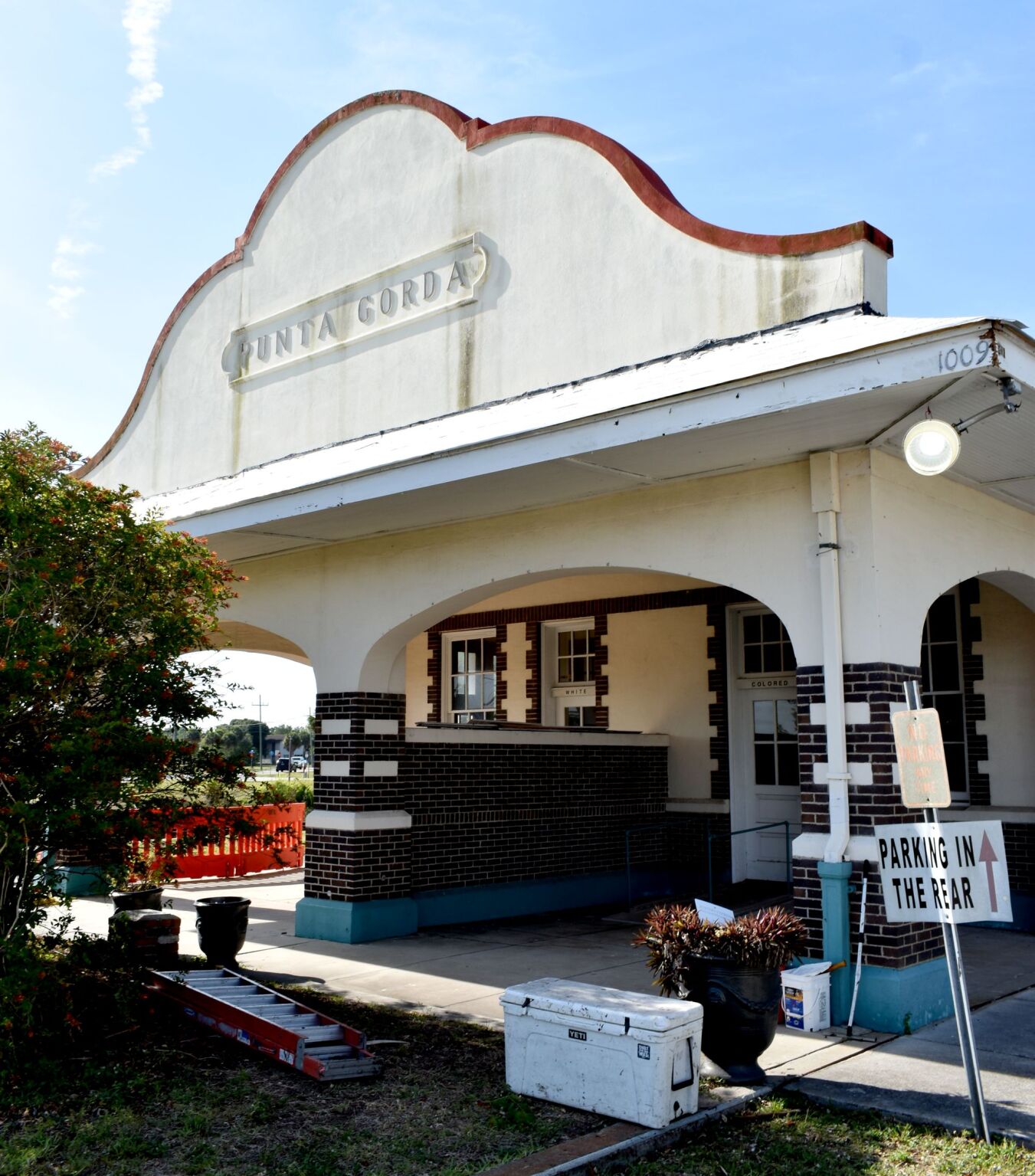 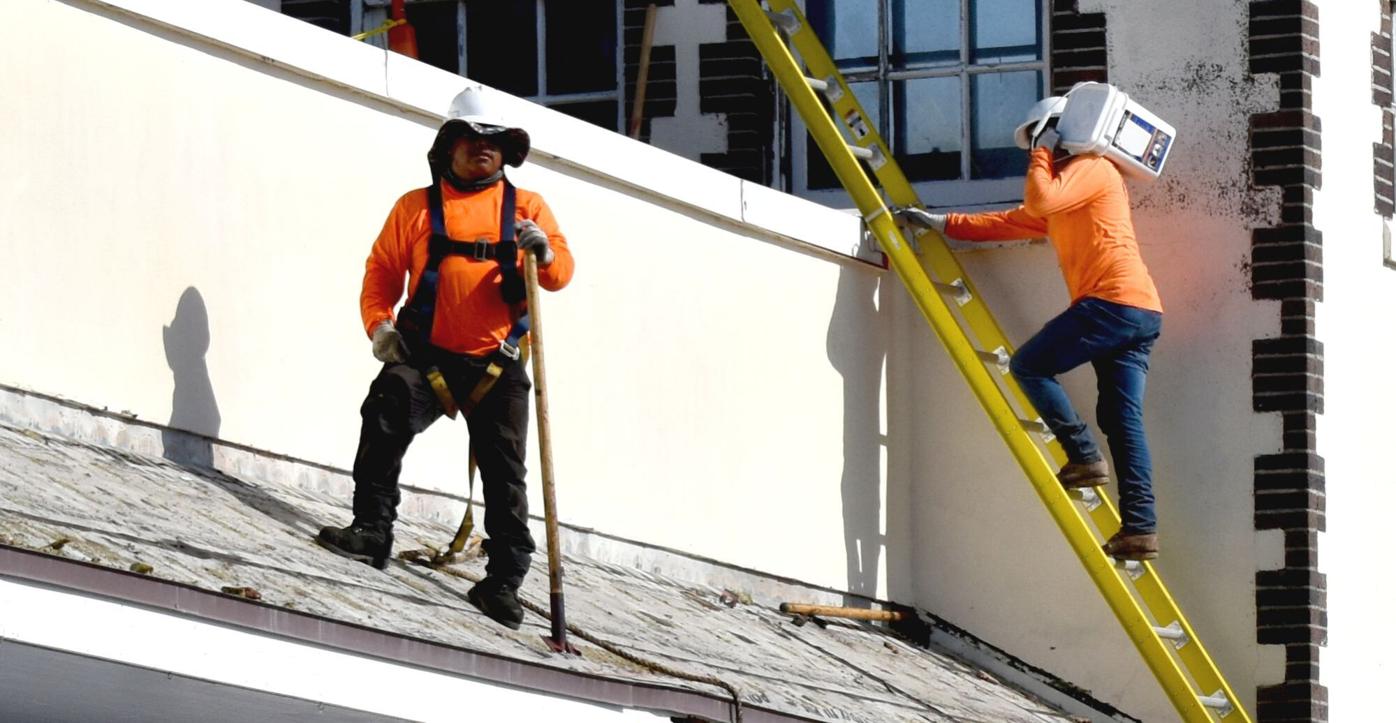 Workers bring supplies up to the Historic Punta Gorda Train Depot roof that is in need of repair due to lingering issues from Hurricane Irma in 2017. 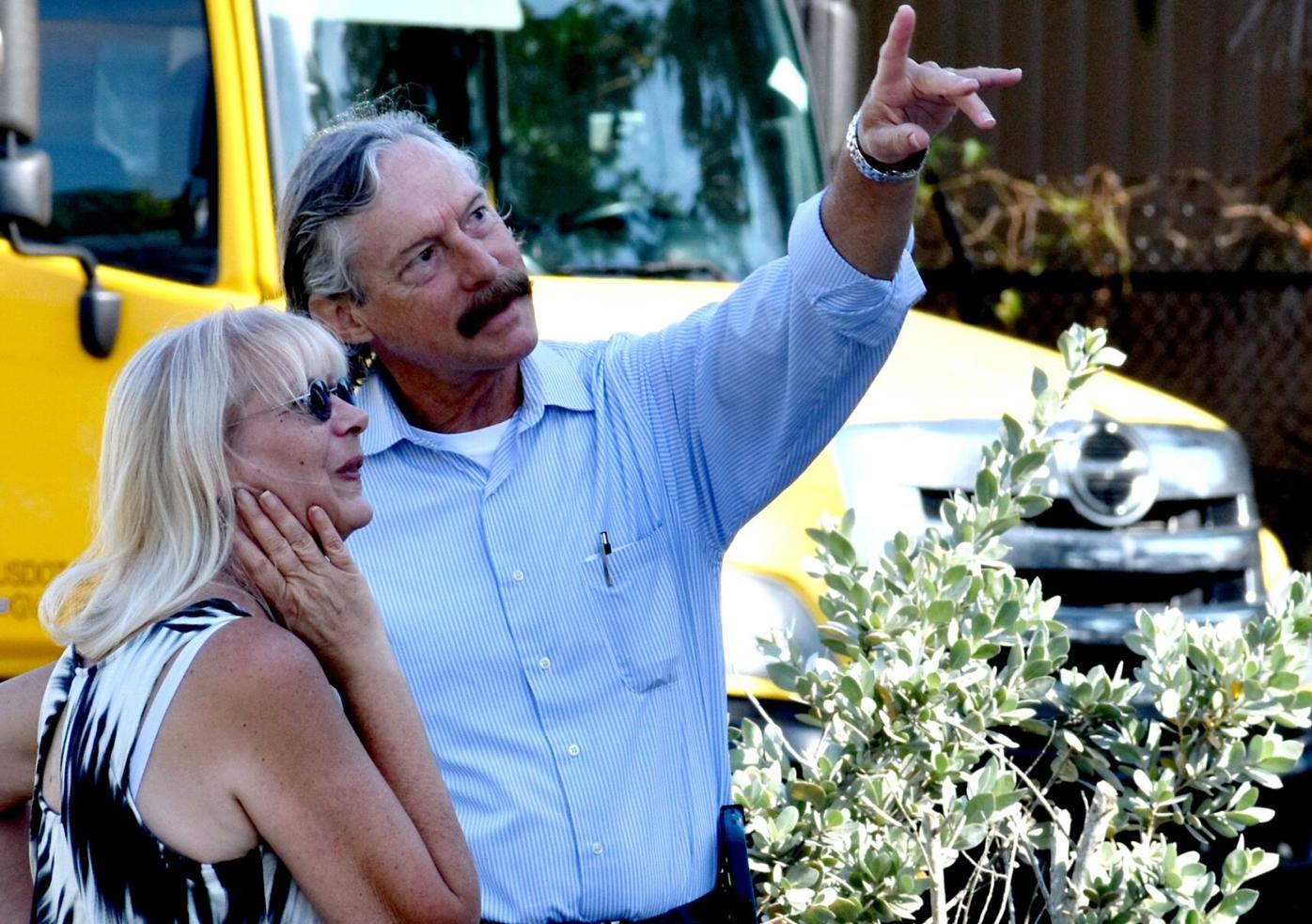 Architect Tyler F. Patak and Sandy Moon, of the Punta Gorda Historical Society, look at areas that need work on the overhang of the Historic Punta Gorda Train Depot. 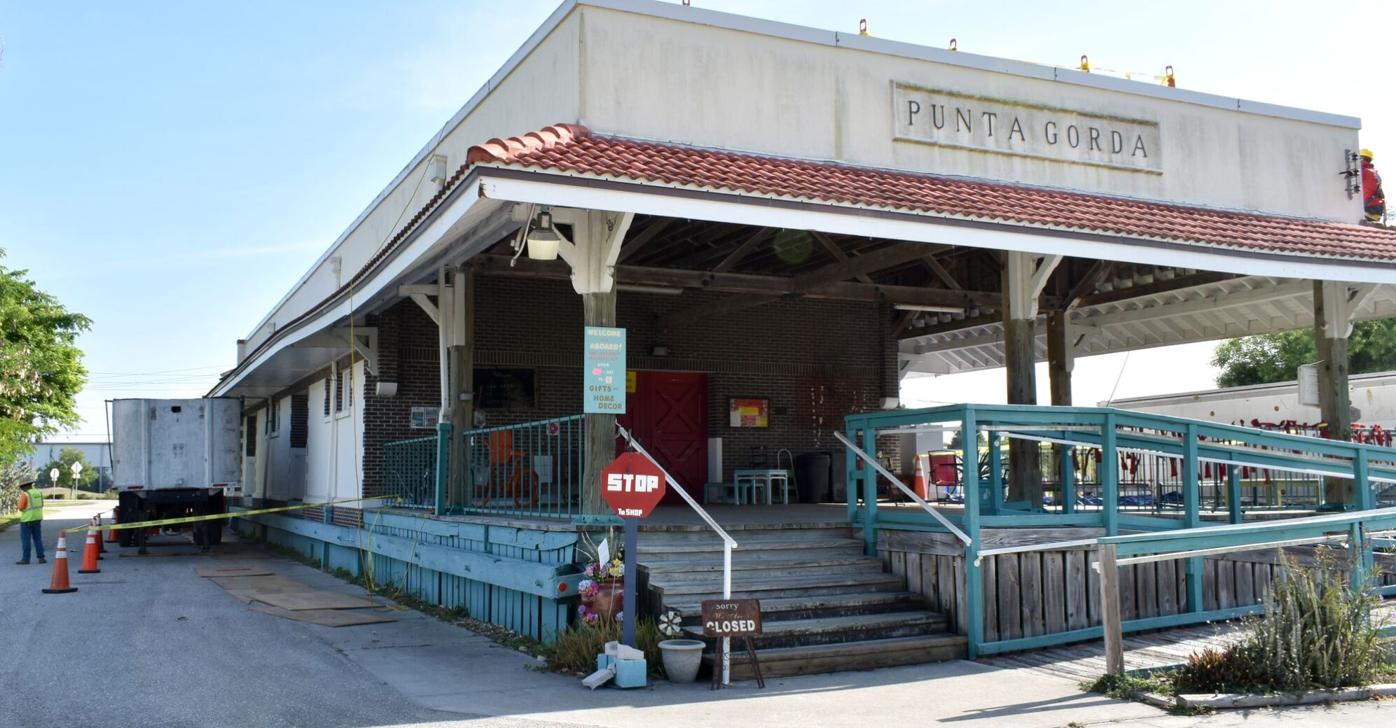 Workers remove old clay tiles from the Historic Punta Gorda Train Depot roof and overhang that need repair due to lingering issues from Hurricane Irma in 2017. 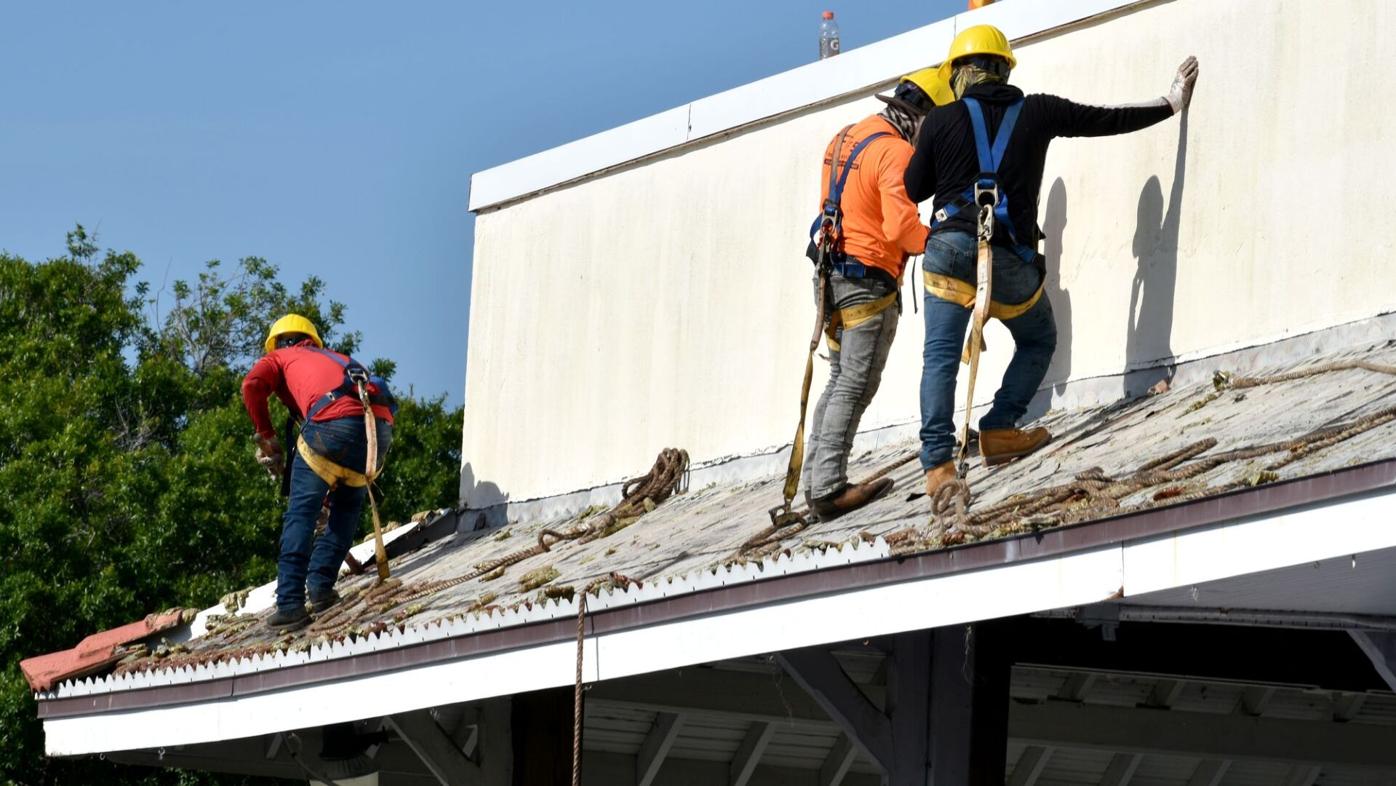 Workers remove old clay tiles from the Historic Punta Gorda Train Depot roof and overhang that need repair due to lingering issues from Hurricane Irma in 2017.

Morgan said he lives for the historic projects despite the extra work.

“You can’t just run in and slam it out like a residential home, but I get such a rush out of this,” Morgan said. “We’ve done so may historical projects in the (Southwest Florida) area. I just love what I do.”

“We have to keep the history alive,” he continued. “I’m so tired of seeing everything knocked down. We’ve got to preserve our history before we lose it all.”