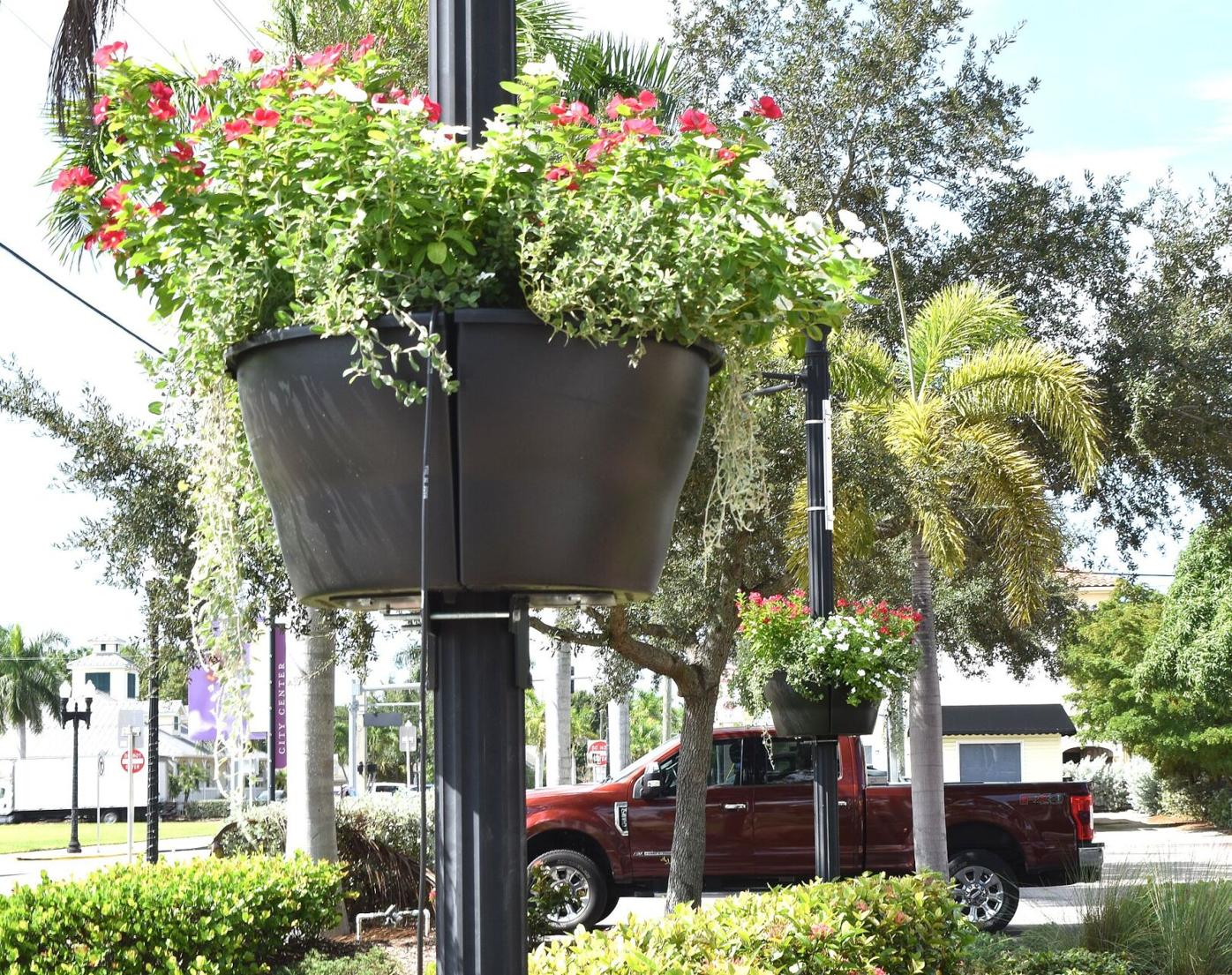 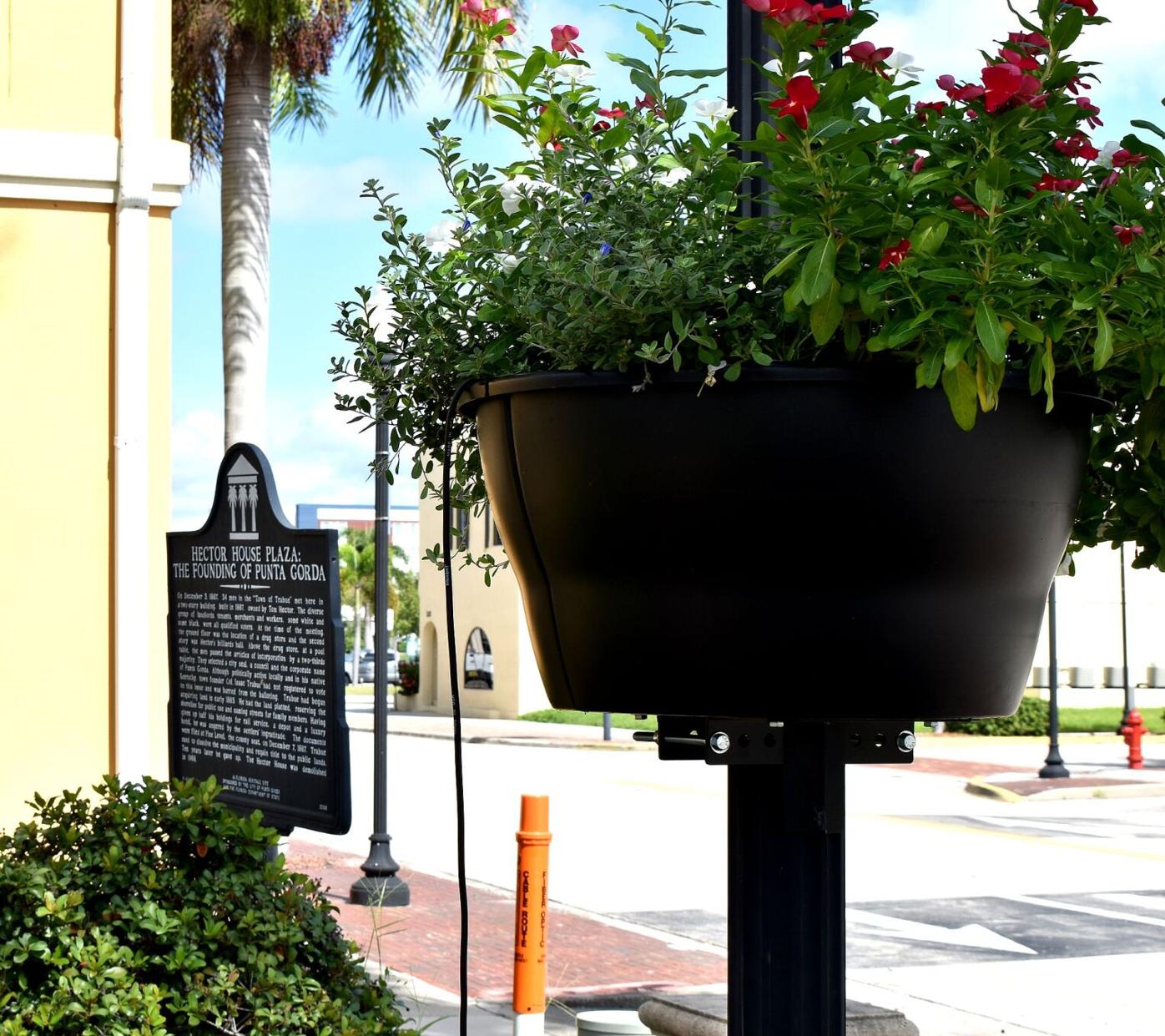 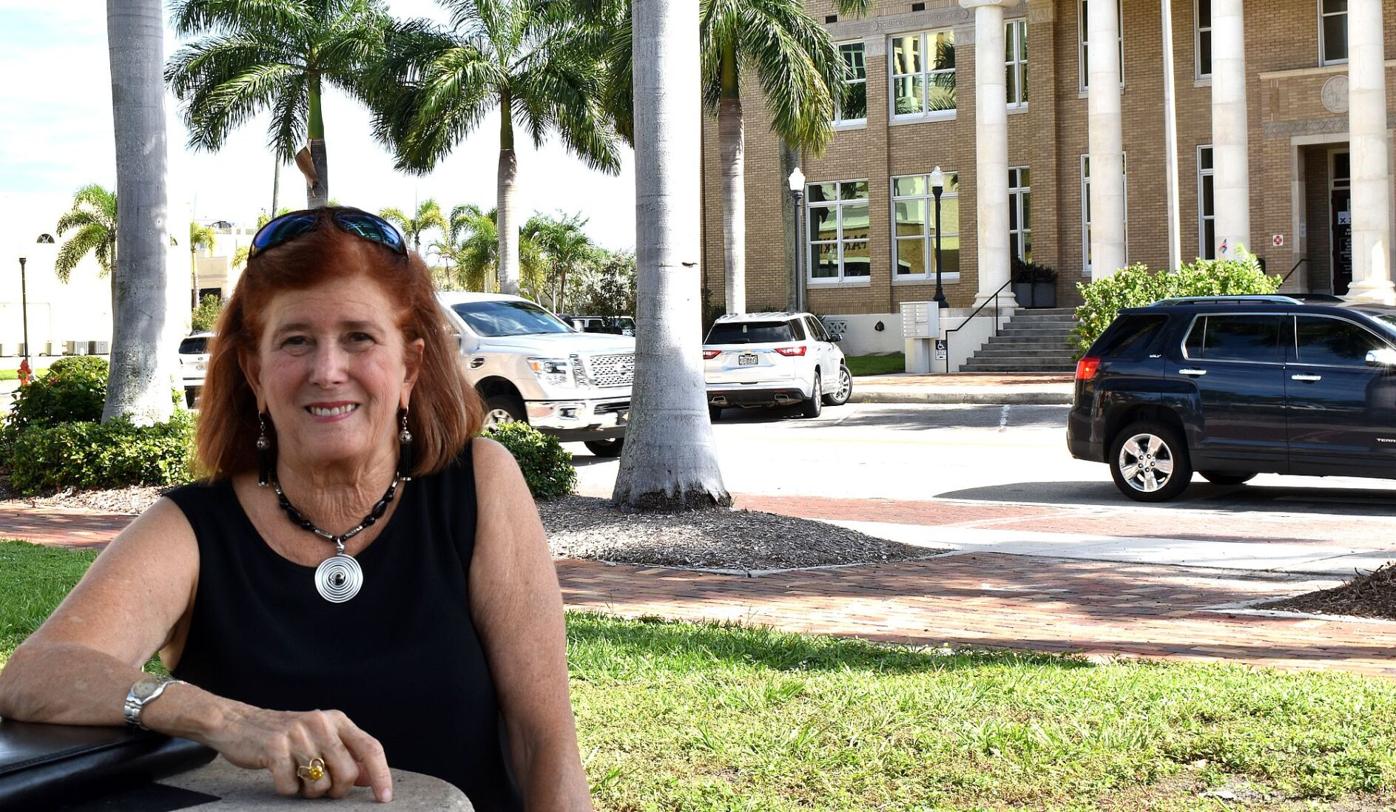 “The notion (of the project) is to beautify downtown with container landscape,” said TEAM CEO Nancy Johnson. “There may be some spots for ‘in-the-ground’ landscaping later, but mostly it’s a container project.”

Planters packed with flowers are being added along Taylor Street by the project’s committee which is made up of volunteers from TEAM, the Punta Gorda Isles Green Thumbs and the Garden Club.

The next effort will be on the sidewalks outside of the the Historic Charlotte County Courthouse and then north on Taylor Street to Marion Avenue.

“It is strange times (right now with coronavirus) and it’s important that we get our volunteers working on projects that are safe that we can still do during the pandemic.

“Some of these outdoor projects are perfect for that. They don’t involve more than a few volunteers at a time. They are outdoors. There are still a few things that we can do safely and this is one of them.”

Johnson said the project is the brainchild of Richard Polk, leader of the PGI Green Thumbs, a group formed to oversee and landscape the Punta Gorda Nature Park.

Punta Gorda in Bloom is a local affiliate of the America in Bloom organization, which provides member communities with education and examples of what flowers, plants, trees and other environmental enhancements can do for the community spirit.

“One of the strong reasons we are doing this is to give the merchants in the downtown a lift right now,” Johnson said. “It’s terrible times and people could use something positive happening downtown to focus on. So many business are just trying to hang on but at least they can have pretty flowers and an attractive street to do business on.”

Initial funding for all materials has been donated by local resident and entrepreneur, Alan Schulman. TEAM has also hired a private irrigation company to water the plants.

The total pilot project has a budget of $20,016, according to city documents.

The Punta Gorda Council has authorized the volunteers to landscape Taylor Street between Olympia and Marion avenues as part of the pilot project; however, future phases beyond Marion are already in the works.

“Alan is the angel that funds and plants the plantings in the Punta Gorda History Park every year as a volunteer. He is funding this Taylor Street pilot,” Johnson said. “We want to work on the Christmas Tree corner next (on West Marion Avenue and Taylor Street).”

Johnson went on to say that their current phase is expected to wrap up by the end of October.

“By Halloween, Taylor Street will be blooming,” Johnson said.