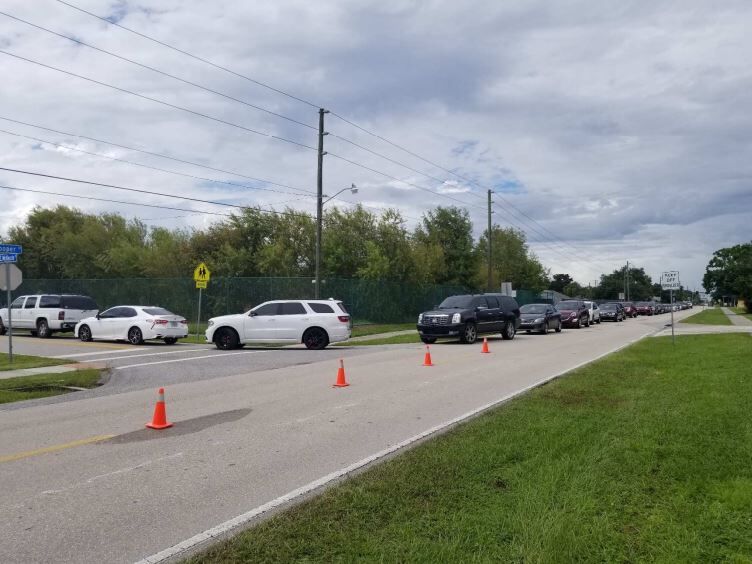 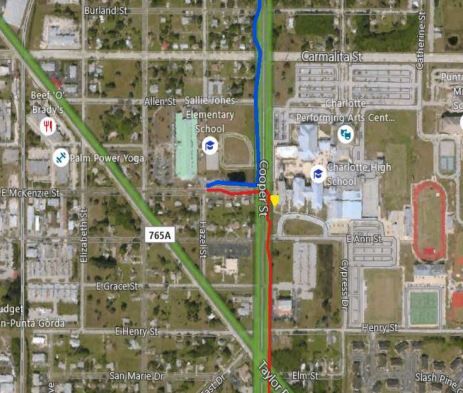 PUNTA GORDA — New traffic signs are in the works for the intersection of Cooper and East McKenzie streets to help keep parents in line during pickup times at Sallie Jones Elementary School in Punta Gorda.

The designated route at Sallie Jones — southbound on Cooper Street and right on McKenzie Street — is being ignored by some parents, clogging up both south and northbound lanes on Cooper.

“We have parents that go southbound on Cooper Street and they are supposed to turn right into Sallie Jones,” said PGPD Lt. Justin Davoult at a recent City Council meeting. “While they’re doing that — they’re instructed to go that route — we have a lot of parents that come northbound (instead).”

“When that happens (with) parents who are not abiding by going southbound,” Davoult continued, “the traffic builds up and then it wraps all the way around Sallie Jones Elementary School and down Allen Street.”

The sign will indicate “no left turn” during a certain time of the day, Monday through Friday in the morning and then in the afternoon.

A timeline for the project could not be determined.

“The sign would indicate to parent pickup drivers that that is not the correct route and would at least open up the northbound side of Cooper Street,” Davoult said. “(It) would alleviate a lot of the traffic on Cooper Street.”

PGPD has tried different scenarios to prevent parents from using the northbound lane but continue to have issues, according to Davoult.

“We try to do things such as putting cones down the sideline to stop that traffic from turning left but people go around the cones (or) they go over the cones,” he said. “We’ve (even) tried posting an officer and had cars try to drive around the officer.”

The City Council told city staff to move forward with adding the sign while urging PGPD to issue more citations when parents ignore the rules.