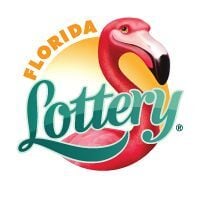 PUNTA GORDA — A Punta Gorda man is bringing home the big bucks after winning the $1.5 million Florida Lotto jackpot from a May 16 drawing.

James Edwards, who hit the Lotto, chose to receive the winnings as a one-time, lump-sum payment, leaving him with $1,284,201.50. Edwards bought the winning Quick Pick ticket from the Circle K at 3035 Tamiami Trail, Punta Gorda.

The store will get a bonus commission of $20,000 for selling the jackpot-winning ticket.

Also this week, North Porter Benjamin Evans, 49, claimed the prize from the $5,000,000 LUCK scratch-off game. Since lottery offices are closed, Evans claimed his win using a secured drop box at Florida Lottery headquarters in Tallahassee. “He chose to receive his winnings as a one-time, lump-sum payment of $760,000,” the Florida Lottery reported.

Evans bought his ticket at Publix, 1291 S. Sumter Blvd., North Port. The store will get a $2,000 bonus commission for selling the winning scratch-off.

Drawings are also available for viewing on the Florida Lottery website and on the Lottery’s YouTube channel.

Winning numbers are available on the Lottery website, at retailers statewide and by phone at 850-921-PLAY.