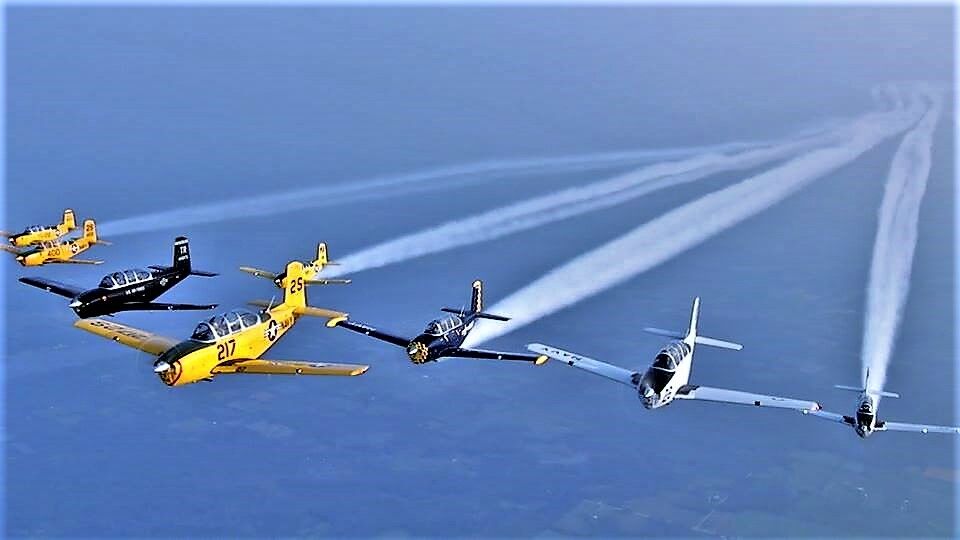 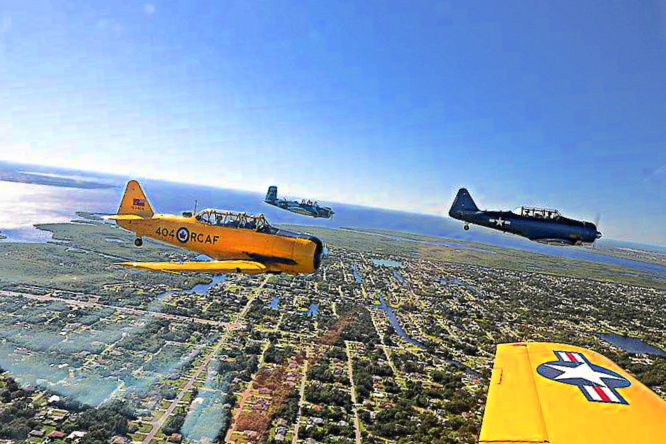 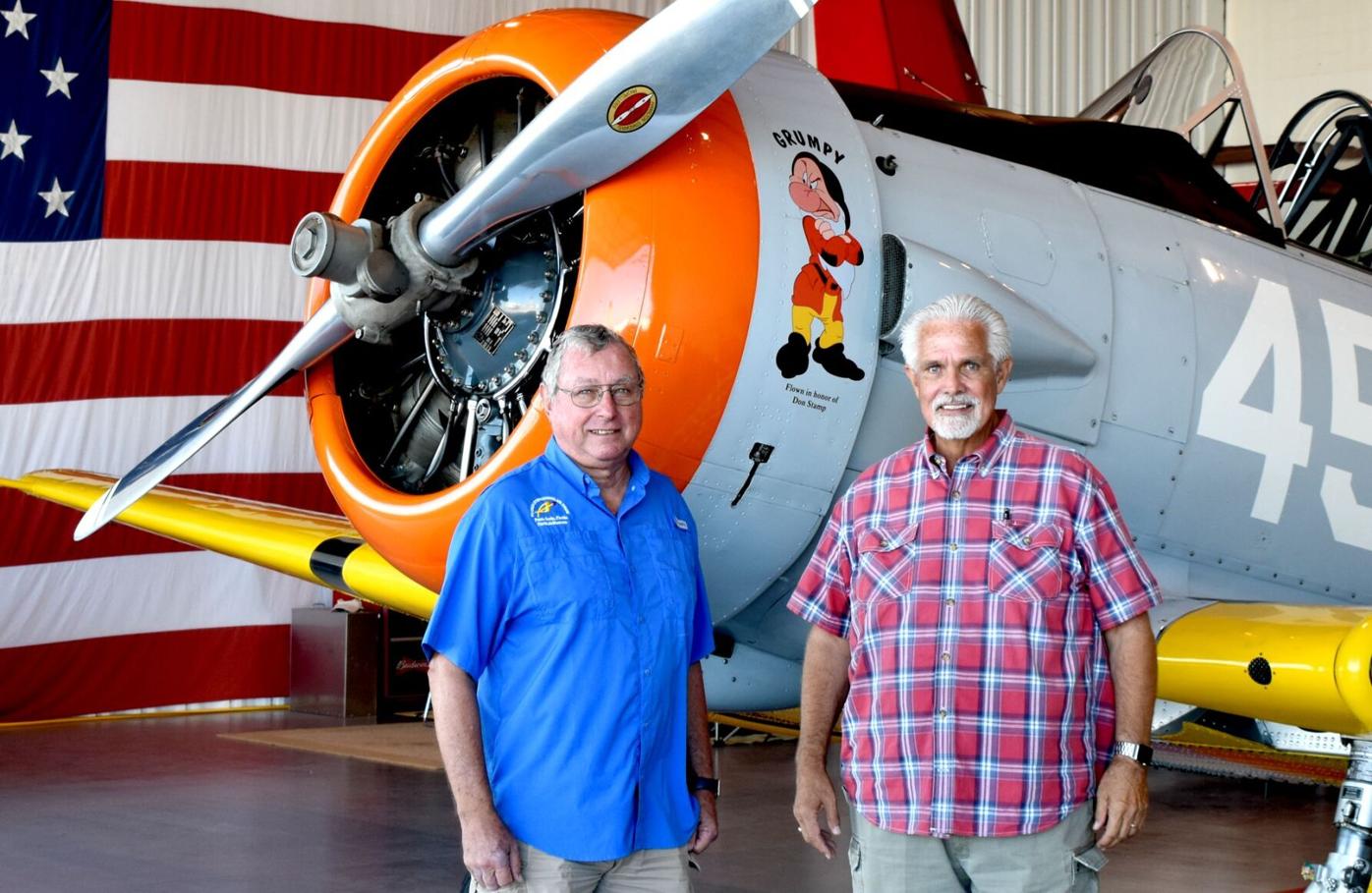 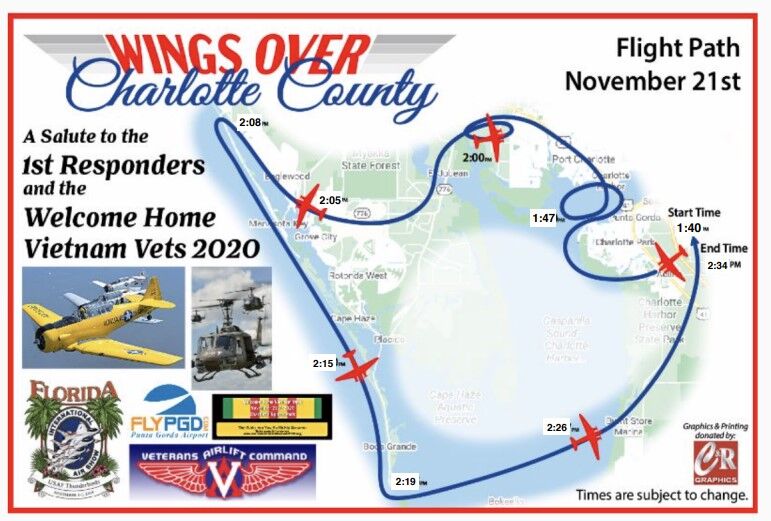 A map of the route planned for Wings Over Charlotte County flyover taking place as part of the Welcome Home Vietnam Vets 2020 event.

A map of the route planned for Wings Over Charlotte County flyover taking place as part of the Welcome Home Vietnam Vets 2020 event.

Where and when can you see the warbirds?

Around 2:05, they will pass through the Englewood area to the north of Manasota Key around 2:08 p.m.

They will then fly south along the key, arriving at the Boca Grande area between 2:15 and 2:20 p.m.

Pilots will then head east passing over the Burnt Store area and then back north to Punta Gorda Airport to land around 2:30 p.m.

Times are subject to change.

PORT CHARLOTTE — A glimpse of history will fly over Charlotte County later this month, as vintage planes from World War II, Korea and Vietnam take flight as part of the Welcome Home Vietnam Vets 2020 event.

Called Wings Over Charlotte County, the Nov. 21 flyover is a salute to first responders and healthcare workers, as well as a special honor to the nation’s veterans.

“We are going to put up a flight of warbird (vintage planes) to tour the area as a patriotic salute,” said Walt Fricke, who founded the Veterans Airlift Command, a nonprofit providing free air transportation to combat-wounded veterans and their families.

“If everything works out, we will have as many as four to six airplanes in a formation flight,” Fricke said. “Some of the guys who are flying in this warbird flyover are also volunteers with VAC.”

The aircraft formation will depart from Punta Gorda Airport at 1:40 flying over Charlotte Harbor.

Pilots will circle back over the event to perform the “Missing Man” formation honoring those lost in combat.

“ ‘Missing Man’ is when you fly by in a four-ship formation and one of the airplanes will turn off his lights and turn the smoke on and go up and west,” Fricke said. “That came from World War I era. When they would send a body back home, they would send it west. So when somebody died, they would say, ‘He’s gone west.’

“The rest of the flight flies by with that slot open to honor the missing man.”

The flight path will continue on to Englewood, flying over Manasota Key and Boca Grande beaches, returning over Charlotte Harbor from Boca Grande Pass and back to the airport.

“We’re doing that and we will fly out over the beach and back into town. It will be a lot of noise. I think everybody will know we’re here,” Fricke said.

“It’s a great honor to be able to do this to welcome the guys home,” he continued. “It’s an honor being a Vietnam veteran, and this is a way that they ought to be honored.”

FIAS President Stan Smith said their organization is happy to be involved with the Welcome Home Vietnam Vets 2020 event.

“It’s great for us to get involved,” Smith said. “I’m glad that the veterans called me to get involved. We are also going to have helicopters flying over Charlotte Sports Park.”

The helicopters are expected to fly over Charlotte Sports Park between 1 p.m. and 1:15 p.m.

For more information on the flyover, go to floridaairshow.com.

More information about the Welcome Home Vietnam Vets 2020 event and performances can be found at welcome homevietnamvets2020.org.