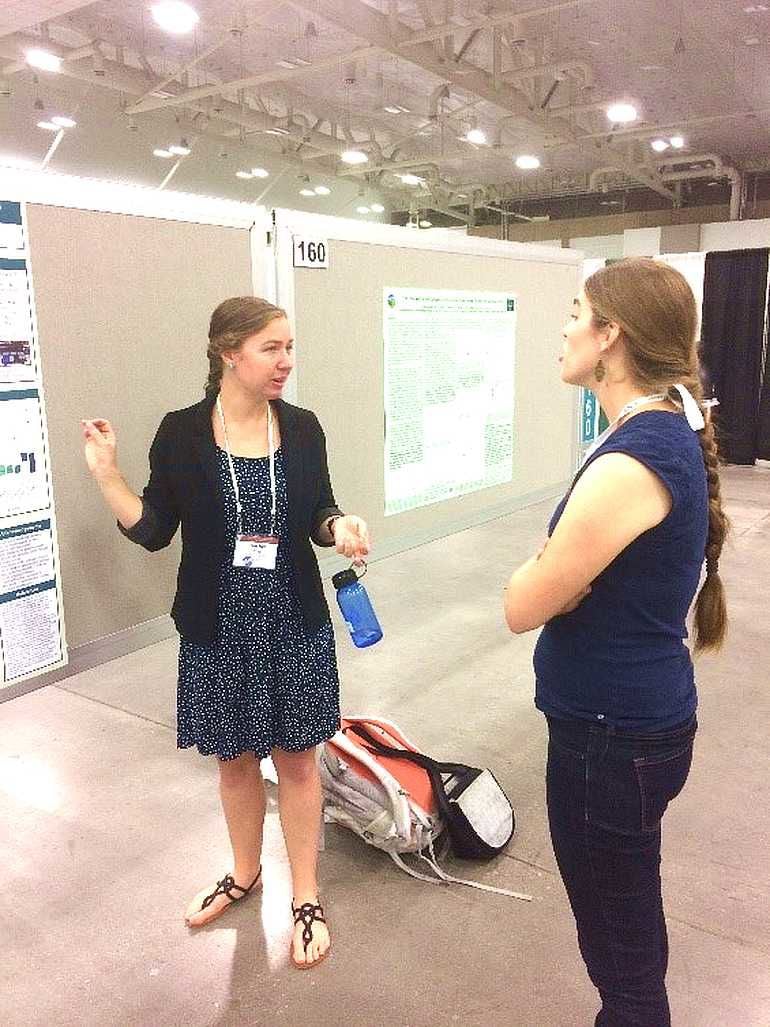 Rachel King (left) discusses her research poster with Jennifer Jones at the annual meeting of the Ecological Society of America. 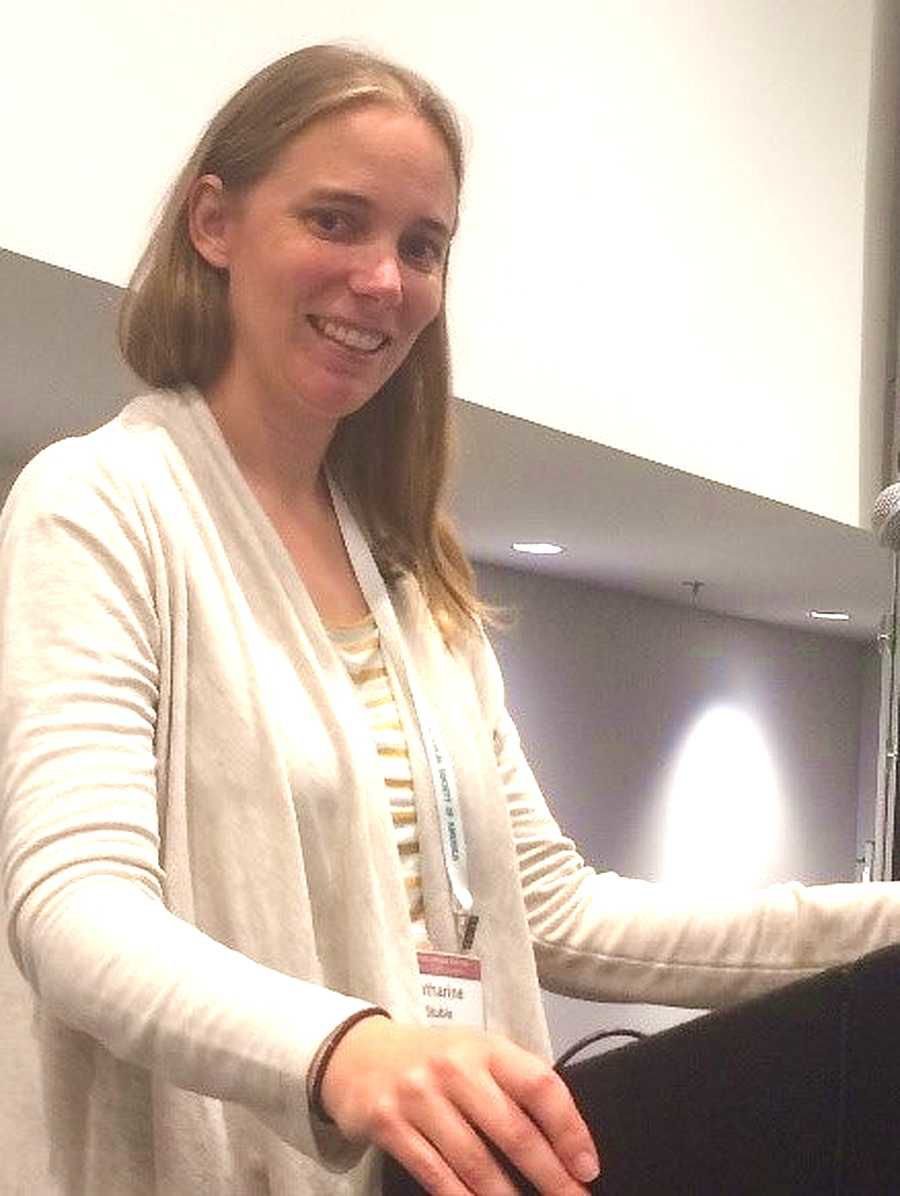 Rachel King (left) discusses her research poster with Jennifer Jones at the annual meeting of the Ecological Society of America.

Over the years, hundreds of students and scientists get training and research experience at Archbold Biological Station. What happens to all these bright minds? Many things, it turns out. Some are graduate students, some professors, some work for government agencies, and others for non-profits. But they never forget their Archbold roots. This August, thousands of ecologists gathered for the largest such conference, The Ecological Society of America’s Annual Meeting in Louisville, Kentucky. Among them were over a dozen Archbold alumni.

Eric Menges, program director for Plant Ecology at Archbold, was thrilled with the turnout. “It is a great time to see the professional and personal development of these talented young scientists,” he enthused. “I couldn’t be prouder of them.”

Among the youngest were three interns partway through their graduate school education. Tabitha Petri studies cultivars of invasive species at the University of Florida. She recalls, “My time at Archbold gave me my start assessing plant invasions by studying the encroachment of invasive species into the scrub along the roadsides.” In 2016, Petri shared an internship with Lauren Maynard, now at Virginia Tech. Maynard’s graduate direction was quite different; she studies plant-bat interactions in tropical rain forest in Costa Rica and she remarks, “I’ve been trying to think of a project that would take me back to Archbold during my PhD.”

Rachel King was an Archbold intern in 2012 and is close to the end of her graduate studies. At Archbold, she studied how smoke and heat could trigger germination of Florida scrub plants. At the University of Minnesota, she designed experiments investigating how traits of tree roots affect their ability to take up nitrogen. King appreciated her training at Archbold which she states, “developed important skills I’ve needed in graduate school, from designing and troubleshooting experiments to presenting results and writing my first published scientific paper.”

While at ESA, King was able to discuss her fascination with roots with another former Archbold intern, Jennifer Jones, who examines how fungi use nutrients from wood and soil to decompose wood. Jones goes on to say, “While at Archbold, I learned a lot about research met some great friends too. It’s wonderful to go to the Ecological Society meeting and check in with people I met at Archbold.”

Several years earlier, in 2007, Rachel Spigler was a research assistant at Archbold, conducting pollination experiments on a rare Florida shrub. After graduate school and several postdocs, she landed a prized faculty position at Temple University. She continues to be fascinated by pollinators, exploring how they interact with plants to affect the evolution of plant mating systems. Always enthusiastic, Spigler reflects on her time at Archbold, “I got so many different experiences working on different projects with different scientists; it made me enthusiastic about moving on to graduate school.”

Katie Stuble took a different path after her internship at Archbold in 2005 and subsequent graduate school. She now works as a research scientist at Holden Arboretum, in Ohio. She finds many similarities between her position and similar positions at Archbold, “At Holden, we combine research, education, and outreach in Ohio forests, in ways similar to what scientists do at Archbold.” At the meeting, Stuble presented a synopsis of the research, education, and outreach components of her fascinating position at the Arboretum.

It is less well known that Archbold helps mid-career scientist improve their skills and expand their experience. Tim Bell visited Archbold on sabbatical in 2005-06 to gain additional experience in computer modeling of population dynamics. He then applied it to create the first population models for rare plants that were introduced into new sites, comparing them to wild populations.

After a long career at Chicago State University in Illinois, Bell has recently retired. Nevertheless, he enjoys the intellectual stimulation and personal connections he finds in attending the Ecological Society of America meeting and recalls, “Spending my sabbatical leave at Archbold was a productive and fun way to further my professional development in an intellectually stimulating environment.”

At the close of the conference, Tim, Katie, the two Rachels, Jennifer, Tabitha, Eric Menges and a few others met up at a Louisville restaurant to share stories and make new connections. After that, the Archboldians packed their bags and dispersed to their homes and jobs. Bon voyage!