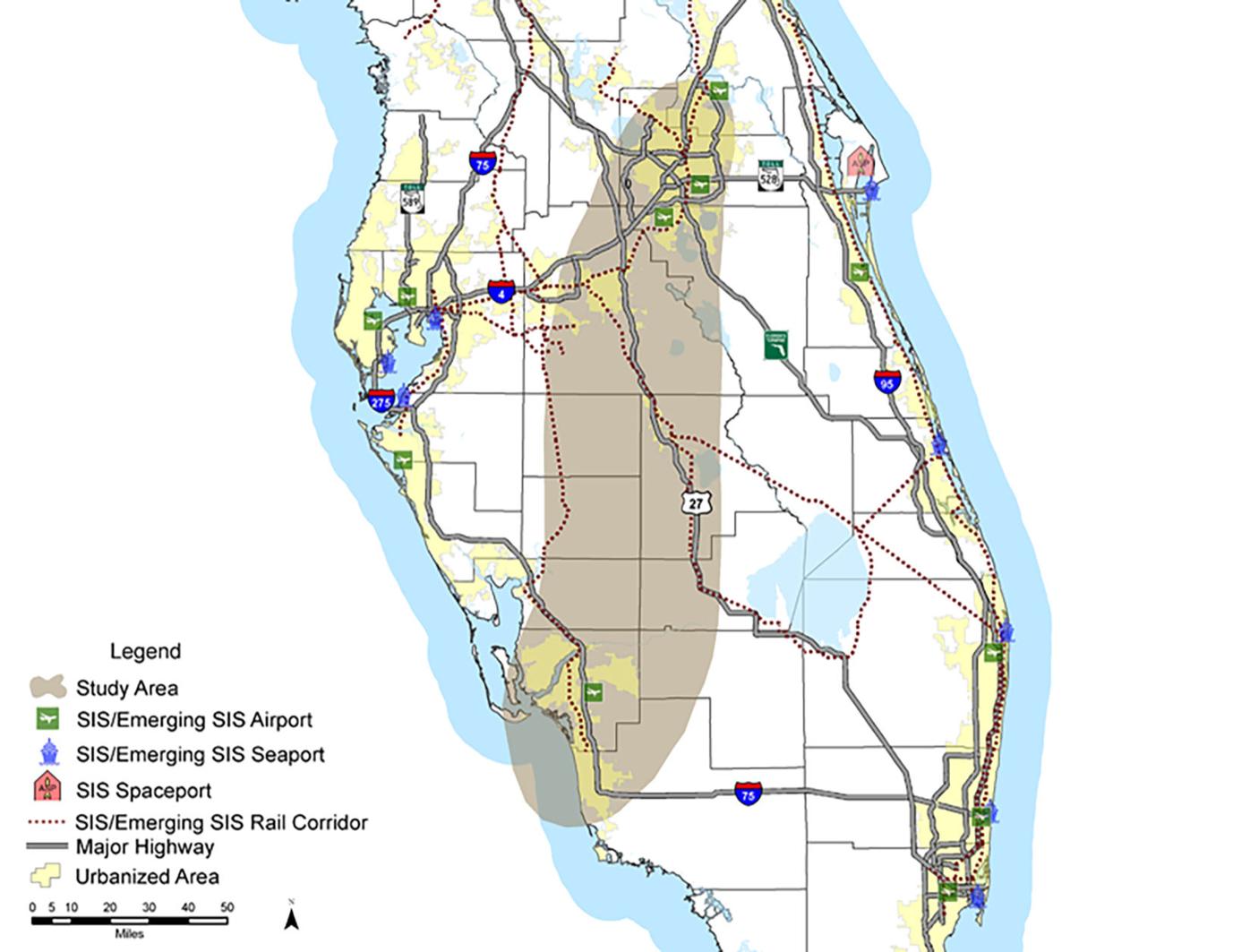 This graphic shows the corridor study area for the proposed Heartland Parkway. 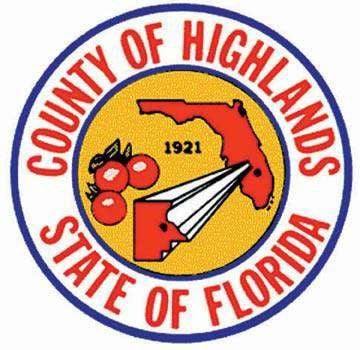 SEBRING — The “Heartland Parkway,” a decade-long dormant proposal to extend the Sunrise Parkway to the Georgia State line, has been revived.

On Tuesday, Highlands County staff will ask the Board of County Commission to pen a letter of support for Senate Bill 7098, which would extend the Suncoast Parkway to the Georgia state line, extend Florida’s Northern Turnpike to the Suncoast Parkway and would create a new expressway — the Southwest-Central Florida Connector — from Polk County to Collier County.

This expressway would go through the six county planning area of the Heartland Rural Transportation Planning Organization. Its board is populated heavily, although not by majority, with officials from Highlands County.

The Sebring/Avon Park metropolitan area grew beyond 50,000 people five or more years ago, prompting formation of the planning organization. Other counties were included to ensure transportation plans would address all rural motorists’ needs.

SB 7098 would create the Multi-use Corridors of Regional Economic Significance (M-CORES) program to study where such a road would go.

The bill also requires the Florida Department of Transportation to identify opportunities within these corridors for turnpike expansion; broadband connectivity; potable water, sewer and energy distribution, and alternative modes of transportation and rural transit.

Thus far, SB 7098 – Transportation, which was introduced by the Senate Committee on Infrastructure and Security and presented by Chairman Tom Lee, passed unanimously out of its first committee.

As with other parts of the Turnpike system, such a road would have tolls, agenda materials state.

Other items for the county commission to consider Tuesday include:

• A final petition from Oak Manor Avenue landowners to be levied special assessments through a road paving municipal service benefit unit, to pay for paving portions of their road.

• An agreement with FDOT to have the state agency split costs with the city of Sebring and the county for a proposed roundabout at the junction of Sebring Parkway Phases 1 and 3, thus reducing costs by $100,000 for both the city and county.

• A new full-time mental health therapist position and associated job description for the Children’s Advocacy Center, with a total salary and benefits of $65,000, divvied up between the General Fund ($25,000) and the Hospital District ($40,000).

• A letter of endorsement from the board supporting the Highway Park Neighborhood Council’s grant application for a $49,500 USDA Rural Business Development Grant to expand the Wele Enterprise Zone.

The meeting starts at 9 a.m. Tuesday, and is held in the commission chambers on the ground flood of the Government Center, 600 S. Commerce Ave. in Sebring.

Public Information Officer Gloria Rybinski notified the Highlands News-Sun on Friday that glitches with online videos have been fixed, and now all the posted videos should have closed-caption capability.

The live stream broadcast of the meeting, as instructed by County Administrator Randy Vosburg, should also have real-time captions.