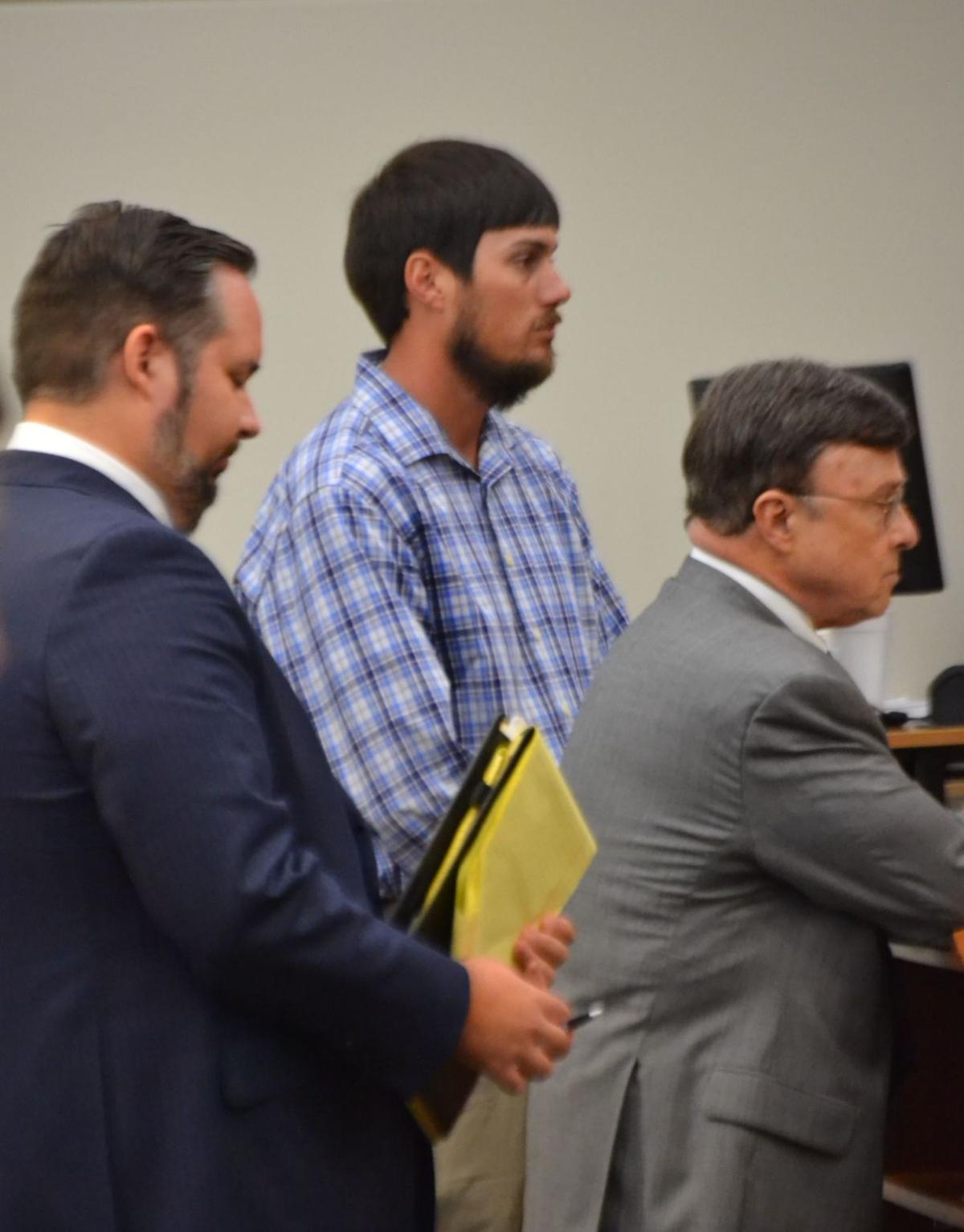 Former Highlands County sheriff’s deputy Zachary Lehman, center, takes a plea to the charge of battery, a lessor-included charge under the charge of sexual battery, at the advice of his attorneys: Peter Brewer, at left, and William Fletcher. Lehman was on duty and in uniform on Oct. 15, 2018, when he reportedly forced himself on a female deputy, who describes him as a ‘sociopath who was not getting his way.’ 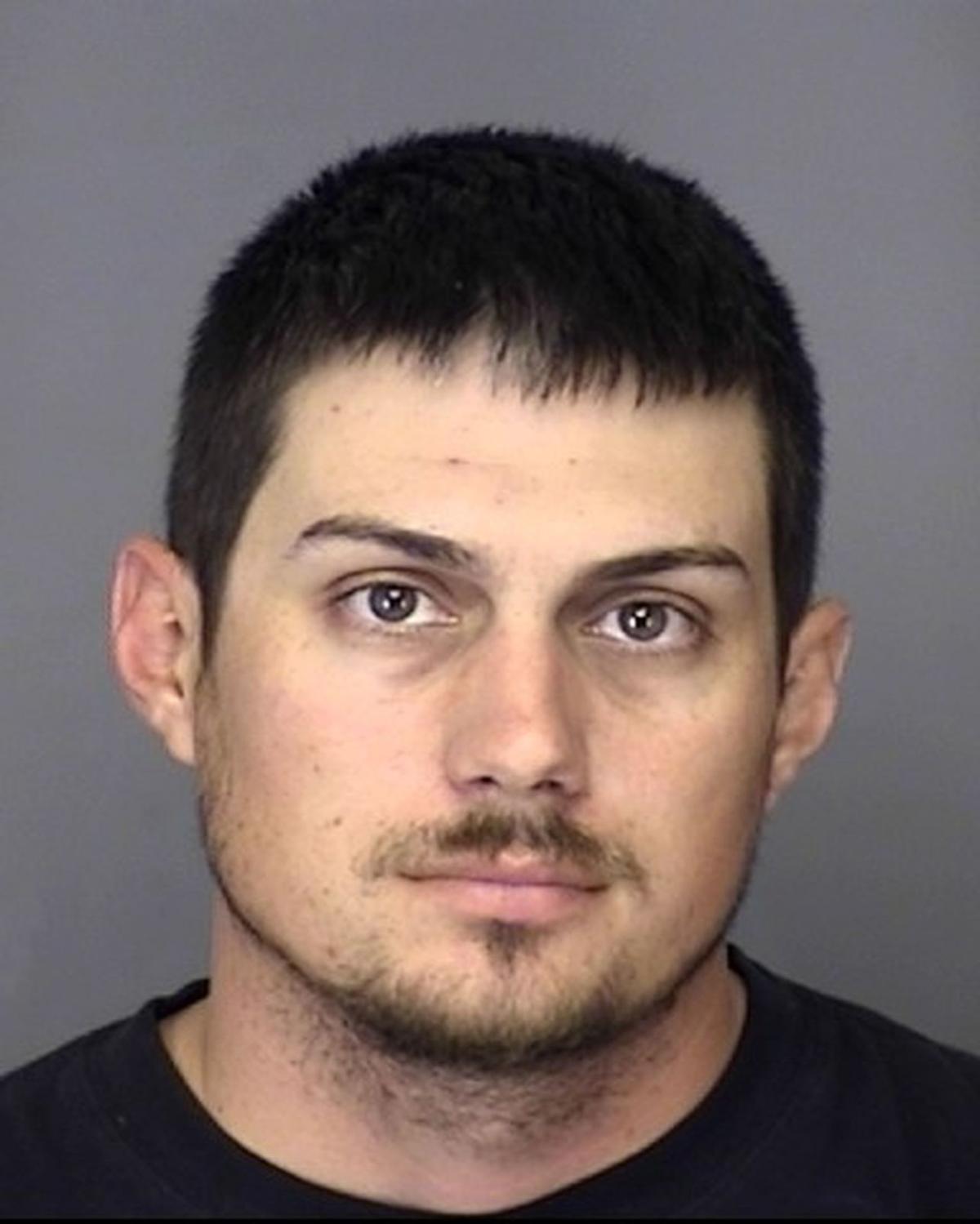 SEBRING — A former Highlands County sheriff’s deputy, arrested and charged with sexual battery on a fellow deputy, has taken a guilty plea to a lessor charge.

He will serve 12 months probation, must submit to warrant-less searches and seizures in that time, and must never have contact again with the victim, directly or indirectly, especially through social media.

Estrada also said he must sign up for a sexual behavior counseling evaluation, and must complete and pay for all recommended treatment as long as it is ordered.

He will surrender all law enforcement standards he previously earned and pay fines and costs totaling $3,052.

In court Wednesday, the female deputy he attacked said she thinks he got off easy.

Lehman’s attorneys, William Fletcher and Peter Brewer, believe he was “over-charged” when originally charged with sexual battery and armed kidnapping.

Lehman’s arrest on Thursday, Nov. 15, 2018 stems from an incident on Oct. 15, 2018, when an off-duty female deputy and two other off-duty deputies, Jason Mulligan and Brian Van Fleet, met with Lehman at South Florida State College to discuss the Sheriff’s Office Explorers program. Arrest reports state he was on duty that day.

Afterward, the other two deputies left and Lehman gave the female deputy a tour of the campus on a golf cart, talking about wanting to have sex with her.

Once the deputy told her supervisor about the incident, Lehman was relieved of duty and placed on administrative leave during the criminal investigation, authoritie said.

Lehman resigned from the Sheriff’s Office after his arrest.

At the time, Sheriff Paul Blackman said the incident “disturbed him greatly.”

In court Wednesday, the female deputy said he directed innuendos at her and other females in her presence several times before that day. Comments started as flattering, but got “increasingly obsessive and cringey,” she said.

“I am guilty of allowing you to say the things you did, by either laughing it off or reacting with a smart comment, like, ‘Oh, ‘cause I’m sure your wife would love that,’” she said.

She never reciprocated his words, she said, but that didn’t change his behavior.

She also said that she found herself making excuses for him in her mind, thinking “he’s young and immature.”

Among the reasons she would never be in a relationship with him — besides the fact he was married, she was married, they worked together in the same unit and she had a son almost his same age — the female deputy said other reasons were “I never looked at you that way, you lack hygiene and I’m not attracted to you.”

Reports state when they returned to his office that day, for him to give her some paperwork, he tried to force himself on her, sexually.

She said Wednesday that if he had simply taken “a bold approach to test her response” that would have been one thing. Instead, she said, he chose to force himself on her, while she protested, saying no several times.

“You mauled me and violated me, but you had no right, or regard for me as a person, a friend, or your coworker,” she said, pausing to compose herself. “I should have done a lot of things different with you that day. Instead, I pleaded with you to think of your job, your wife and your son.”

During the incident, she said his wife’s name over and over, a crisis tactic to defuse a situation, but she said it only seemed to fuel his aggression.

She was terrified, but didn’t want him to see any weakness or vulnerability.

“So instead, I spent 15 minutes trying to reason with a sociopath who wasn’t getting his way,” she said.

She said the most “eerie moment” of Oct. 15, 2018, at his former office at South Florida State College was when she finally convinced him to stop.

He calmly sat down on the couch, she said, while she tried to refasten clothes he’d undone, and he said, “What? You don’t find me attractive?”

“I’ll never forget that moment because I felt like I was looking at a monster,” she said.

It boiled down to her word against his, she said. As she is still a deputy and a victim in the case, the Highlands News-Sun has chosen to hold to the original report and withhold her name.

“I almost didn’t report it, because we all know how that was going to go,” she said. “I will say this: I had nothing to gain, but everything to lose. I lost acquaintances, my reputation with some, and even sometimes I feel like my sanity.

She said she, he and God knew what happened in that room, and she thinks every sleepless night and counseling session since then is worth having prevented any future victims.

“You were supposed to be my friend, my coworker — I trusted you — and a fellow deputy,” she wept. “You betrayed that in ways only God can have mercy on you. One day, I’ll forgive you for my own sanity, but it’s not today.”