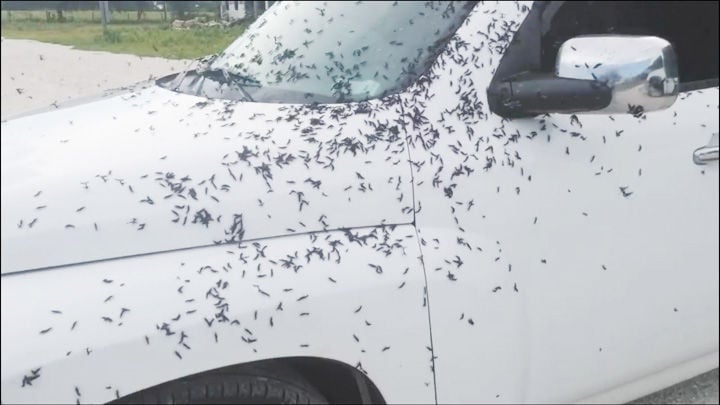 Swarms of Lovebugs on a vehicle in the early morning. 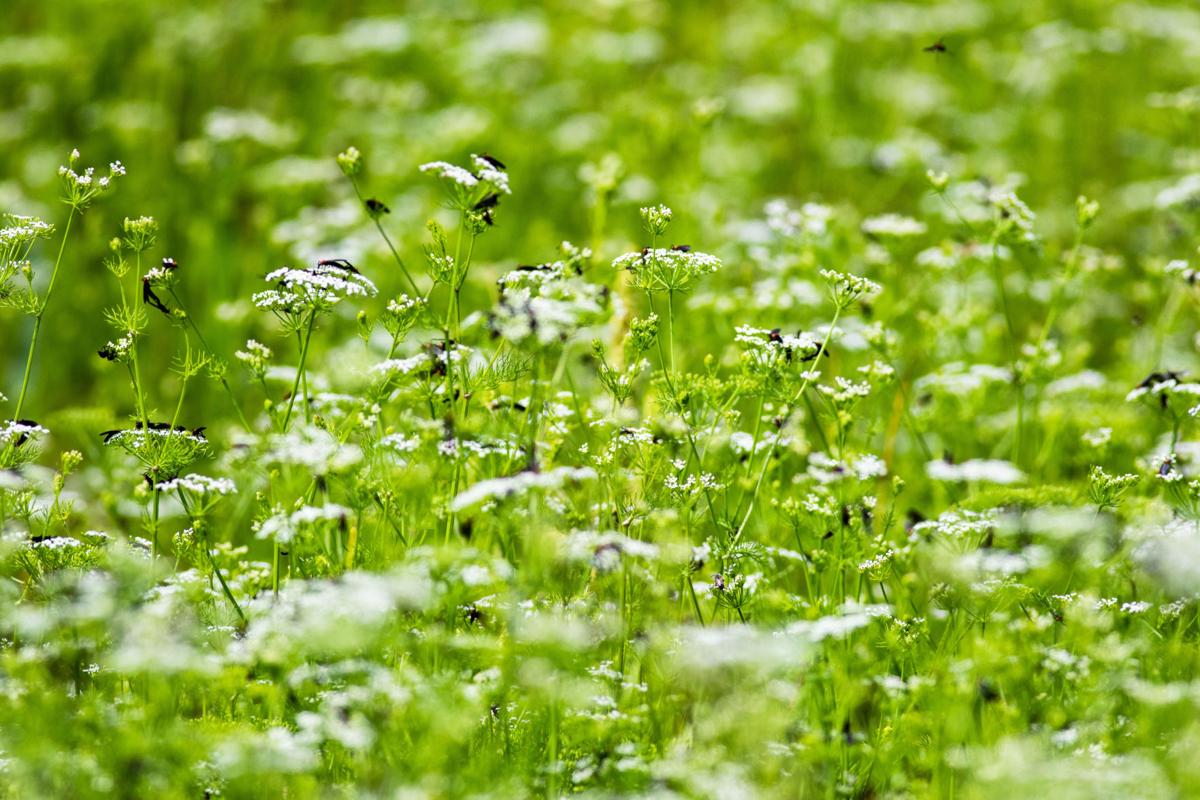 Swarms of Lovebugs resting on flowers of Mock Bishop’s-Weed.

Swarms of Lovebugs on a vehicle in the early morning.

Swarms of Lovebugs resting on flowers of Mock Bishop’s-Weed.

Everyone around the area sure knows what they look like — even if they are unsure of the reason — all of the Lovebugs! The Lovebug (Plecia nearctica) is actually a species of march fly — a small black fly with an orange/red thorax that swarms along the Gulf Coast states.

Have you noticed the recent swarms? According to D.E. Hardy, Entomologist and Professor at the University of Hawaii, Lovebugs, known also as honeymoon fly, engage in aerial courtship — having two mating flights each year and each lasting about four to five weeks; first in late spring and then in late summer. Sometimes in south Florida, a third flight can occur in December.

The Lovebug was first described by Hardy in Texas circa 1940. The flies moved to Florida from Texas, spreading slowly east and south, moving down in the northern Peninsula in the late 1960’s — where they picked up their commonly used name of Lovebug; because Florida love flies just doesn’t have the same ring to it. Any review of numerous University of Florida fact sheets on Lovebugs will confirm there is absolutely no truth to the widely held misconception that the Lovebug was cobbled together by university or government scientists who were trying to manufacture a new predator of mosquitoes.

The results were not encouraging. It turns out that the Lovebug larvae feed on damp, decaying plant material, which can be anywhere, from oak hammocks to moist roadsides — but controlling larval numbers would require the unacceptable blanketing of enormous areas with insecticides.” Mark Deyrup comments that the studies produced common-sense but rather unsatisfying recommendations: “drive at night or before Lovebugs hit the road in the morning; mount a screen or deflector on the front of the car; wash off immediately.”

Deyrup continued, “Lovebugs are notoriously attracted to exhaust from gasoline engines, as shown by the little swarm of Lovebugs that devotedly follow a lawn mower. On a larger scale, Lovebugs are attracted to exhaust along highways. Nobody really knows the reason for this behavior. There is speculation that some chemicals in exhaust exposed to sunlight are similar to odors that are released by decaying vegetation where Lovebugs lay their eggs.”

While recent Florida residents find Lovebugs shockingly overabundant, long-term residents share a perception that Lovebug outbreaks are less severe than they were 20 or 30 years ago. Although last week was an exception, nowadays it is rarely necessary to pull off to the road shoulder to clear a smear of Lovebugs that have made the windshield virtually opaque.

Dealerships these days seldom throw in a Lovebug deflector with a new car. According to the University of Florida’s Department of Entomology, UF/IFAS Extension, there are some predators of the Lovebug — such as other insects, robins and quails. They further confirm that Lovebugs are mainly a nuisance — as they do not bite or sting, are not poisonous, and usually are active between 10 a.m. to 6 p.m., in temperatures above 84 degrees.

Floridians must just learn to coexist with Lovebugs, at least for a little while.