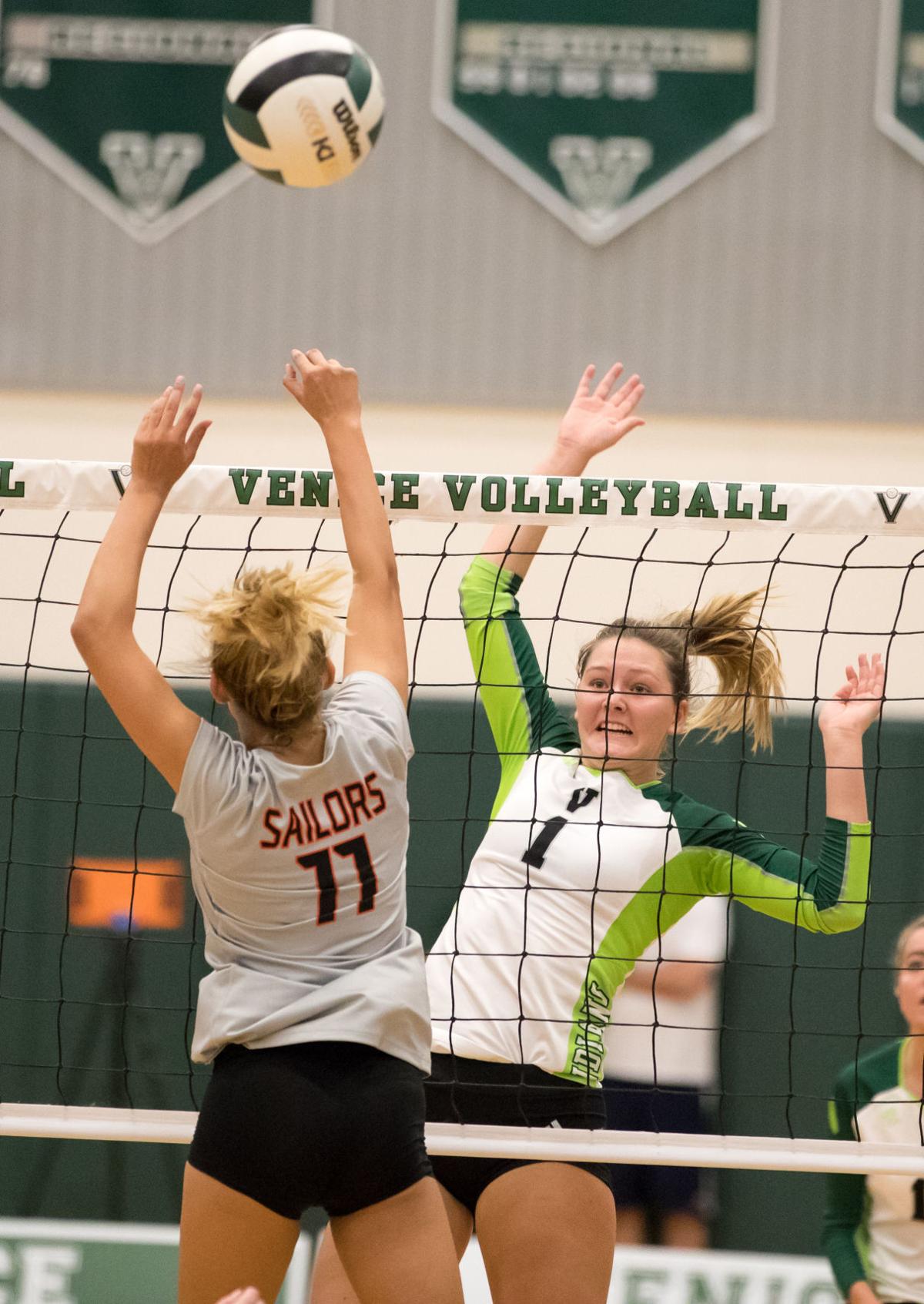 Senior outside hitter Gabbie Atwell watcher her kill shot sail over the Sailors’ Shalom Breakstone in Venice’s 3-0 win on Thursday night at the TeePee. 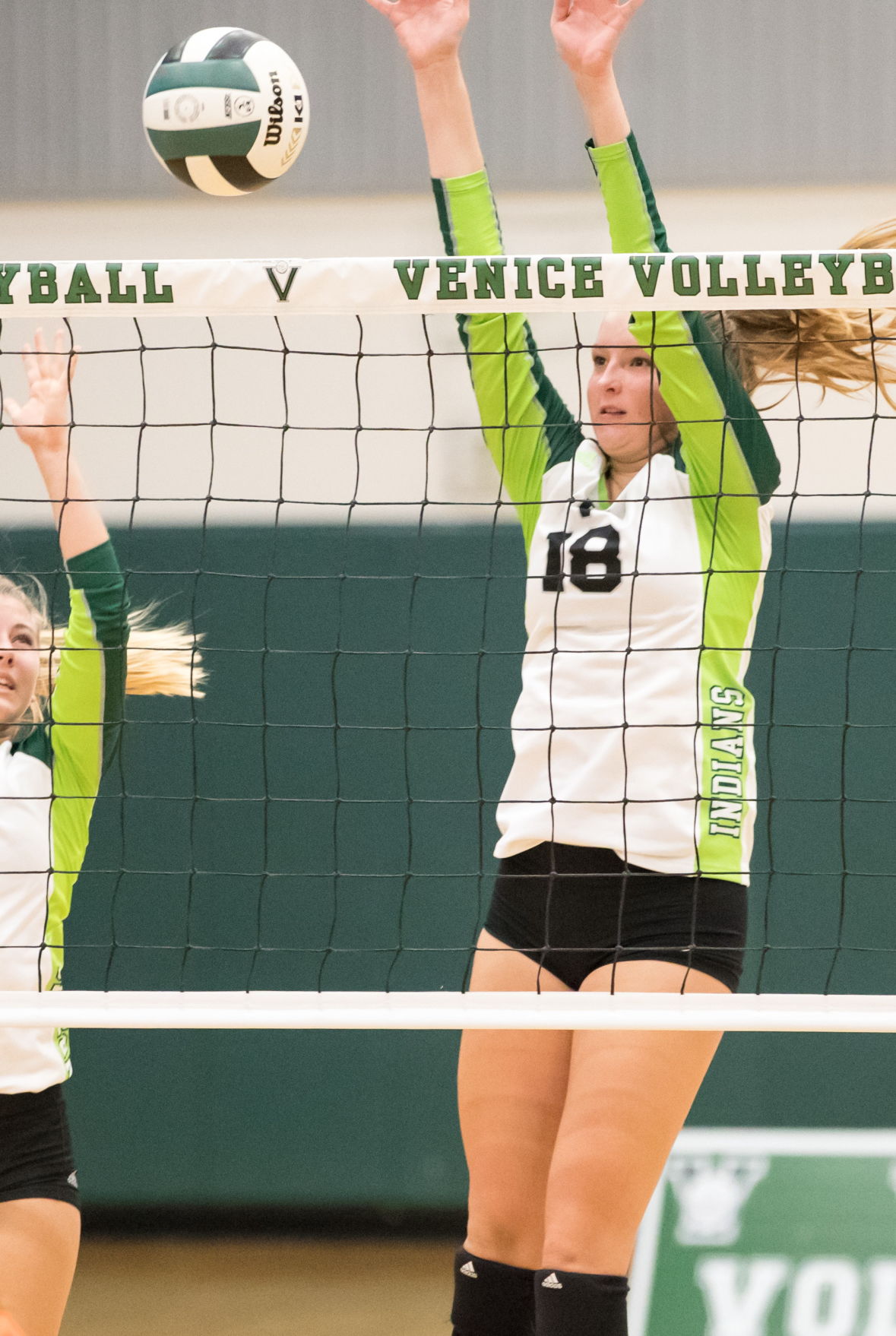 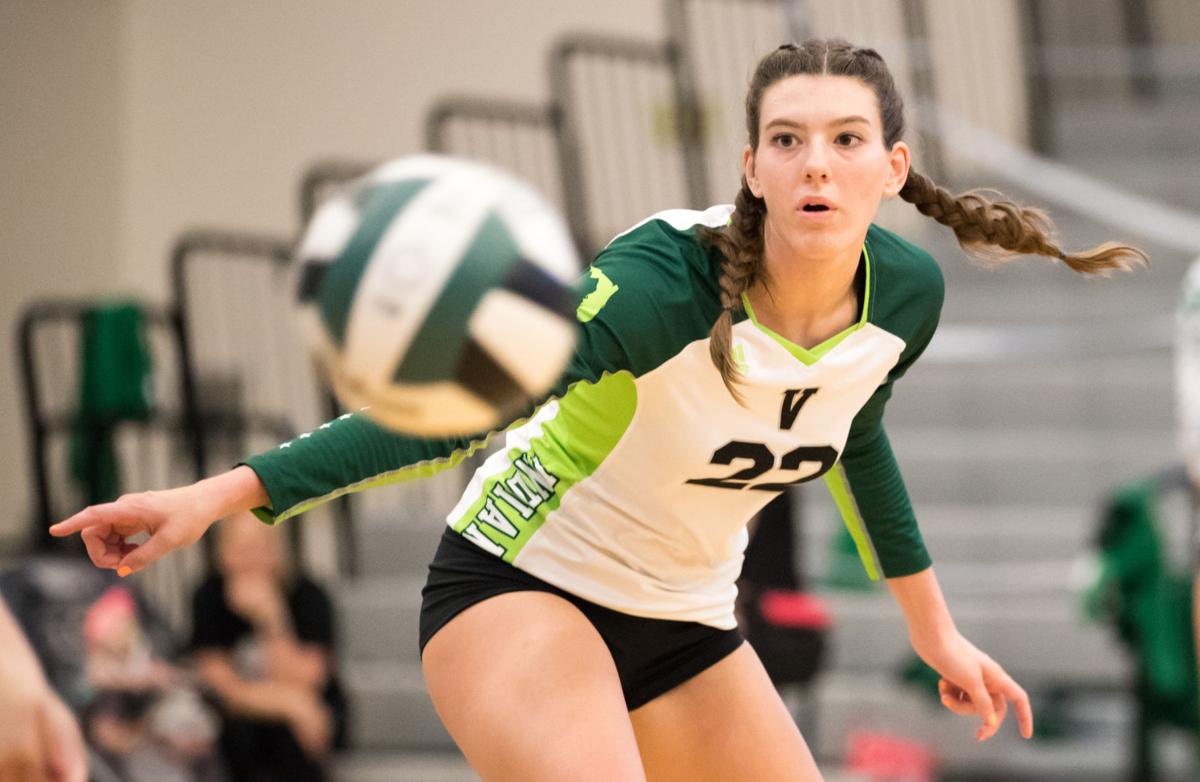 The Indians’ Sadie Kluner calls off her teammates from a ball headed out of bounds in Venice’s home opener on Thursday night.

Senior outside hitter Gabbie Atwell watcher her kill shot sail over the Sailors’ Shalom Breakstone in Venice’s 3-0 win on Thursday night at the TeePee.

The Indians’ Sadie Kluner calls off her teammates from a ball headed out of bounds in Venice’s home opener on Thursday night.

If you haven’t been paying close attention to the Venice volleyball team, it would be hard to tell what’s different about it.

Of course, nearly all of the players have changed as 11 new Lady Indians made varsity this year, but a week into the season, the team is putting up the same dominating results.

“We’ve been in this position before,” Venice coach Brian Wheatley said. “We haven’t lost 10 seniors like this before, but in 2014 I think we lost eight. A lot of it has to do with building up our younger teams so when they come up, they’re ready to go.

“We’re coaching them hard and they’re having fun. But this is all new to them. We expect great things from them and we’re gonna get there.”

Though the second set wasn’t as clean as Wheatley or the Indians would have liked, with Venice and Sarasota going back and forth to the end, the Indians rallied just in time to take a two-point lead before Wesolich ended the set on a perfectly timed pass from setter Maxine DeVries.

Up 2-0, Venice got out to a quick lead behind the power of their two 6-foot-2 hitters, Kluner and Montgomery. The Sailors could only get to within five points in the final set as the Indians pulled away, ending the match on an ace from Natalli Waggoner.

For new varsity players like Montgomery, who watched her older sister Caitlin play for Venice the past few years, there comes the winning tradition the Indians have built up over the years — winning five state titles in the past 20 years.

“It’s been really fun, I’m really enjoying it,” Montgomery said of her first week on varsity. “I thought it would take us some time to work together as a team and get to know each other, but we’re playing great so far.

“The coaches always tell me not to worry about the expectations, but you can feel the pressure sometimes.”

Though Venice couldn’t have gotten out to a much better start to open its season this week, some challenges await beginning with a road match to Lakewood Ranch on Tuesday before they host McGill-Toolen — 6A state champions of Alabama — on Thursday.

“I really like the vibe in the gym, Wheatley said. “There’s a lot of energy. They’re just kind of absorbing stuff. We’re giving them a lot more than they can handle right now, which is fine. We’re just trying to slow down the game of varsity because they’re used to JV. We’re getting better every single day.”