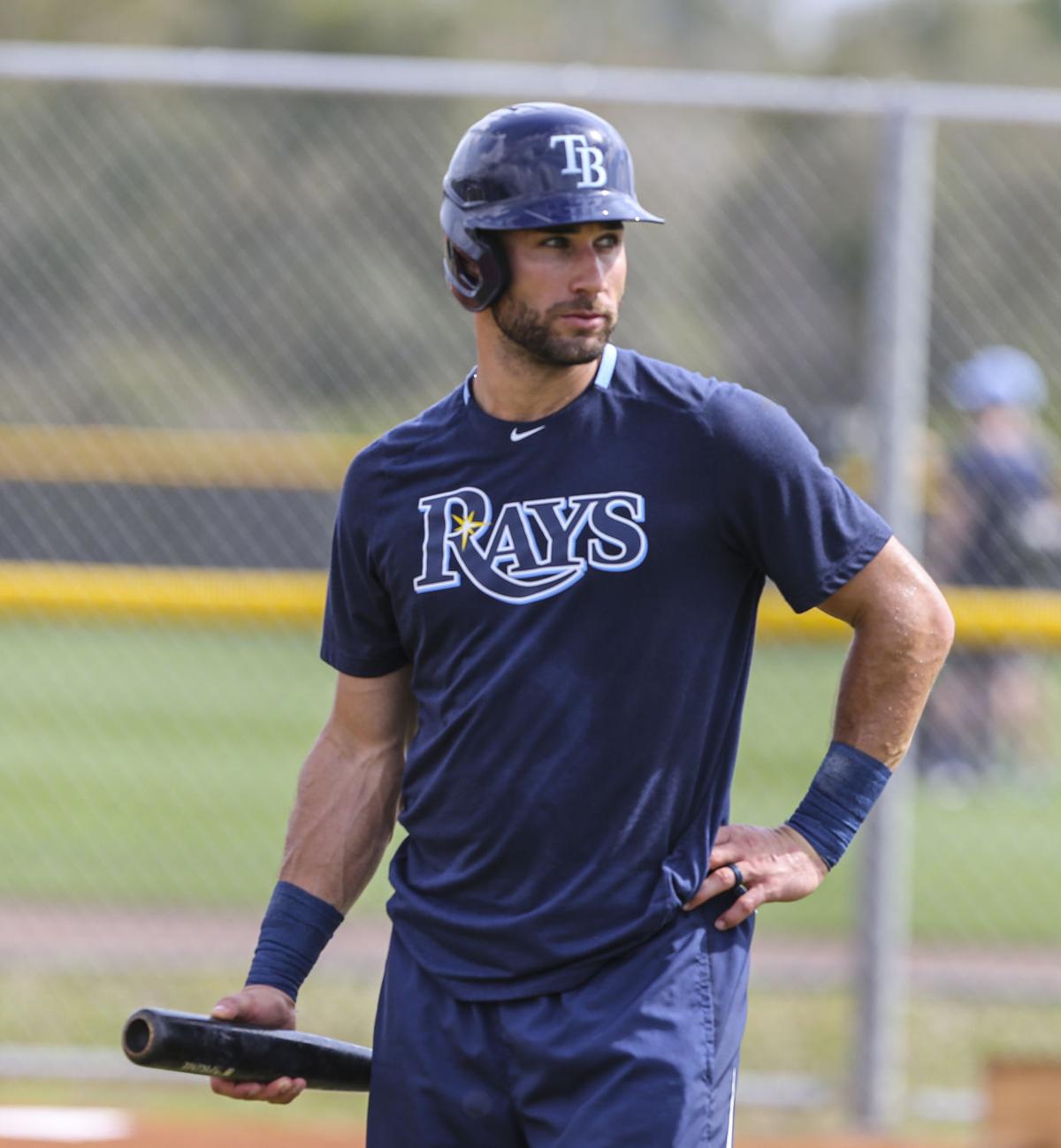 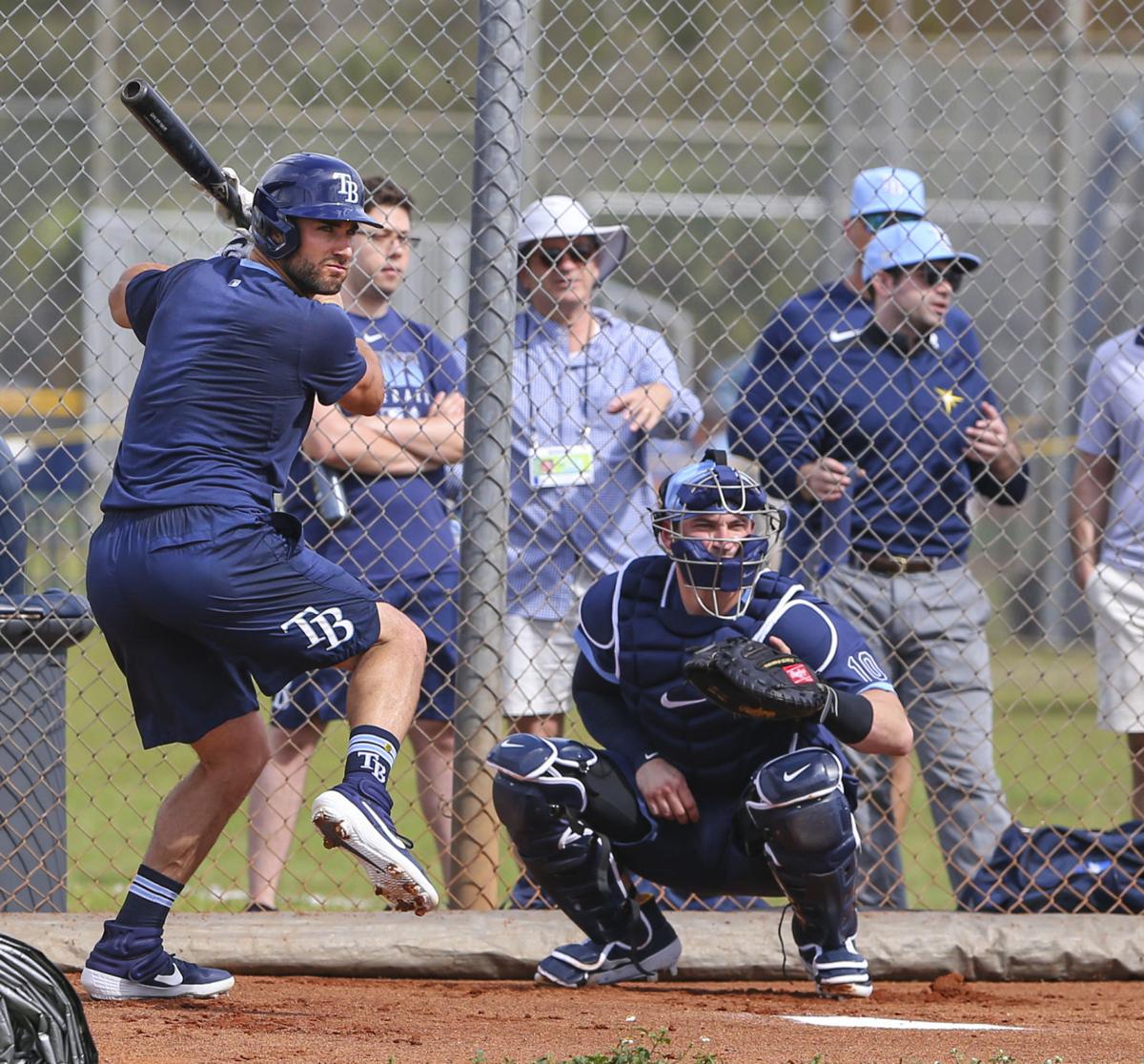 Prior to heading back out the batting cages, the veteran center fielder discussed the two things, aside from his movie star good looks, that he’s best known for, his defensive prowess and his role as one of the Rays unquestioned leaders.

“He really represents Rays’ baseball to a T, just as far as his hustle, his style of play, his character,” infielder Daniel Robertson. “He keeps the ship going. He’s the first one to speak up. He leads our clubhouse victory celebrations. The guy really does it all.”

Kiermaier has been the one constant in an organization know for its roster turnover. The 29 year old reached the majors for a single game back in 2013 and has not left Tampa Bay since.

“The message that I spread to the guys each and every year is to be yourself,” he said. “We have a very loose atmosphere. but when it’s time to put your game face on, it’s a business.

“It’s fun to have the role, just trying to help out the young guys and the guys coming from different organizations and making sure everyone is on the same page.”

It’s a role Kiermaier takes seriously, making sure to find the right balance and tone with his teammates.

“My thing is there’s a time and place for everything,” he said while standing at his lockeroom in the middle of the Rays’ spring training clubhouse. “We go on road trips, I’m the guy who’s on the microphone (on the team bus). I’m also leading the postgame celebrations. I don’t want my voice to be lost.

“We’ve had a very young roster over the years and sometimes it takes a lot of time teaching the young guys. But in baseball everyone learns from the people who came before them.”

When he was a young player, Kiermaier said he was fortunate enough to learn from several veterans, but one in particular stood out, Rays fan favorite Evan Longoria.

“I had a lot of help, but I think Longoria is the notable guy because we’ve had a lot of turnover on the roster, and Longo was the guy who was here for most of my career and he was the guy that everyone (looked to.)”

Kiermaier, a career .249 hitter, has had his struggles at the plate, he hit .228 last season with 14 homers and 55 RBIs. While he did steal 19 bases, his work in center field, which has earned him three Gold Gloves so far, is what he’s best known for.

“I think I’m on more highlight reels because of him, than I am because of me,” Robertson said with smile. “There’s been so many videos I’ve seen of him making some diving catch in the gap where I’m out there running to get the cut(off throw).

“He just the best center fielder in the game. He’s a game changer, man. The guy’s special, and makes unbelievable plays. His instincts out there are unreal.”

Kiermaier knows that even when he’s not hitting, he can contribute with his glove.

“No matter what’s going on, I going out there and do things to help defensively,” he said enthusiastically. “I know I can be a game changer. I know what I have to do and how I have to work.”

While he gets that the organization values his skills and leadership, he couldn’t help but be a little concerned when the team traded for Manuel Margot, a 25-year-old with a similar skill set, last week.

“That’s a fair assumption to have because this is a business,” he said candidly. “Moves like that make you wonder sometimes. But I got clarification shortly after that it was nothing to worry about from my standpoint. After the dust settles, we want as much talent as we can get.”

And what about those green eyes, which the Rays’ marketing department has not been shy about promoting?

“I’m relatively used to (the attention to his looks),” he said with a slightly embarrassed grin. “When I got here, I was a 24-year-old single guy and they did a great job of marketing.