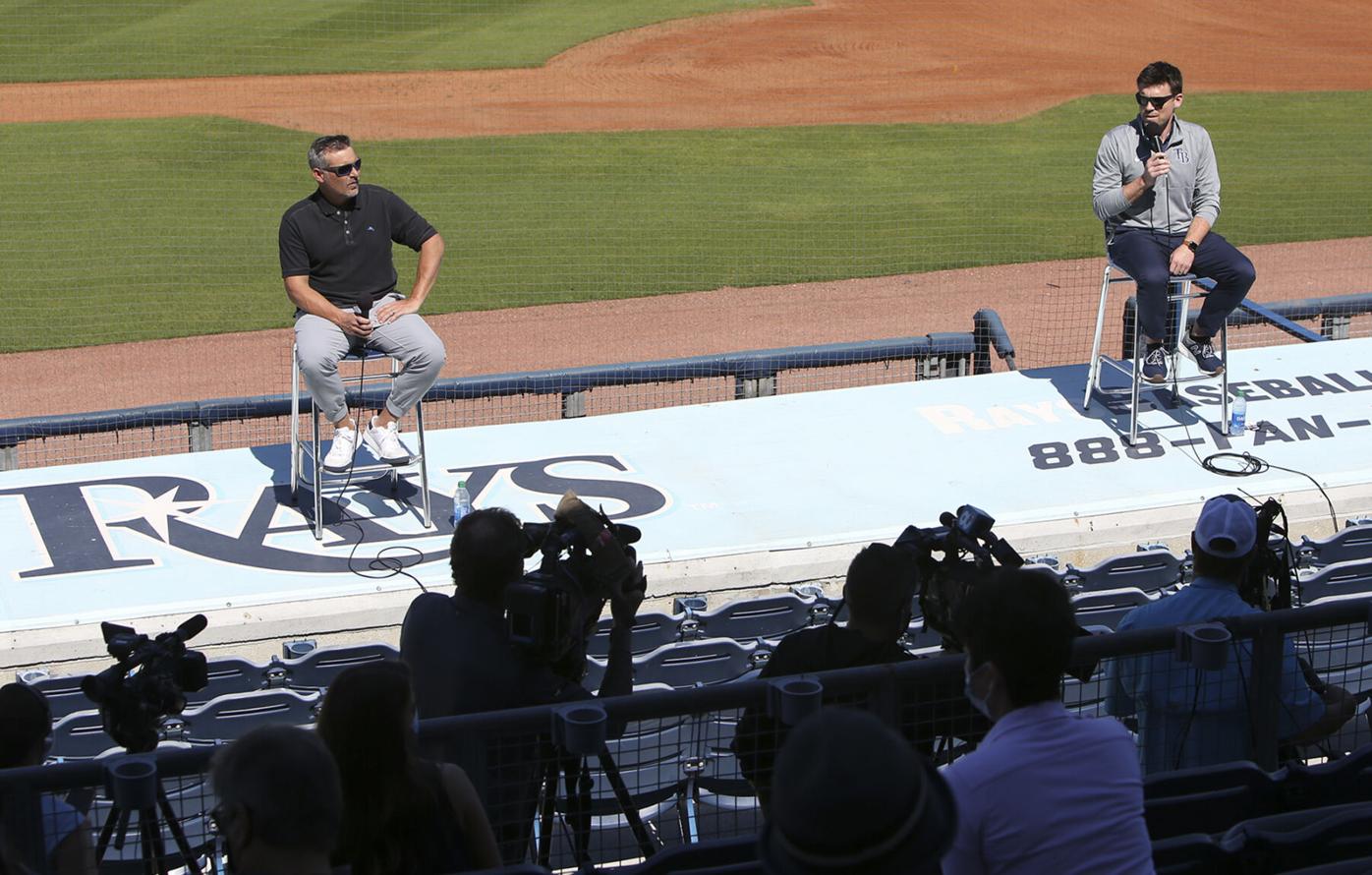 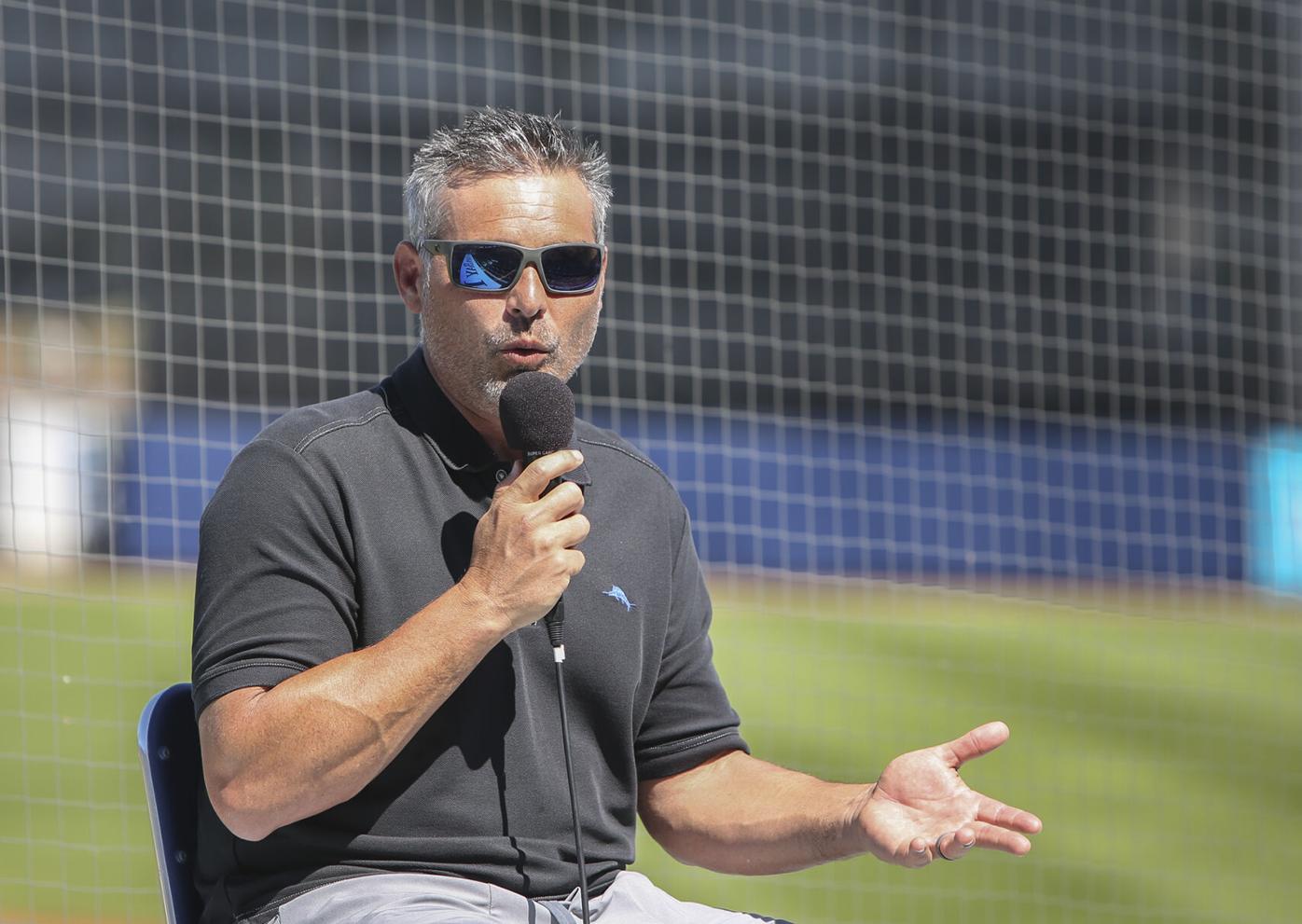 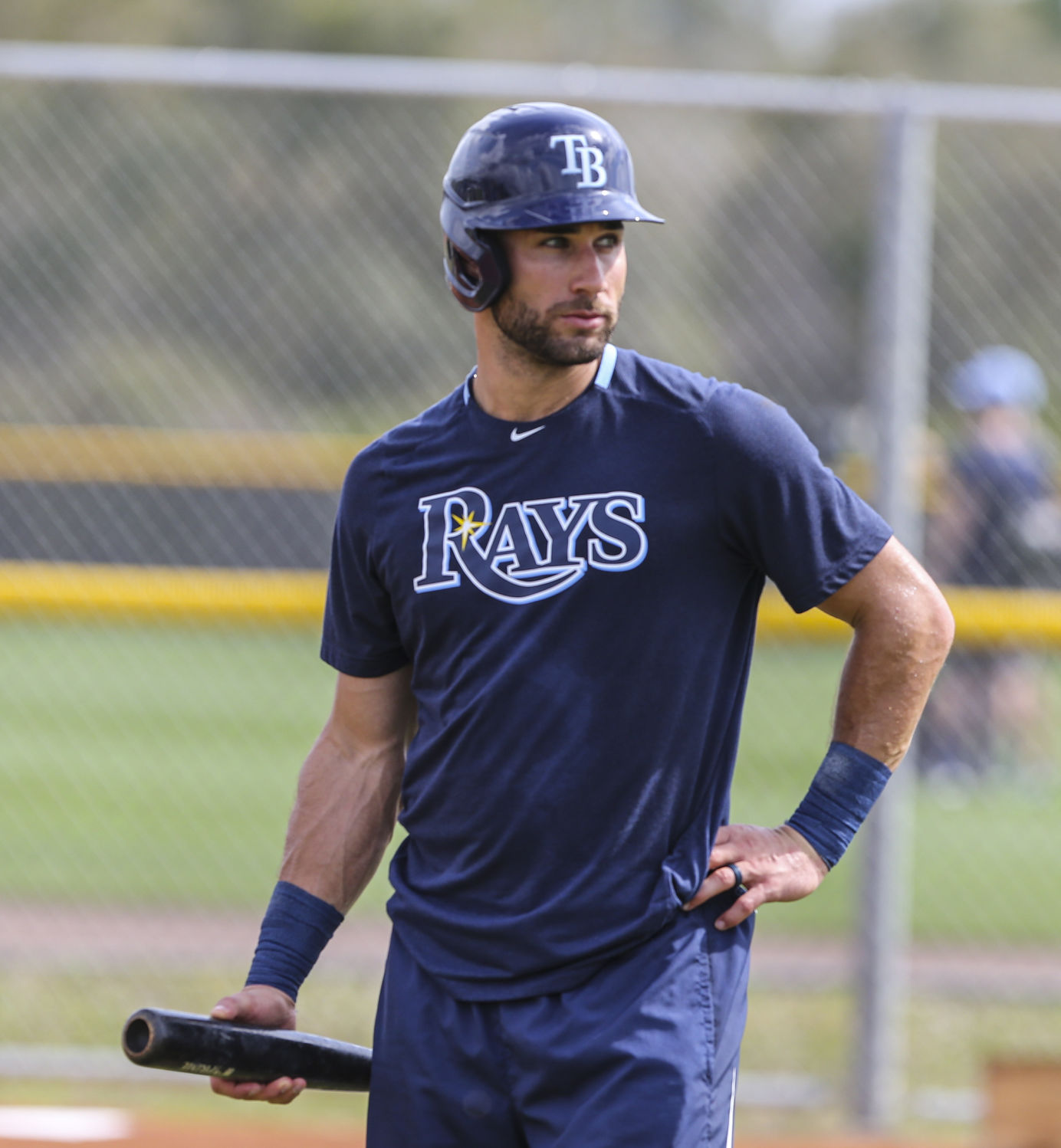 PORT CHARLOTTE — As the Tampa Bay Rays’ players jogged around the backfields of the Charlotte Sports Park on Tuesday morning, it was worth noting the players who were missing and those who were back for the first full squad workout of spring training.

Much has been made of the American League champions’ decision to let ace pitchers Charlie Morton (free agency) and Blake Snell (traded to San Diego) go in the offseason.

“It’s tough to see a great talent like Blake walk away, but with the guys that we’re bringing in, it’s hard not to be excited about that,” said center field Kevin Kiermaier via Zoom. “We have such great depth, there’s no reason to panic.”

But while Kiermaier, who’s now entering his ninth season in Tampa Bay, did field question about Snell’s departure, he along with manager Kevin Cash and general manager Erik Neander (who held a joint press conference) answered far more inquires about the trade rumors that swirled around Kiermaier this offseason.

“Seeing my name in trade speculation made it more real than ever for the first time this offseason,” said defensive standout Kiermaier, a .248 career hitter, who hasn’t hit above .228 since 2017. “”Once I started seeing more (trade speculation), I reached out to the agent and asked him to call the Rays and see what’s going on. I talked to Erik two different times throughout the (offseason). I was a little worried at times, this was an organization that has given me the world. I didn’t want to leave.

Neander wouldn’t get into specifics of any offseason discussions but did allow that “generally speaking when a player’s name is involved in any of those conversations, typically it’s a really talented player,” he said. For us, whether it’s Kevin or anyone else, you just try to treat them with the appropriate amount of respect and try to be honest with them.”

He added that roster changeover is “part of the game.” It’s certainly been a part of Tampa Bay’s plan, one that the Rays have used to great effect.

“We have a certain formula for the way we do things, for getting talent and giving away talent to get talent,” Kiermaier said. “We work our budget in a different way than most teams throughout baseball.

“I’ll always end that with saying it’s hard to go against what Erik Neander and our front office guys have done.”

Cash had nothing but praise for the 30-year-old three-time Gold Glove winner.

“When KK is healthy and able to be out there consistently, he can do some special things at bat and with his glove,” he said. “He had a really strong postseason, with a couple of big home runs for us earlier on and into the World Series.

“I think year by year he’s learning what makes him good and how he’s able to compliment the rest of the lineup.”

Kiermaier wasn’t the only one who contended with trade rumors this winter, shortstop Willy Adames may only be 25 years old, but with top-rated prospect Wander Franco waiting in the wings, he also heard some trade buzz.

Adames was more sufficient about his feelings on the situation.

“When you see your name on trade (rumors), it doesn’t feel good,” he recalled. “I had a conversation with Erik about it. Everything is good, I’m just happy to be back.”