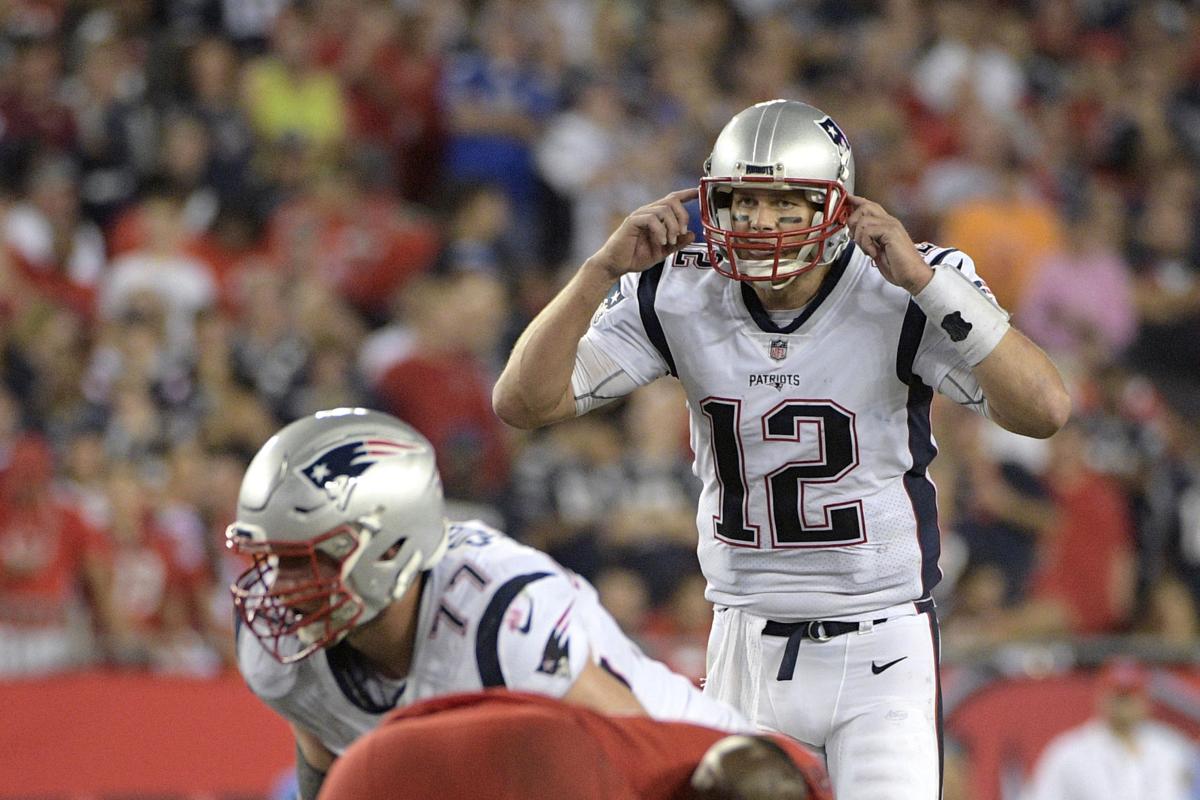 New England Patriots quarterback Tom Brady (12) calls out a signal during the second half of an NFL football game against the Tampa Bay Buccaneers Thursday, Oct. 5, 2017, in Tampa, Fla. The Patriots won 19-14. (AP Photo/Phelan M. Ebenhack) 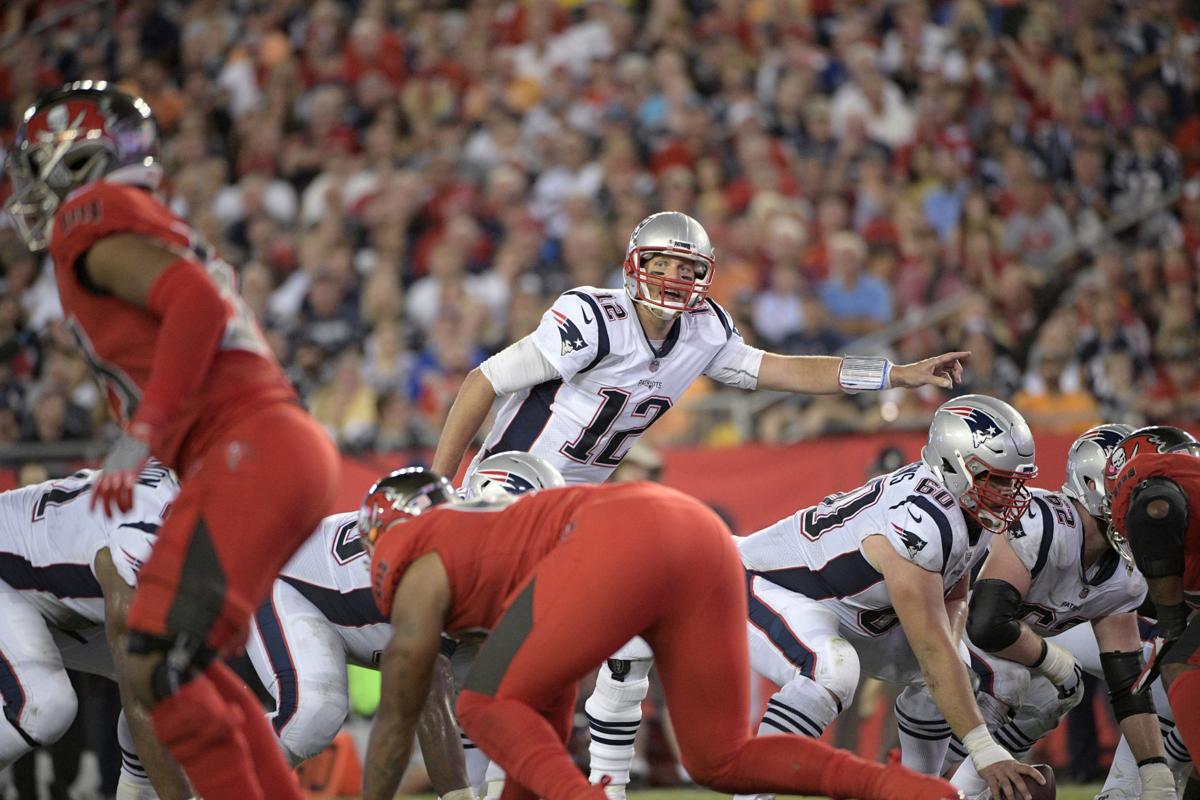 Then-New England quarterback Tom Brady calls out instructions behind the line of scrimmage Oct. 5, 2017, against the Bucs in Tampa. 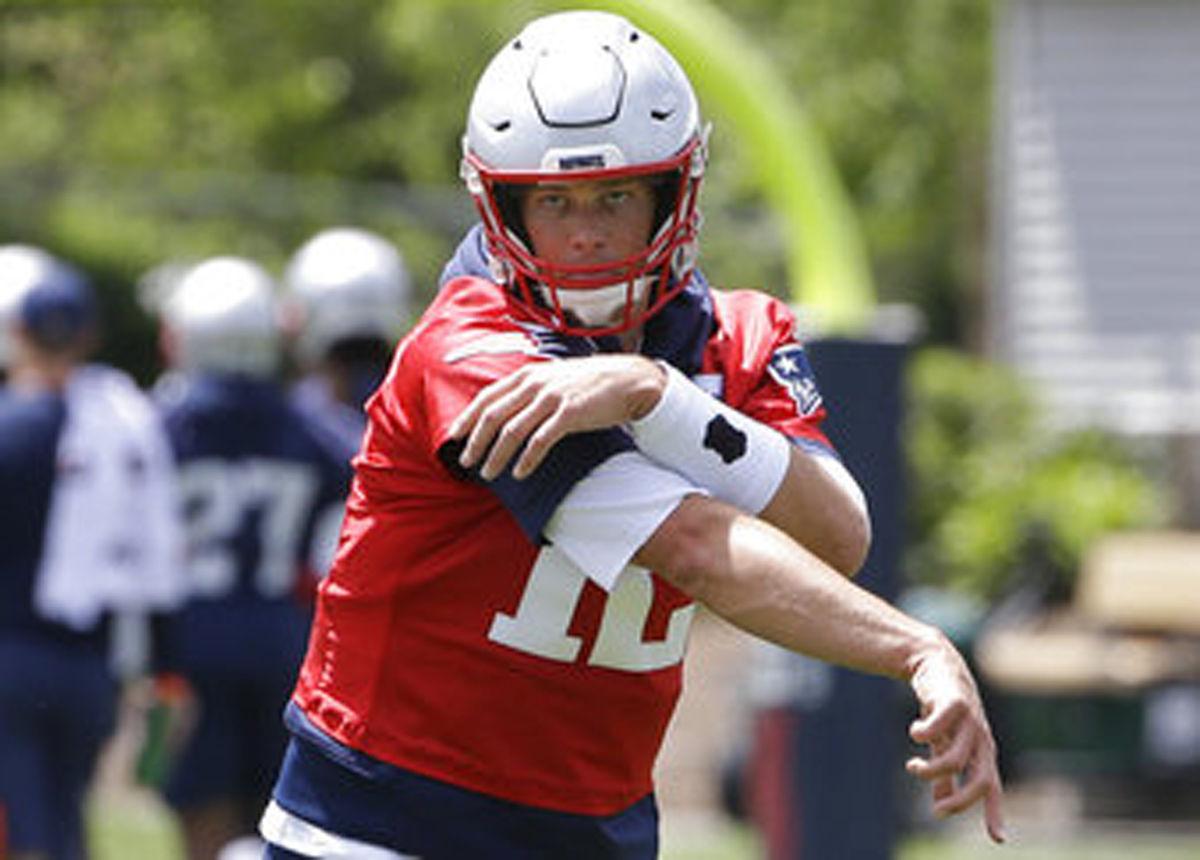 New England Patriots quarterback Tom Brady (12) calls out a signal during the second half of an NFL football game against the Tampa Bay Buccaneers Thursday, Oct. 5, 2017, in Tampa, Fla. The Patriots won 19-14. (AP Photo/Phelan M. Ebenhack)

Then-New England quarterback Tom Brady calls out instructions behind the line of scrimmage Oct. 5, 2017, against the Bucs in Tampa.

Tom Brady remembers sitting in Candlestick Park and watching Joe Montana, his childhood idol, take his final snaps as a 49er in 1992 and followed his transition to Kansas City after 13 seasons in San Francisco.

After two decades in New England, reaching nine Super Bowls and winning six of them, Brady made the decision to separate from the Patriots. The Bucs, who made signing the quarterback their No. 1 priority in free agency, introduced their prized addition on Tuesday via conference call with local and national media.

Though a less festive welcome than the traditional introductory press conference due to the concerns over COVID-19, there was relief and excitement in the voices of Brady, coach Bruce Arians and GM Jason Licht as they discussed how Brady landed in Tampa and what is to come.

However, uncertainty mounts on many fronts for the quarterback that once seemed destined to be a Patriot for life.

Before he takes his first snap for the Bucs, Brady will spend the next few months dissecting and learning a brand new system, familiarizing himself with new teammates and moving his wife and three children out of New England, all for the first time in his NFL career.

“This is all very unique to me as it’s the first time it’s happened in 20 years,” Brady said. “Hopefully the knowledge from my experience playing quarterback will allow me to transition quickly. There are a lot of things I need to get up to speed with and that’s a unique challenge that I haven’t faced, but something I’m looking forward to.”

Brady said he didn’t seek out free agency at this point, but was intrigued by the idea of finishing out his career with a new franchise. The quarterback with the second most career passing yards and touchdowns in NFL history and more championships than any other player, has little left to prove.

For the Bucs, who decided to move on from former No. 1 pick Jameis Winston after five seasons, Brady brings the necessary tools and leadership to elevate the organization and end a 17-year playoff drought.

“Tom is the greatest quarterback to play the game of football and any time you can add someone of his caliber, you make your organization better,” Licht said. “We knew he’d be a perfect fit in what we’re trying to do here. He’s going to have a transformative effect in our locker room. He’s a Buccaneer today not because of what he’s accomplished in the past, but for what we believe he can accomplish here in the near future.”

“We looked at everybody who might be available at the quarterback position, really never dreaming Tom would be available,” Arians added. “But if he was he’d be our No. 1 choice. He can do everything we need to do in our offense. Once that became a reality it was full bore ahead to see what we could do to get this done.”

Brady now joins a loaded offensive core that helped Winston pass for over 5,000 yards and 33 touchdowns in 2019. The receiving tandem of Mike Evans and Chris Godwin, combined for 153 catches, 2,490 yards and 17 touchdowns in 2019, will be one of the best duos Brady has had in his career.