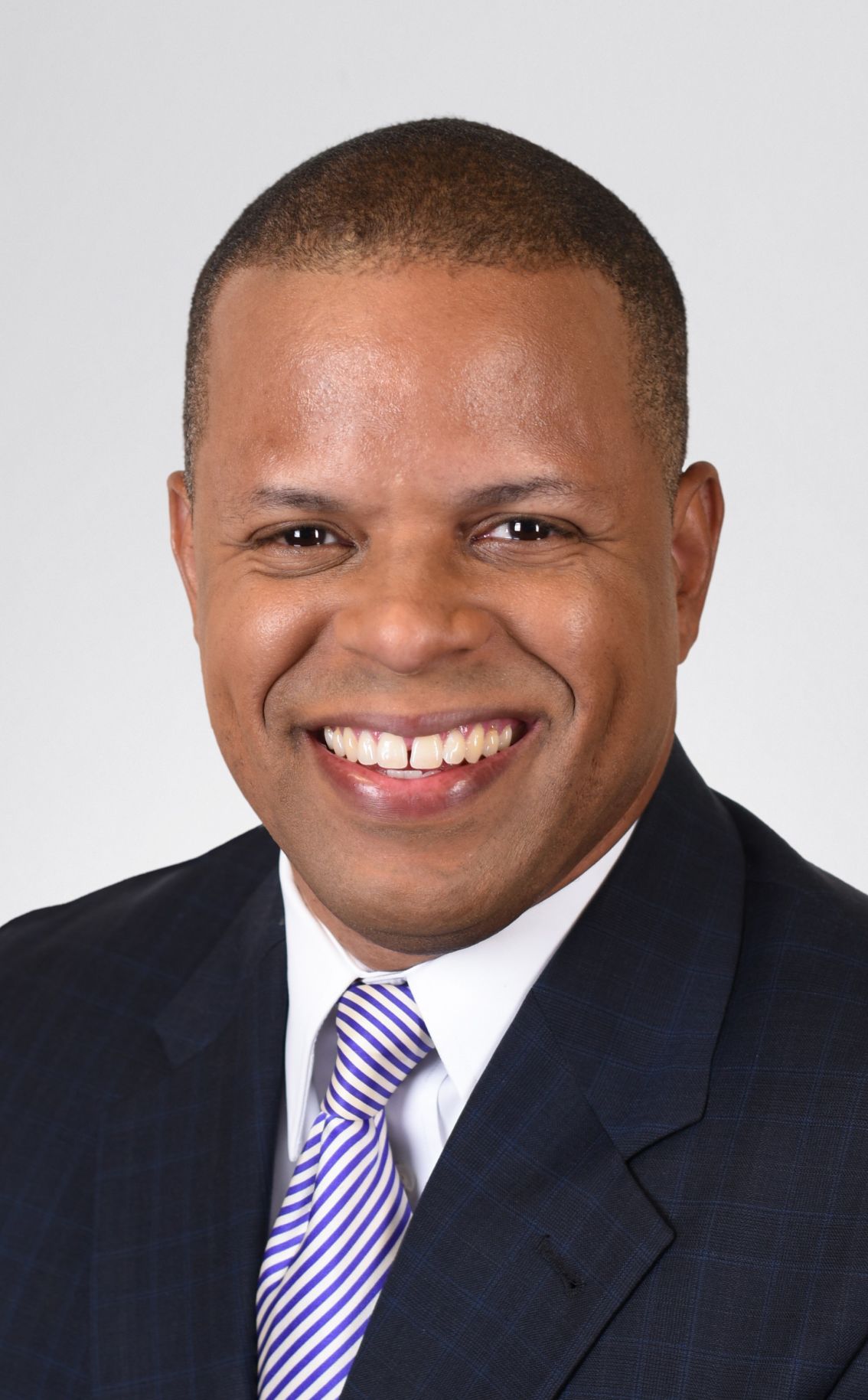 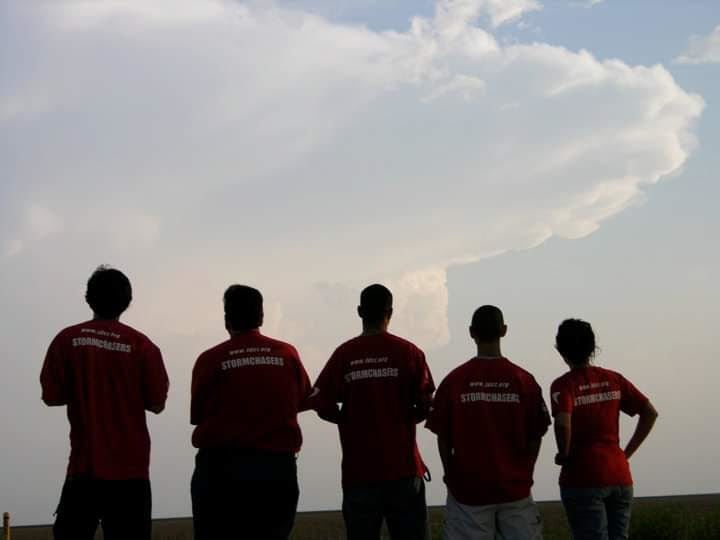 Fox 4 meteorologist Derek Beasley and other storm chasers followed a tornadic storm one evening in 2005 near Dodge City, Kan. Beasley is third from the left. They are looking at a storm they eventually would intercept later that evening.

Fox 4 meteorologist Derek Beasley and other storm chasers followed a tornadic storm one evening in 2005 near Dodge City, Kan. Beasley is third from the left. They are looking at a storm they eventually would intercept later that evening.

To excel at tracking storms, it helps to have experience chasing them.

Derek Beasley has been chief meteorologist at WFTX, Fox 4 in Fort Myers since 2015. But he began studying hurricanes and other tropical weather as a kid, growing up in Arkansas. He showed early interest in reading about storms like Hurricane Alicia (Houston) in 1983 and Hurricane Andrew (Miami) in 1992, trying to understand why they did what they did. That helped him to prepare to study meteorology in college and pursue a career in broadcast meteorology.

Two decades after college he has also tracked and studied tropical weather and other types of storms at television stations in Mississippi, Arkansas, Alabama and Ohio. But his storm chasing days also taught some valuable lessons.

“Even when I wasn’t living in the Gulf Coast I chased hurricanes,” Beasley said. “I was a storm chaser. I wanted to be in the position to experience it for myself so I could see what happens when the eye wall of a storm comes over.”

With his storm chasing experience, Beasley the meteorologist has important knowledge of what to expect during a hurricane, which he can convey to viewers. But his meteorology training also helped Beasley the storm chaser stay safe.

When he was chasing Hurricane Isabel in North Carolina in 2003, Beasley got first-hand experience with storm surge, the rising of the sea that results from atmospheric pressure changes and wind.

“I could clearly see that the water was coming up and I didn’t want to be in the position that we were going to get stuck out there,” he said. “So I made the decision to get out ... get away from the coast.”

Some of his colleagues stayed behind. Later that evening he learned that the water had gone up to the roof of their car and the others were stuck there.

Chasing a storm in Missouri that had spawned a “huge,” multi-vortex tornado, Beasley decided not to “core punch” the storm — drive through the rain and hail to get to the other side. While his friends drove through and saw it, Beasley drove into a barn and was pelted by baseball-sized hail with cows all around him.

“I felt fine that I decided not to core punch,” Beasley said. “They ended up seeing the tornado but they essentially risked their lives. I never was a risk taker when it came to chasing storms. I wanted to see it and learn about it, but I was willing to stay safe doing that.”

Beasley was supposed to chase Hurricane Charley with friends in 2004 but work-related travel kept him away. When he got on a plane Charley was a Category 2 headed for Tampa. When he got off an hour later it was a Cat 4. He called his friends, who were in Charlotte County, and told them to “get out now!

“It was a very small, fast-moving storm,” Beasley said. “But it had insanely strong winds and did a lot of damage in Charlotte County.”

Thoughts on 2020 hurricane season: "It appears that the factors that we look for for a more active season are coming together."