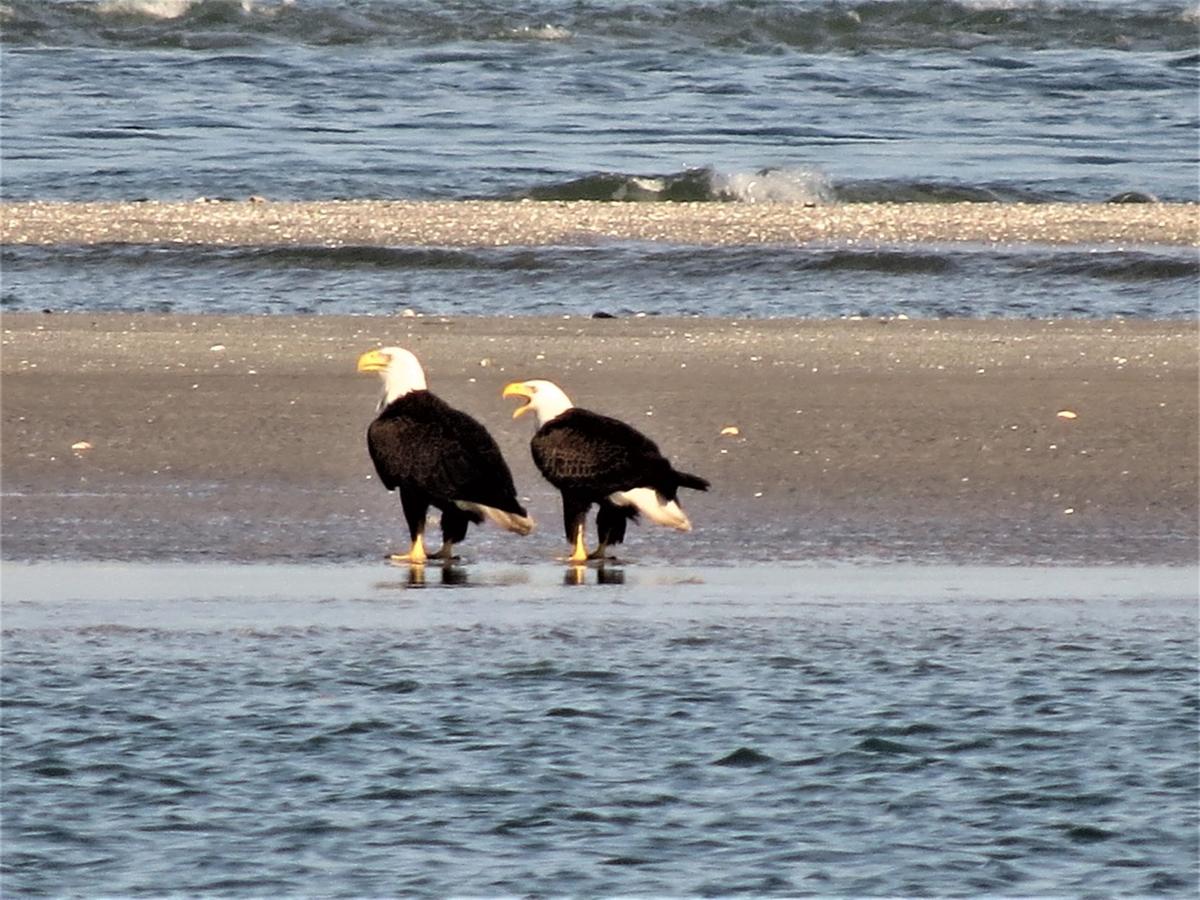 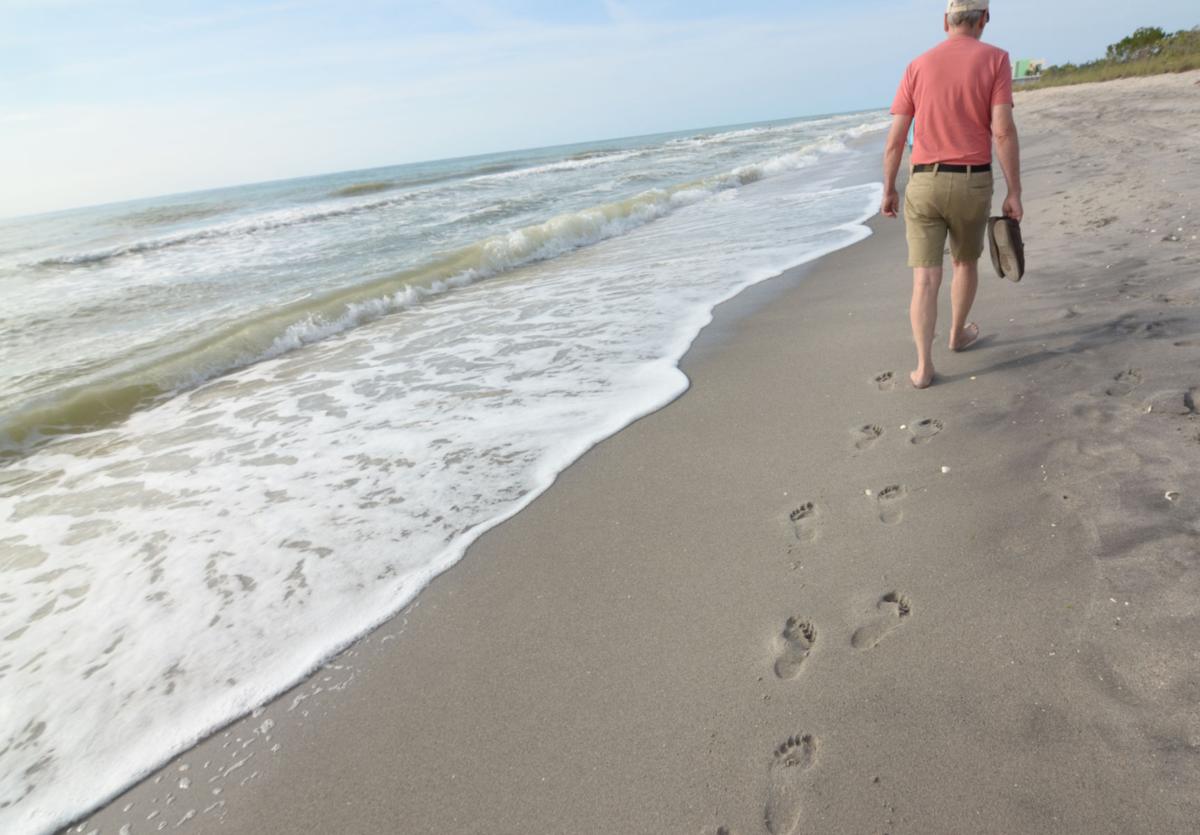 Jack Mosely of Warren, Vt., leaves track in the sand as he strolls at Stump Pass State Park in this 2018 photo. 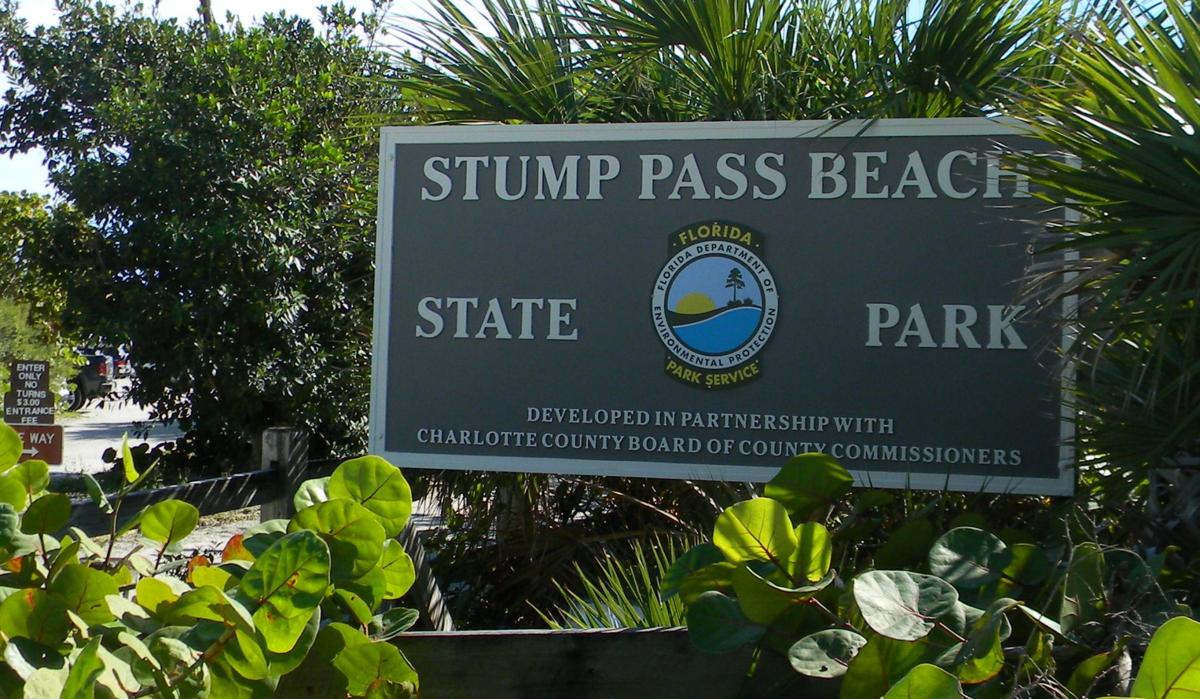 The nonprofit Friends of Stump Pass hope to raise enough in donations to purchase an all-terrain vehicle that can be used by rangers and volunteers at the 1.3-mile-long public beach at the southern tip of Manasota Key.

Jack Mosely of Warren, Vt., leaves track in the sand as he strolls at Stump Pass State Park in this 2018 photo.

The nonprofit Friends of Stump Pass hope to raise enough in donations to purchase an all-terrain vehicle that can be used by rangers and volunteers at the 1.3-mile-long public beach at the southern tip of Manasota Key.

ENGLEWOOD — The Friends of Stump Pass hope they can raise enough money to buy an all-terrain vehicle for Stump Pass Beach State Park.

The year-old nonprofit group is collecting donations and plans its first fundraiser to raise money for the beach, situated at the southern tip of Manasota Key, not far from the Englewood mainland.

What many people may not know, McCoy said, is that Florida parks have to support themselves primarily with revenues generated at the parks themselves. Stump Pass State Park draws revenues from its $3 parking fees. That’s not a lot, since you have to account for rangers being paid.

“The ATV will give rangers and volunteers the ability to get around the park easily,” McCoy said. The ATV will make it easier for rangers to pick up and remove stone crab traps and other trash that washes ashore.

The mission statement of the 45-member Friends of Stump Pass is “to preserve nature and protect wildlife by connecting people to the unspoiled beauty of Stump Pass Beach State Park.”

Friend groups throughout the state raised more than $4.5 million for their favorite parks. Stump Pass has received donations for signage and kiosks from the Coastal Wildlife Club, the group that oversees volunteer sea turtle nesting patrols on Manasota Key, McCoy said.

The 1.3-mile-long public Stump Pass State Beach was originally owned by Charlotte County and called the Port Charlotte Beach State Recreation Area. The beach had been acquired by the county from the defunct General Development Corp.

In 1970, the state acquired the beach and, in 1971, the Florida Department of Environmental Protection took over its management. For decades, the beach had only four parking spaces and no amenities. In 2000, thanks to state and local funding, the state built the existing parking lot with additional spaces, restrooms, dune walkovers and a nature trail along Lemon Bay.

The nonprofit friends group for Stump Pass first organized in 2018 to help support the beach.

The Friends of Stump Pass will have their first big fundraiser, set for 4-7 p.m. Jan. 25 at the Lighthouse Grille in the Stump Pass Marina, 260 Maryland Ave., Englewood. The festivities will include a live band, "tasty fare and a cash bar," a silent auction, RSVP for a complimentary boat ride to Stump Pass and back to the marina. Tickets are $50 and are available online at www.eventbrite.com.

The Friends will also have a drawing for a seven-day stay in a two bedroom villa at an Orlando resort. They ask for a $25 donation for one raffle ticket and a $100 donation for five tickets. Raffle tickets will be on sale starting Nov. 30 at Stump Pass Beach State Park in the picnic pavilion by the flagpole.