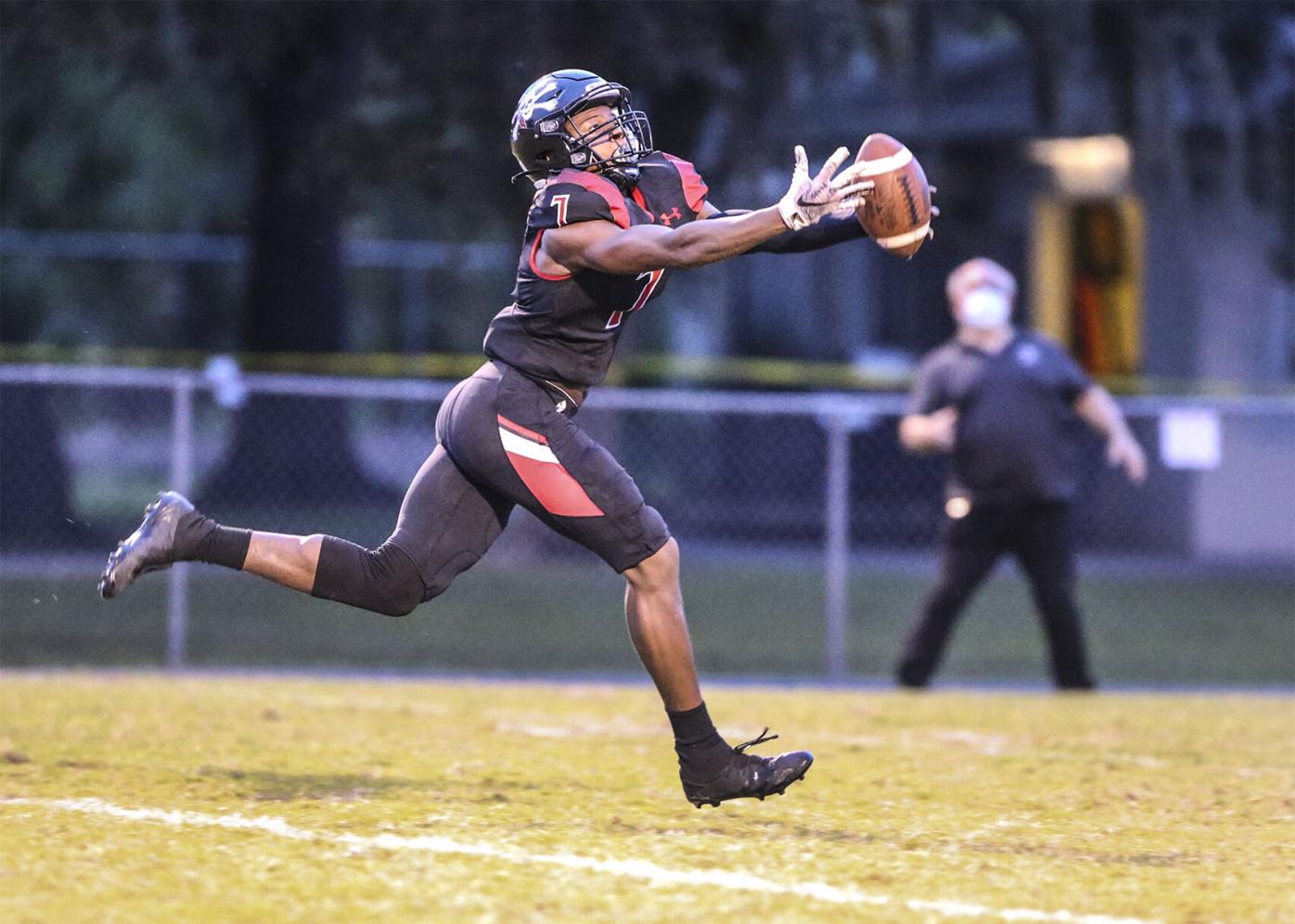 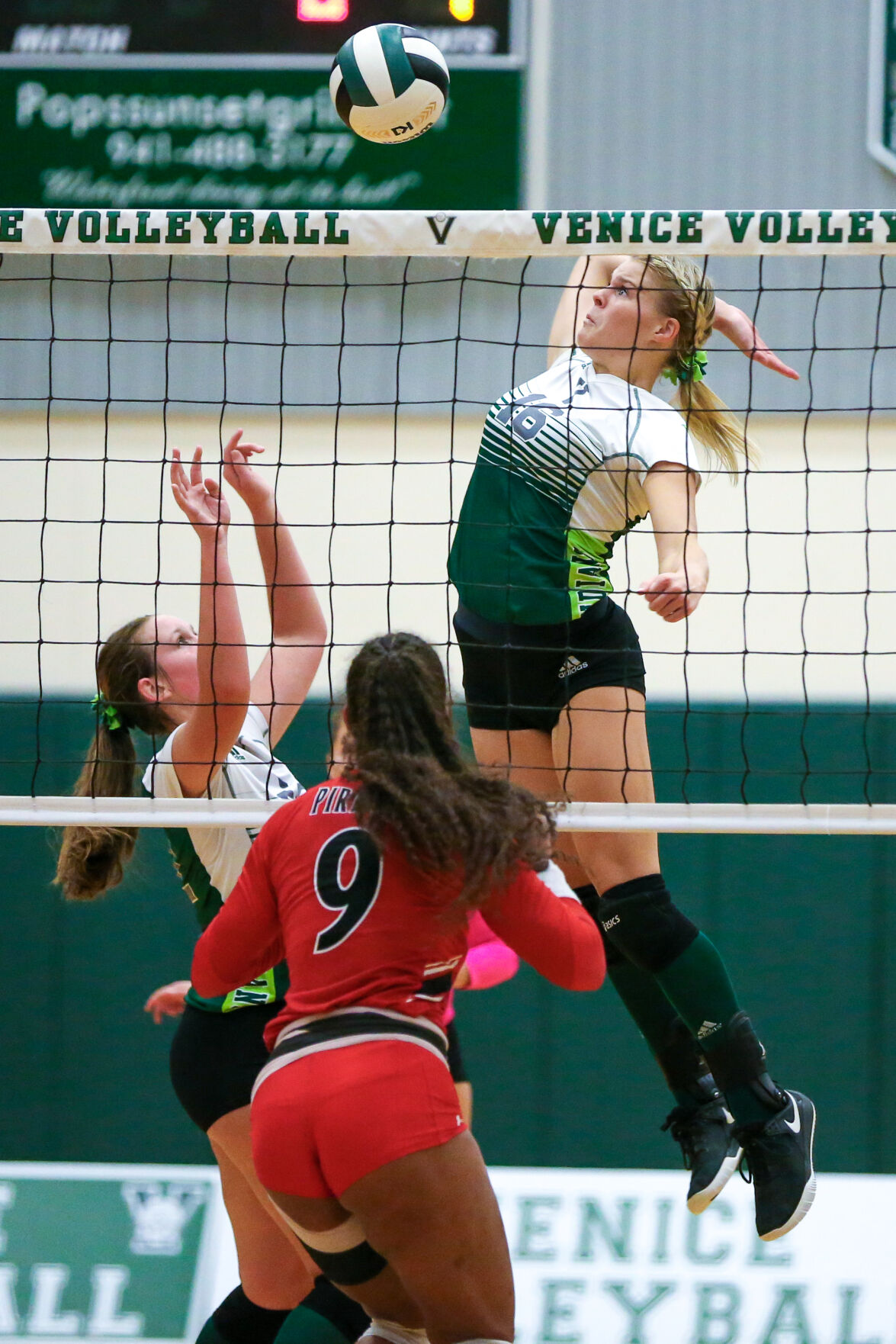 Venice middle hitter Paden Keller has been one of her team's most consistent players through a 3-3 start that includes sweeps of Sarasota, Port Charlotte and Riverview.

Venice middle hitter Paden Keller has been one of her team's most consistent players through a 3-3 start that includes sweeps of Sarasota, Port Charlotte and Riverview.

Luther, a senior, is one of four brothers currently participating in the Pirates football program and shouldered out brother Virgil and several other teammates for the honor.

In Port Charlotte’s 56-12 victory against DeSoto County on Friday, Luther hauled in touchdown passes of 52, 32 and 27 yards from fellow senior quarterback Logan Rogers as the Pirates raced to a 49-6 halftime lead.

Luther had the chance to graduate this past spring, but returned in part to play one more season alongside his brothers.

“He’s an outstanding kid. Whether he plays good or bad, he always shows up on Monday with the same work ethic,” Pirates coach Jordan Ingman said. “He never thinks he’s better than anybody. He shows great humility with his success, which is something we really appreciate and respect.”

In her second season with the varsity volleyball team at Venice, Keller has turned into one of the Indians' best players.

She led her team with 12 kills in a 3-0 win over Port Charlotte and then followed that up with 73 kills and 12 blocks across four games this weekend in the Battle of the Beach tournament at Venice High.

"Paden is a fierce competitor and has great hops," Venice coach Brian Wheatley said. "She is definitely a fast-twitch kid who will get plenty of opportunities all year long."