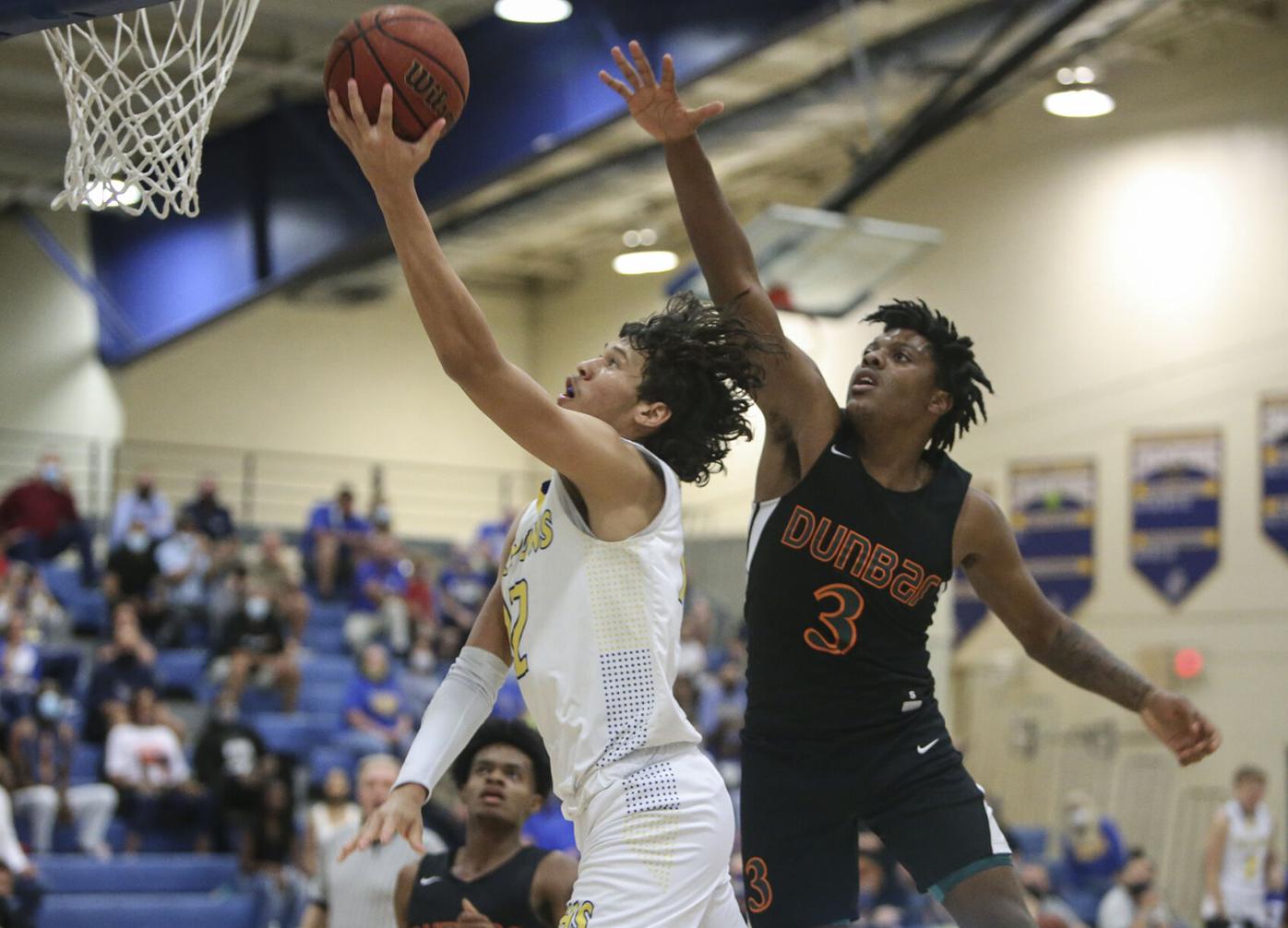 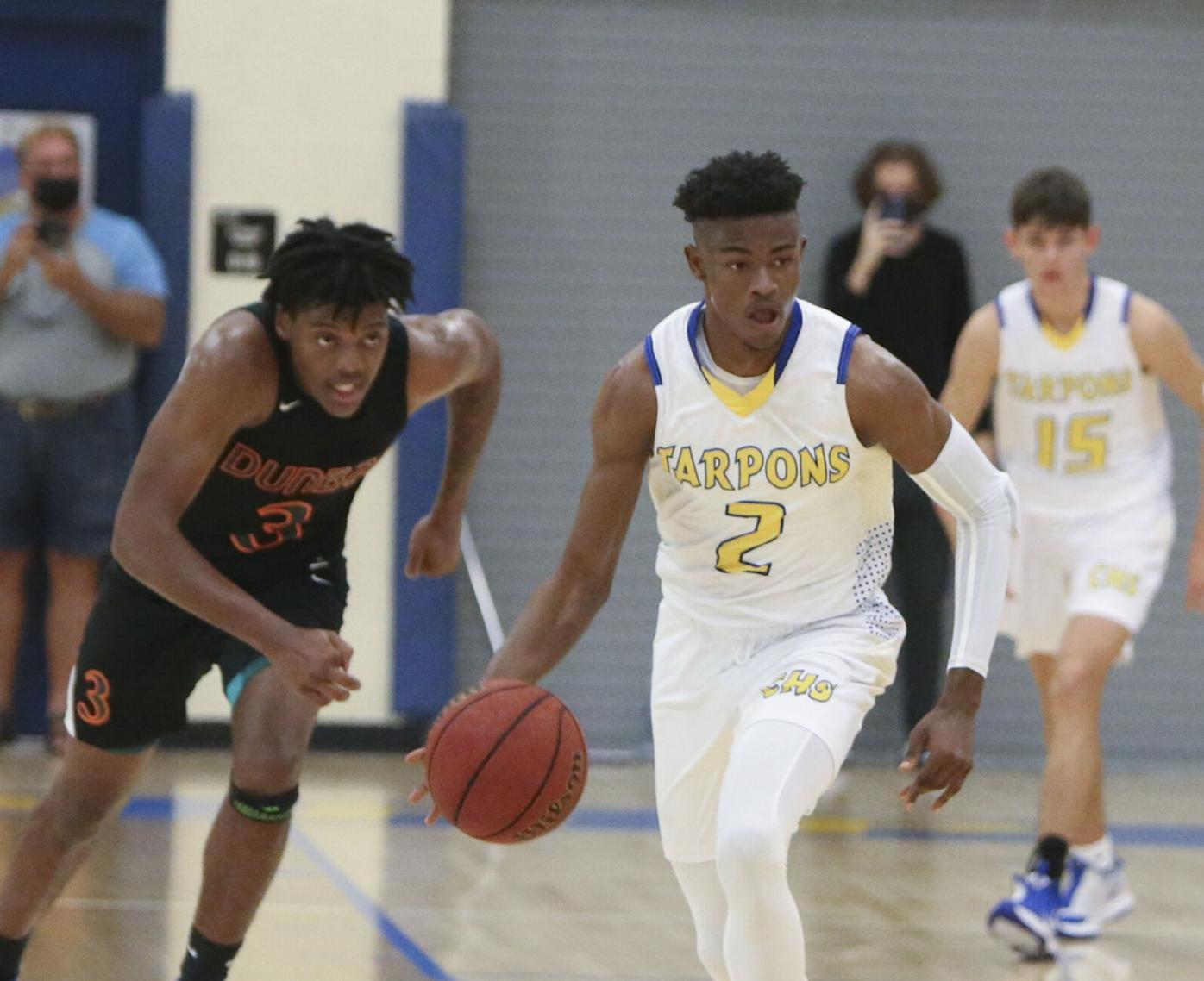 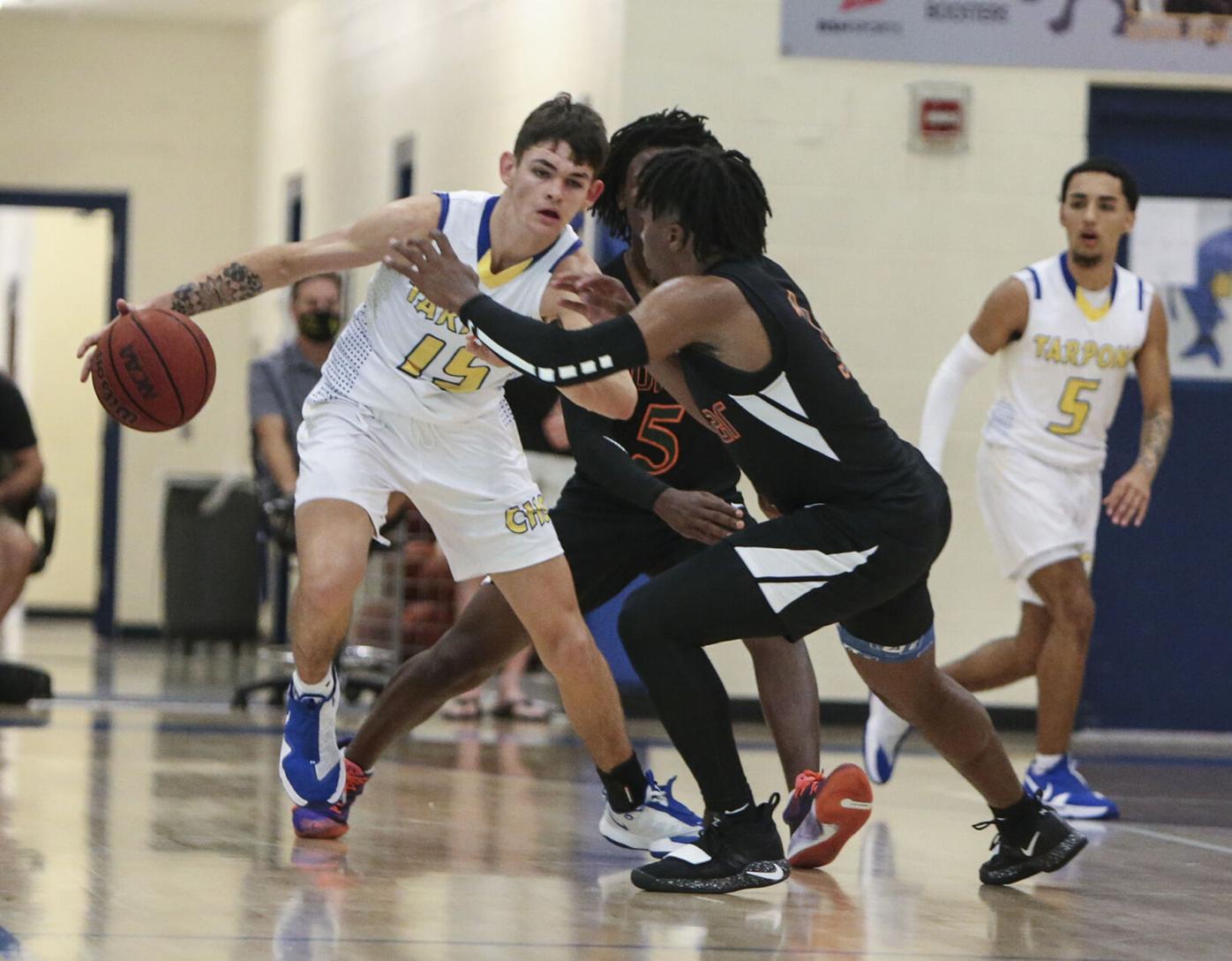 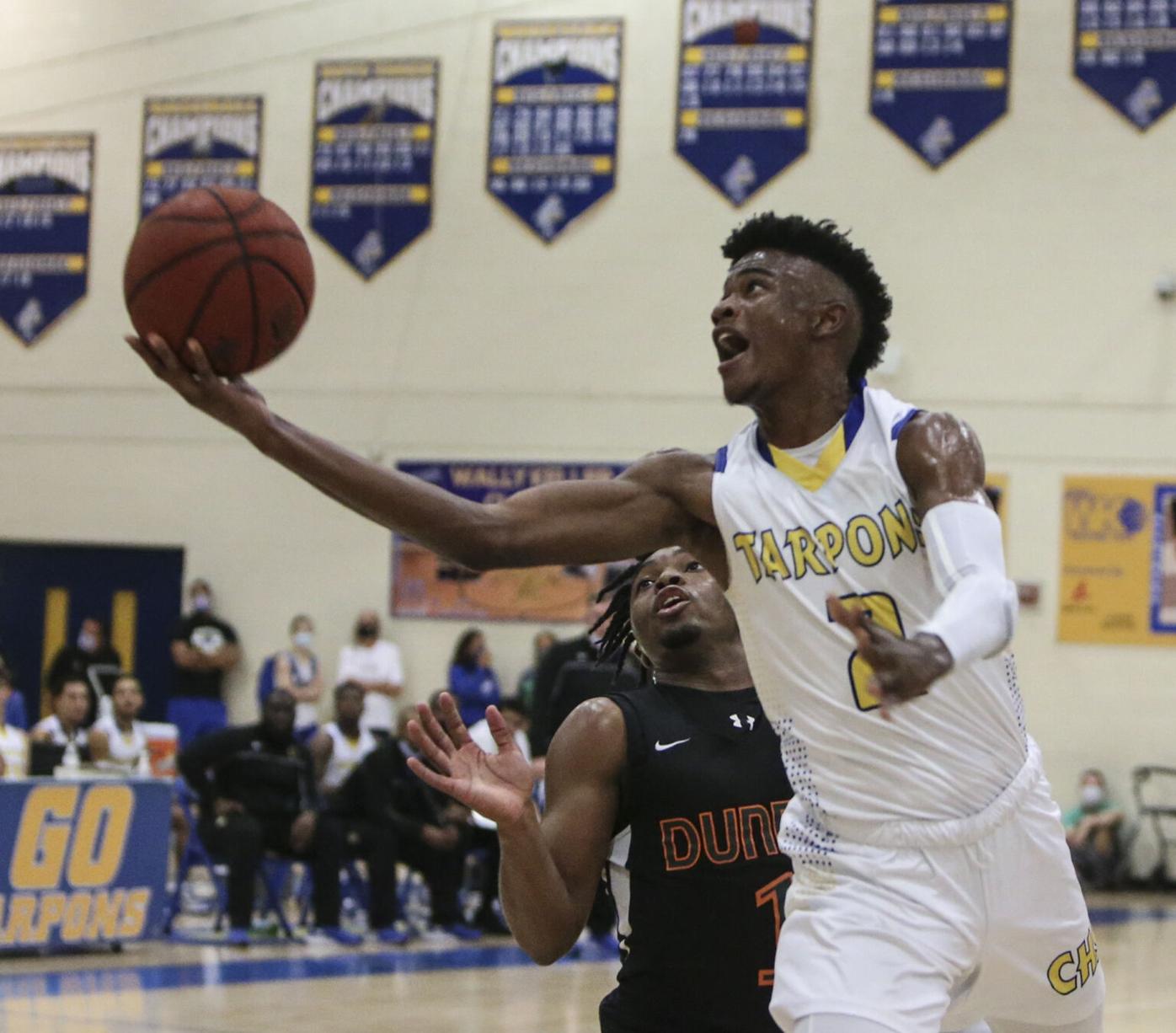 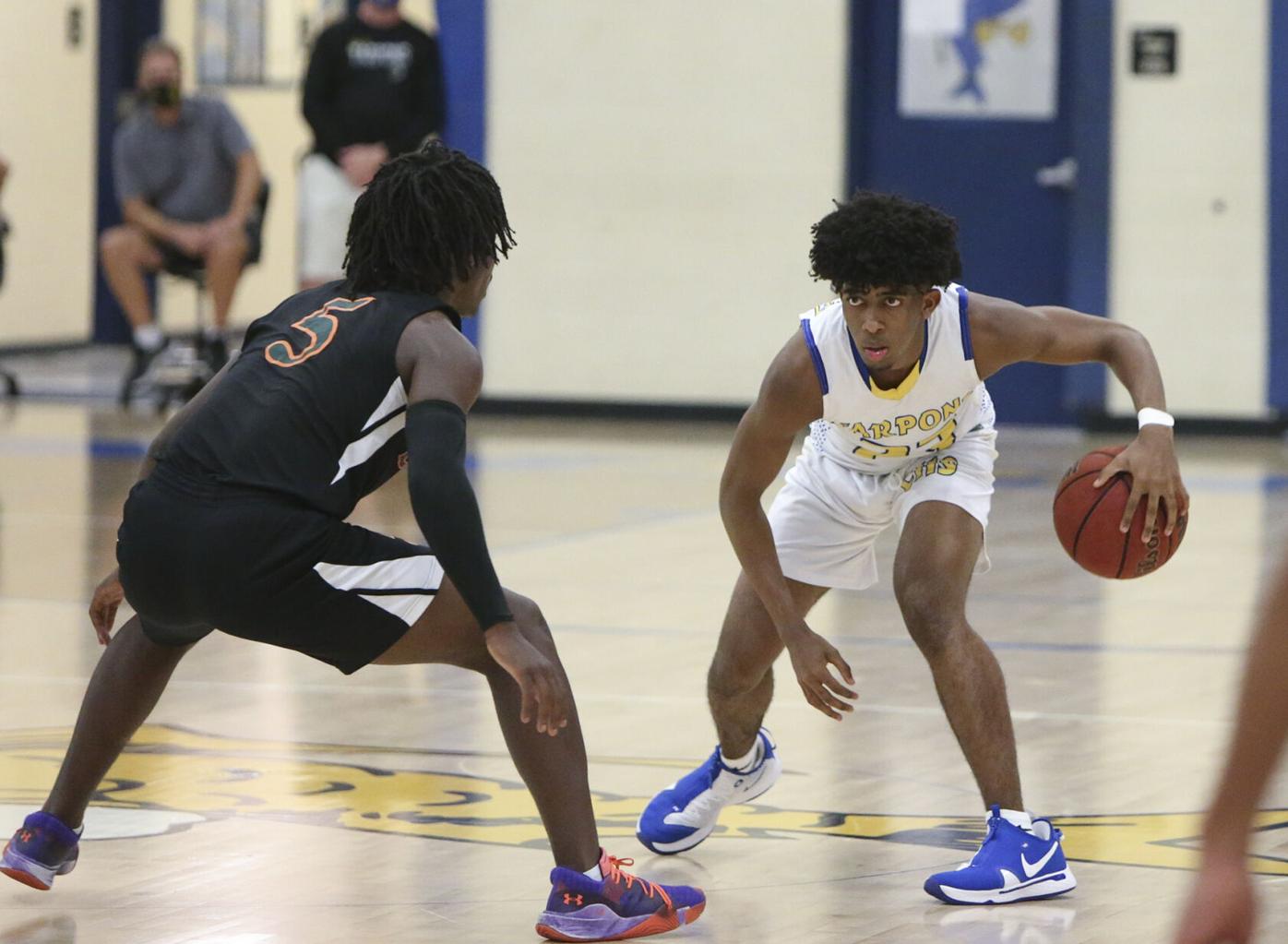 PUNTA GORDA – Typically, the game plan to stop the Charlotte High School boys basketball team is to stop Tre Carroll and let the others try to beat them.

For Dunbar, that plan lasted for a half. The plan to let the others beat them was more successful, because they did.

And while Carroll ended up with a game-high 30 points in what turned out to be the last home game of his great career, many others had their moments as the Tarpons pulled away late for a 76-59 victory Tuesday at the Wally Keller Gymnasium in the semifinals of Region 6A-3.

The victory sets up a rematch in the regional final Friday at East Lake. East Lake beat Wiregrass Ranch 83-59.

Charlotte coach Tom Massolio said whenever he needed a spark from someone other than Carroll, he was able to find it.

“Everyone contributed. It was a rally nice effort from everybody. Other guys made plays and that’s where we need to be,” Massolio said. “This time of year you need multiple guys to make plays and we did that tonight.”

That meant guys like Jordan Santiago, who provided offense early to keep Charlotte close, and D.J. Woods who had a killer 3 in the fourth quarter to bury the Tigers.

After Charlotte (20-9) played Dunbar on even terms in the first quarter, they were able to build an 11-point lead on the strength of John Gamble’s 10 points in the second quarter (16 overall).

“They made a run on us and we didn’t respond well. We bounced back, made some stops and increased the lead and never looked back,” Massolio said.

Carroll got his groove back, tearing up Dunbar with drives inside, while Gamble and D.J. Woods were able to score and facilitate easy opportunities for Carroll as the Tarpons pulled away.

“My teammates had it going and were doing everything, so there wasn’t a need for me to try and take over. They were denying me, but leaving my teammates open,” Carroll said. “There was nothing they could do about it because we were putting points in the basket.”

“I go into the game and give my team energy and pick them up. I did that in the first half. In the second half, I didn’t have to score since everyone else was,” Gamble said. “We gave it to Tre and he did what he does.”

David Lias had 14 points for Dunbar. Charlotte was a perfect 11 for 11 from the line.

Charlotte now hopes it can redeem itself against a team that beat them last year and has gone 26-1 on the season and is ranked No. 1 in the state.

“They have multiple guys who can score. They’re a great three-point shooting team. We went up there last year and thought we were prepared, but we didn’t deal with adversity well. We won’t make that mistake this year.”