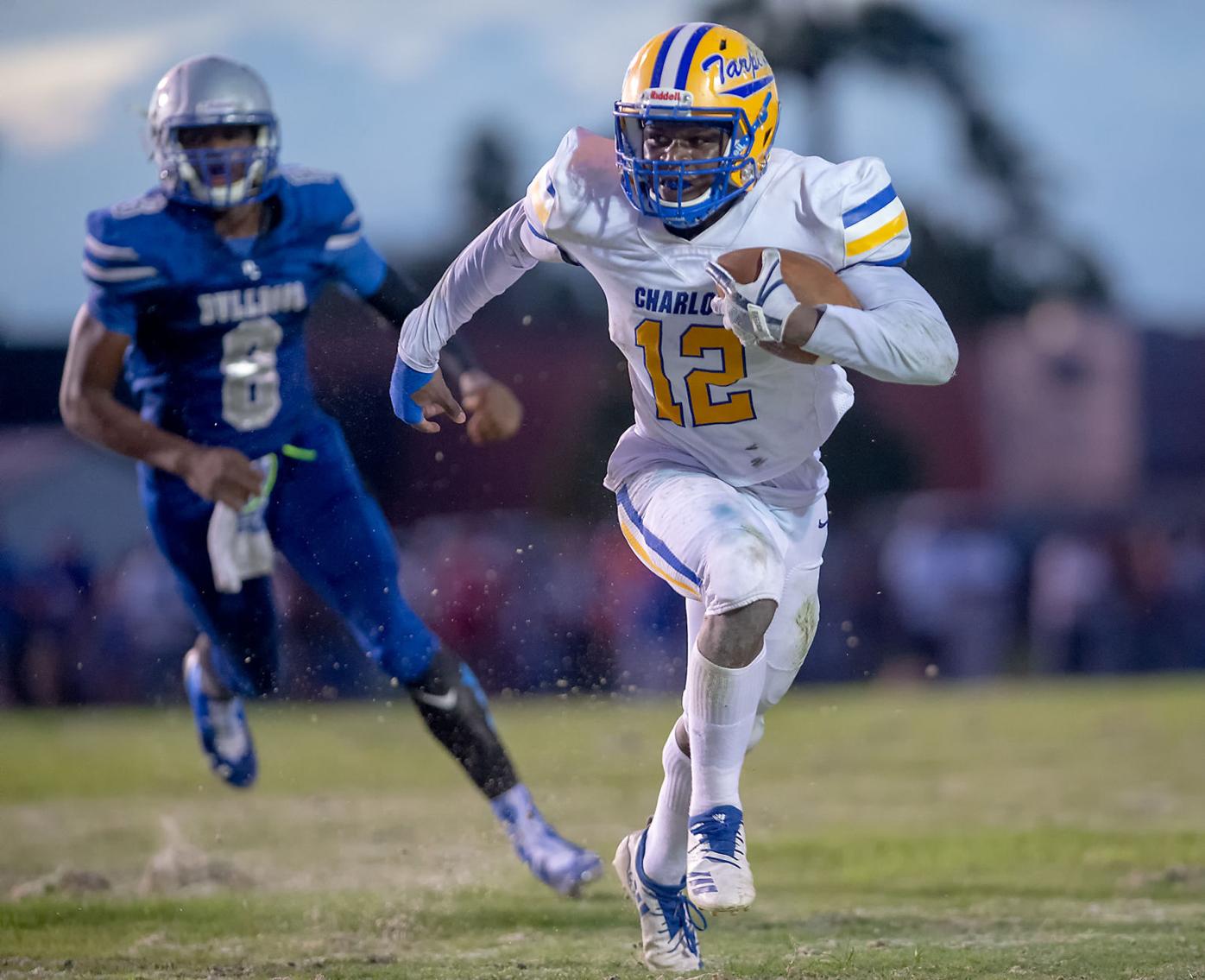 Tai’viahn Kelly has always been a talented football player, but his biggest battles have come off the field. 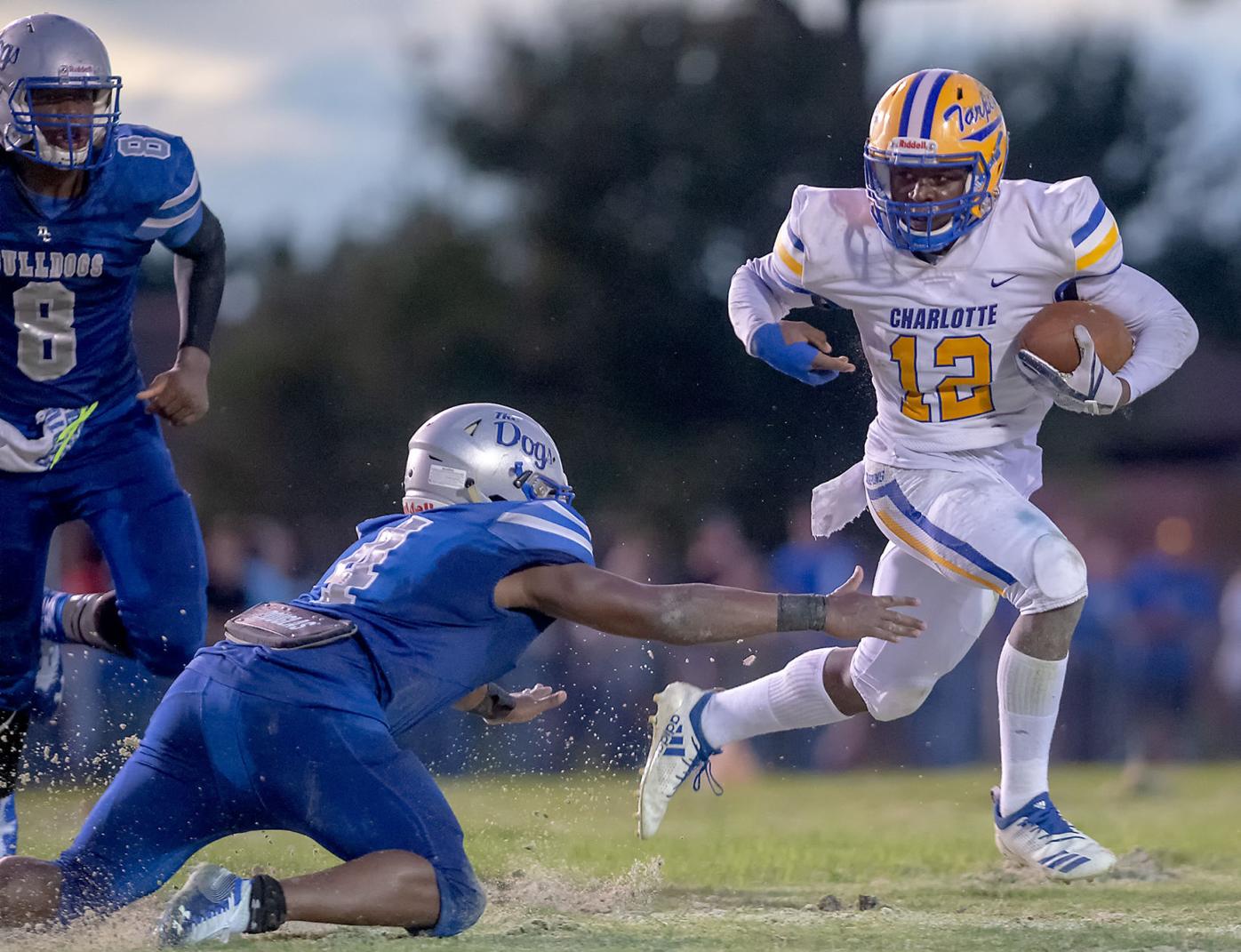 Charlotte’s Tai’Viahn Kelly is expected to be one of the team’s top playmakers as he looks to secure a college scholarship this fall.

Tai’viahn Kelly has always been a talented football player, but his biggest battles have come off the field.

Charlotte’s Tai’Viahn Kelly is expected to be one of the team’s top playmakers as he looks to secure a college scholarship this fall.

Charlotte High’s Tai’viahn Kelly has been a rising star on the varsity football team since his freshman year.

But life off of the field has been a bit more complicated for one of the Tarpons’ best players.

Kelly was about to begin his time at Charlotte when he realized he needed to make a change. The second oldest of eight children being raised by a single mother, he knew the challenges he would face in getting to school and practice.

He didn’t have to look far for help. His longtime friend and teammate Malakai Menzer convinced his family to take Kelly in.

“Malakai came to me and said, ‘Mom, Tai’viahn needs to stay with us. If he’s gonna show up (for school) every day and get to practice, he needs to be with us,’” Phoebe Menzer said.

Over the two years that Kelly lived with the Menzer family he made some changes in his life. He began getting A’s and B’s in his classes and started going to church regularly and reading the Bible.

He also became a member of the Menzer family — going on family vacations and building relationships.

“It was a change being away from home,” Kelly said. “But I grew up my whole life around (the Menzer family) through football, so it wasn’t that awkward. But there was always that awkward moment.

“I was going through a lot, and being there helped me get my mind off a lot of things and straighten my life out. I was bad.”

Then, as he was about to turn 17, Kelly made the decision that he wanted to move back in with his family. The Menzers helped make that possible.

Along with several other families in the Charlotte High community, they pooled together enough money to buy him a truck — giving him the independence he’d never had.

“He’s one of the most loyal people I know,” Phoebe Menzer said. “He has a huge heart and he’s protective of his siblings and my own kids as well.”

Since moving back in with his family, Kelly has maintained the habits he developed over the prior two years.

He still likes to go to church and he’s kept his grades up. Friends and teammates such as Malakai and Jeremiah Harvey have since graduated, but they remain close — still meeting up to hang out or hone their skills on the field.

He’s also piqued the interest of some college recruiters despite missing two games last year with an injury. He said Mississippi State and the University of Alabama at Birmingham are his most promising possibilities so far.

This past season, Kelly intercepted two passes — one to set up the game-winning kick in the regional semifinals — and ran for 487 yards and 6 TDs. This year, Kelly is expected to focus primarily on defense and be one of the Tarpons’ top playmakers.

“He’s tough as nails. He’s not afraid to hit anyone,” Charlotte High coach Wade Taylor said. “He makes an unbelievable difference as a lockdown corner. He’s out there by himself. He doesn’t really need help. In one-on-one, we’ll put him against anyone in the area and let him do his thing.”

He did entertain the idea of transferring away from Charlotte, but after giving it some thought he decided to finish out as a Tarpon.

“I’ve been here since my freshman year and not many kids can start here on varsity since their freshman season,” Kelly said. “So that hit me hard.

“And my mom and my dad graduated from here. I did a lot of thinking on that. It was like, ‘I’m already here and I’m a senior. I might as well finish what I started.’”