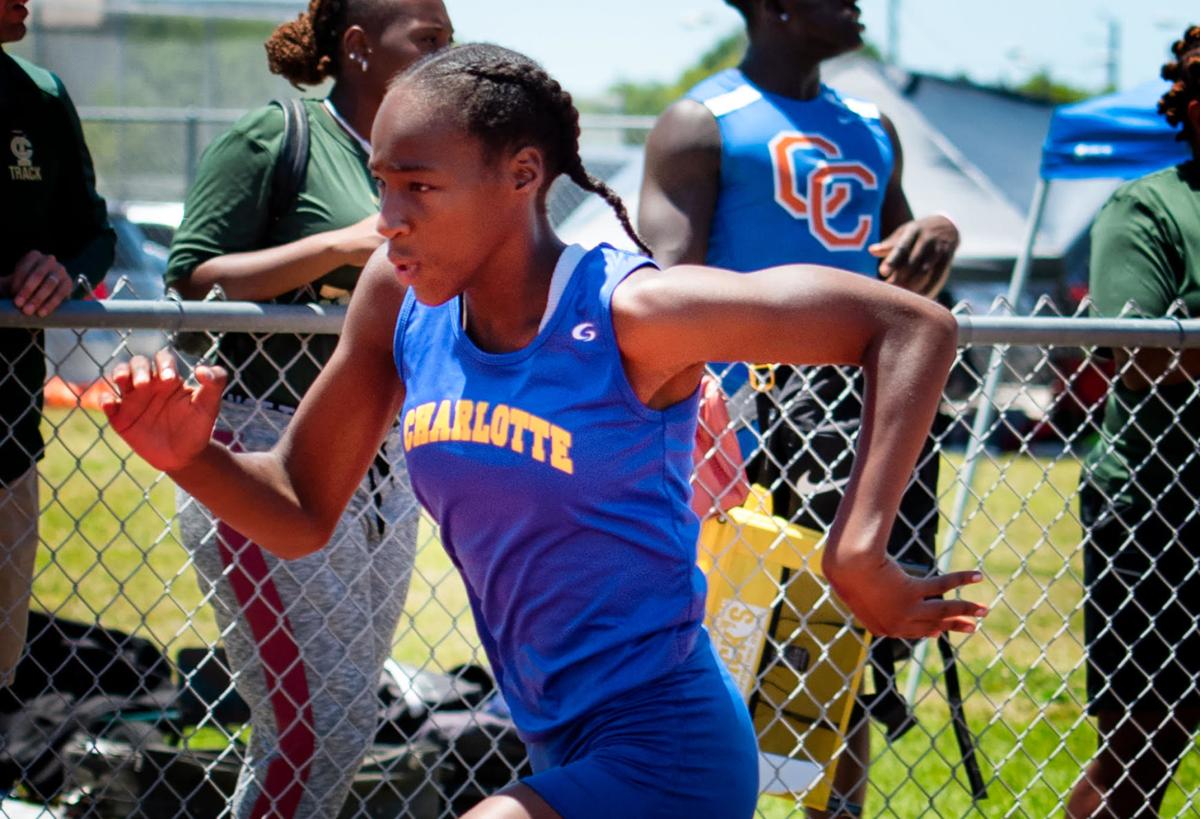 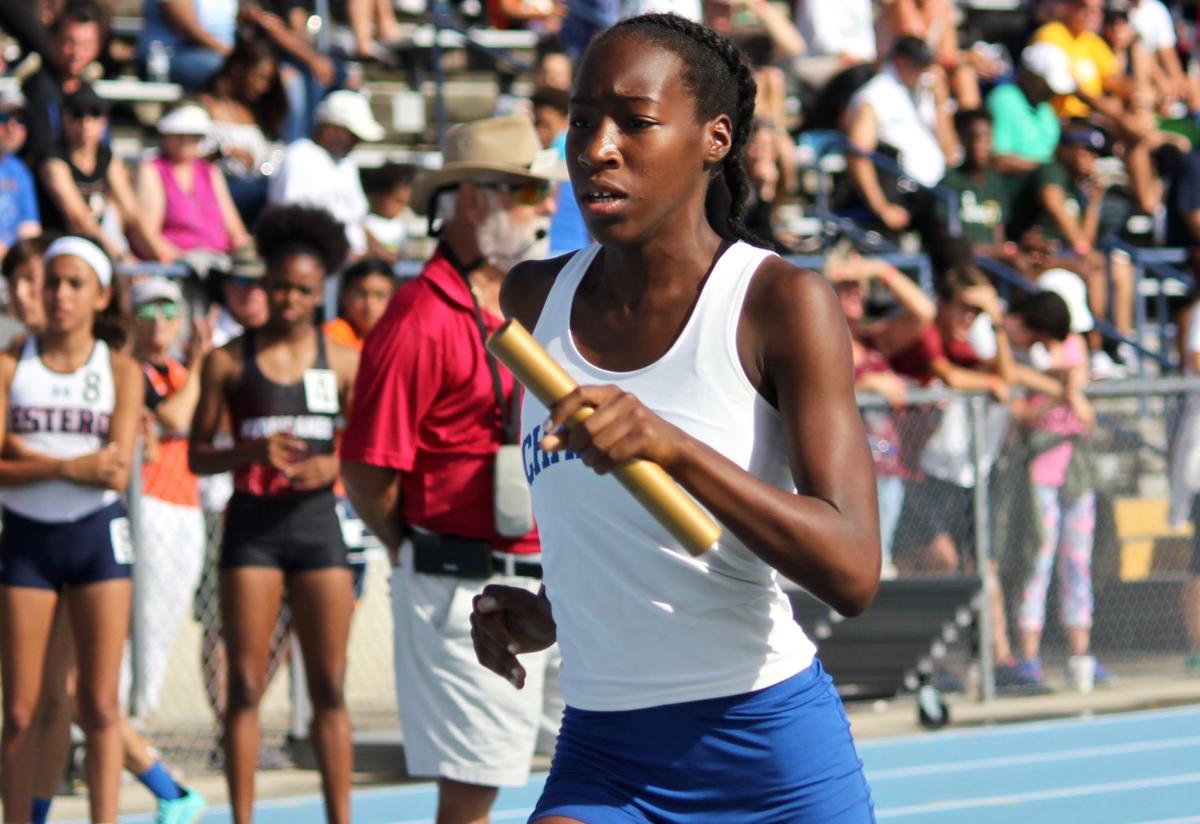 Charlotte’s Aleecia Collins run her leg of the Class 3A 4x800 meter relay on Saturday.

Charlotte’s Aleecia Collins run her leg of the Class 3A 4x800 meter relay on Saturday.

She says that her mind tends to wander as she runs the course during a race.

But during her junior season, Charlotte runner Aleecia Collins’ thoughts were focused on one thing: beating the 20-minute mark.

Each race, it would come down to the final mile to see if she was on pace to break it, but each time she fell short.

That was until she travelled north to Tallahassee for the biggest race of the year. Racing against the state’s elite runners at the state championship meet, Collins was spurred along by the competition.

Her pace was solid with the runners around her pushing her to reach new limits. As she raced toward the finish line and saw the timer, she knew she finally had achieved her goal, finishing 29th.

“I kept trying to do it every race and I’d get close,” said Collins, who was selected as the Sun’s 2019 Girls Runner of the Year.

“I break it down into splits for every mile. Knowing it’s right there definitely drives me. When I saw the time coming down the hill I was like ‘oh my goodness, no way.’ I could not believe it.”

Collins kind of came out of nowhere as a sophomore. She got into running because a friend floated the idea.

Racing as a sophomore she helped the Lady Tarpons reach states in cross country as well as in track and field. Regardless of her youth, her teammates instantly took notice.

“I was not surprised,” former teammate Alexa Roughton said. “I knew she was going to be good, watching her run at practice gave us an idea about the potential she had. It was impressive to watch her make large improvements with her time very week. As she gained more confidence when racing, she became a fierce competitor.”

Though her teammates saw the potential, Collins had her doubts entering her first year, but quickly realized she had something special.

“I was surprised (by my success) because I started out in the 25-minute range,” Collins said. “Being able to go from JV for more than half the season and then turn it on in the last part of the season, I was able to become No. 1 on the team in my first year.”

Collins excels at distance running both on the trails and on the track. Both sports have their similarities, but also have stark differences that Collins enjoys.

“For races, track is more mentally challenging,” Collins said. “It’s only like eight people on the line and it’s really nerve wracking. For cross country you’re with your team so it’s not as bad.”

During track season, Collins enjoys the 400-meter races, which are quite a bit shorter than her distance runs in the fall. Rather than a drawn-out, multi-mile event, she just has to go once around the track.

As a sophomore, her second place finish at regionals solidified the Lady Tarpons team win. This year, she hit personal bests in nearly every event she competed in.

“I’m used to the distance races, but the 400, you just take it all out in one lap,” Collins said. “It’s something different.”