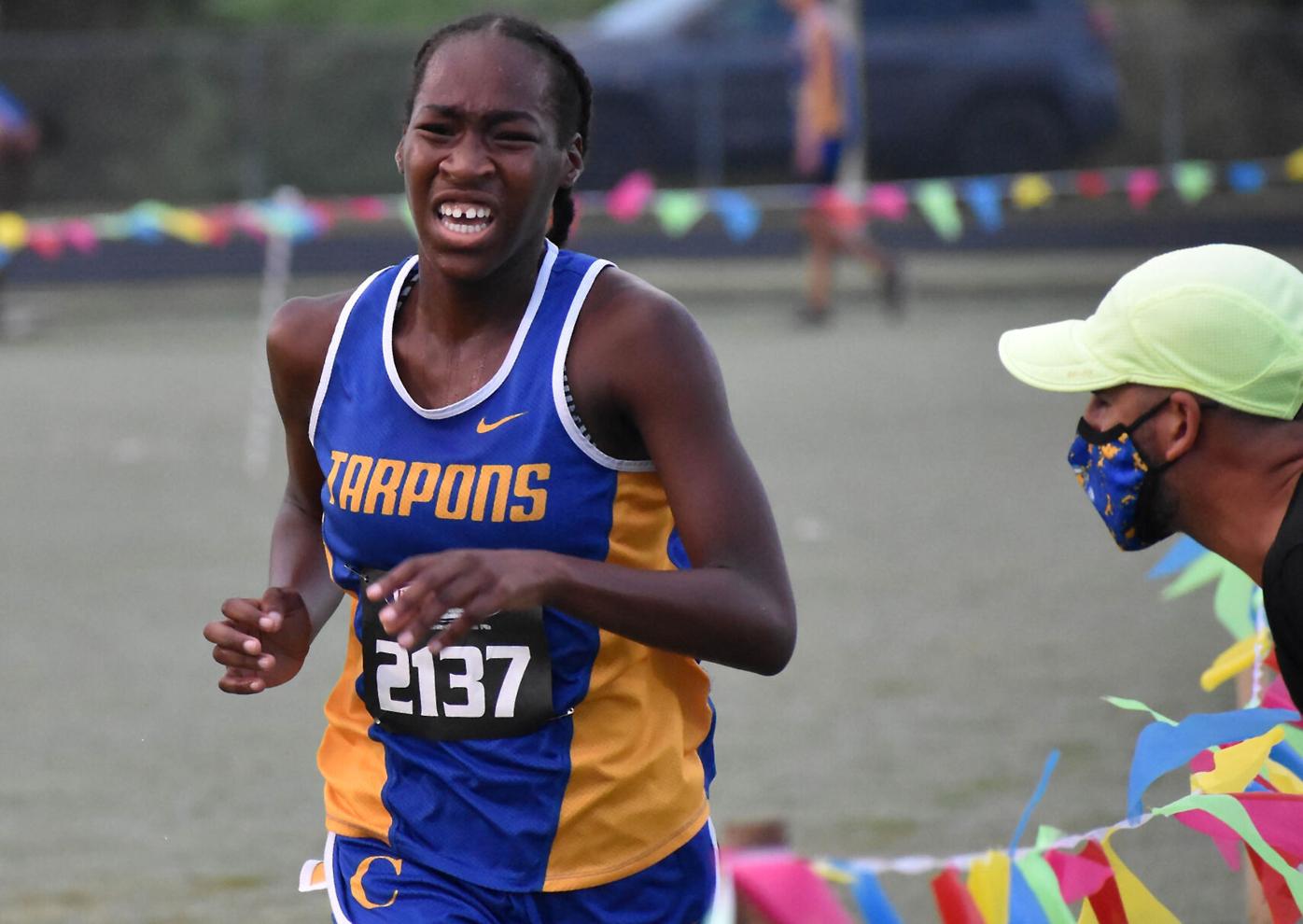 Charlotte senior Aleecia Collins pushes herself over the final 30 yards of the Tri-County Invitational at North Port High School on Saturday as Tarpons coach Chris George urges her on. Collins shattered her personal-best time, clocking in at 19:15.73 to finish second. 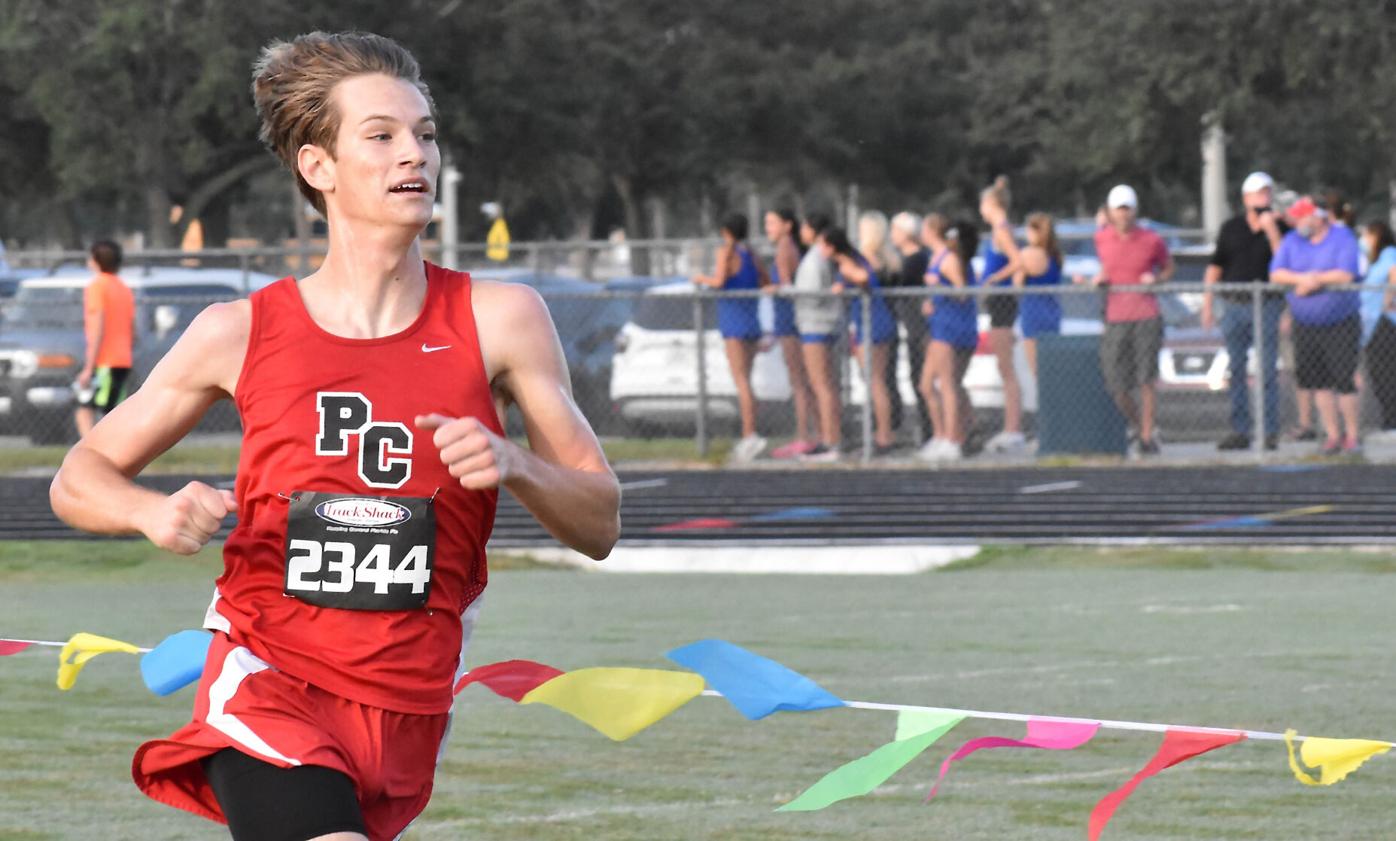 Charlotte senior Aleecia Collins pushes herself over the final 30 yards of the Tri-County Invitational at North Port High School on Saturday as Tarpons coach Chris George urges her on. Collins shattered her personal-best time, clocking in at 19:15.73 to finish second.

A mound of shattered personal records could be found at the finish line of Saturday’s Tri-County Invitational at North Port.

The last significant meet before districts came on a fast course under sunny skies and calm winds, which allowed Charlotte’s Aleecia Collins and Port Charlotte’s Tyler Wadsworth to shatter their personal bests en route to finishing as the top local runners in the 15-school event.

“I wanted to get the low 19s, that was what I was aiming for,” Collins said. “My first mile was a little slow, so I had to pick it up my last two miles and I was able to keep pushing. The other girls in front of me were helping me pace.”

As a team, Charlotte finished fifth overall, one spot behind Venice. Lakewood Ranch, Sarasota and Out of Door Academy took the top three spots.

“We all did what we had to do,” Collins said of the Tarpons’ overall showing. “We’re all set up for districts now. I’m really excited for it.”

On the boys’ side, Wadsworth eclipsed his personal record for the fourth consecutive meet. Saturday’s time of 15:50.66 broke the school record for juniors and was good for second place overall.

Wadsworth came into the season with somewhat lowered expectations after missing three weeks of training during the summer. That changed rapidly when he dropped his time from 16:34 to 16:08 at the Florida State University Invitational before just missing the junior record with a time of 16:00.59 at the Viking Invitational last week.

“(Pirates) coach (Ray Chumbley) wanted me to run with the first-place person and, depending on how fast they were going, either outkick him in the last mile or run with them,” Wadsworth said. “They could be running the hardest race of my season in the 15s, or they could be going easy.”

It turned out to be the former, but either way, the conditions at North Port aided Port Charlotte’s overall upward trend.

“All the sudden last week, we all hit major PRs,” Wadsworth said. “The junior varsity, they all hit two- and three-minute PRs. This week they made another one-minute PR each and even the varsity runners made big PRs, so we’re all moving up.”