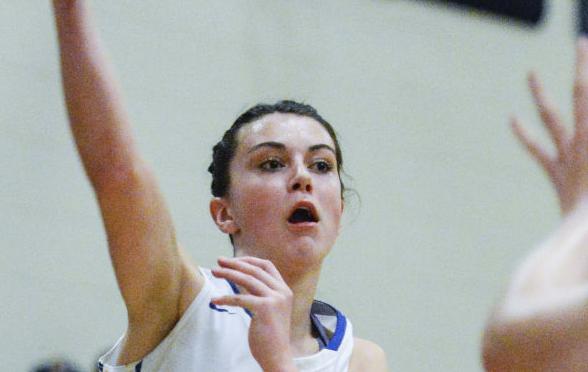 Charlotte’s Bella Desjardins is known for her shooting, but is also one of the team's best passers and defenders, too. 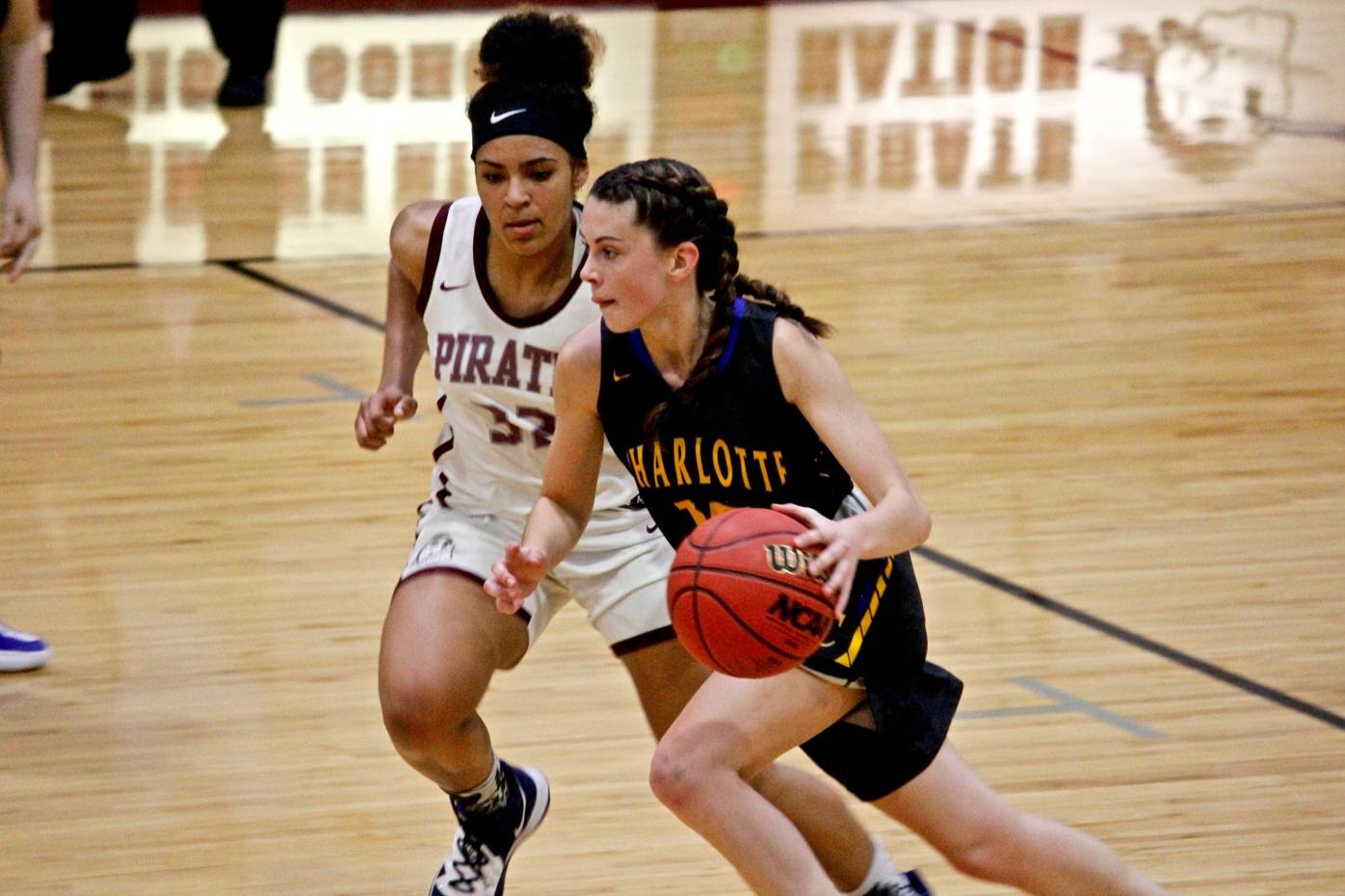 Bella Desjardins is the Tarpons' top shooter, which has led her to eclipse 1,000 career varsity points. 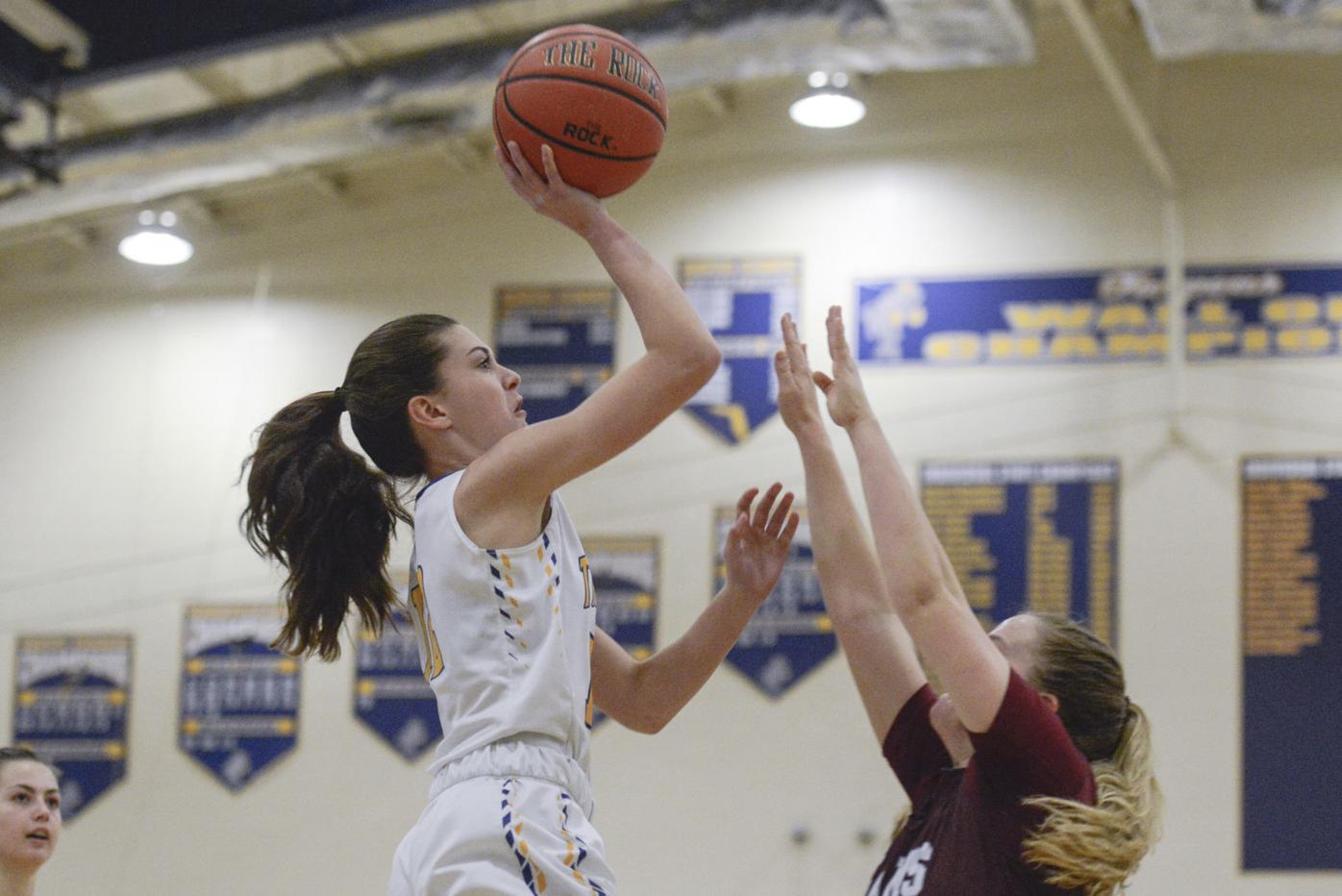 Charlotte guard Bella Desjardins has made 39% of her 3-point attempts and 87% of her free-throw attempts this season, solidifying herself as the team’s top shooter.

Charlotte’s Bella Desjardins is known for her shooting, but is also one of the team's best passers and defenders, too.

Bella Desjardins is the Tarpons' top shooter, which has led her to eclipse 1,000 career varsity points.

Charlotte guard Bella Desjardins has made 39% of her 3-point attempts and 87% of her free-throw attempts this season, solidifying herself as the team’s top shooter.

The senior guard for the Charlotte High girls basketball team first shot a basketball when she was 5 years old, and she hasn’t stopped shooting since.

“I was not a natural-born shooter, or anything like that,” Desjardins said. “My form was very ugly. It’s a lot different now than it used to be.”

Since that first shot she has played in local youth rec leagues, travel leagues, middle school leagues, and finally, for the Lady Tarpons.

Now in her fourth year with the team, Desjardins recently scored her 1,000th career point — becoming the 11th player in program history to accomplish the feat.

It couldn’t have been more fitting for the Tarpons guard, who was at 997 career points before sinking a 3-pointer — her signature shot — against rival Port Charlotte last week.

“Practice, practice and practice,” said Bella’s father, Mike Desjardins, on how she became a good shooter. “She shoots at night. She shoots on the weekends, she shoots on Sundays. It’s just hard work, to be perfectly honest. There’s no secret to it but work.

“We go outside our house, we hit the park, we go to the gym. Luckily in high school she’s had unbelievable coaches who open the gym all the time for the kids.”

It didn’t take long for the Charlotte coaching staff to realize what it had in Desjardins.

Coach Matt Stephenson placed the guard on his varsity team as a freshman, and she soon began to show glimpses of her full potential — recording her first 20-point game that season.

“People around here knew who she was even in her middle school days,” Stephenson said. “As a girl basketball player in this area, the guys knew and respected her, so we kept an eye on her and knew who she was.”

As a sophomore, Desjardins only got better. She averaged 11.6 points per game as the team’s second-leading scorer and was the team’s top 3-point shooter — making a career-high six 3-pointers in a game against Dunbar.

This past season, however, Desjardins finally started shooting at will.

“Any time she shoots it, I have the strongest feeling in the world that the ball is going to go in the basket,” Stephenson said. “If she’s open, she has the green light to shoot it. It’s not even anything the girls have to talk about, it’s just understood.

It’s not just shooting that Desjardins has gained confidence in, either.

As one of four seniors on the roster, she has turned into a leader who holds her teammates accountable.

“She’s very goofy, funny and super nice,” junior guard Ary Hicks said. “But when we need her to lead us, she steps up to the plate.

“Say we’re having a bad practice or something, Bella will be the one to get us focused and get us going.”

It may be a bit easier for Desjardins to focus on basketball with so little of it left at Charlotte.

Less than a month remains in the regular season before her final playoff run begins — after the last two ended in the regional final round.

This time around, the senior and her teammates have set the goal of winning a state title.

But even if Desjardins and the Tarpons fall short of winning it all, one thing is certain — the shots will continue to fly.

“I’ve had cold streaks before, games where it seemed like I couldn’t make anything,” said the senior, who is weighing a couple of offers to continue her playing career in college. “But as a shooter, you have to know you’re not gonna drop 20 a game all the time.

“It used to make me doubt myself, but now that I’m older and more mature, I understand that shooters are going to be off sometimes. You just have to keep moving on and keep shooting.”