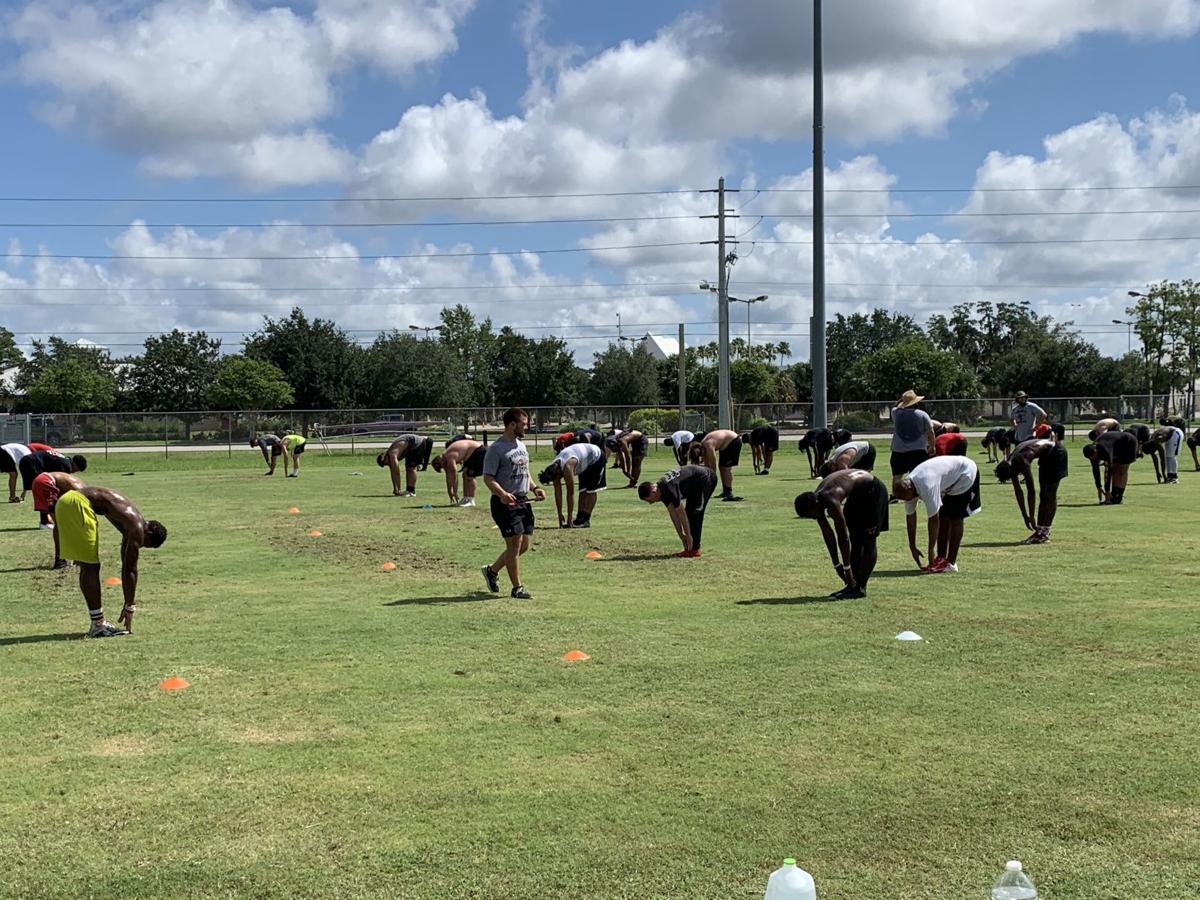 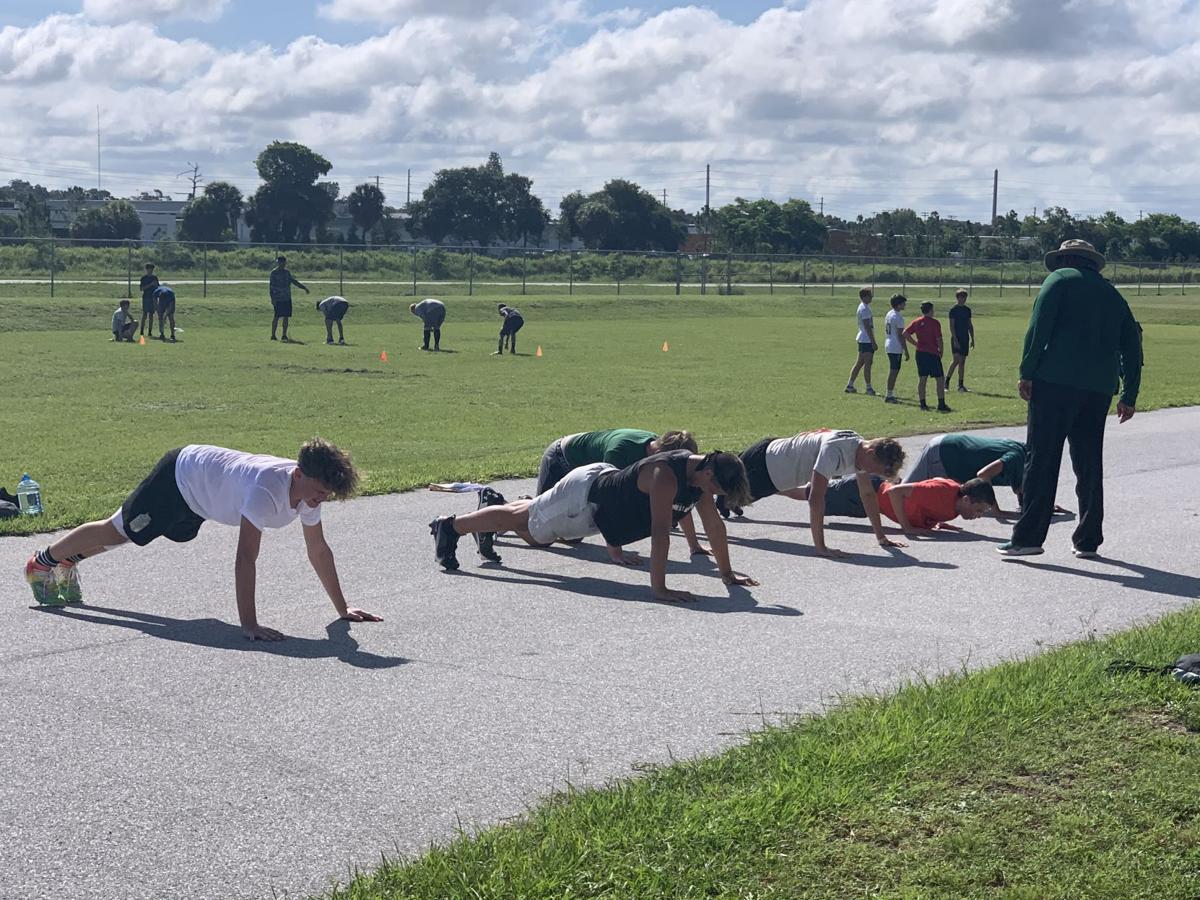 Members of the Indians freshman team work on pushups in the first practice of summer Monday morning at Venice High School.

Members of the Indians freshman team work on pushups in the first practice of summer Monday morning at Venice High School.

It’ll take some time before high school football gets back to normal, but the first practice of the summer on Monday morning offered a reminder that the season isn’t too far away.

Teams in Charlotte County opened the day with temperature and wellness checks before getting into a socially-distanced practice — meaning players were spaced out six feet apart and broken down into groups of 10 or less.

“When I walked into that weight room it just felt right,” Port Charlotte football coach Jordan Ingman said to a socially distanced huddle of players after Monday’s practice. “This is who we are. This is what we do.”

But while teams like Port Charlotte, Charlotte and Lemon Bay spent all of Monday morning getting back into rhythm, teams in Sarasota County — like Venice and North Port — were far more limited.

Indians athletes were allotted an hour of conditioning outside without the use of any equipment. That resulted in mostly body weight work such as pushups, sit-ups and squats along with some running.

Though Venice coach John Peacock said it was beneficial to see his players again, he expressed frustration at the restrictions he’s under compared to other nearby teams.

“We get very little out of this,” Peacock said. “We don’t really do a whole lot of conditioning at this point in the summer anyways. We’re basically focusing on building our team, camaraderie, being good teammates.

“The FHSAA (Florida High School Athletic Association) needs to somehow figure out how this is fair that some teams get to do whatever and some teams don’t. Luckily the NFL isn’t run that way because they have to make sure that competition is fair.”

A little over 20 miles down the road, Port Charlotte was going through its first full practice of the 2020 season.

Once athletes’ temperatures were checked there weren’t many new changes. Players had to use multiple weight rooms to properly distance and coaches allocated 15-minute periods to wipe down equipment. But otherwise, it was business as usual for the Pirates.

“It went much better than I thought it would,” Ingman said. “It really did. Yeah, our bigger guys struggled with the heat a little bit, but that’s how it is every summer.

“But I was impressed. We were further ahead than I anticipated we’d be.”

While the Pirates and fellow Charlotte County teams tried to hit the ground running, they soon found there’s some rust to wear off.

Along with conditioning in the Florida heat, teams haven’t been able to build friendships over the past few months.

“Coming back in the weight room and trying to push everyone was the hardest part,” said Pirates athlete Virgil Luther. “We just came back so we’re a little quiet and stuff.”

But even though there’s new rules to follow and lost time to make up for, players and coaches were relieved just to get back to the field for the first time in months.

“We’ve been doing so much prep work with administration, but we don’t do this for the administrative work,” Ingman said. “We do it to be with the kids. Now that we’re able to see our kids again, it’s awesome to be here.”