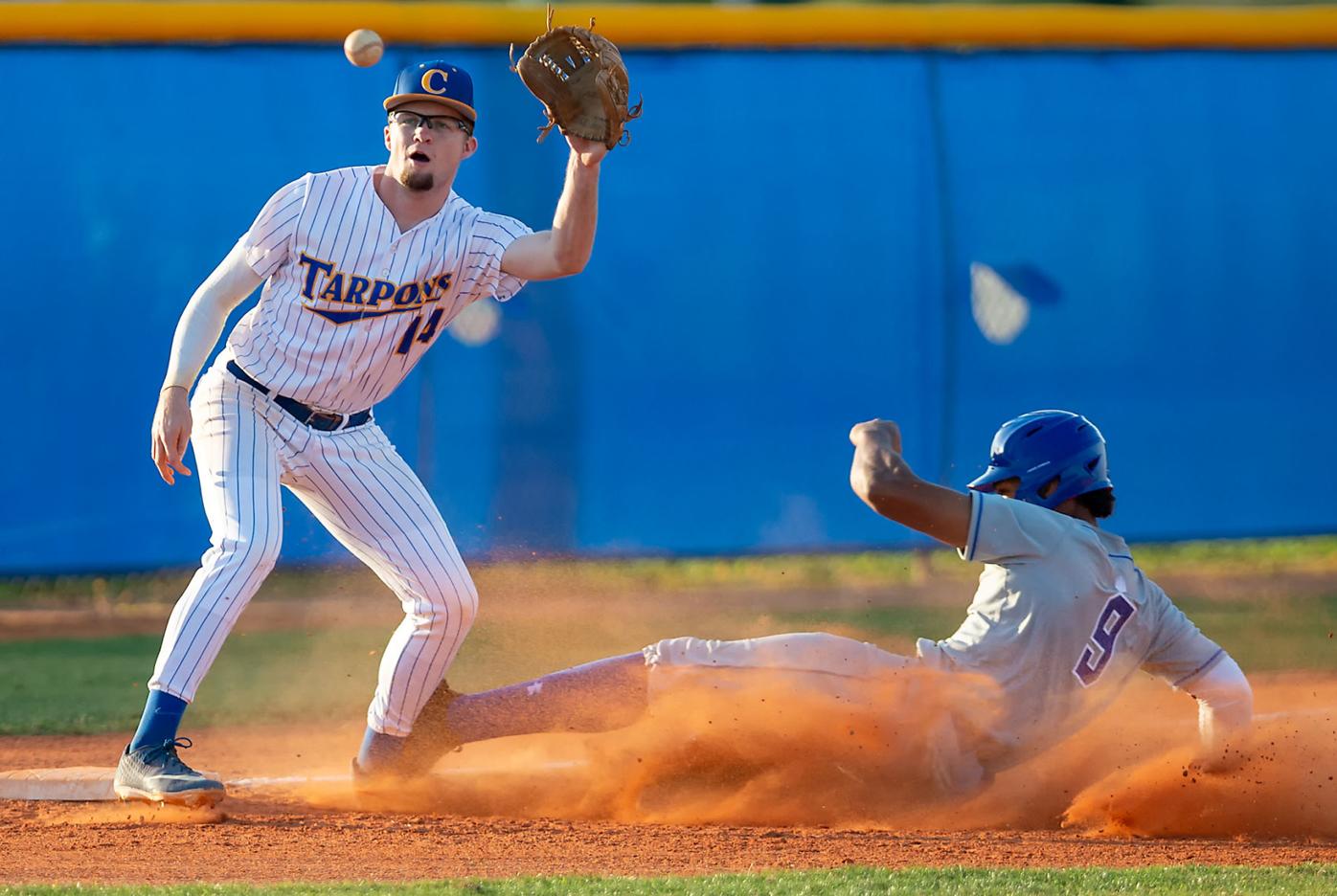 Former Tarpon Kevin Conway got used to holding down the hot corner for Charlotte, but had to learn a new position as a freshman at Florida Gulf Coast University to earn a starting role. 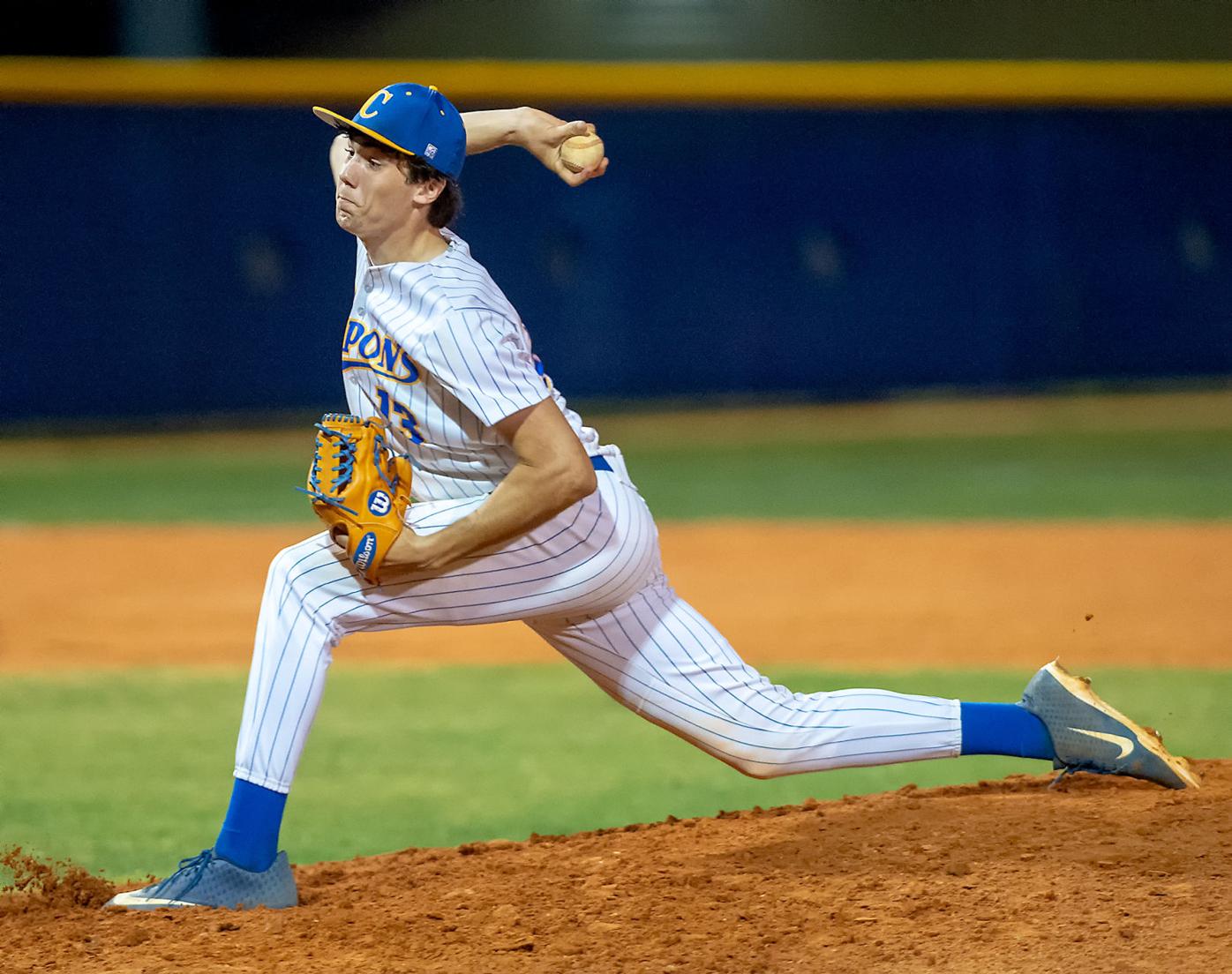 Kyle Machado became known for his ability to pitch as Charlotte's big game starter, but he had to rely on his hitting to start for the Eagles this past spring. 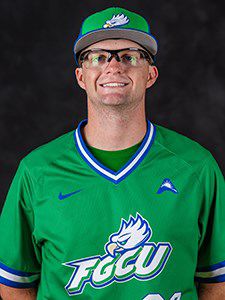 Kevin Conway started four games in his freshman season before it was canceled due to the coronavirus. 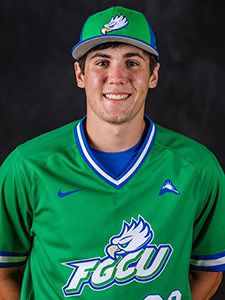 Kyle Machado started 14 of 16 games this year, finishing as one of the team's top hitters despite committing as a pitcher.

Former Tarpon Kevin Conway got used to holding down the hot corner for Charlotte, but had to learn a new position as a freshman at Florida Gulf Coast University to earn a starting role.

Kyle Machado became known for his ability to pitch as Charlotte's big game starter, but he had to rely on his hitting to start for the Eagles this past spring.

Kevin Conway started four games in his freshman season before it was canceled due to the coronavirus.

Kyle Machado started 14 of 16 games this year, finishing as one of the team's top hitters despite committing as a pitcher.

In high school baseball, players such as Kyle Machado and Kevin Conway were unquestioned stars on the diamond.

When there was a big game for the Charlotte Tarpons everyone knew Machado would be on the mound. And if Conway was missing from the lineup, something was wrong.

But for most high school standouts, playing at the next level is a different story.

Though Machado and Conway left Punta Gorda to play baseball for Florida Gulf Coast University this past fall — joining former Venice Indian Joe Kinker — it was back to square one of proving themselves.

“It was definitely a big adjustment from high school,” Conway said of graduating to Division-I baseball. “Just the hours you have to put in and the intensity level is so much higher.

“It was like being a freshman in high school again at times. The first home game was really the toughest for me. The lights got a little brighter, the game sped up for me a little bit. But I settled in after that.”

A third baseman and pitcher for the Tarpons, Conway was asked to play second base this past spring — a position he’d never played competitively.

He started four games in the shortened season and hit .231, earning a start at third base in what would be one of the final games of the season.

“I’ve always been a third baseman my whole life so that was a big difference for me,” he said. “Learning all the plays, pickoffs, where do go for cutoffs, reading the ball off the bat. It was all different.

While Conway had to get used to a new spot in the infield, it was Machado who had to make the biggest adjustment.

Machado dominated area high schools on the mound as a Tarpon — going 11-2 with a 1.79 ERA over his junior and senior seasons — but couldn’t find the same success right away with the Eagles as he worked on his mechanics.

“His senior year, I knew his velocity was down for what (FGCU) would want,” Tarpons coach Lavell Cudjo said of Machado. “So I figured when he got in the weight room with their trainers that the velocity would come back. But I think a lot of the stuff with him is they were changing a lot of his mechanics.

“And he was so used to being successful with what he did since a young age, it was hard for him to make a change.”

With pitching not working out, the Eagles coaching staff opted to see what Machado could do at the plate.

Machado’s first start came as the team’s designated hitter in the second game of the season at Tulane. He went 2-for-5 with a double and didn’t look back — playing in all 16 games of the shortened season with a .320 batting average and four walks to just five strikeouts.

Along with playing as a DH he also played corner infield, starting mostly at first base.

“Coming in, I knew that I could pitch and it just all fell apart,” he said. “But hitting just relieved all of my frustrations. Skipping three months without hitting and just coming back put me in the position I was in.

“It kinda surprised me how I came back after that long and hit the best that I’ve ever hit in my life.”

Though it may have been unexpected for some to see Machado earn a position on the field instead of on the mound, it wasn’t much of a shock for those who know what he can do.

“We knew he could hit,” Cudjo said. “I told Dave (Tollett), ‘Hey, he can play both sides.’ He’s a great first baseman and he can throw 90 mph across the diamond. He’s the first kid I’ve seen in high school who can hit the ball out of the park on the tee.

“I would pull up to the field and he’d be there with a bucket of balls hitting opposite field home runs off the tee with ease. I’ve played at the next level and I’ve never seen another kid do that.”

Though it’s still early in their college baseball careers, Machado and Conway aren’t taking anything for granted. They try to meet up regularly to lift, throw and hit to stay sharp, sometimes with help from a familiar face.

“I see them still when they come back to work out,” Cudjo said. “When I’m at the field they’re there almost every other day. Those boys work. They’ll call me if they’re struggling seeing the ball and I’ll go out and throw to them.

“When you’re a freshman you don’t get much batting practice. You have to earn that position. So when they weren’t getting a lot of swings they’d call me and I’d say, ‘Hey come on, this is your facility. At Charlotte High you’re always welcome.’”