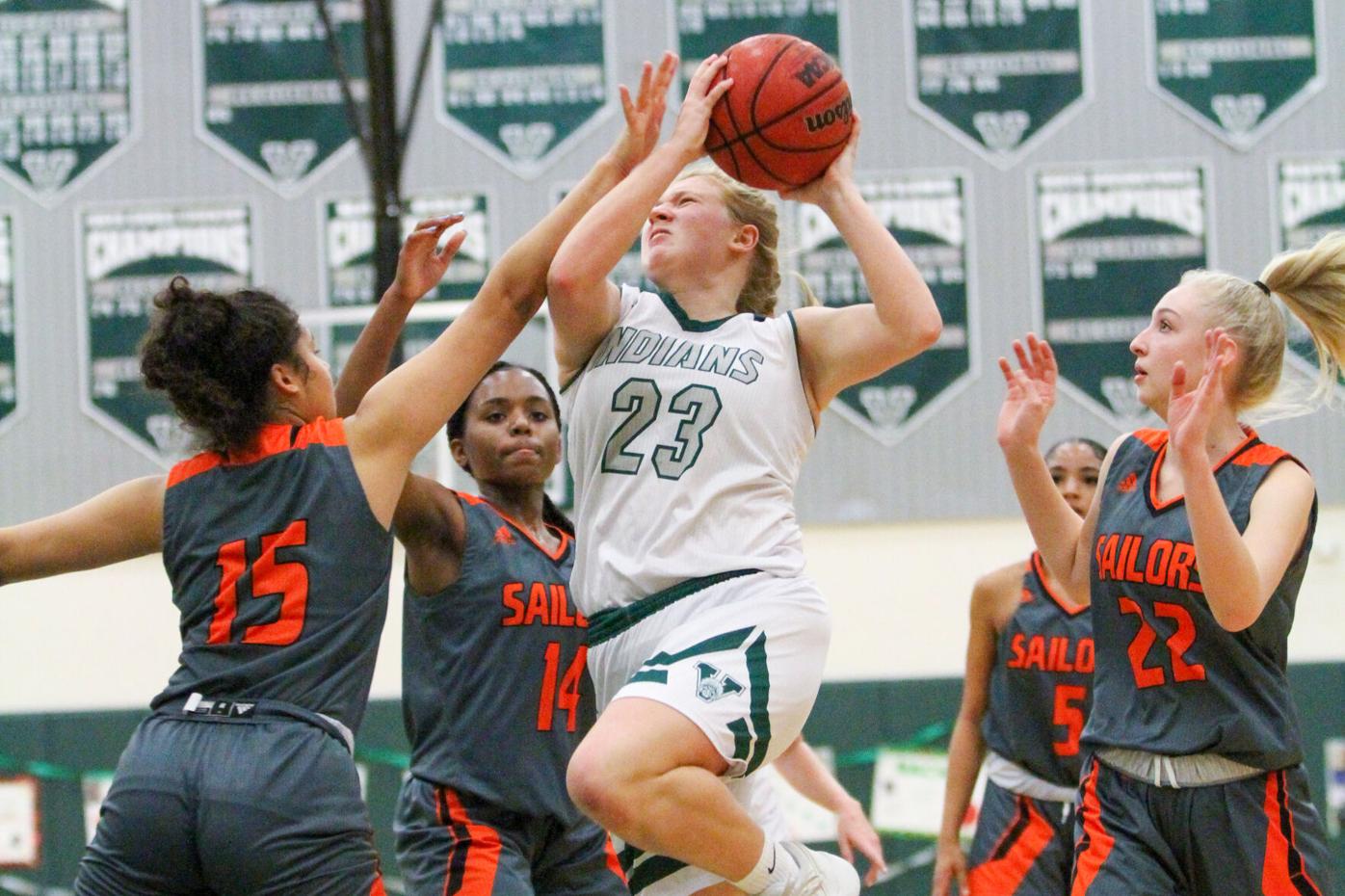 Venice’s Ella Opsatnick goes up for a basket during Friday’s game against Sarasota. 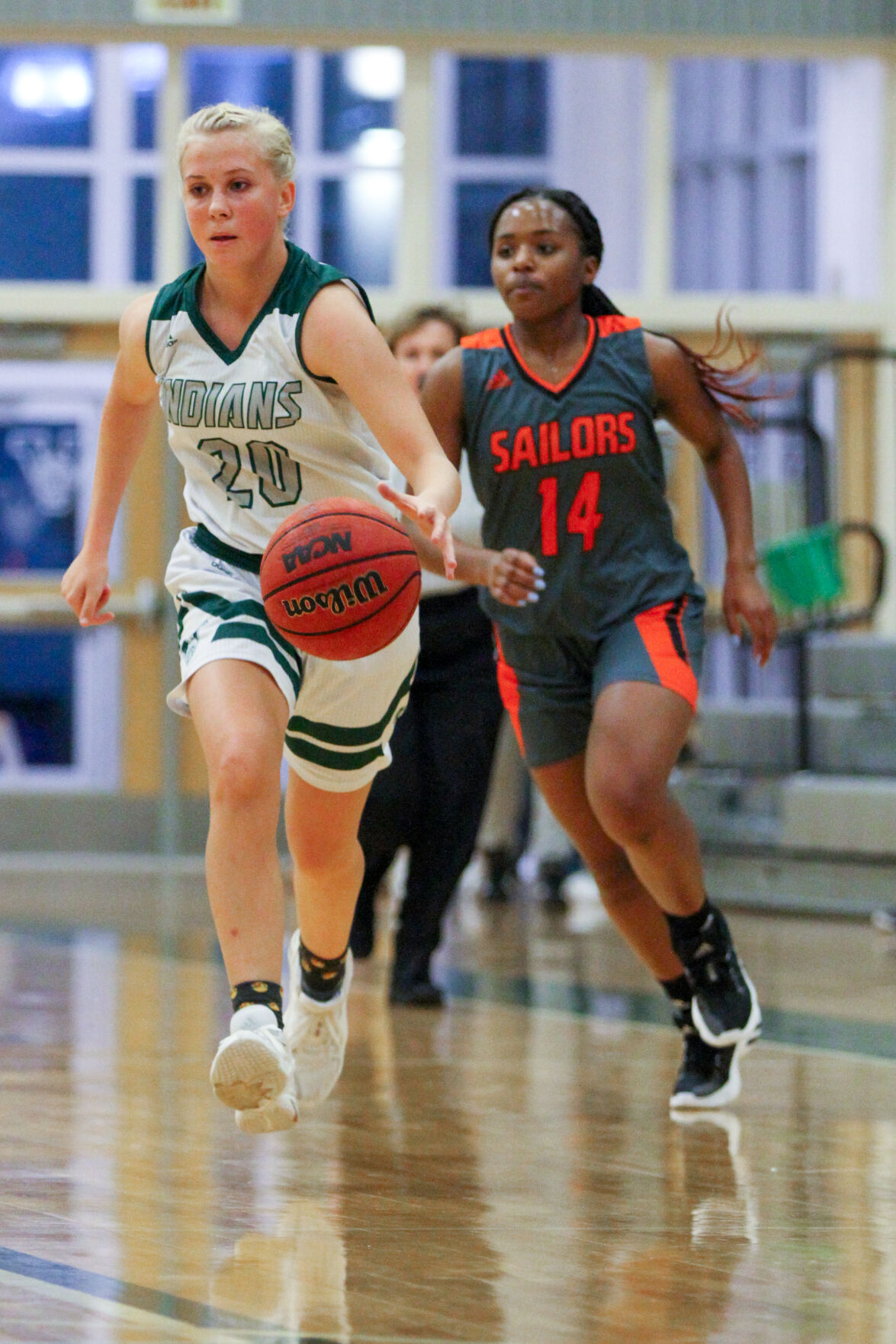 Venice’s Liv Sleight advances the ball for the Indians during their game against Sarasota High. 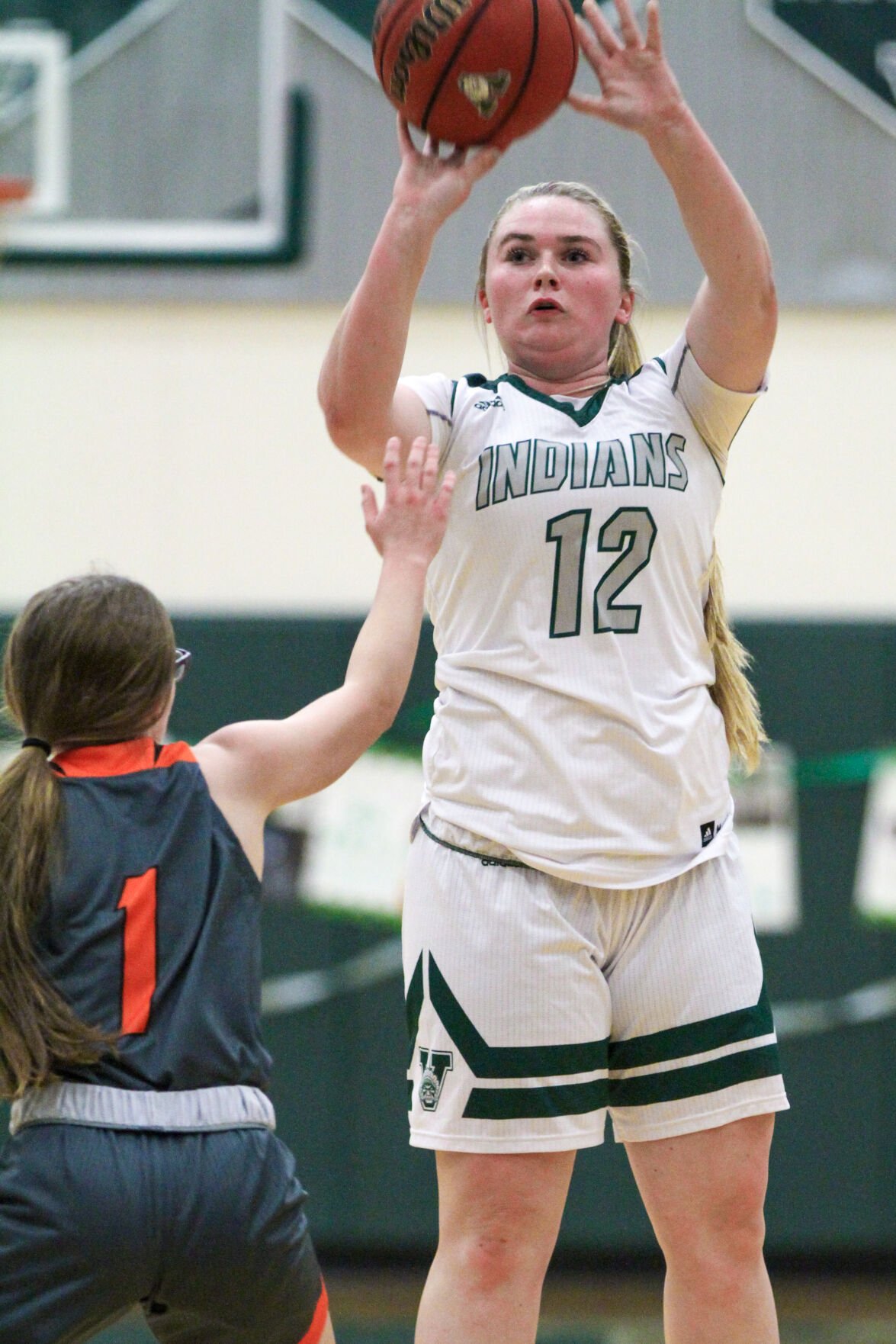 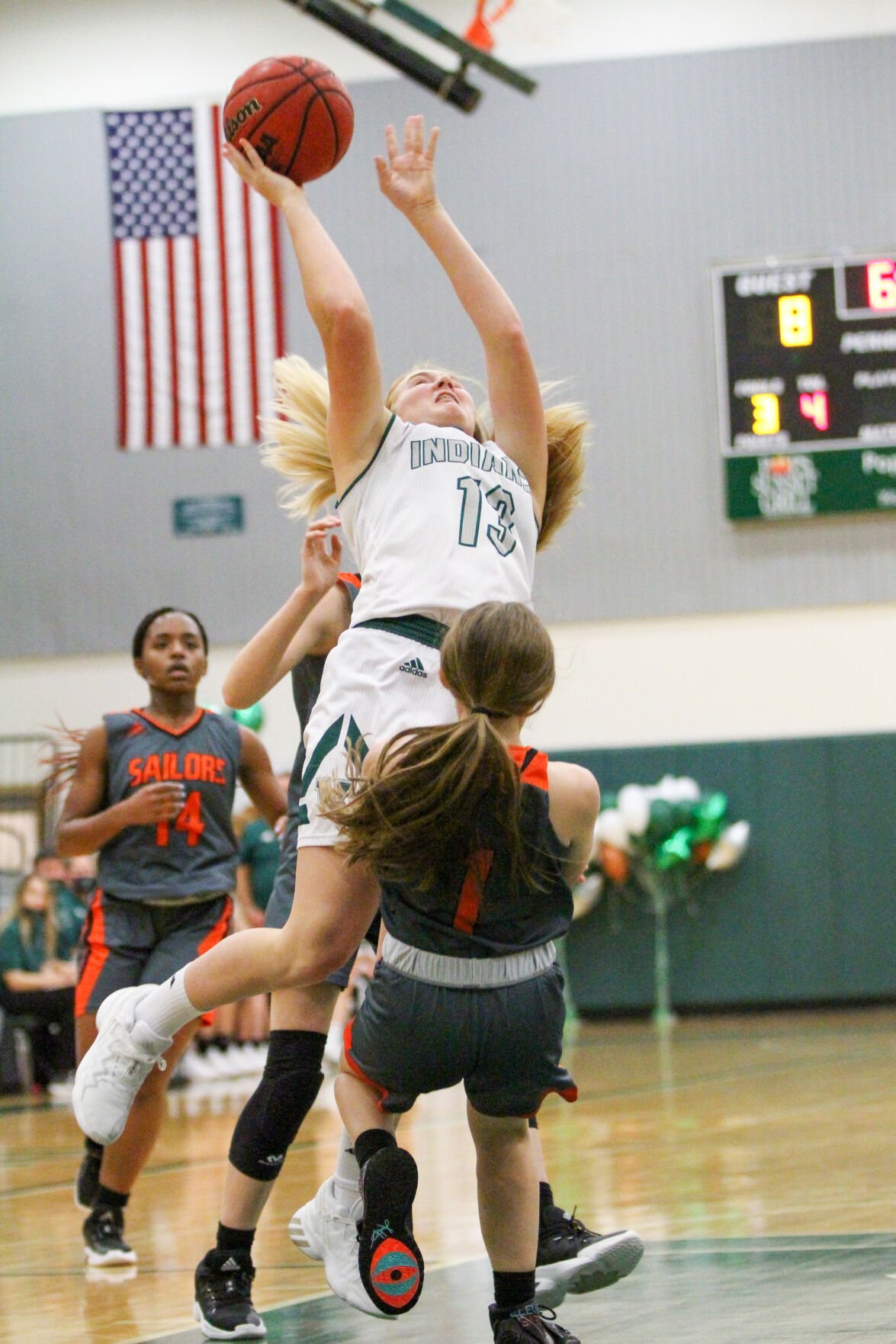 Venice’s Ella Opsatnick goes up for a basket during Friday’s game against Sarasota.

Venice’s Liv Sleight advances the ball for the Indians during their game against Sarasota High.

The Venice girls basketball team opened the fourth quarter in desperate need of a spark.

The Lady Indians had led Sarasota, 24-19, at halftime, but trailed by seven as the final quarter began.

Then, Jayda Lanham got to work.

The freshman guard had spent some extra time on the bench so her senior teammates could get some shine on senior night, but she took control when it mattered — scoring nine of her 10 points in the fourth quarter as Venice pulled away for a 50-45 win at the TeePee on Friday night.

“Jayda and I had a heart-to-heart talk (Thursday),” Venice coach Jeremy Martin said. “It was about taking over. We need Jayda to be at her highest level for us to win these games. She’s top notch. Jayda is the real deal.

“When she finds that fire and that passion, she is going to be unstoppable.”

Venice (11-2) honored its seniors during a pregame ceremony and Martin started a senior-laden lineup against the Sailors.

At first, the plan worked to perfection as the Indians got a quick eight points from Kylie Poole and four points and four rebounds from Rachel Weekes — leading, 15-4, after one quarter.

Sarasota (3-12) eventually chipped away at the lead, however.

Shaniya Gamble scored the first six points of the second quarter and fellow guard Ausiana Laguerre also got hot, scoring 14 of her game-high 19 points in the second and third quarters.

That run by the Sailors gave them a seven-point cushion heading into the final quarter, but the Indians answered with a run of their own.

Venice opened the fourth on a 14-2 run thanks to seven points from Lanham, four points from Ella Opsatnick and a crucial 3-pointer from senior guard Liv Sleight.

And even though Lanham stepped up in the closing minutes to lead Venice to another win, it isn’t always as easy as the freshman makes it look.

“I feel a lot of pressure, but my teammates are so reliable,” Lanham said. “I always know they’re there for me. They have my back.

“I’m not the most confident shooting the ball. It’s just pressure. But tonight it felt so good watching it go in.”

Though the Sailors scored six more points on a pair of 3-pointers by Laguerre, the run that Lanham sparked was more than enough to put Sarasota away — pushing Venice’s win streak to seven straight.

“When they’re all together, playing at a high-level, it’s good,” Martin said. “When they’re moving the ball like that, I’d rather come watch these girls than any boys game or whatever. It’s good basketball.

“I’m excited for them. Venice High girls basketball is 11-2. Man, it’s something special.”