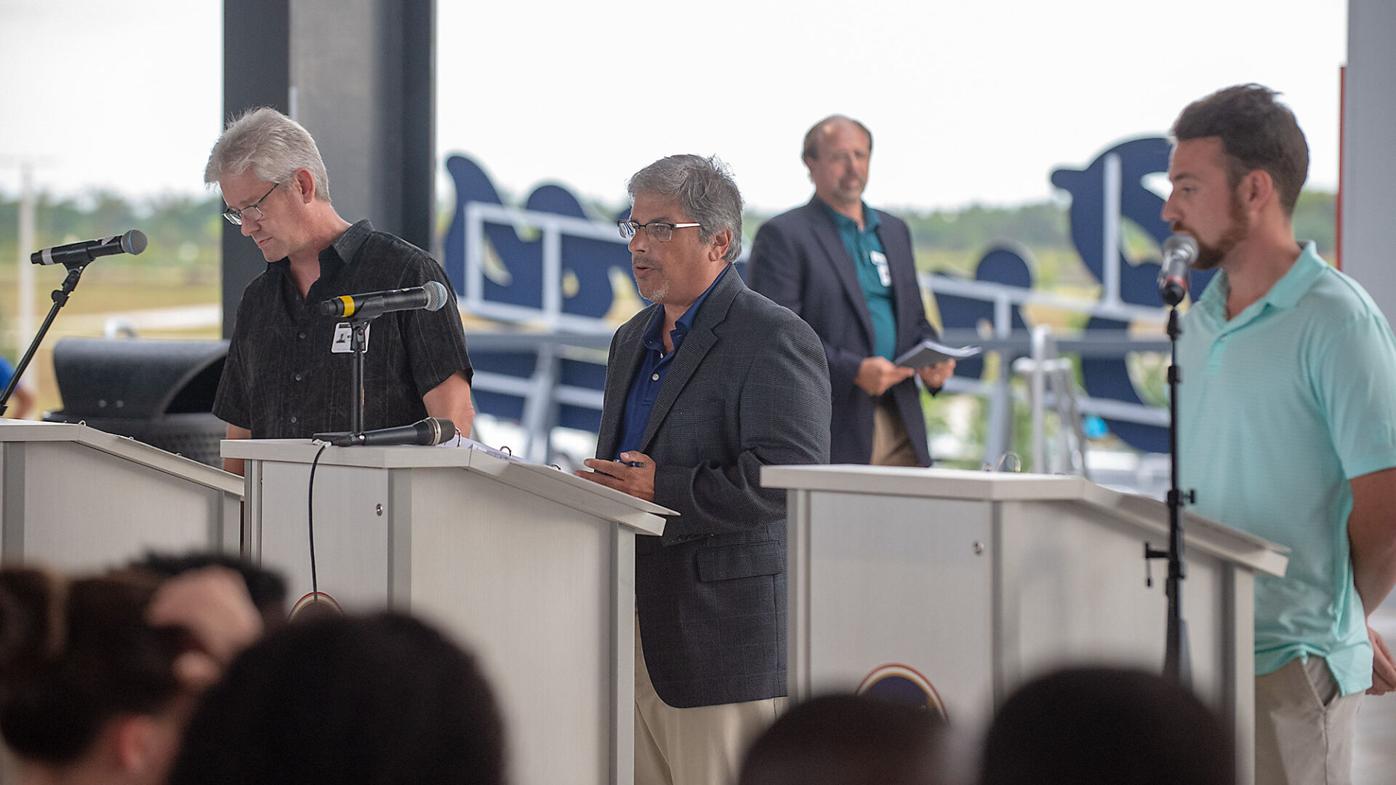 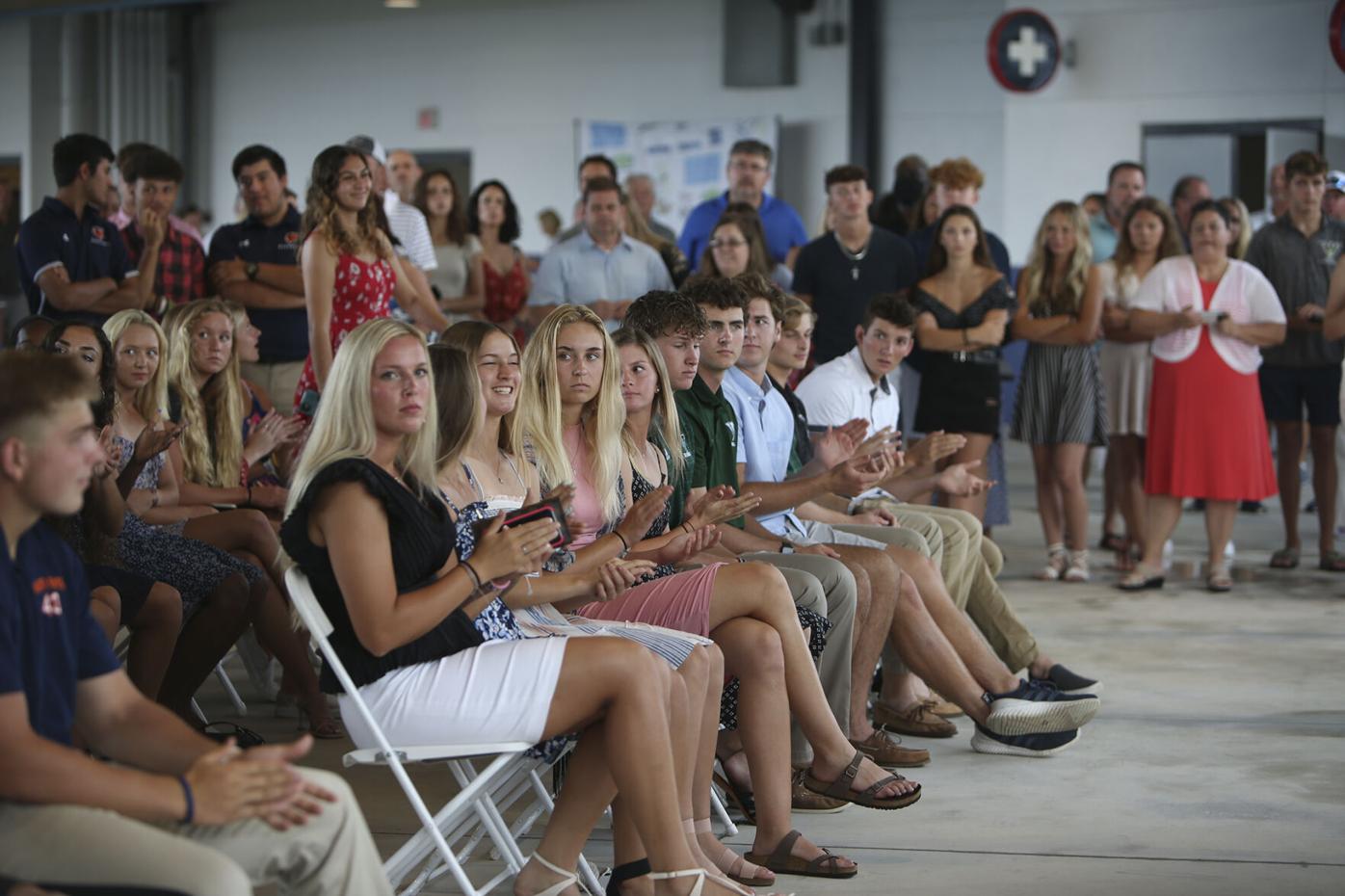 The finalists await the announcement of the winners at the Sun Preps All Area Sports Awards Tuesday night. 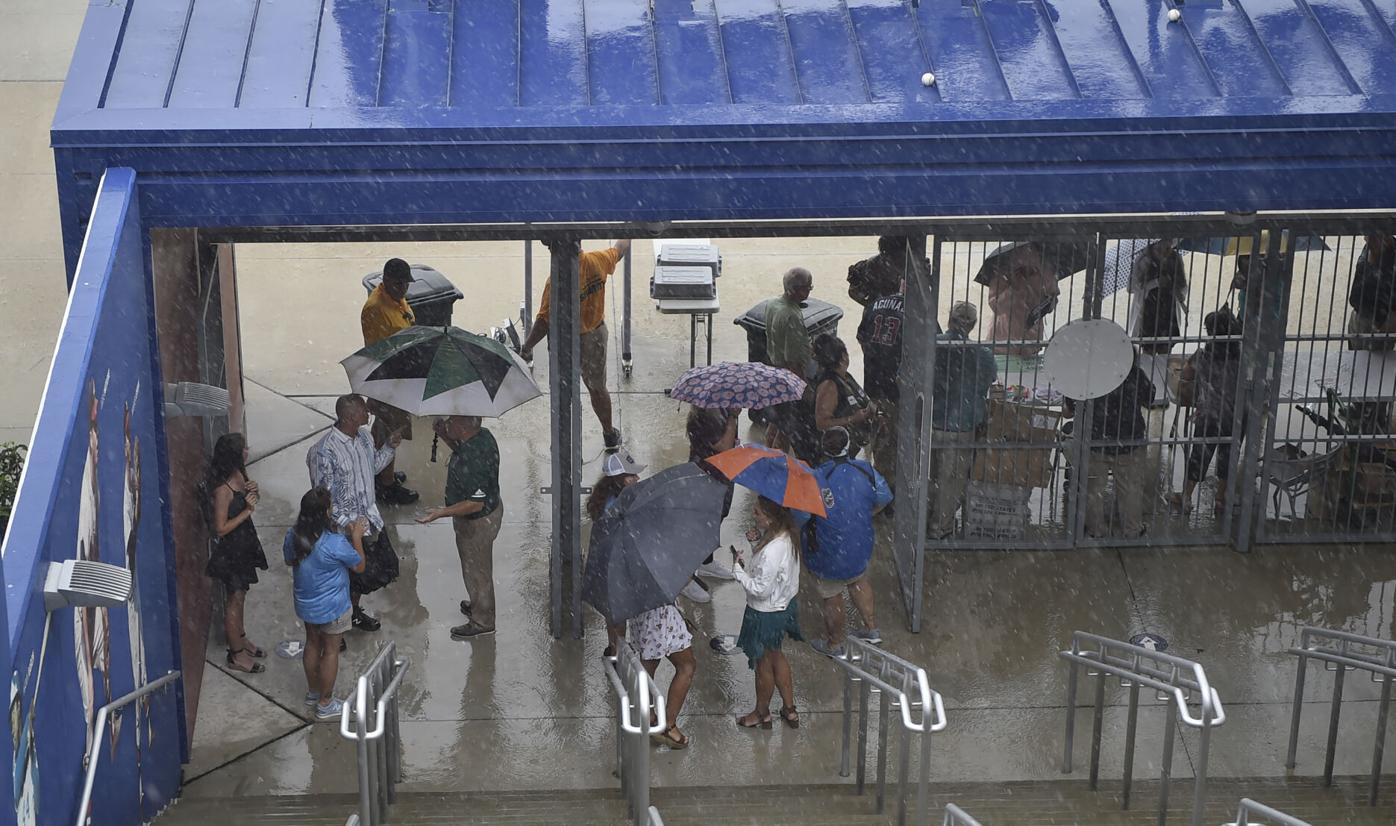 The finalists await the announcement of the winners at the Sun Preps All Area Sports Awards Tuesday night.

NORTH PORT — From his perch high above the field at CoolToday Park, Terry Pendleton watched the faces of high school athletes flashing across the massive video board, trying to remember what it was like to be their age.

“I was a little knucklehead,” the Atlanta Braves Hall of Famer said with a laugh. “I really was.”

Pendleton was the featured speaker at the first Sun Preps All-Area Awards banquet Tuesday evening. Student-athletes from DeSoto, Charlotte and Sarasota Counties were honored for achievements on the field and in the classroom in every sport.

Originally scheduled to be a socially distanced event on the baseball infield, heavy rains forced the event onto the concourse, but otherwise went off without a hitch.

Port Charlotte’s Alex Perry and Lemon Bay’s Lauren Ragazzone were the overall Athletes of the Year for their exploits in multiple sports. Perry was a last-minute scratch from the event after being invited Tuesday morning to a football workout at UCF.

Lemon Bay wrestler Lance Schyck and North Port softball player Taylor Roche were honored with the Courage Award for their displays of extraordinary fortitude in overcoming challenging circumstances. Schyck posted an undefeated season and won a Class 1A state title despite wrestling the entire season on a torn anterior cruciate ligament.

Roche, a pitcher, returned to the diamond shortly after the unexpected death of her father and set the school single-game record for strikeouts, then in short order broke her own record, as well.

Charlotte boys basketball coach Tom Massolio, who guided the Tarpons to their first-ever Final Four appearance just a month after the passing of his wife, Renee, was named the Coach of the Year.

Athletes of the Year awards were handed out in every sport, each boasting three nominees. Their highlights splashed across the CoolToday videoboard. Pendleton expanded his decorated playing career and opined on several facets of today’s game during the middle portion of the evening.

Afterward, he said attending the event put him in a nostalgic – and enviable – state of mind.

“You start thinking about yourself at that age and how you wished and hoped people would come out and acknowledge what you’ve done,” Pendleton said. “When you look at all of this, it’s an honor for me to be able to come out here, as well.”

“You try to remember names of people,” he said. “You want to see what they’re doing three or four years from now. I was a little knucklehead at 18 years old and the reality is, you look at these kids and you say ‘wow’ and you really would like to see them all grow up do something positive, whether it’s in sports or life.”