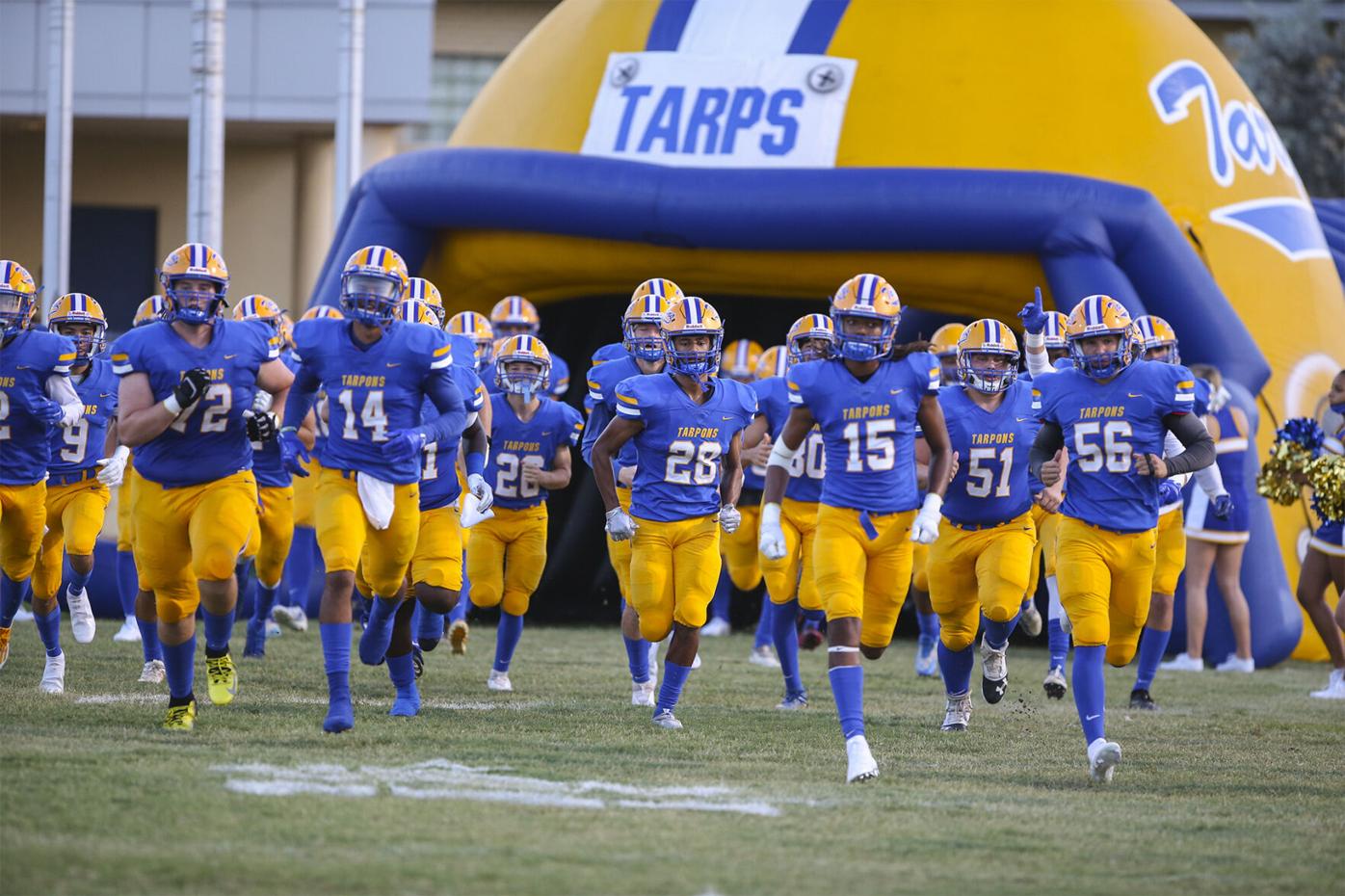 The Charlotte Tarpons became a powerhouse program in the 1980s and have sustained that success ever since, thanks to support from school administration and the community. 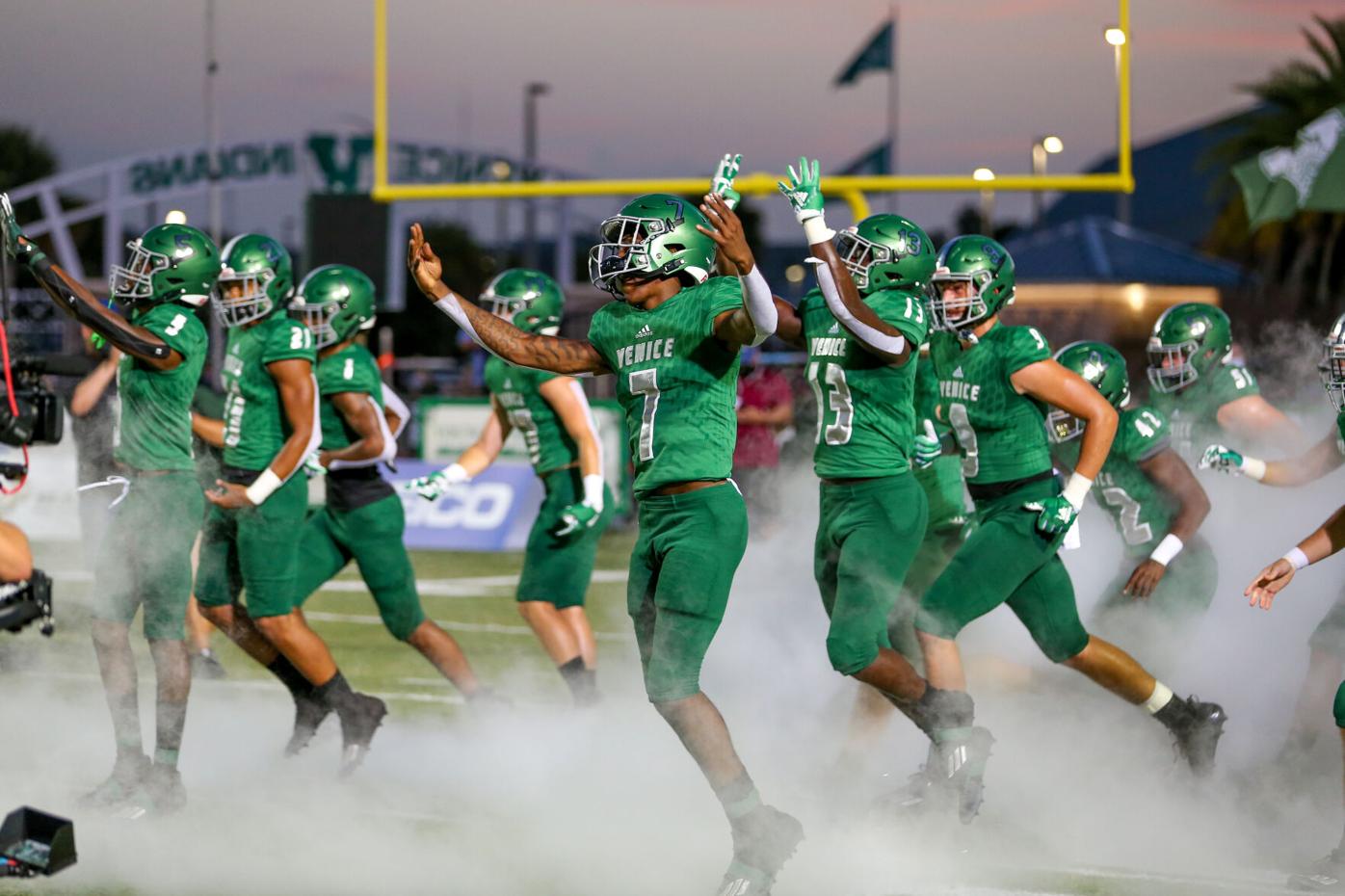 The Venice High football team has won two state championships and sends players to the Division-I ranks every year — making it one of the most successful football programs around.

The Charlotte Tarpons became a powerhouse program in the 1980s and have sustained that success ever since, thanks to support from school administration and the community.

The Venice High football team has won two state championships and sends players to the Division-I ranks every year — making it one of the most successful football programs around.

There is often a clear divide between the haves and have-nots in high school football, but that doesn’t help explain why some teams struggle and others ascend to greatness.

Some programs — like Venice, Charlotte, and in many years, Port Charlotte — regularly win games, make trips to the playoffs and send several players on to college football.

Others such as Lemon Bay, DeSoto County and North Port have found fleeting success, but haven’t been able to sustain it over the long haul.

It may seem obvious what separates the great programs from the rebuilding ones, but it’s less certain if the local hierarchy will change any time soon.

There are several components of a successful football program, but they can largely be broken down into three main variables.

From professional sports all the way down to the high school level, consistency at the top is important.

Look at some of the most successful teams in sports history — Bill Belichick with the New England Patriots and Vince Lombardi with the Green Bay Packers, Nick Saban and Bear Bryant with the Alabama Crimson Tide, Gregg Popovich with the San Antonio Spurs and Geno Auriemma with UConn women’s basketball, among others — and it’s not hard to see that winning and reliable leadership go hand-in-hand.

Locally, the most successful programs have mirrored that commitment to coaching while other area programs have seen coaches come and go.

Lemon Bay coach Don Southwell is entering his fifth season at the helm — 19th year overall with the Mantas— while DeSoto County coach and athletic director Sam Holland is entering his first and North Port is still in search of its next head man.

Venice High — a two-time state champion with several former players in Division-I football — has had both coach John Peacock and athletic director Pete Dombroski as a part of the program for over 20 years.

“One part of it is that I’ve been in the same place for 22 years,” Peacock said of his success with getting his players Division-I scholarship offers. “When you’re in the same spot that long, college coaches know where you’re at and know who’s there and have your contact (information). So these guys have had my number for 20+ years.

“Look around the area. How many coaches in the area have been here even five years?”

While Charlotte High hasn’t won a state title, it’s come close a couple of times and has had alumni success similar to that of the Indians.

The school has had just two athletic directors — Wally Keller and Brian Nolan — spanning the last 39 years, and up until Wade Taylor’s promotion to head coach this past season, had one coach this millennium in Binky Waldrop.

“You don’t build anything (without consistency),” Waldrop said. “Another major factor in all of this is you have to have an administration that understands how important it is to have a great football program. Everything was set up for us to be successful. We had all of our kids in a weightlifting class. We had good facilities.”

It’s difficult to create a winning culture and keep coaches around unless they have the appropriate support — from their own administration and the community at large.

In most instances it doesn’t take long to figure out how much support a program has around it. Anyone walking into the football stadiums at Venice and Charlotte is greeted with an impressive entrance, full bleachers on both sides, tons of athletes wearing new uniforms and a large video-replay scoreboard, too.

But it’s not just money that keeps these programs afloat.

The coaching staff of the Indians includes two former NFL players in Larry Shannon and Mike Jones Sr., along with several other assistants who have been there for close to a decade or longer.

While the Tarpons have a new head coach, Taylor has been a part of the program since his playing days and also has a few assistants, including Justin Midgett, who also played for the Tarpons.

Fostering that support for newer schools — like North Port and Lemon Bay — takes some time.

“Obviously both programs have had a tremendous amount of success and both of them have been staples in the community for a very long time,” North Port athletic director Tony Miller said of Venice and Charlotte. “They have a large presence of community support among their alumni. The goal is to build that type of culture here at North Port.

“Most of the people who live in our community are not graduates of our school. The way that the culture is at those schools is certainly something we want to replicate.”

Port Charlotte has been an example for how quickly things can change when former players come back and invest in the program.

Head coach Jordan Ingman, who played for the Port Charlotte Pop Warner team — the Bandits — and then the Pirates, returned to lead the team immediately after wrapping up his playing career at Wofford College.

“When I was a player here we only won nine games over three years with the varsity program,” said Ingman, who graduated from Port Charlotte High in 2007. “We never went to the playoffs. We never had a winning season. As a player it was a challenging couple of years.

“I think the offseason has been the biggest factor (in changing the program). When I was a player I had very few teammates, about 7-10 of us, who trained all year. This year we had 62 players training year-round. When I was a player, there wasn’t a lot of commitment.”

It’s especially difficult for teams like Port Charlotte, Lemon Bay and DeSoto County — smaller communities in the area — to avoid the cyclical nature of high school sports. With just a few athletes coming up each year, each team must make the best of what they’ve got.

That’s paid off for the Pirates as of late. Port Charlotte will be entering its 10th straight season with its starting quarterback — Bryce Eaton this year — as a former Bandits player.

“I know we have a ton of alumni on staff who are a huge reason (for the turnaround at Port Charlotte),” Ingman said. “I get to work with a great group of guys and we’ve all been together for 10 years now. That’s been a big contributing factor.

“It’s not because of Jordan Ingman, though. It’s because the players have committed to it. Early on we tried to do this. When I took over I was 22 and we only had four or five coaches. No one wanted to coach with a 22-year-old. It was a big challenge. Now we have 16 coaches and those guys are the reason we’ve hung in there as one of the smaller schools in our classification the past few years.”

It’s impossible to create a winning culture without consistency and support, but once achieved, it’s one of the most influential traits a program can have.

Once a reputation — of winning, earning exposure, playing top competition and sending athletes to top college programs — is established, everything else becomes that much easier.

In this modern age of athletes easily transferring from school-to-school in search of a new opportunity, a tradition of excellence is hard to ignore.

Venice has been the prime example of benefiting from its own success — as five of the team’s last six quarterbacks began their careers at a different school.

“Kids don’t transfer away from good programs,” Waldrop said. “I know (coach John) Peacock gets beat up a lot and accused of a lot of things, but kids want to go play there. They have a good program.

“They have great facilities. They work hard. They do all the things they need to do to make kids want to go there. Kids go where they think they can play and where they want to play.”

In past years several players from North Port, Lemon Bay, DeSoto County and even Port Charlotte have transferred to either Venice or Charlotte, while few have left the Indians or Tarpons.

But while top programs flourish with new talent, the others are doubly hurt by the losses — taking away a key player from their own team and adding him to a rival down the road.

“We’re a small community,” Southwell said. “I don’t want to get too far down this road, but we basically just play with kids from our community.

“Certainly we have people move in and people move out, but historically if you look at football everywhere, especially in the state of Florida, small towns tend to have a cycle because you’re not a college program where you can recruit a perfect team every year.”

But even though some programs like Lemon Bay and Port Charlotte have been able to maximize the production from their communities, others like North Port and DeSoto County have struggled to do the same.

“In a small town, you ebb and flow with talent,” Holland said. “It always comes back around. It’s just a matter of time until this area gets back to where it needs to be.”

The Bobcats have never had a winning season in their 20-year history and the Bulldogs have had losing seasons in four of the past six years — including an 0-11 2020 season in which the team had too few players to finish the year.

“Port Charlotte is close,” Waldrop said of the Pirates reaching the level of Venice and Charlotte. “Some of the other places, though, I don’t know if that will ever happen.”