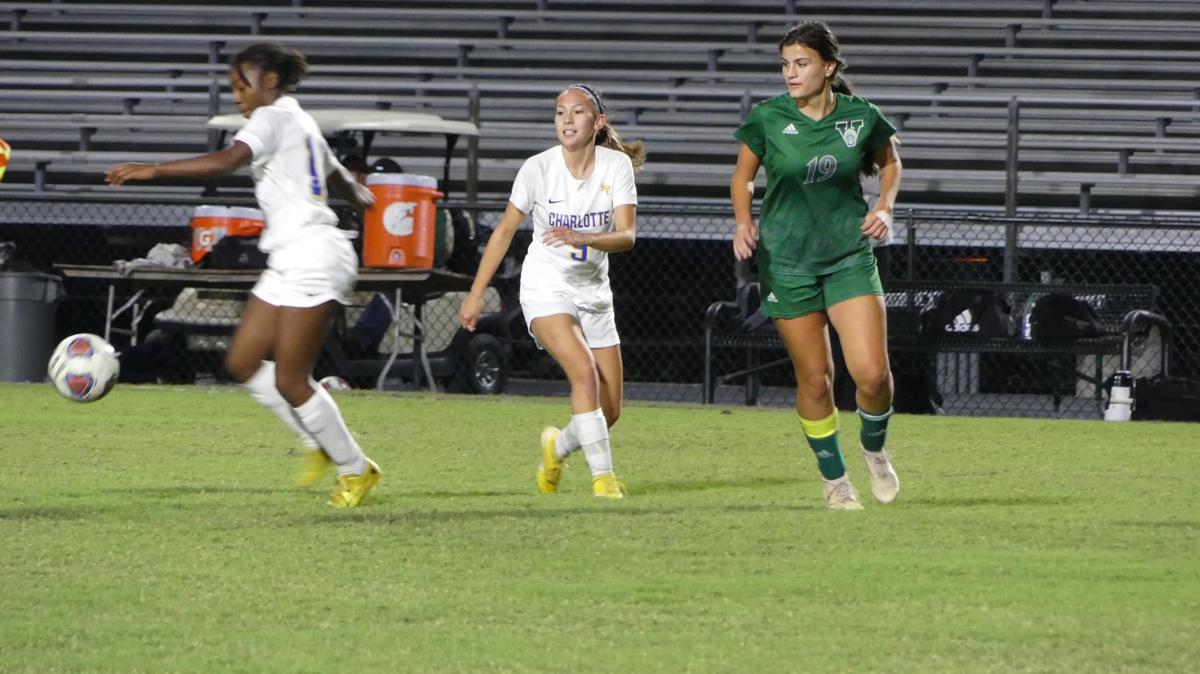 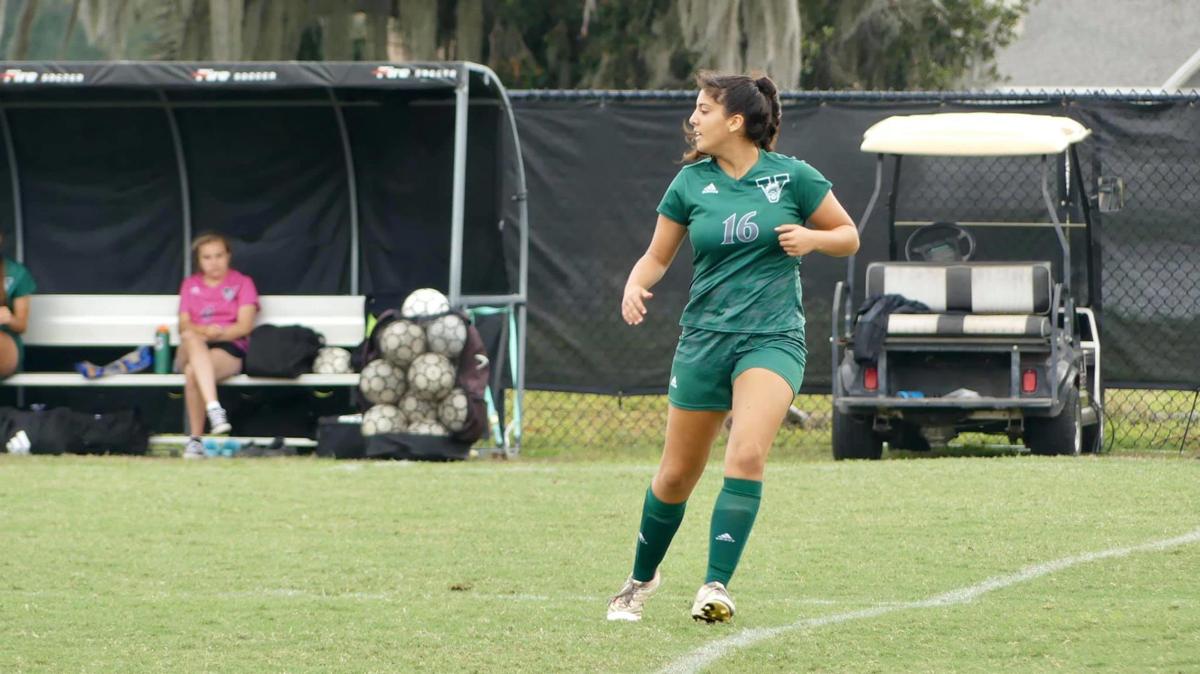 Sarah Freddolino is one of several Lady Indians on the B team who could be playing varsity for several other teams in the area. Freddolino has been called up sporadically to the A team this season, winning ‘Man of the Match’ in a showcase match for the team.

Sarah Freddolino is one of several Lady Indians on the B team who could be playing varsity for several other teams in the area. Freddolino has been called up sporadically to the A team this season, winning ‘Man of the Match’ in a showcase match for the team.

Editor’s Note: This story was written prior to the Venice girls soccer B team’s match against Parrish High on Tuesday night.

For the past two seasons, the junior varsity Venice girls soccer team did not allow a single goal as the team steamrolled its opponents on the way to back-to-back undefeated seasons.

While it could be fun at times — players got to try new positions, including defenders scoring goals — there wasn’t much motivation when the Lady Indians knew they would win every single game they played.

“What was happening was the past couple of years, the JV team was beating teams 8-0 and you could see these players were losing interest,” Venice girls soccer coach Gary Bolyard said. “It was, ‘Is it worth my time being out here if I’m not being challenged?’

“They were going through the motions of it, so we wanted to find a way to step up the challenge for them.”

This season, Bolyard and associate head coach Lynley Hilligoss wanted to do something different to engage their JV squad. Rather than playing other junior varsity teams, this year’s team is now referred to as the “B” team — playing almost exclusively against varsity competition.

Even with the competition level raised, Venice’s second team is still reeling off another standout season with a 6-0-1 record and just two goals allowed all year in a 2-2 tie with Bishop Verot’s JV team.

Last week, the B team beat Charlotte’s varsity team 6-1, and soon some of them will be called up to help the varsity team on its quest for a state championship.

“We played Charlotte and they played the varsity team last year. So we got to see how we could hold our own,” B team player Ashley Ayette said.

“Some of the teams haven’t been too excited to play us, though.”

It hasn’t been easy for Bolyard and the Indians to put together a complete schedule this season as some schools have balked at the idea of their varsity teams playing a JV team.

Other schools appeared open to the idea before canceling scheduled matches.

But enough schools have agreed to the plan that the Lady Indians could assemble a schedule that would challenge them. And the light schedule has allowed several B team members to play up with the varsity squad in several matches and even some collegiate showcases.

“It can get frustrating at times,” Ayette said of being down on JV despite having the talent to play with most varsity teams in the area. “But with the way our schedule is, a lot of us girls get to play up with the varsity team, so it’s not too bad.”

After playing five varsity teams already, they will wrap up their season within  two weeks’ time. Then, about six of them will be called up to the “A” team to bolster the varsity depth as the Indians eye their first state title in program history.

“It’s tough because these girls are really just biding their time playing behind some of the best players in the state of Florida,” Bolyard said of his B team.

“They want to stay around here and work because they want to be where the varsity team is now.”