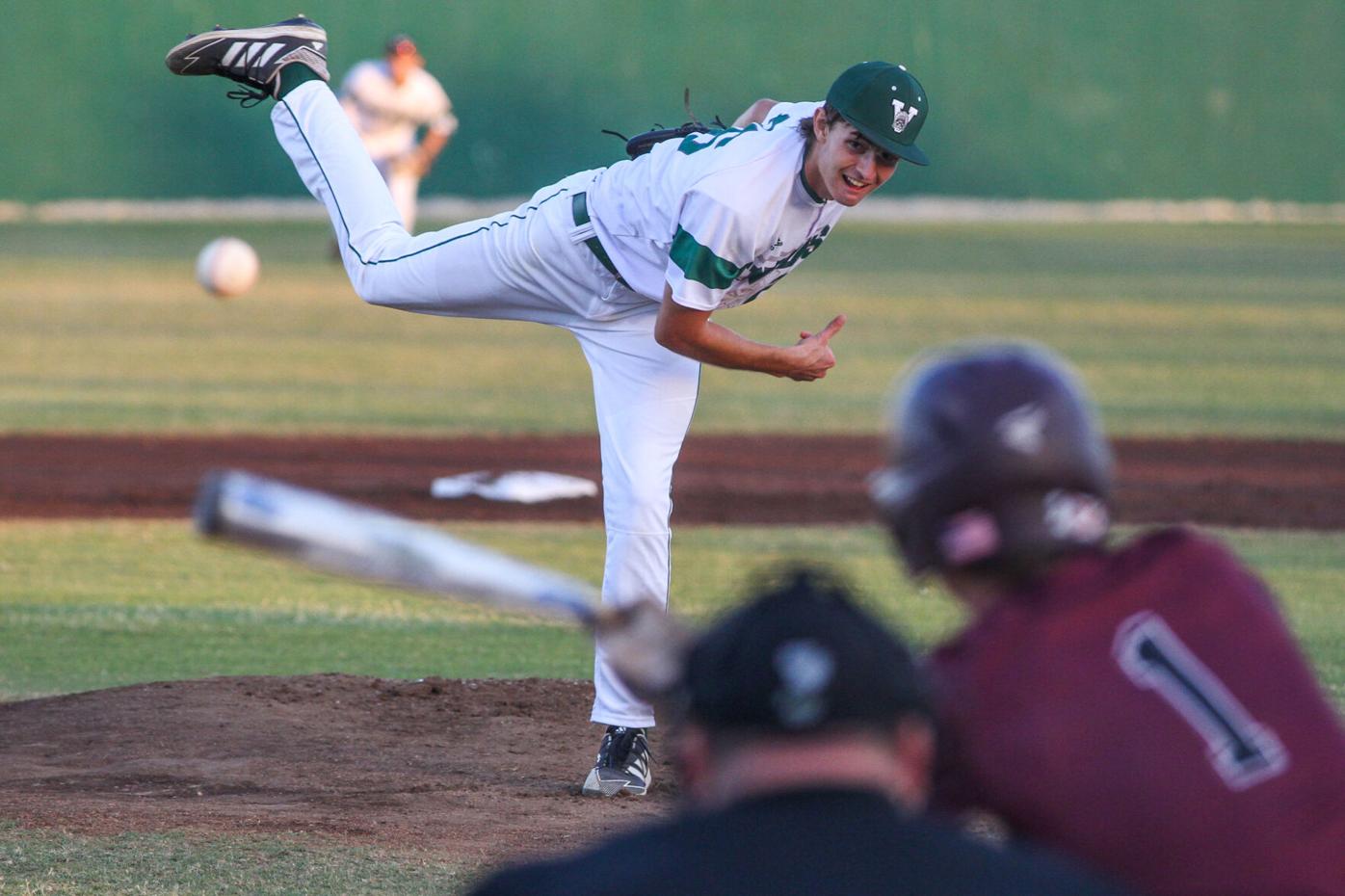 Aiden Beechy was the first of seven Venice pitchers to be used in Monday night’s 9-2 win over Riverview. 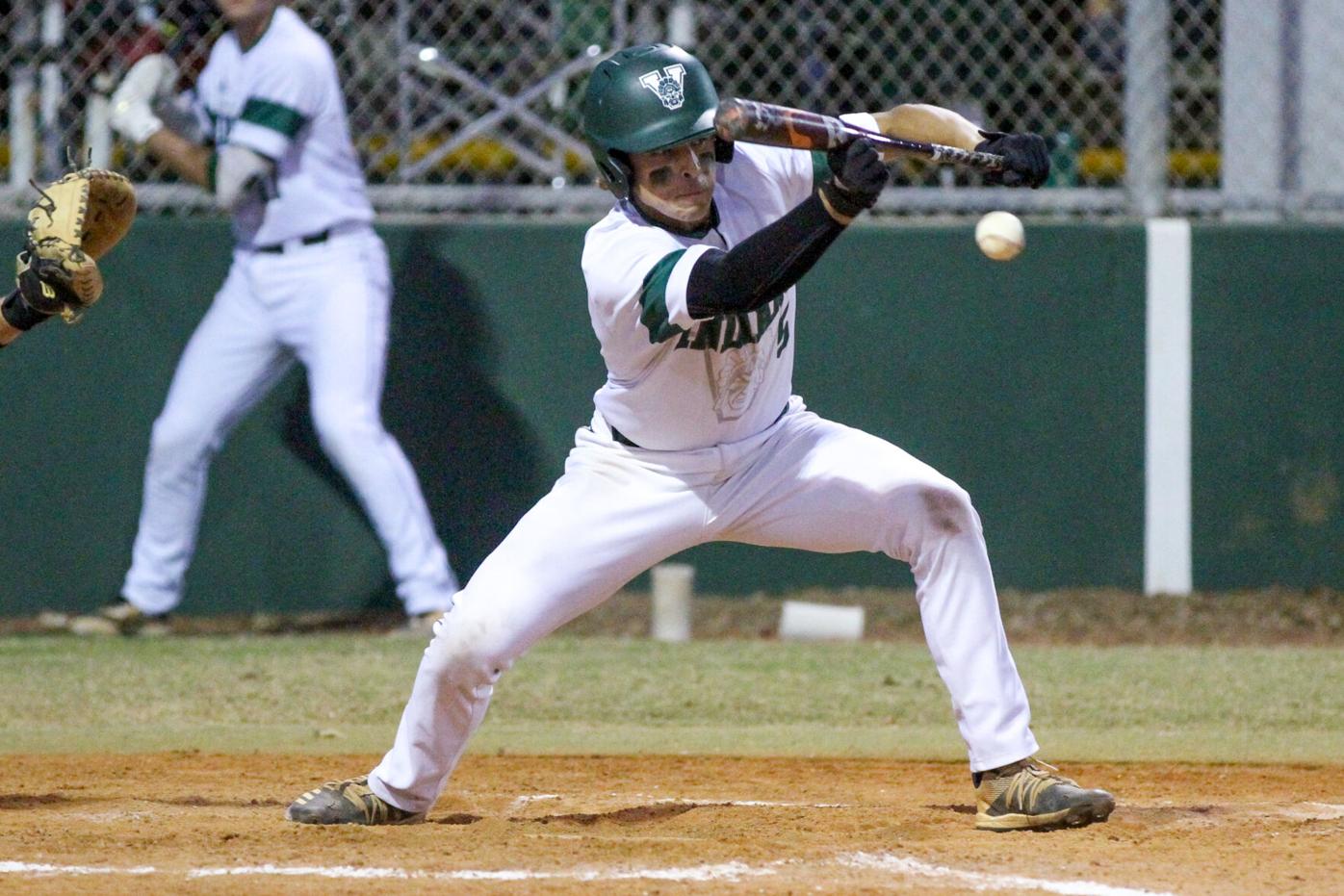 Marek Houston was one of four Indians to have a multi-hit night in Monday’s win over the Rams. 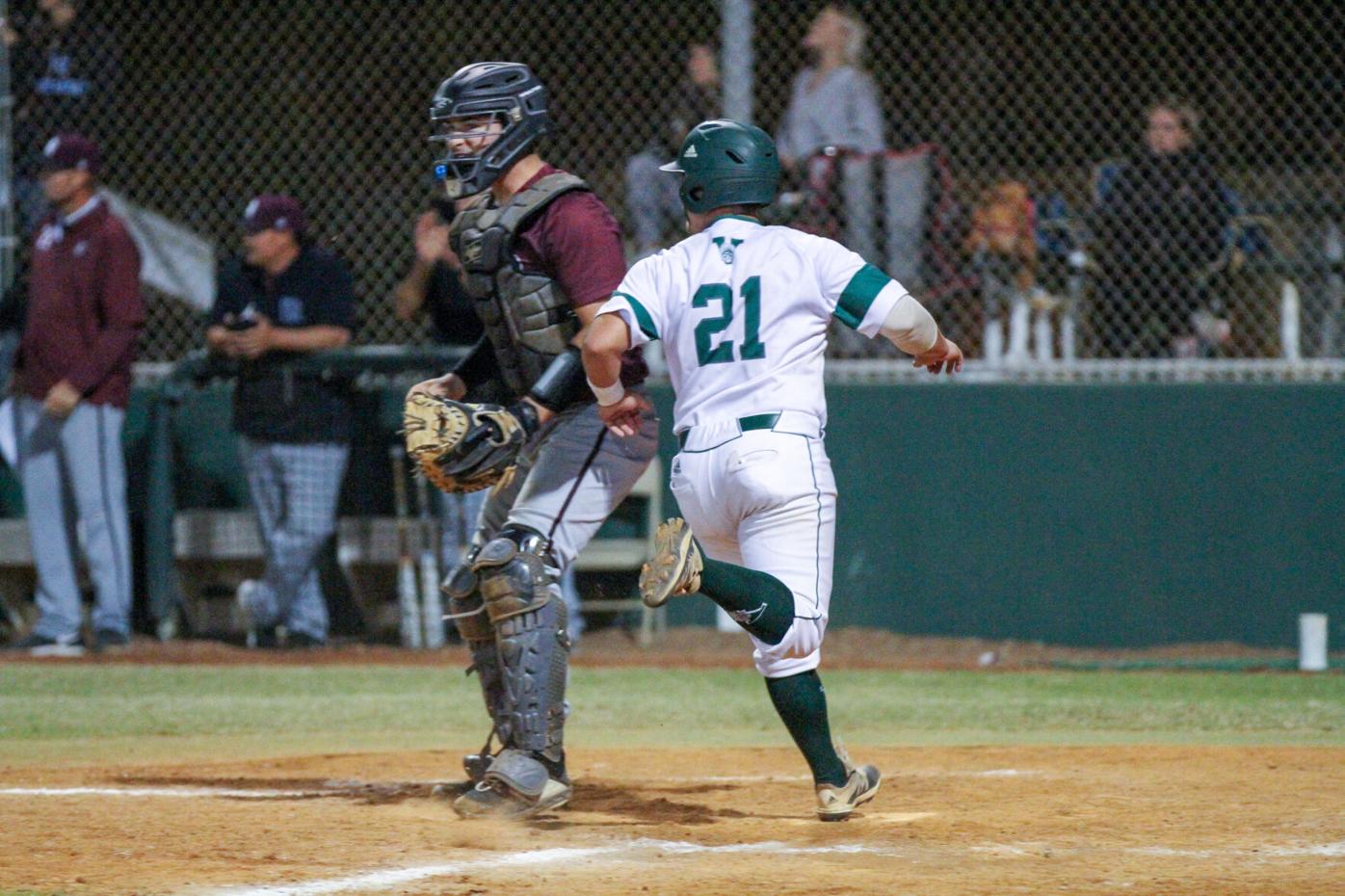 Grant Nokes opened the scoring when he came home on a hit by Michael Robertson in Monday night’s win.

Aiden Beechy was the first of seven Venice pitchers to be used in Monday night’s 9-2 win over Riverview.

Marek Houston was one of four Indians to have a multi-hit night in Monday’s win over the Rams.

Grant Nokes opened the scoring when he came home on a hit by Michael Robertson in Monday night’s win.

VENICE — When the Venice baseball team left Riverview on the night of March 2, the Indians had just lost their third straight game — shut out in a 2-0 loss by Miami commit Karson Ligon.

It didn’t take long for Venice to break out of that slump as it beat top-ranked Jesuit in its next game, going on to win eight of its next 10 games.

“When the season starts, pitching is a little bit ahead of hitting and everything has started to come together for us,” said Venice first baseman Aidan Corn, who went 2-for-3 with a run, an RBI and a walk in the win. “(Riverview) is a great team, and it’s nice to get the win tonight.

“I felt like we stayed cool (on Monday night). We fell down by a couple, but we came right back and got the runs back, which is nice to see.”

Indians starter Aiden Beechy allowed two runs (one earned) on a two-run home run deep over the left field wall by Pip Smalley in the third inning, but didn’t otherwise allow the Rams to score as he scattered three hits and two walks over 3 1/3 innings, striking out five.

“The plan was to throw Beechy for about 50-60 pitches so he can come back at the end of the week against Calvary Christian,” Venice coach Craig Faulkner said. “We had our whole bullpen available. We had 13 pitchers, so even if it’s (against) one hitter, we try to get them in the game.”

The Venice offense has caught up to its pitching, and it showed once the Indians fell behind in the top half of the third.

A walk by Grant Nokes and hits by Michael Robertson and Corn led to a pair of runs to knot the score at 2-2 through three innings, and Venice added runs in each subsequent inning — on an RBI double off the wall by Stephen Deans in the fourth, a two-run triple to the left field corner by Marek Houston and an RBI bunt single by Connor O’Sullivan in the fifth, and finally, RBIs on a groundout by John Whitney and a sacrifice fly by Houston in the sixth.

When it was all said and done, Venice recorded 11 hits to Riverview’s six, including multi-hit days from Robertson, Corn, Whitney and Houston.

“We’ve all gotten more confident as the season has gone on,” Robertson said of the offense. “We’ve faced tougher pitchers and that makes us feel confident facing other guys.

“I think that kind of showed when we were able to string some hits together (Monday).”

As the Indians lineup continued to pile on, its bullpen made life difficult on the Rams hitters.

Venice started with its 6-foot-5 right-hander in Beechy, then went to three straight lefties in Morgan, Whitney and Wynne, two more righties in Beatty and Losito, and finally, a sidearmer in Jensen — showcasing the team’s versatility on the mound.

“We’ve been very fortunate with our pitching,” Faulkner said. “It was our biggest question mark to start the year, but they’ve been solid.

“I think we have a 1-point-something ERA, and we don’t walk a lot of guys. That’s throughout all of our pitchers. And, if we get a couple of runs for them, they’re lights-out.”