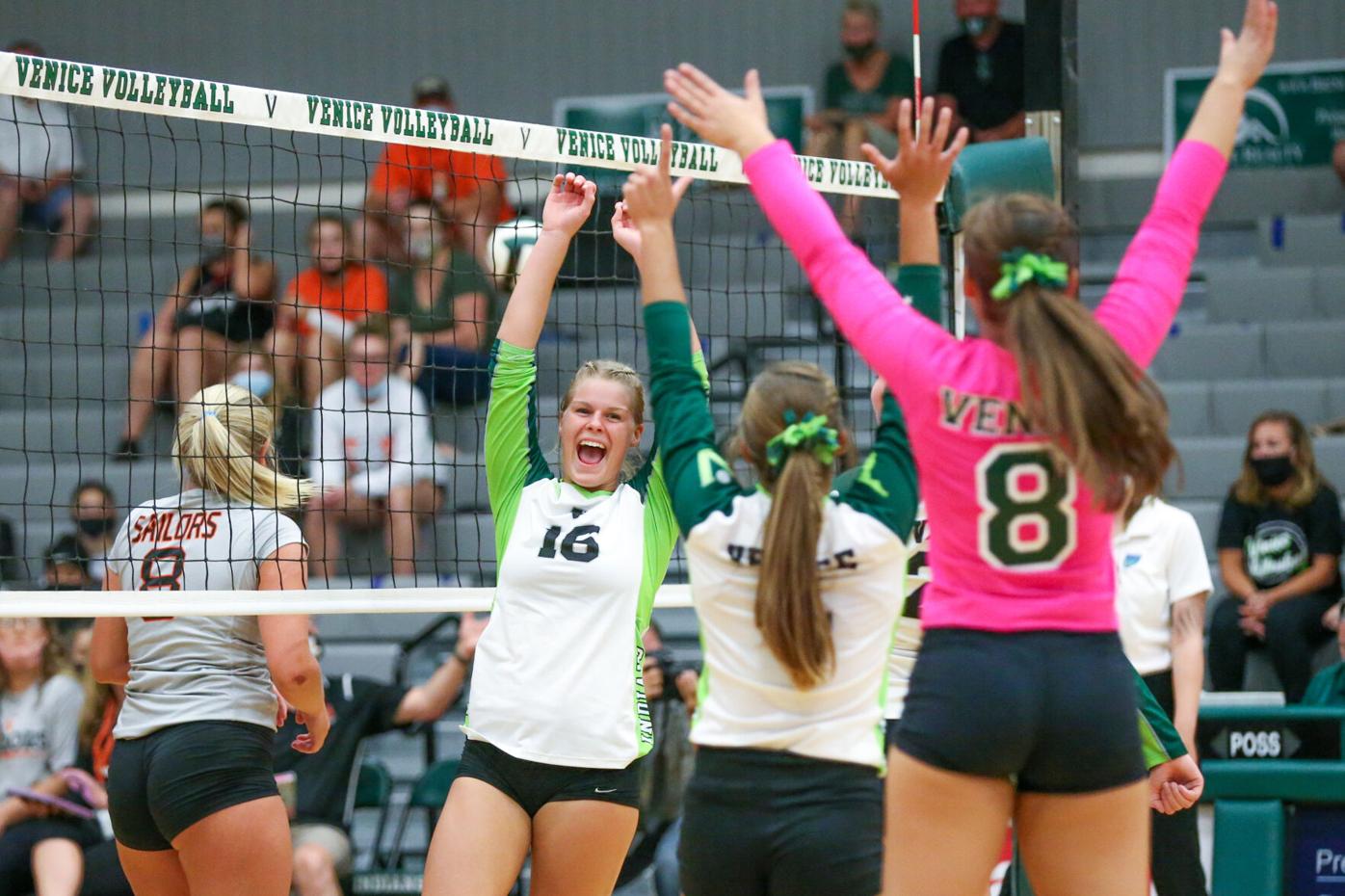 Venice’s Paden Keller celebrates a kill with teammates in the Indians’ season-opening win against Sarasota. 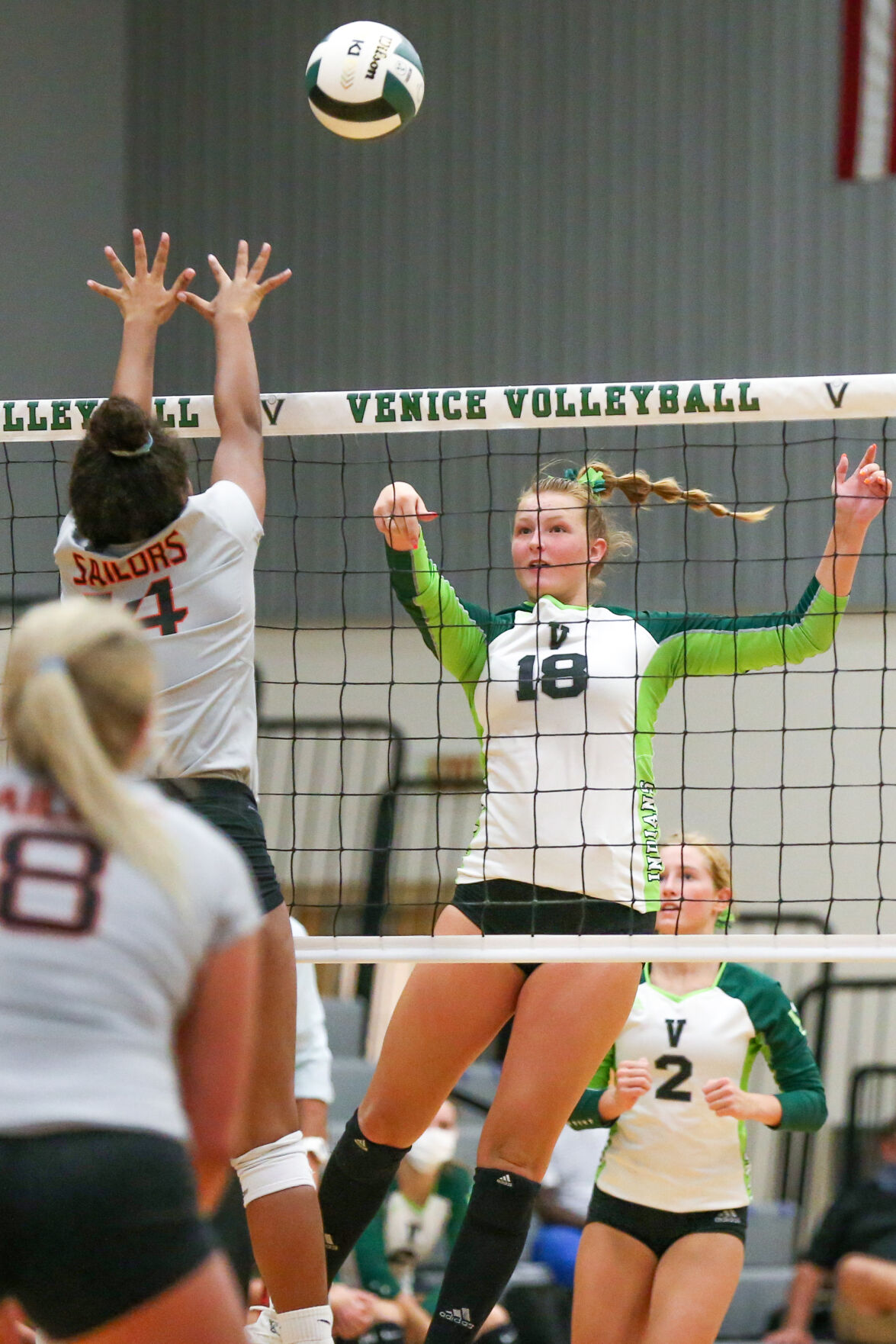 Kiki Montgomery slips the ball past Sarasota High defenders to get the kill for the Indians. 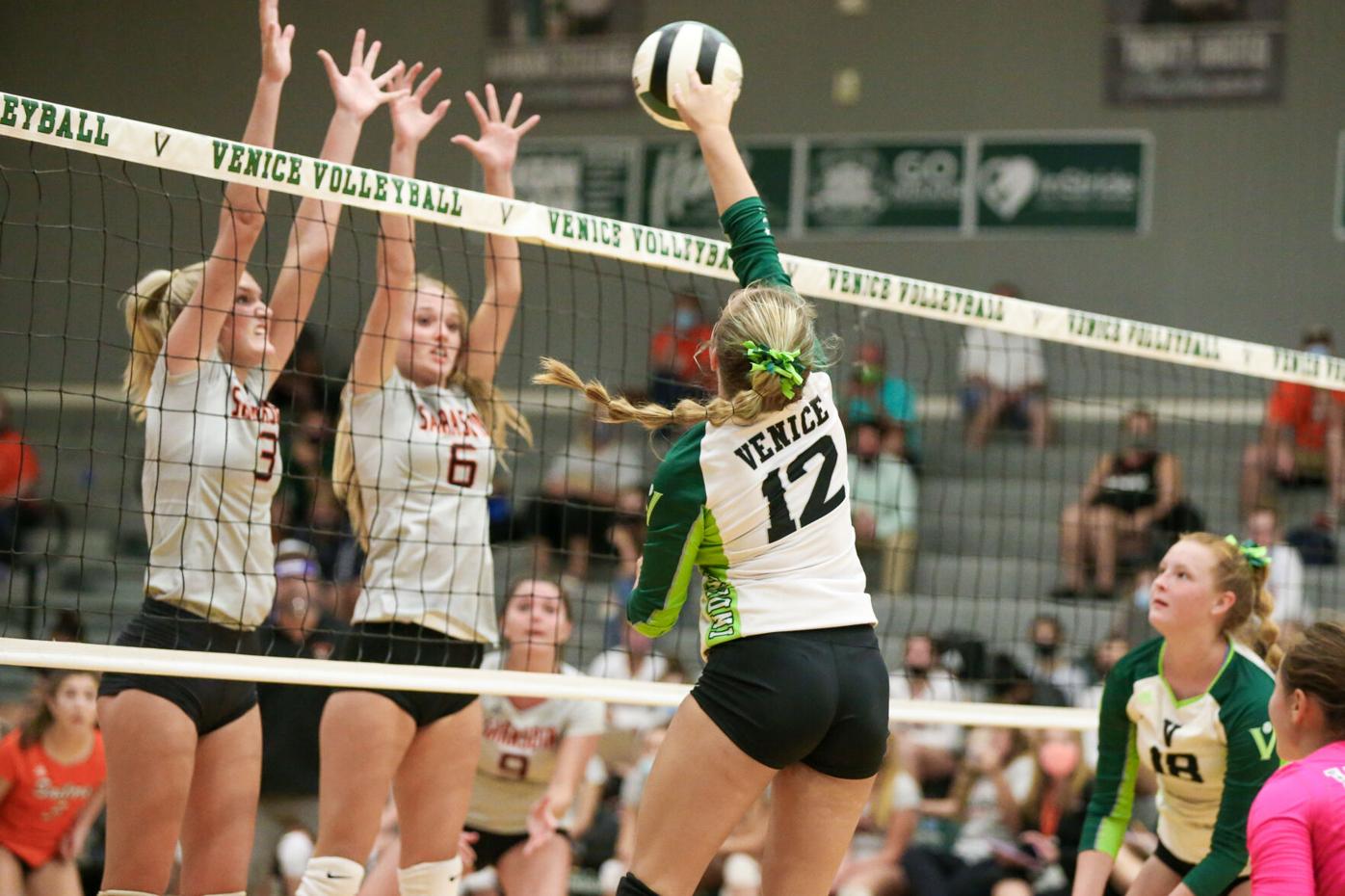 Natali Waggonner gets a kill past Sarasota defenders during the season opener on Tuesday night at the TeePee.

Venice’s Paden Keller celebrates a kill with teammates in the Indians’ season-opening win against Sarasota.

Kiki Montgomery slips the ball past Sarasota High defenders to get the kill for the Indians.

Natali Waggonner gets a kill past Sarasota defenders during the season opener on Tuesday night at the TeePee.

In what has been an atypical summer for everyone, the Venice Indians Volleyball team spent their time honing their skills on sun-baked tennis courts instead of air-conditioned gymnasiums.

While Coach Brian Wheatley had to alter his tried and true methods, the change in philosophy was on display Tuesday night.

“This is the fastest we’ve ever been able to run our offense,” Wheatley said. “We’ve really turned it up a notch and three strong hitters we can go to.”

“As a team you have to play to your strengths and right now our strength is in the middle,” Wheatley said. “Before we’ve had some really good outside hitters but this offense is going through the middle.”

Behind the serve of Natalli Waggoner and three kills from Keller, Venice jumped out to a 6-0 lead before the echo of the national anthem ended. A timeout by the Sailors did little to disrupt Venice’s rhythm as a block by Montgomery gave Venice a 17-1 lead and forced another timeout. An error by the Sailors gave Venice a 25-6 win in the first set.

“We’re going to make them play or make them pay,” Wheatley said. “We had it going and didn’t make many errors.”

The Indians spotted the Sailors a 5-1 lead in the second set before the Indians regained their focus. Montgomery led a 7-1 run to give Venice its first lead. The teams traded points before Venice took a 14-10 lead. A block by Alayna Pracher and Daria Tiubun gave Venice the win in set two.

The Sailors hung around a little longer in the third set, even taking a 12-11 lead on a kill by Jillian Davidson. Venice ran off 14 straight points and closed the match on an ace by Zoe Ring.

“It’s been a long time since we played and I’m excited for them to come,” Wheatley said. “You know us, we want to play as tough a schedule as we can make it.”