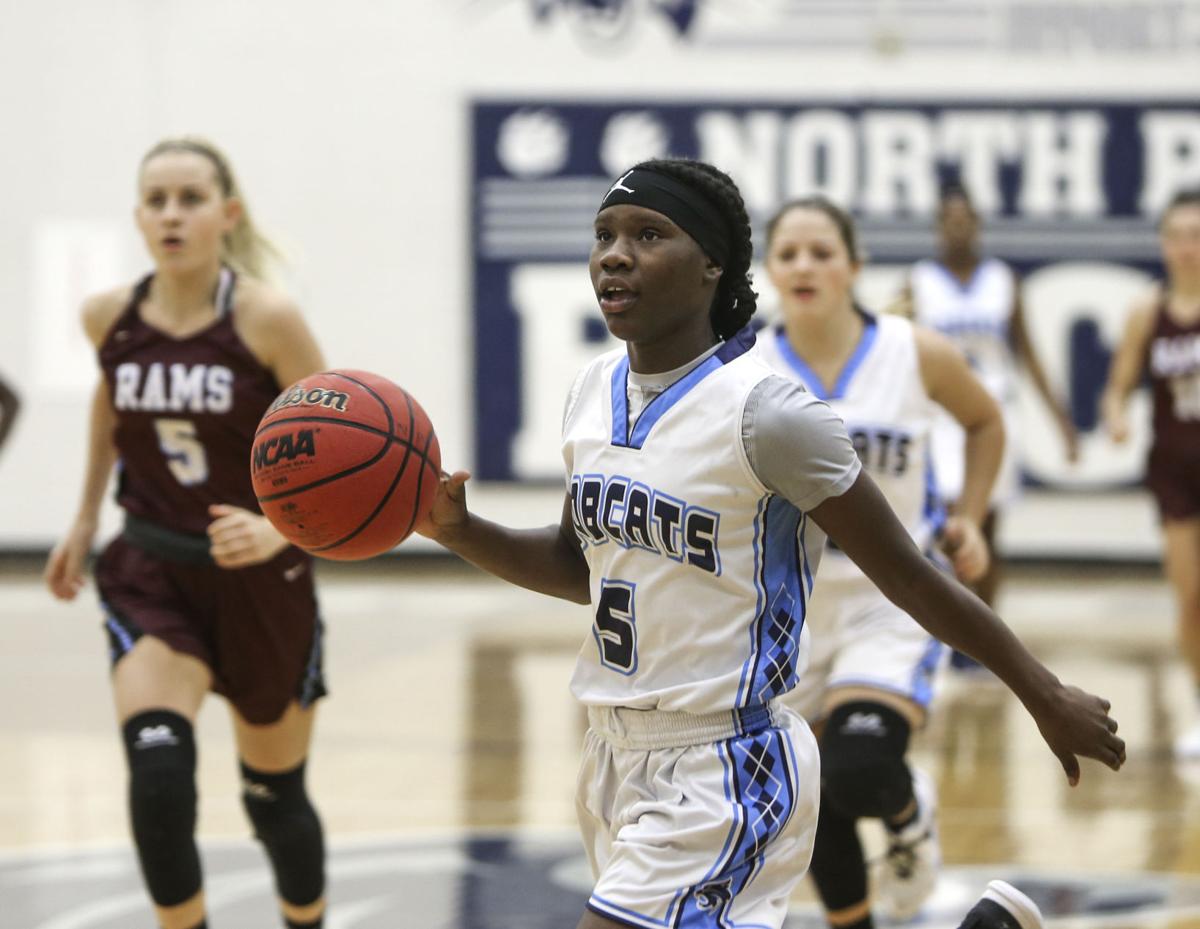 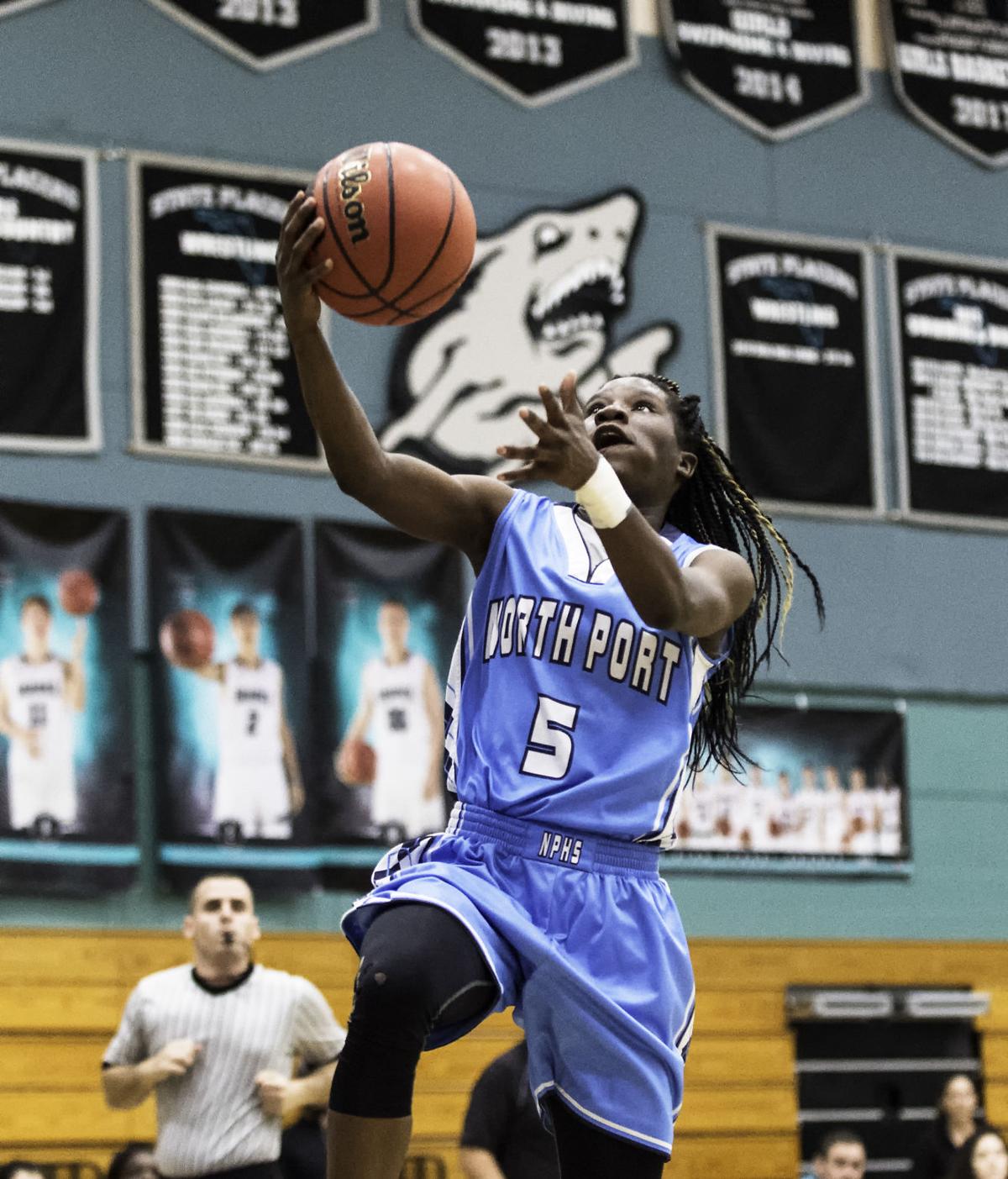 Despite being just 5-foot-5, there’s nothing Jefferson can’t do on the basketball court. A gifted player since her early childhood, Jefferson not only started for the North Port varsity team as a freshman, but was also a key contributor — scoring 14 points per game.

“It’s easy for everyone to see that I’m short, but what they don’t know is how fast I am,” Jefferson said. “When I came into the gym I could tell they didn’t think much of me by how they looked at me. People would look at me and be like, ‘Yeah, she doesn’t look that good.’

“That pushed me harder.”

The Bobcats guard has grown accustomed to proving her doubters wrong over the years, and it’s that attitude that helped her earn an offer from Wright State — becoming the first D-I signee in program history.

“Originally, no one thought she was going to go D-I because she was playing on a travel team behind two players who were getting all the press,” former North Port coach Dale Huffman said. “When coaches came to watch, they weren’t there to watch Emani. But one of those players sprained her ankle in the first game of a tournament and about 90 percent of the coaches got up and left.

“Abby Jump, the assistant coach at Wright State stuck around and Emani scored 30-plus points in all three games. Next thing you know, Abby is on the phone like, ‘(Head coach) Katrina (Merriweather) you have to get down here and see this kid.’”

Even though basketball has always come naturally to Jefferson, her senior season wasn’t exactly a walk in the park. Just as the year was getting started she was involved in a fight that ended with a suspension.

Though Huffman and the school tried to appeal the suspension, saying she was simply defending herself, all parties involved in the fight had to sit out games.

When she finally returned to action, an injury to her knee sidelined her once again.

The Bobcats lost the first two games of Jefferson’s suspension and couldn’t compete at the same level — eking out victories over lesser opponents.

“I had two knee injuries and I was suspended for a few games,” she said. “It was hard just having to sit there and watch my team struggle without me.”

Jefferson could have chosen to sit out the rest of the year and prepare for next season at Wright State. However, quitting has never been in her nature.

“We talked about it,” Huffman said. “I told her stuff against lesser teams like, ‘Hey we don’t need you today if you want to rest. You know we can take these guys.’

“But even though I knew it was bothering her, she came out full bore. She didn’t baby it at all like some athletes would who already had a scholarship.”

With just one other player who averaged more than 10 points per game in Sade Romain (10.1 ppg), it was often up to Jefferson to take the game over.

The senior point guard returned to the court in a somewhat limited capacity, but continued to dominate on the court as she broke the school scoring record of 1,819 points and led her team to its first district title in her four years — a 66-46 beatdown of Newsome.

After a record-breaking high school career, there’s plenty more to be accomplished in the game. Jefferson has a chance to start at Wright State next season, Huffman said, but that’s just scratching the surface of her potential.

“They’re talking Newcomer of the Year next year and a Conference Player of the Year the years after that,” the coach said. “I think if Emani Jefferson puts her mind to it, she can do anything.

“I think she can play pro ball. Maybe go make some money in Europe or play in the WNBA, if that’s what she wants to do.”