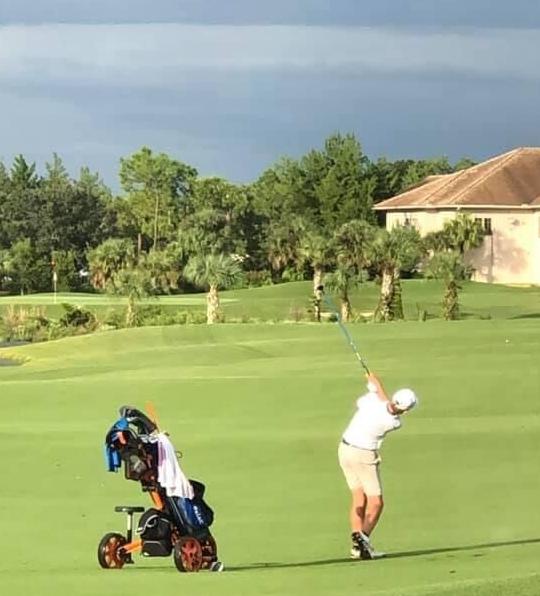 CJ Kemble swings on hole No. 9 on the Oaks course at Heron Creek Golf and Country Club, the Bobcats’ home course. 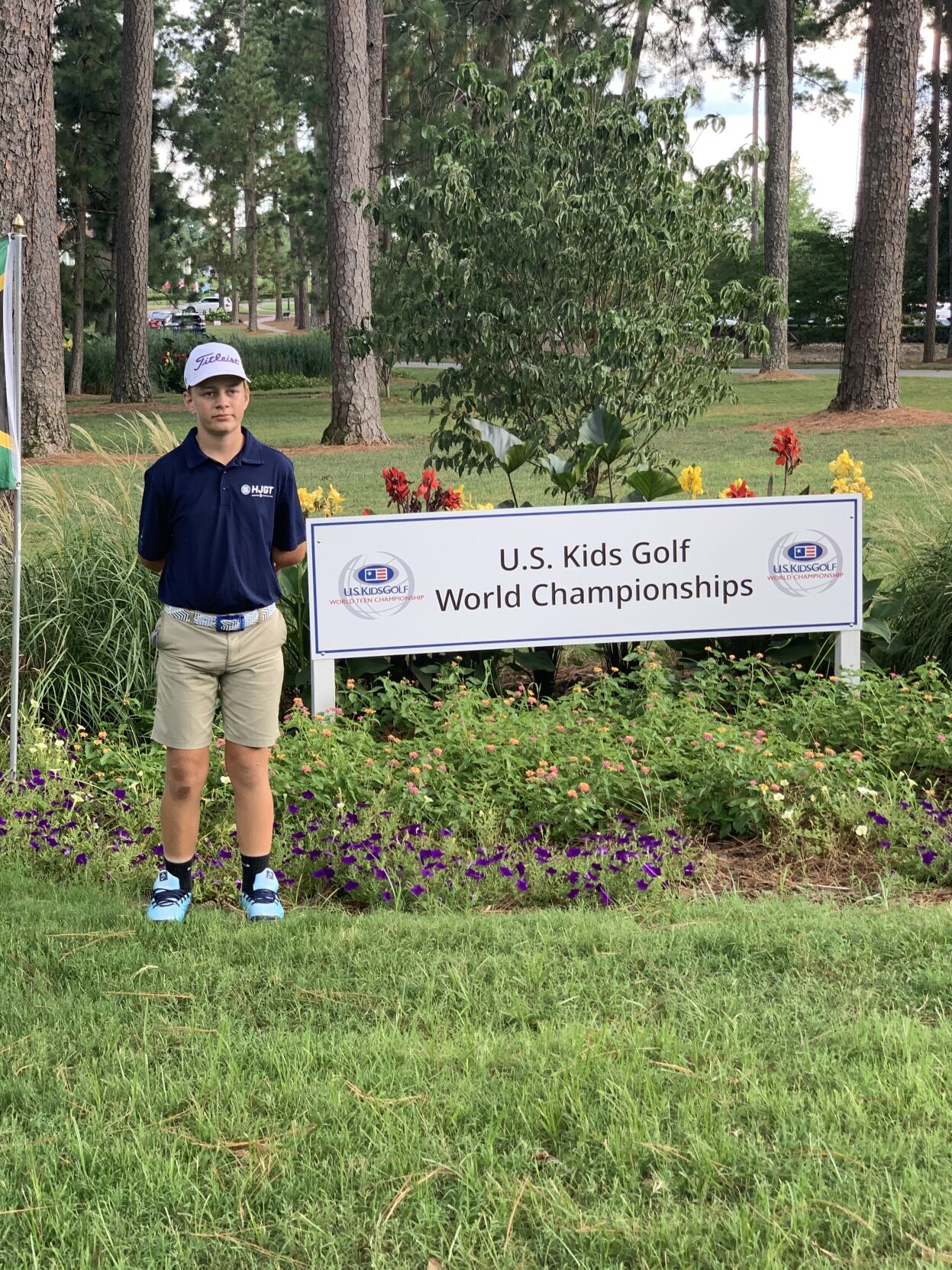 CJ Kemble is only in his second month as a high school golfer and he's already helping North Port break records and redefine expectations.

CJ Kemble swings on hole No. 9 on the Oaks course at Heron Creek Golf and Country Club, the Bobcats’ home course.

CJ Kemble is only in his second month as a high school golfer and he's already helping North Port break records and redefine expectations.

NORTH PORT — It’s been a little over a month since CJ Kemble joined the North Port boys golf team and he’s already helping it break records.

At first glance, an opponent might not think twice about Kemble — who is still 14 years old and still has some growing to do. But even if Kemble might not intimidate players with his size, they soon learn what he’s capable of on the golf course.

Some new opponents will likely learn that lesson today as North Port plays in the 3A-12 District Tournament at Misty Creek Golf Club.

“A lot of kids his age that don’t have the competitive fire,” North Port boys golf coach Thomas Mayer said. “Where we can be friends and talk on the course, but when it comes down to it, I want to beat you. That’s what he’s got to a tee. He’s so competitive, he wants to win no matter what.

“He’s got the ability and he’s growing into his body. If he can get the mental part down, he probably will be one of the best golfers to ever come out of this area.”

One record Kemble already helped break was the Bobcats’ total team score. North Port shot a team score of 158 on Oct. 2 in a 33-stroke win over Lemon Bay — led by a 37 from Kemble.

It was not only a record-best for the school, but one of the first wins over the Mantas in several years.

Kemble has been playing golf since he was 5 years old and he’s already achieved more than some lifelong players can dream to do.

He’s made a hole-in-one, eagled a hole from 170 yards out, chipped in four birdies in high school tournaments, played at Pinehurst and he still plans on doing much more.

To say Kemble is obsessed with golf would be an understatement.

He plays at the team’s home course, Heron Creek Golf & Country Club, as much as he can in season. In the offseason, he plays in tournaments about every other weekend, he estimates.

And when he gets older, he’s interested in playing professionally, or becoming a head golf pro, he said. But even though he’s still just a freshman, Kemble knows what he wants out of the game.

“I want to make it to states all four years, so that’s a goal,” he said. “And I’d like to place well at least my last two years.”

Kemble’s father, Mark, is the girls golf coach at North Port High, so playing high school golf has been on his mind for the past couple of years.

It’s not just individual success that Kemble is after, either.

He said his favorite part about high school golf so far has been his teammates. From having fun at practices, to encouraging and pushing each other in matches, Kemble is learning what it takes to be a leader.

“I try to stress to the boys, ‘Try to beat CJ,’” Mayer said. “Don’t think, ‘OK, we have CJ so I don’t need to shoot a good score.’ No, use that competitive side of it to work harder.

“That’s another thing CJ has brought to this team. It’s created a drive for the other players. They see him shoot well and it’s like, ‘I want to get to that point. I want to beat him. They came back from (an 18-hole tournament) last week and they’re like, ‘Coach, coach can we go play nine more?’”

Along with a record-best team score, Kemble has also helped lead North Port to a 10-5 record. He’s averaged a score of 38.5 (2.5 over par) this season and has not recorded a score over 40.

And he’s not the only Bobcat who’s been shooting low scores. Austin Harrelson, Brayden Spain and Stefan Iwasiw have steadily shot in the low to mid 40s to give North Port all the depth it needs.

But with Kemble as the team’s No. 1, Mayer and the Bobcats excited about what’s to come at today’s district tournament — the first for Kemble.

“I’m excited. I know I can play well there because I’ve played there before,” Kemble said. “All you have to do is drive the ball in the fairway and you’ll score well.”

If only it were that easy for everyone else.