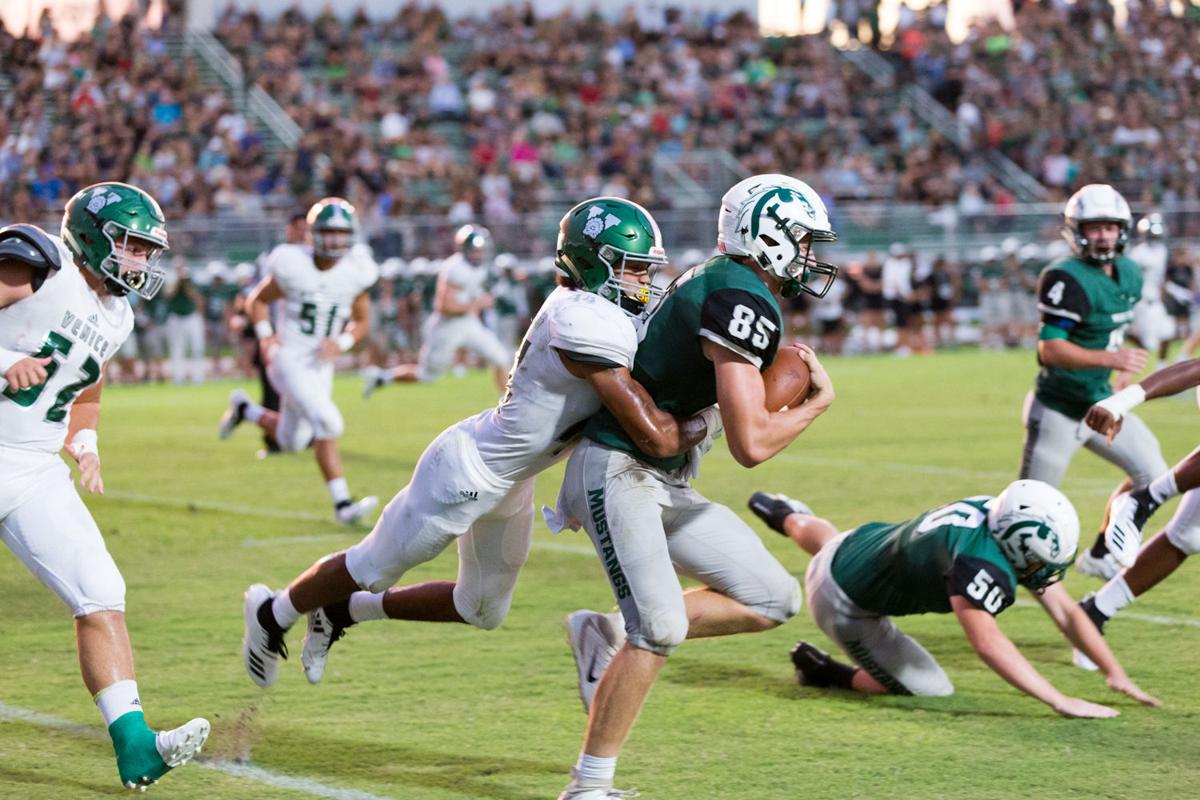 The Venice football team handled Lakewood Ranch, 65-0, last season and will need another win against the Mustangs this Friday to put themselves one win away from a fourth straight district title. 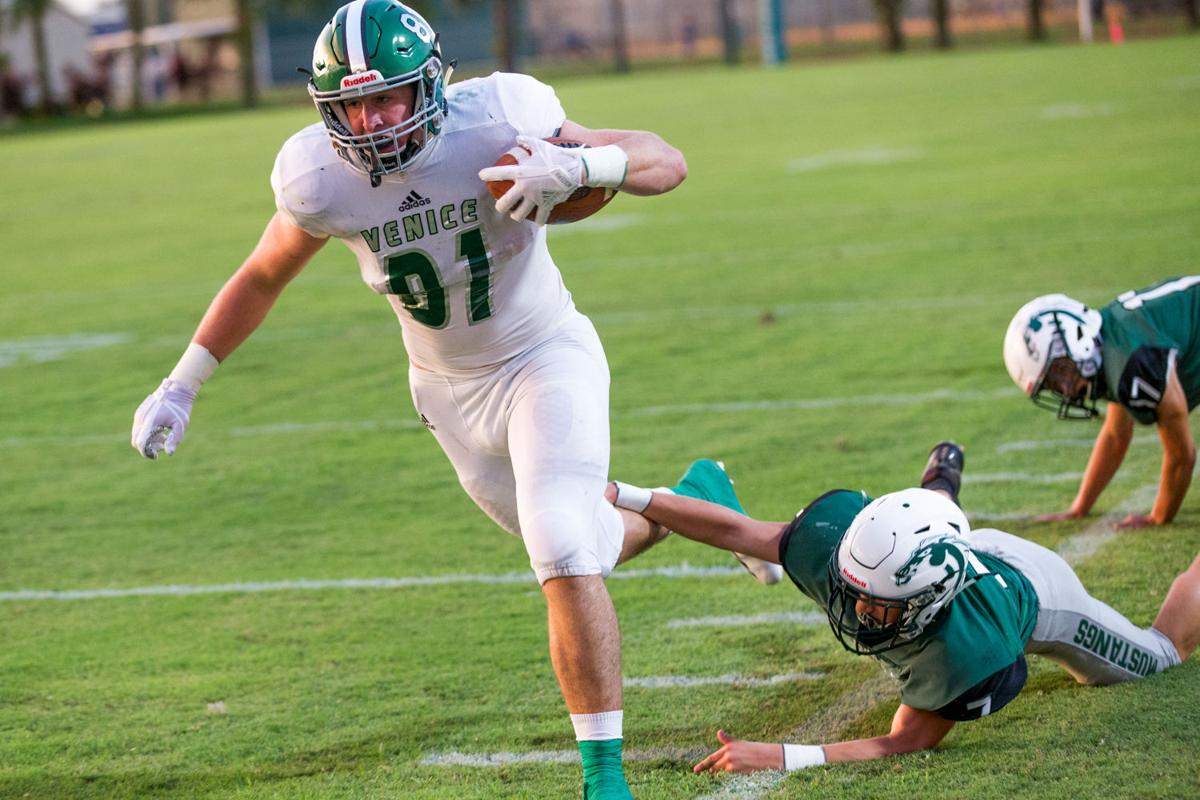 Venice blew out Lakewood Ranch in 2018, but this year’s team is already 4-1 with a much different look.

The Venice football team handled Lakewood Ranch, 65-0, last season and will need another win against the Mustangs this Friday to put themselves one win away from a fourth straight district title.

Venice blew out Lakewood Ranch in 2018, but this year’s team is already 4-1 with a much different look.

Even though Venice’s loss on Friday came against one of the best high school teams in the nation, the coaching staff wasn’t satisfied with the result.

The Indians will have a chance for a quick turnaround as they travel to play Lakewood Ranch — a district opponent — as they try to come within one win of a fourth straight district title.

However, they’ll be doing so with somewhat of a new-look team.

“We’re trying to figure out where we’re at,” Venice coach John Peacock said. “We’ve made some changes this week, and that’s why we play those games (against IMG and St. Frances). You’ll see some new faces at new spots on Friday night and hopefully you’ll see a different outcome, too.”

The Indians have made changes to both their offensive and defensive line, including bringing up freshmen Damon Wilson Jr. and Trenton Kintigh to bolster their depth. Also, Ryan Overstreet and cornerback Steffan Johnson split first-team reps at quarterback during practice this week.

As the Indians look to switch up their play, they’ll be doing so against a team that’s found instant success from changing things up.

The Lakewood Ranch Mustangs (4-1, 0-1) went through all of 2018 without winning a single game and have since hired coach Rashad West to take over the team. West immediately went to a spread offense after the triple-option produced little results last season.

The new offense has worked, as Lakewood Ranch has averaged 22.8 points per game on its way to a winning record. However, the Mustangs’ one loss was a bad one — a 58-0 defeat to Manatee, a district opponent.

If the Indians are to win the District 7A-10, they’ll have to beat the Mustangs and the Hurricanes — who play Sarasota on Friday for a chance to go 2-0 in district play.

But before they can look ahead to Week 10, Venice must first stop Lakewood Ranch. The Mustangs rely on quarterbacks Jimmy Kelly and Cameron Madison to get the ball out quickly to receivers like Michael Cucci — who had 11 receptions for 229 yards and 5 touchdowns against North Port — and a rushing attack featuring Isaiah Harrison and Troy Jefferson.

“They have a new coach and a new offense, so maybe it’s a little bit easier what they’re running now than what they were,” Peacock said of the Mustangs’ newfound success. “Coach West is doing a good job. He’s a veteran coach who’s been doing it a while. I wouldn’t expect anything less from him.”

With just three games remaining in Venice’s regular season and two of them being district games, every week is important to how the Indians will be set up for the postseason. In the first FHSAA RPI rankings of the year, Venice came in at 114th in the state, but could soar up the list if it closes out the season on a winning streak.

“I think if we don’t lose that game against Riverview, I think we’d be feeling a little different right now,” Peacock said. “We are where we should be, but it depends on how we respond.”

However, no matter how many adjustments the Mustangs have made, this is still largely the same team that lost to Venice, 65-0, in 2018.

And while Lakewood Ranch has dropped just one game this year, it was an ugly 58-0 loss to Manatee — a team Venice also beat last year.

Even with new players at different positions, it should be an easy night for Venice.