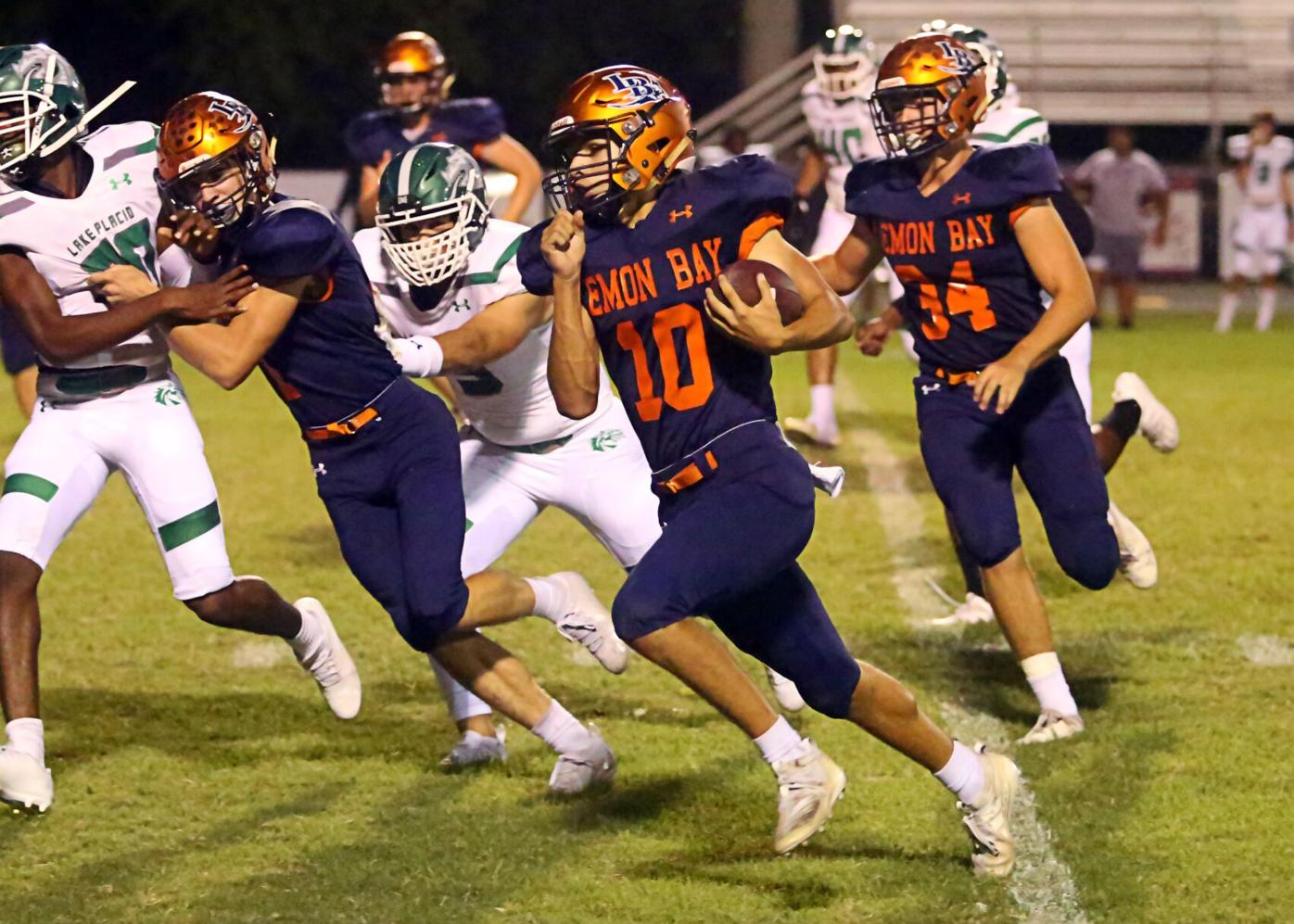 Lemon Bay’s Jacob Sekach (10) turns the corner en route to a long touchdown run in the first minute of the game Friday against Lake Placid. 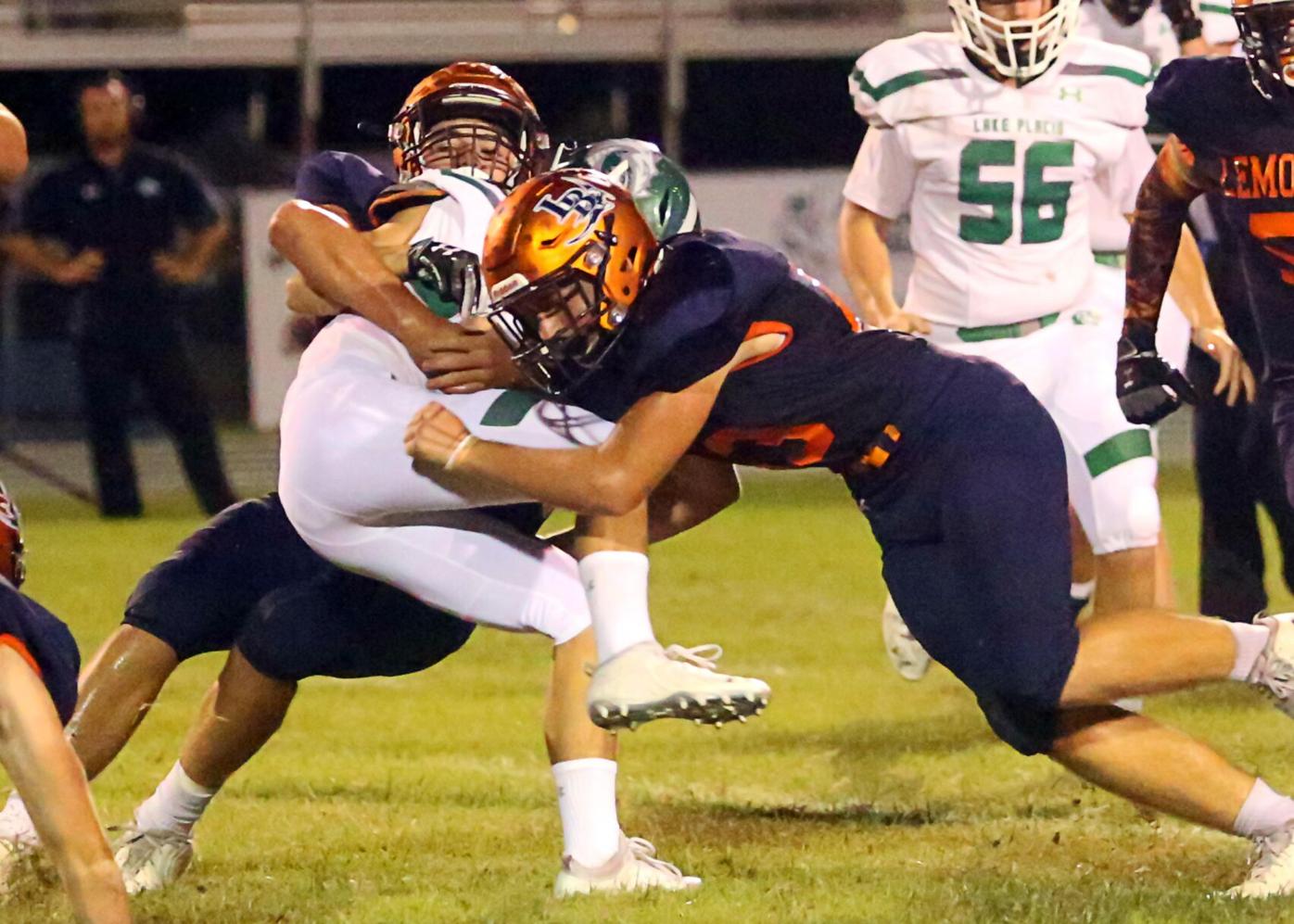 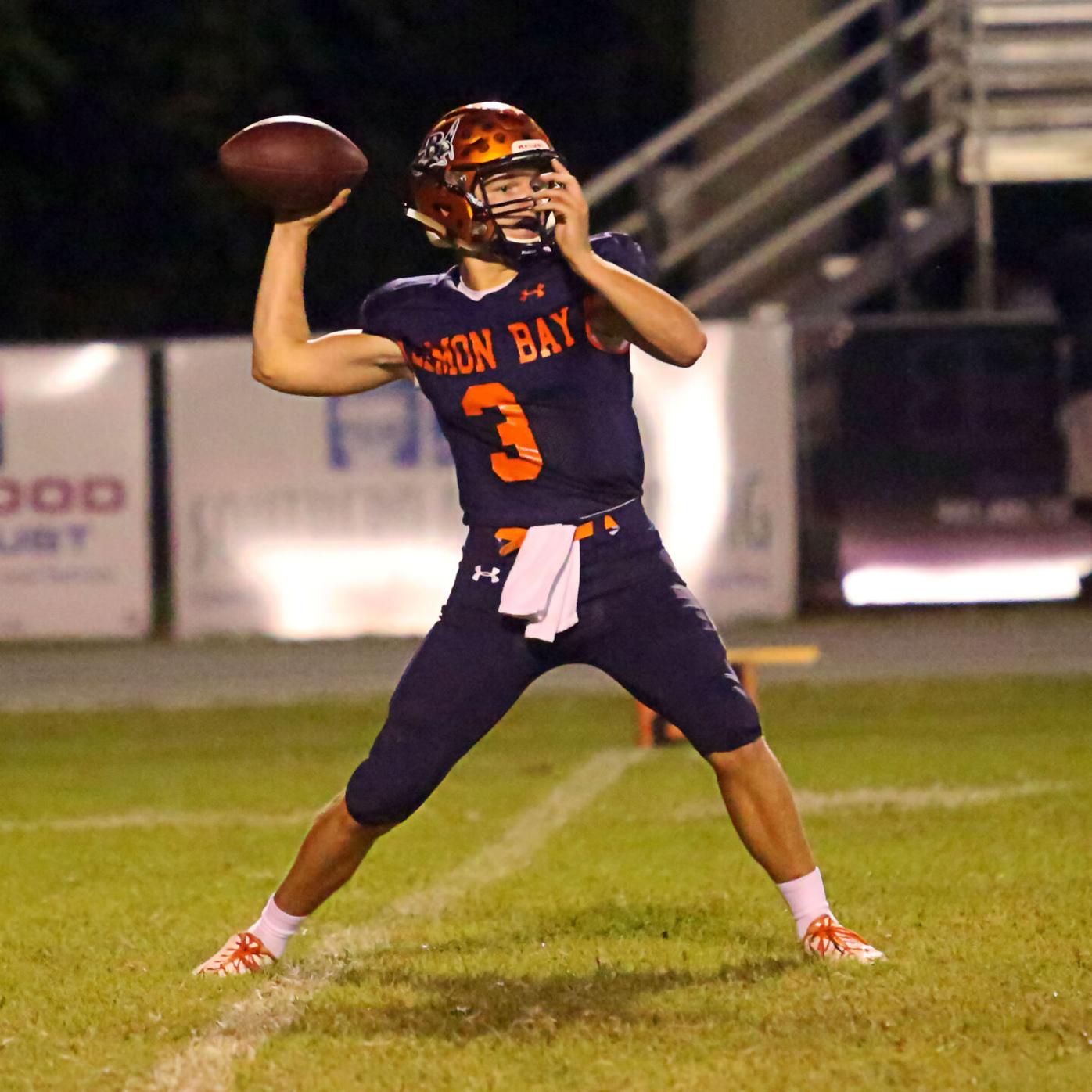 Lemon Bay’s Jacob Sekach (10) turns the corner en route to a long touchdown run in the first minute of the game Friday against Lake Placid.

The expectations are on the rise. The individual credentials are being burnished. A statement is being made:

Lemon Bay is a force to be reckoned with.

In the moments following the Manta Rays’ 42-0 dismantling of future Class 4A first-round foe Lake Placid, coaches pointed to the scoreboard and told the gathered such crooked numbers are the new normal.

“There is nobody left to stop us, except us,” Mantas coach Don Southwell said to the team.

Another coach called on a poker analogy and told the Mantas to keep winning chips and keep shoving them all-in.

Such is life as a 5-1 team that has surrendered just two touchdowns since a season-opening loss and defeated its past three opponents by an aggregate 122-0 score.

“We knew we’d be pretty good, but we knew we had to prove it, coming from last year,” senior quarterback Austin Andrle said. “It’s been great to come into these games against teams we’ve been playing for decades, to beat them like this? You can’t get a better feeling.”

Andrle ran for two touchdowns and passed for another as the Mantas built their 35-0 halftime lead.

The defense, led by middle linebacker Henry Schouten, held the Dragons (1-4) to 43 total yards of offense in the first half, including six negative plays and an interception.

The Mantas’ defense is known as the “Wolfpack” and Schouten, said Southwell, is known as its “Alpha.”

“Our whole defensive staff is doing an amazing job preparing these guys and these guys are taking that preparation and what we do on the practice field and that’s the result,” Southwell said. “That’s why this is happening.”

Key plays: Jacob Sekach opened the night’s scoring with a 22-yard touchdown run. He also had a 68-yard score. … Aaron Pasick picked off a Dragons’ pass to set up the Mantas’ second scoring drive, which ended on a 41-yard touchdown run by Andrle. … Pasick was rewarded moments later, when Lemon Bay recovered a fumble on the ensuing kickoff and Andrle hit Pasick on a crossing route for a 24-yard score. … Mason Boltinghouse scored the game’s final points with a 55-yard interception return in the fourth quarter.

What it means: As one assistant coach said while pointing at the scoreboard, “This is now the expectation.” With a big-play offense that was also capable of grinding out a 14-play, 77-yard scoring drive and a defense that rarely is caught out of position, the Mantas are capable of being a very tough out in the upcoming Class 4A postseason.

Key stats: The Mantas rolled up 290 rushing yards in the first half. … Sekach finished with 7 carries for 124 yards and two touchdowns. … Jason Hogan’s scoring spree came to an end when he was kept out of the end zone. He still managed 78 yards on 9 carries.

Quote: “Something to be reckoned with. It’s a whole different team. We don’t quit. We come in, we know what to do and we execute it.” – Andrle on Lemon Bay’s identity.