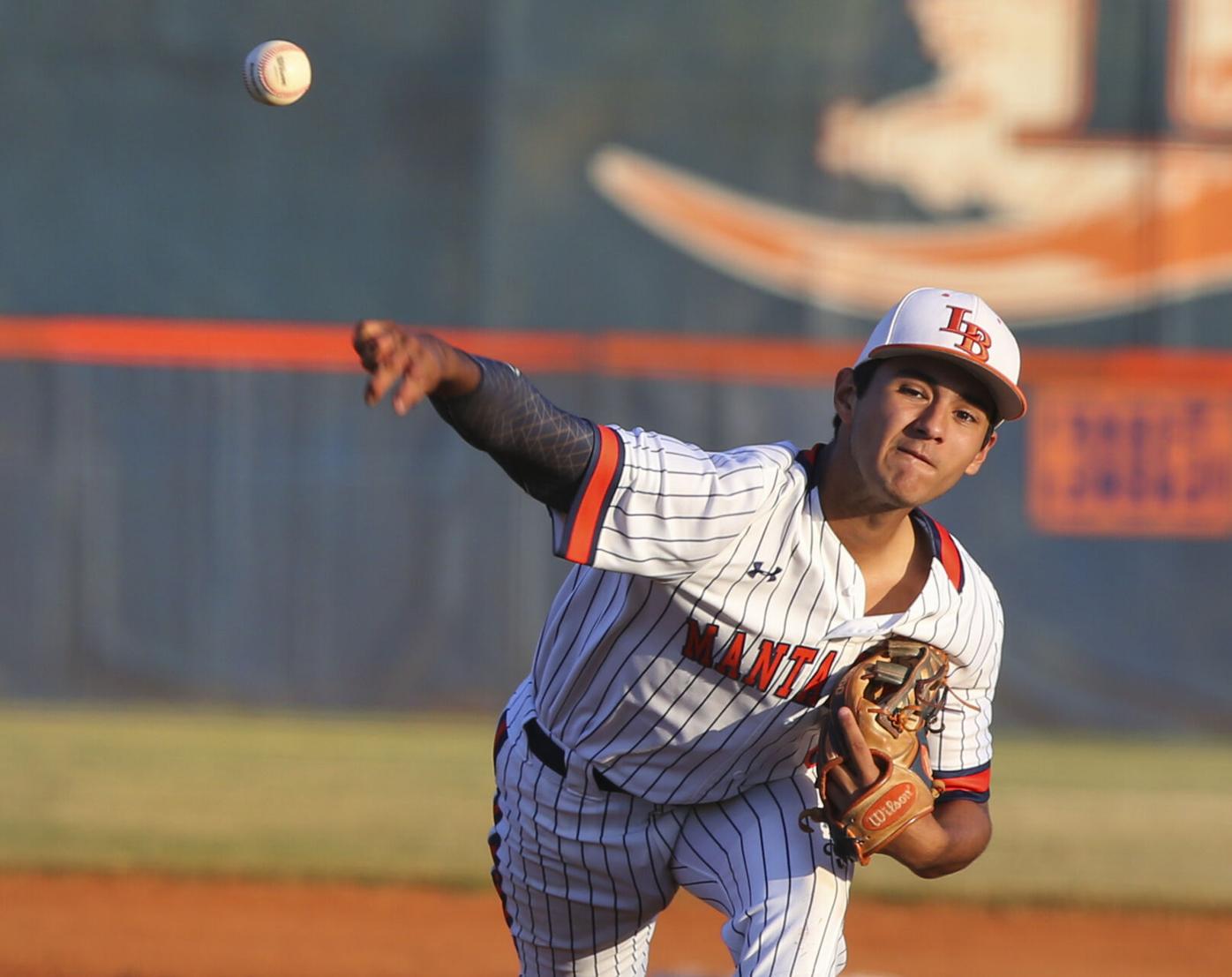 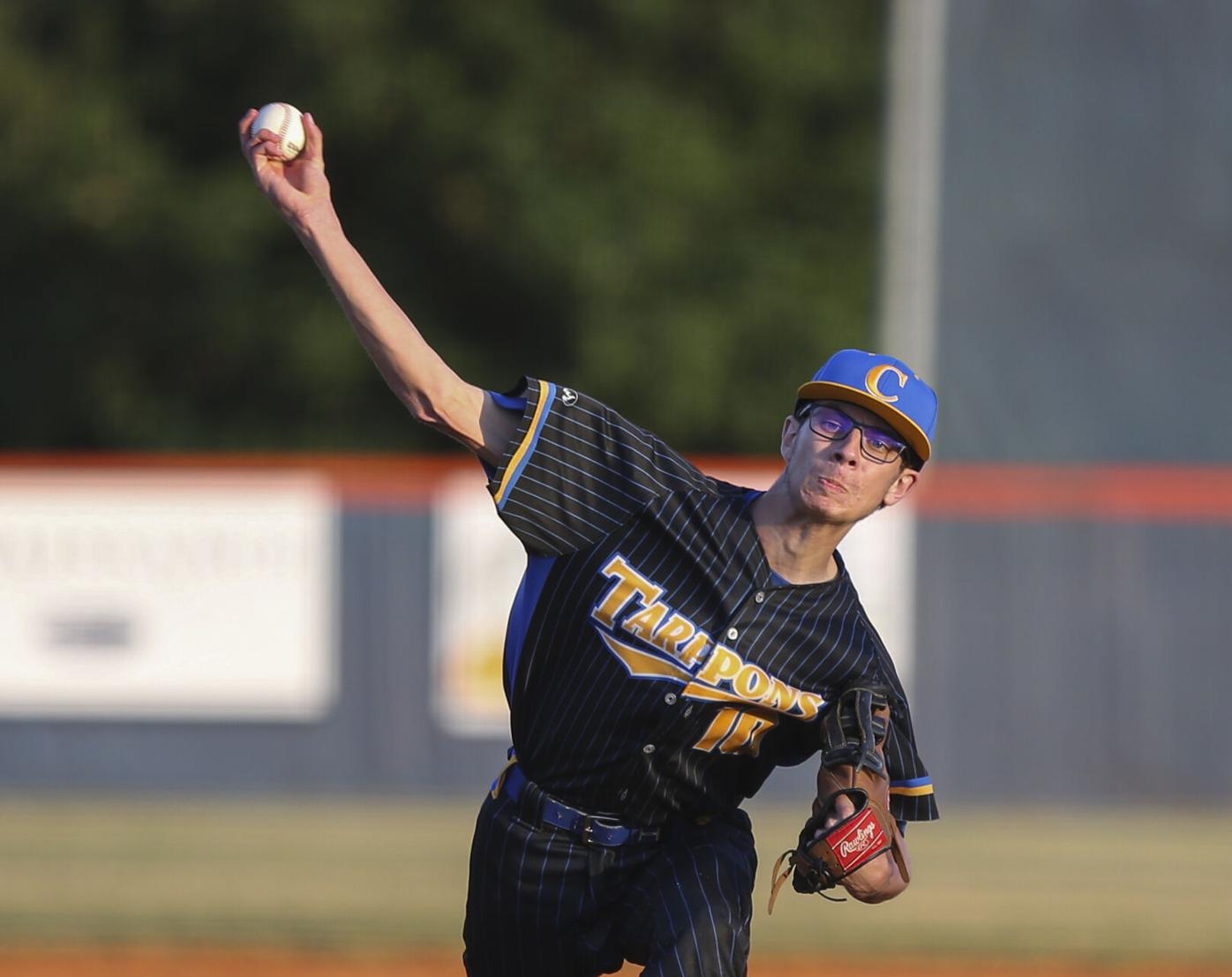 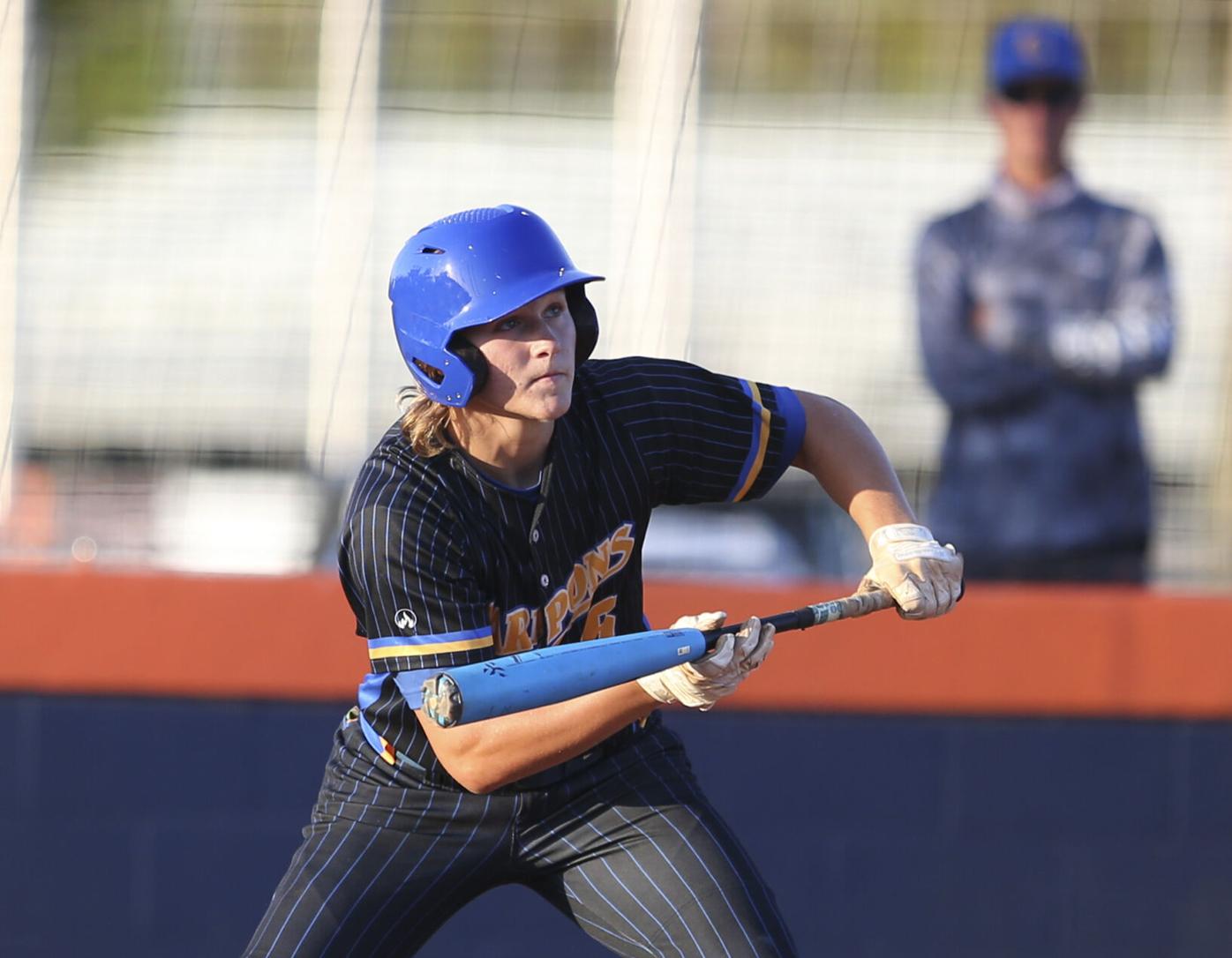 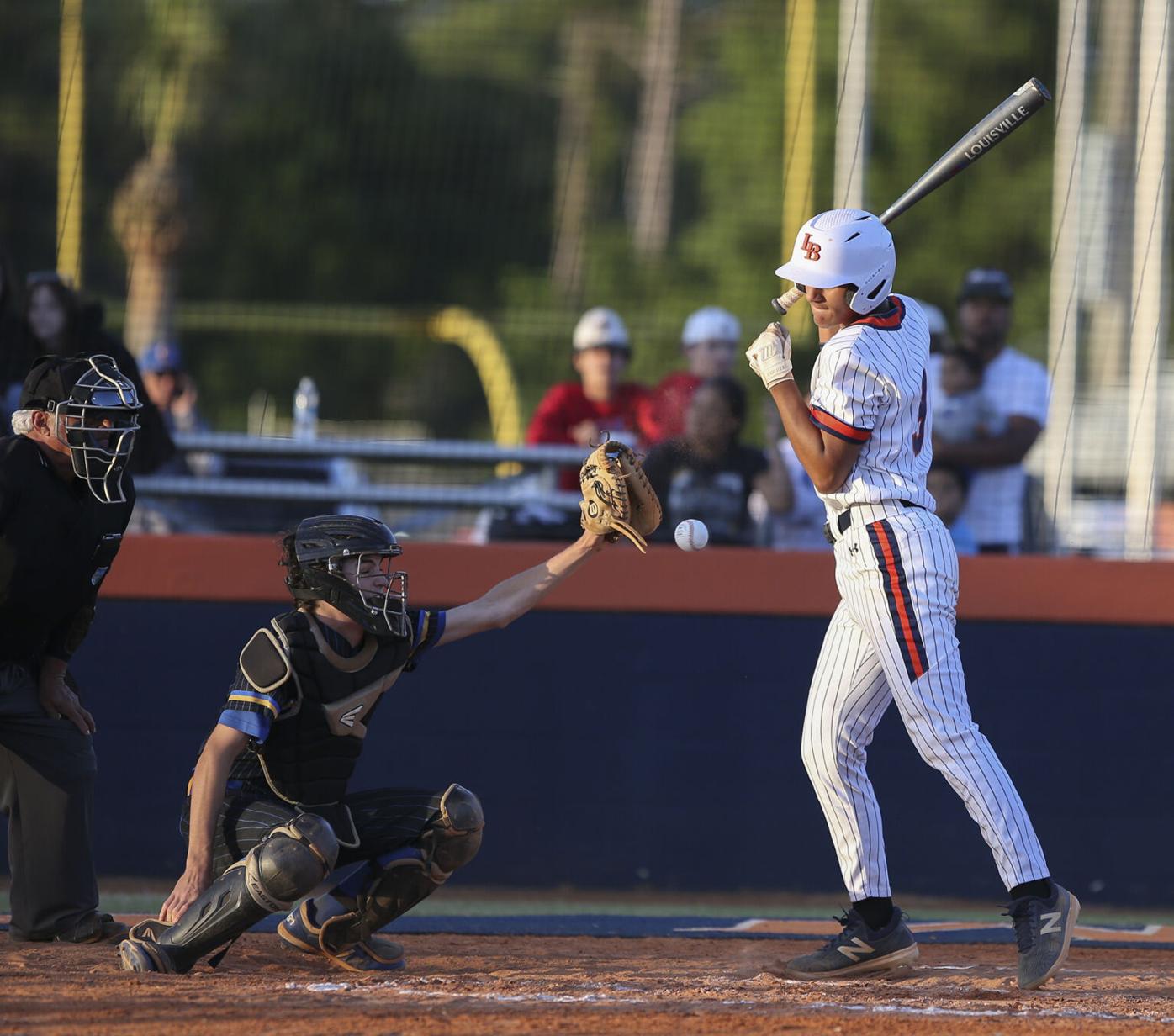 Lemon Bay pitcher Abel Albarran (3) is hit by a pitch during the second inning against Charlotte Tuesday at Lemon Bay High.

Lemon Bay pitcher Abel Albarran (3) is hit by a pitch during the second inning against Charlotte Tuesday at Lemon Bay High.

Lemon Bay pitcher Abel Albarran had just pitched six scoreless innings and left Tuesday’s game against Charlotte with a four-run lead, only to see the Tarpons rally to tie the game in the seventh.

He wouldn’t get the victory, but he would make sure Lemon Bay got the win, anyway.

With two outs in the bottom of the seventh, Albarran drew a walk, moved to second on Colin Gamber’s single, took third on a wild pitch, then scored on another wild pitch to give Lemon Bay a 5-4 win.

The Tarpons (7-8) came to life once Albarran came off the mound. John Busha greeted Mantas closer Barrett Curry with a triple to the left-center field wall, then scored on Justin McQueen’s one-out single. Justin Moss and pinch-hitter Keon Lockett drew walks to load the bases with two outs, then Devin Spivey drew yet another walk to chase Curry and pull Charlotte within 4-2.

Facing a new reliever in Joel Vazquez, Cameron Goff slashed a two-run single to tie the game, then Quaid Goff drew the Tarpons’ fourth walk of the inning to reload the bases with Busha – the Tarpon who started the inning’s fireworks, striding to the plate.

He never got a chance to be the hero – Spivey got caught drifting too far off third base by Lemon Bay catcher Javi Albarran on ball four.

Charlotte coach Lavell Cudjo, who was standing in the third-base coaching box, could do nothing but shake his head.

“That can’t happen,” Cudjo said. “He didn’t lose the game for us, because guess what – we shouldn’t have been in that game.”

That’s because Albarran had dominated the Tarpons for six innings, consistently getting ahead in the count against his former teammates, cuffing them on two hits and two walks while fanning eight. Cudjo applauded Albarran but said he was frustrated the Tarpons were failing to make adjustments against him.

With their chance to take a lead nixed, Charlotte turned reliever Logan Ehara to get the game to extra innings. Facing the top of the Lemon Bay order, he quickly got a foul popup and strikeout, but ran the count full against Albarran before surrendering the walk. After Gamber’s single brought Javi Albarran to the plate, Abel Albarran got greedy and took off for third on a ball in the dirt. Justin McQueen’s throw beat Albarran to the bag, but a swim move allowed him to evade the tag.

“I knew you had to be aggressive on dirt-ball reads, but not with two outs,” Albarran said. “But I decided to take a chance and as a result, scored. Game over.”

Lemon Bay improved to 15-3 with the victory as its best campaign in recent years marches on. Vazquez collected two hits and a steal. He keyed the first half of Lemon Bay’s four-run third inning with an RBI double, then came around to score on Abel Albarran’s single.

In a fluke only possible in baseball, Vazquez also collected the win.

“That seems to be our thing,” Lemon Bay coach Zach Gonzales said with a laugh. “Our goal this year is get a four-run lead in the top of the seventh and let’s walk people and tie the game up. That’s always great.”