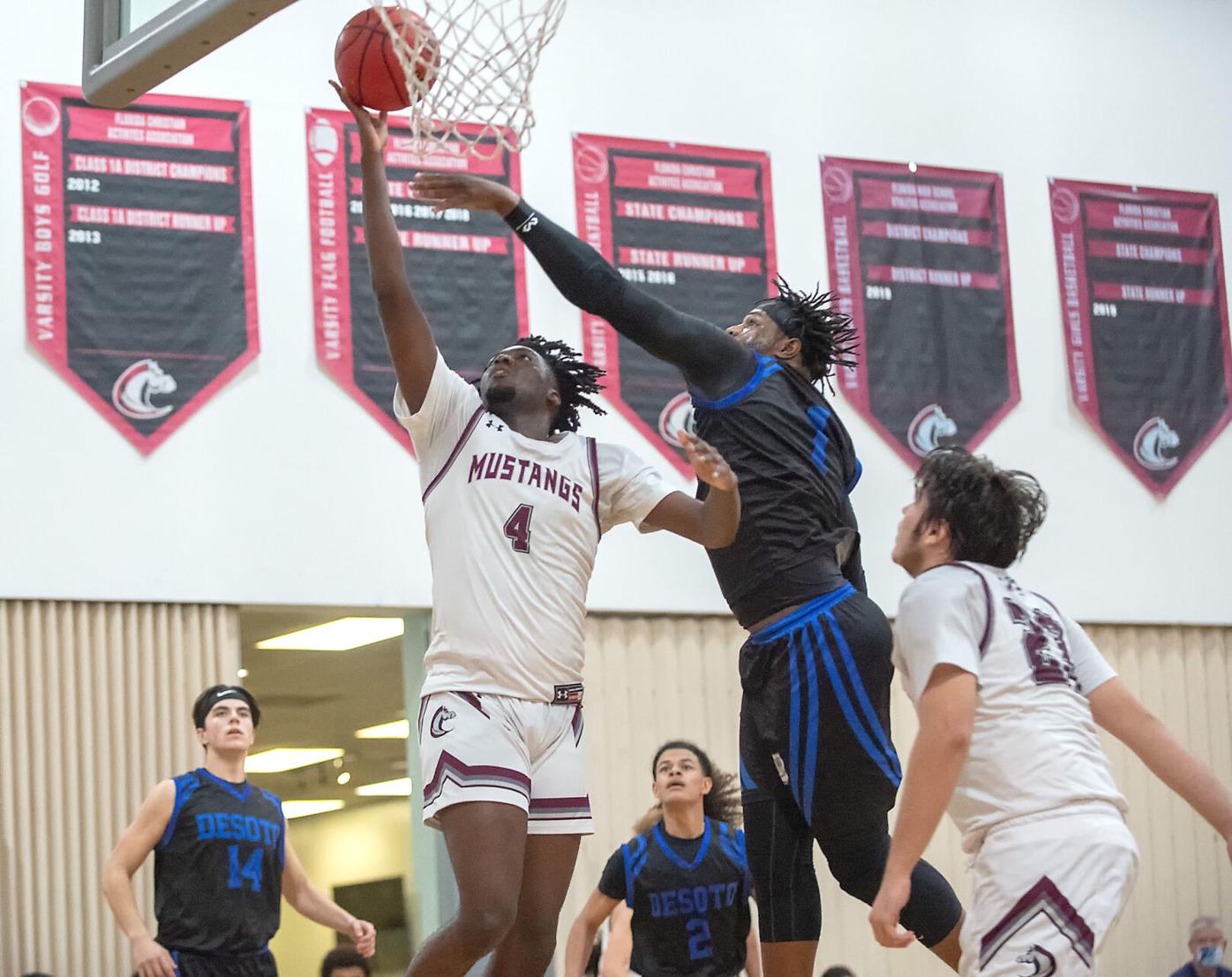 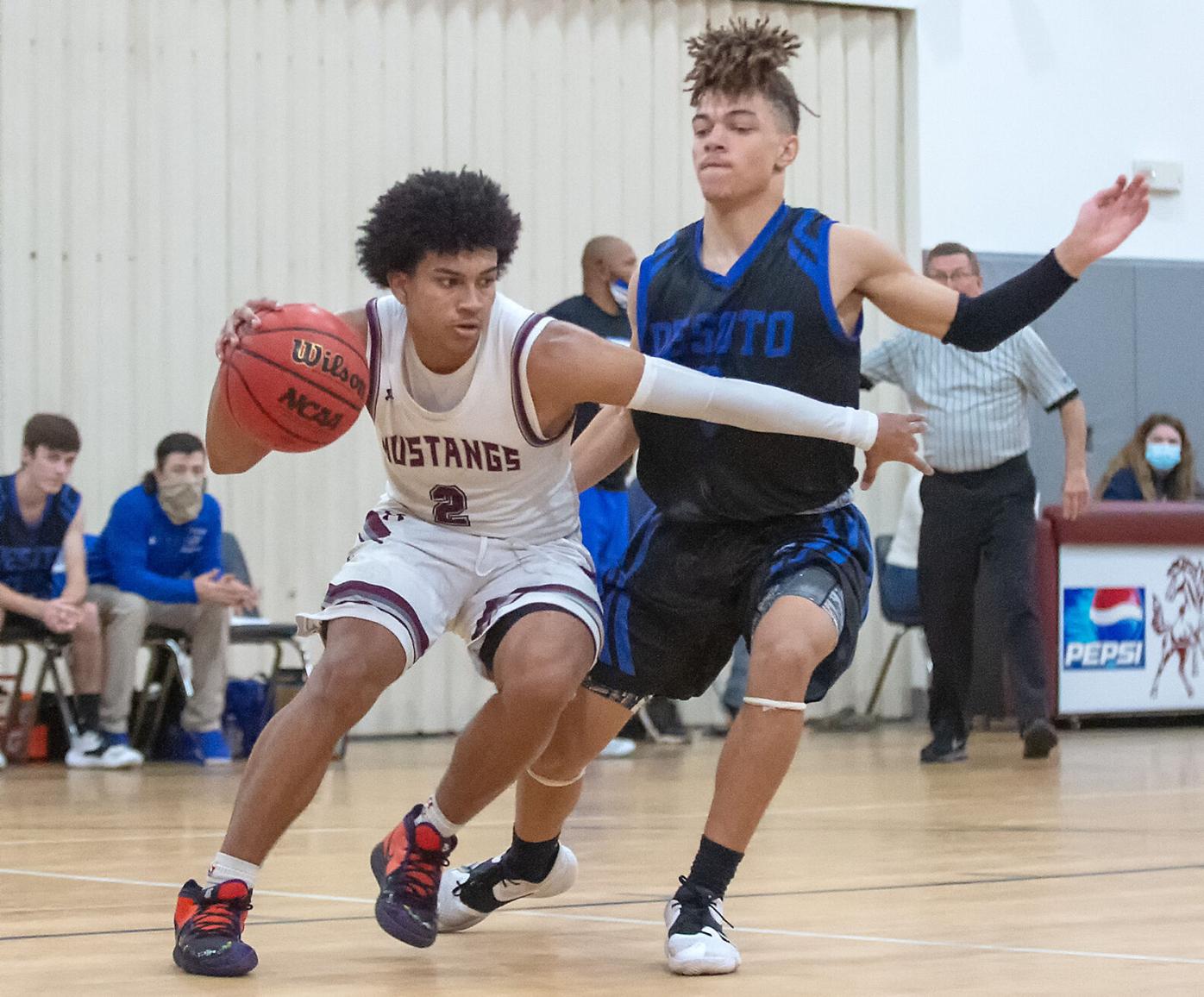 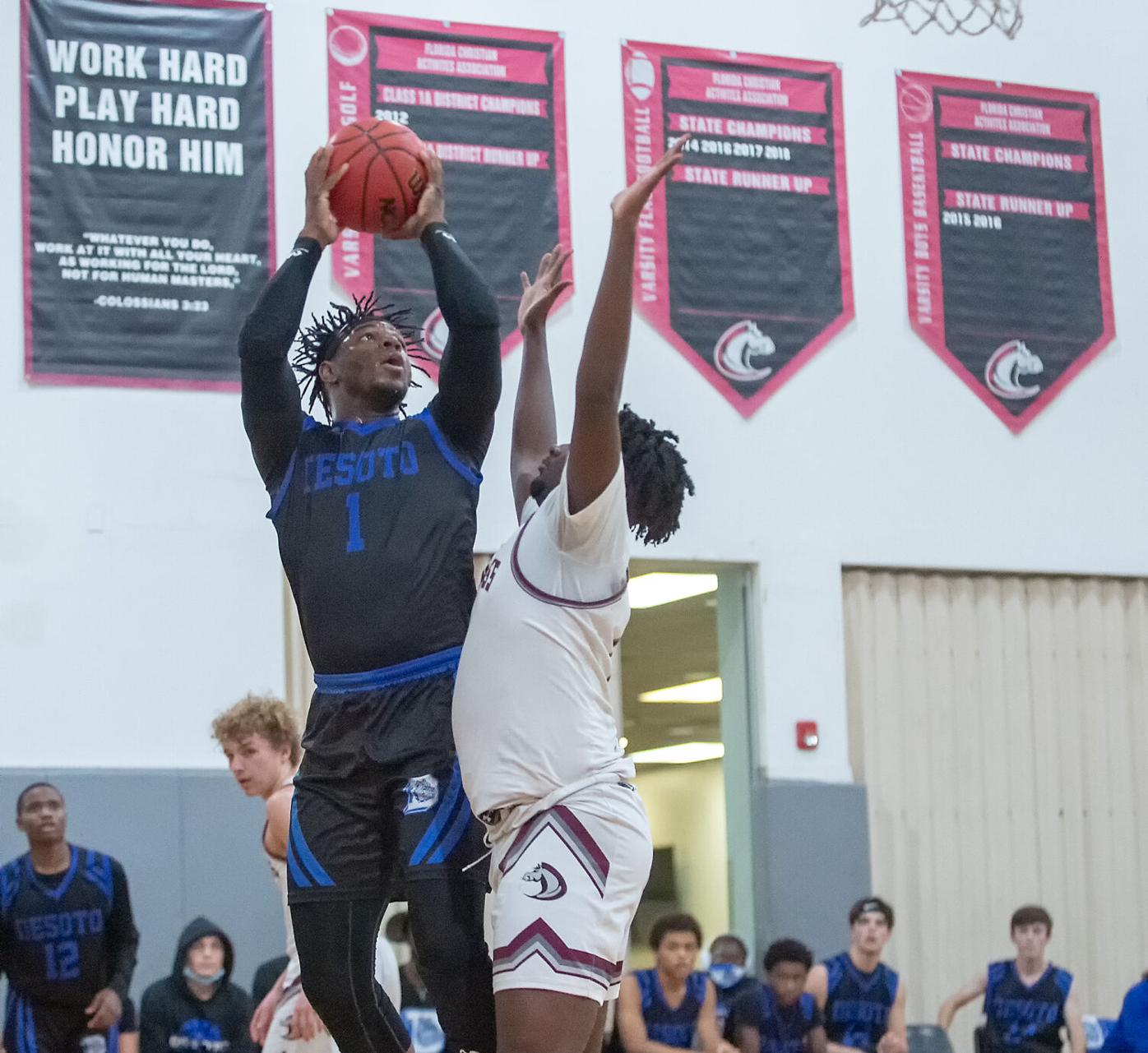 As DeSoto County warmed up at Community Christian on Tuesday night, Bulldogs coach Darrel Nicklow said he was looking forward to the game because the two teams always put on a show.

“He had no choice. He had to do something,” Community Christian coach Kurt Taylor said. “He has that shot, not necessarily for that situation, but it’s a shot he can get off. He made a good decision and it went in. That’s all I can say.”

Levine stole the spotlight from Bulldogs junior Nazir Gilchrist, who had cooly drained a 3-point shot with 10.7 seconds remaining to put DeSoto County in front 59-58.

“He battled all night,” Nicklow said of Gilchrist. “He hit the shot for us to put us over, but they had the last shot. I loved the way both teams competed. It was a well-played game.”

It was an air-tight contest throughout. DeSoto County (4-6) led most of the way, but whenever it appeared the Bulldogs might pull away, the Mustangs (6-3) reeled them in.

Brandon Hill carried Community Christian for most of the night, recording game-highs of 24 points and 16 rebounds, but in the final minute, Levine took over.

Levine went coast to coast for a layup to knot the game at 56-56 with a minute to go, then hit a pair of free throws to give the Mustangs their first lead of the second half, 58-56.

Gilchrist, who had just air-balled an earlier 3-point attempt, went to the well one more time and swished the last of his 13 points to set up Levine’s final act.

Coming out of a timeout, DeSoto County blew up Community Christian’s planned play, taking away the first two options and leaving Levine to improvise as time ran out.

It was a big win for Community Christian, coming without starting point guard Drew Carter. His absence was felt in the 23 turnovers forced by the Bulldogs.

“We stunk it up,” Taylor said. “(DeSoto) deserved to win. They wanted the ball more than us and we wouldn’t man-up and rip through and be strong with it and make them foul. We got very fortunate, but we’ve been unlucky before, so I’ll take it.”

Levine finished with 14 points. Lucas Rivera had 10 and Aeron Baker had 9 points and 13 rebounds for the Mustangs, who outrebounded the Bulldogs 46-27.

Kiemar Richardson had a solid all-around game for the Bulldogs, scoring inside and out to finish with 23 points. He also grabbed 12 rebounds. Ethan Redden added 13 points.

“Kiemar, he’s playing the way we need him to play. He had (two) 3s and he’s supposed to take those shots,” Nicklow said. “I’m just proud of my kids. Unfortunately we lost tonight, but hey, I’ll take it. I’ll deal with it.”

The Mustangs have a week off before a key district date at home against Bayshore Christian. DeSoto County will play host to Lake Placid on Thursday, a team the Bulldogs defeated 82-58 on the road last month.