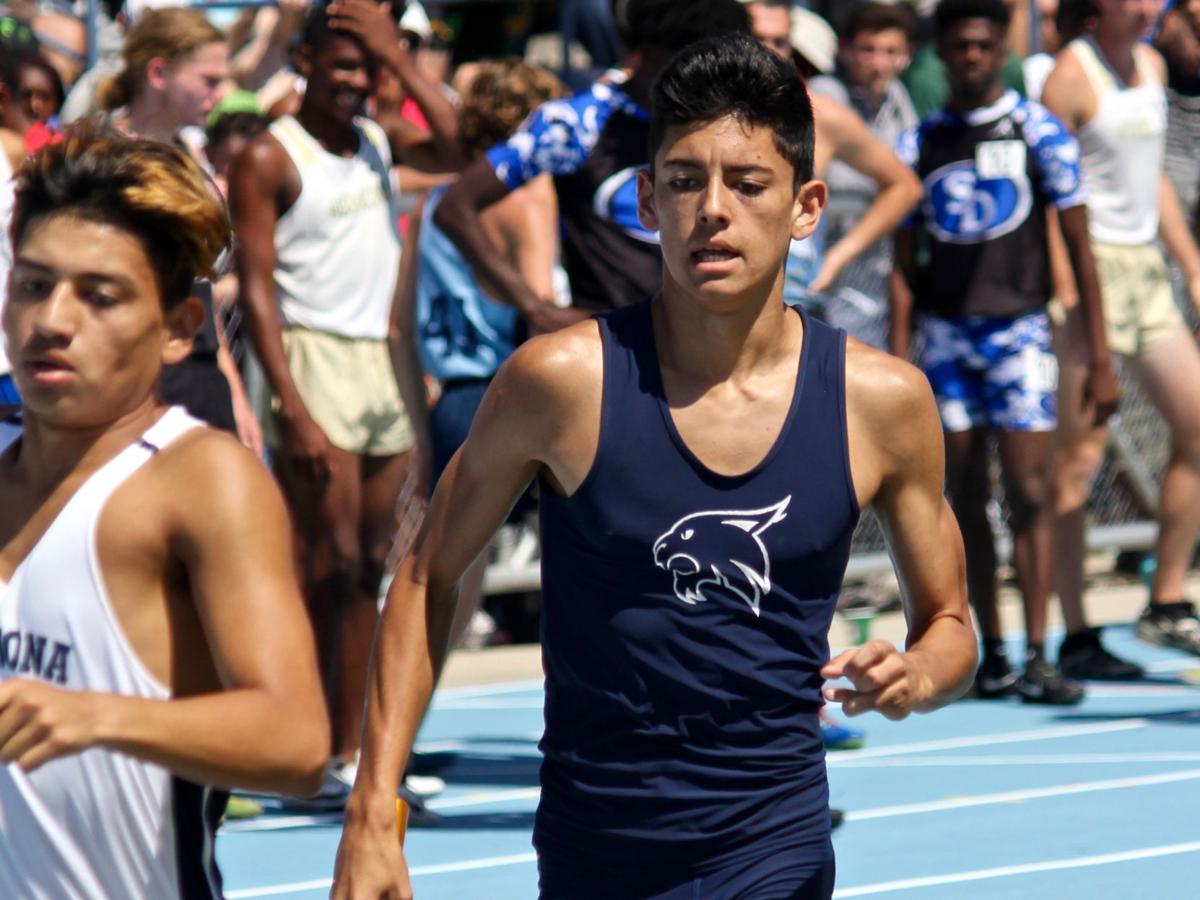 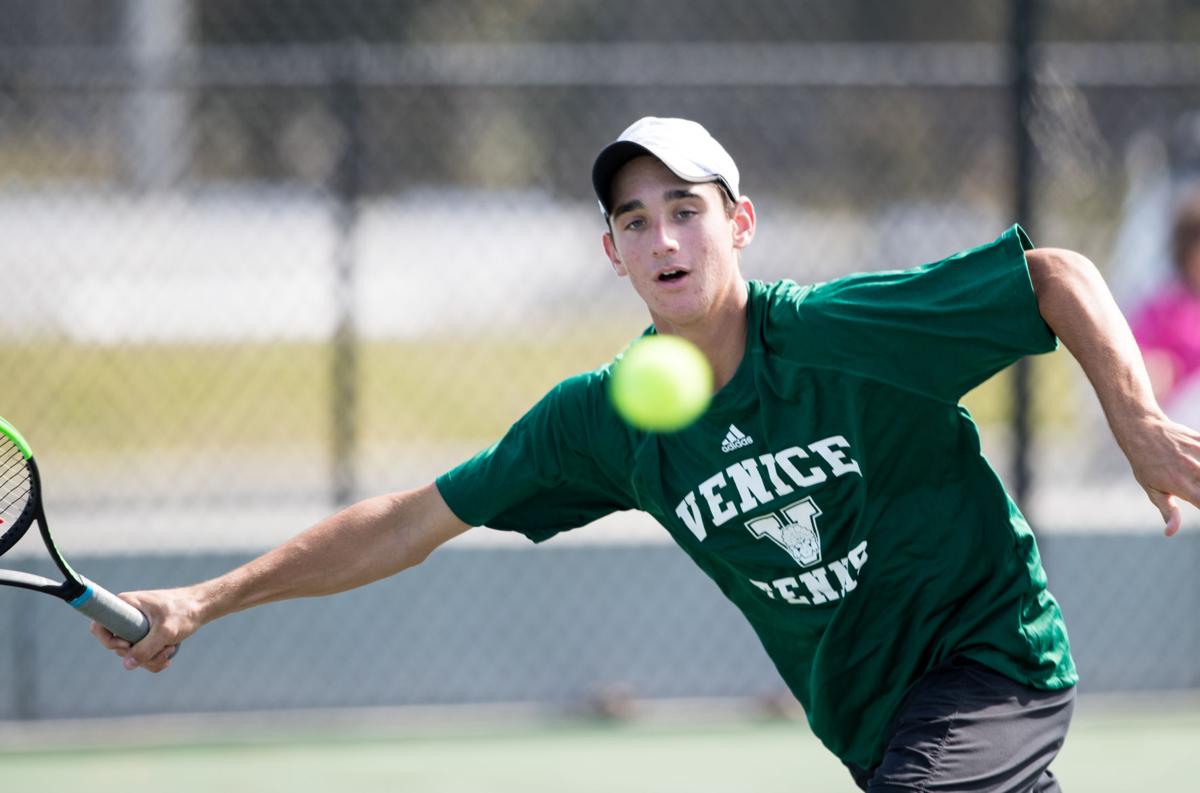 Ben Zipay, the 2019 Sun Player of the Year, hopes to get back on the court as the Venice boys tennis team looks to defend its state championship.

Ben Zipay, the 2019 Sun Player of the Year, hopes to get back on the court as the Venice boys tennis team looks to defend its state championship.

In a typical season, North Port track star Alvaro Amaya would be just coming out of spring break, fresh and ready to get back to the grind of late season meets and preparation for the postseason.

But this has been far from a typical season for Amaya and the rest of the state’s athletes as schools and high school sports were shut down amid the COVID-19 outbreak.

At this point, the high school season is shut down until April 15, but there’s no telling if that will be extended or if athletics will be shut down for the remainder of the school year.

“Honestly, just thinking that I might not be able to finish my senior season makes me choke up and cry a bit,” Amaya said. “I’m just praying that some blessing happens where we get another shot at states.”

With no other option, athletes across the area are just trying to keep things as normal as possible concerning their fitness and conditioning, making do with the resources they have at home.

That’s the goal for Amaya and the North Port 4x800 relay team as well; stay ready for whenever the season picks back up.

The 4x800 team was poised for a podium finish this year. After a low finish tainted last year’s experience, having all four runners return this year gave them a big leg up before the season was halted.

“We came up short last year and I really don’t want to end my career this way,” Amaya said. “I know that I’m not the only senior that has dedicated so much time and effort to this just to not have one final shot. I just want one more chance.”

Some of his teammates have been running at the Venice Boys and Girls Club after getting kicked off their school track last week. Amaya and others have been running in their neighborhoods, doing long distance runs and tempo to keep their pace.

For runners, it’s a little easier than for athletes who rely on equipment. Those who participate in events such as pole vault, hurdles and the jumps have a harder time keeping up with things.

When it comes to team sports such as baseball and softball, athletes can practice pitching and hitting, but without access to a field, equipment or teammates, staying ready for competition can prove challenging.

That goes for sports such as weightlifting as well.

With the gyms closed and no access to the school weight room, Port Charlotte lifter Joshua Clerjuste, like many others, is forced to continue his workouts on his own. Along with weightlifting season, Clerjuste was also in conditioning for spring football where he is the starting linebacker for the Pirates.

Clerjuste can’t use free weights, so he has been doing workouts using bodyweight to stay in shape.

On upper body days, it’s four sets of 40 pushups, 30 sit-ups and 45 crunches. On leg days, it’s similar sets of jump squats and lunges. It doesn’t come close to replicating what he needs to keep his lift numbers up, but it’s all he can do for now.

“It’s a little bit of a challenge,” Clerjuste said. “Because even though I’m working on gaining body strength, lifting weights is just different.”

For most of these athletes, the reality of the next month or two is just starting to sink in.

With spring break last week, most teams wouldn’t have scheduled many or any practices or games, but with that week now behind them, the new normal is about to begin.

Student athletes such as Venice High senior tennis captain Ben Zipay hasn’t even seen his teammates since their last match, and isn’t sure when he’ll see them again. In the meantime, he’s been practicing at Englewood Tennis Club, which his family owns. His father, Bob Zipay, has been helping him practice and refine his strokes and technique, but it’s not the same as gearing up for a high school match.

“I think everyone right now is just staying home and away from everyone,” he said. “It’s been really weird and it’s probably only going to get weirder.

“Hopefully they won’t get rid of the entire season, but it is what it is at this point. We have to be prepared for anything so I’m just trying to stay on top of my game because at any moment the season could continue.”

There will be more tennis in Zipay’s future, as he is committed to play for Elon University beginning this fall. But while Zipay remains focused on what’s in store for his future, it’s difficult not to think about what he’s missing in the present.

“I think it’s really given us an opportunity to see how much we take for granted,” Zipay said. “Especially me on the tennis court, I’m really getting a chance to work on my game, but I’m also missing what I used to think was sometimes a hassle. Like the weekly traveling, practices and matches. You miss it when it’s gone.

“So I’m really grateful to have had these opportunities, and I’m really hoping that soon I can get back on that schedule.”