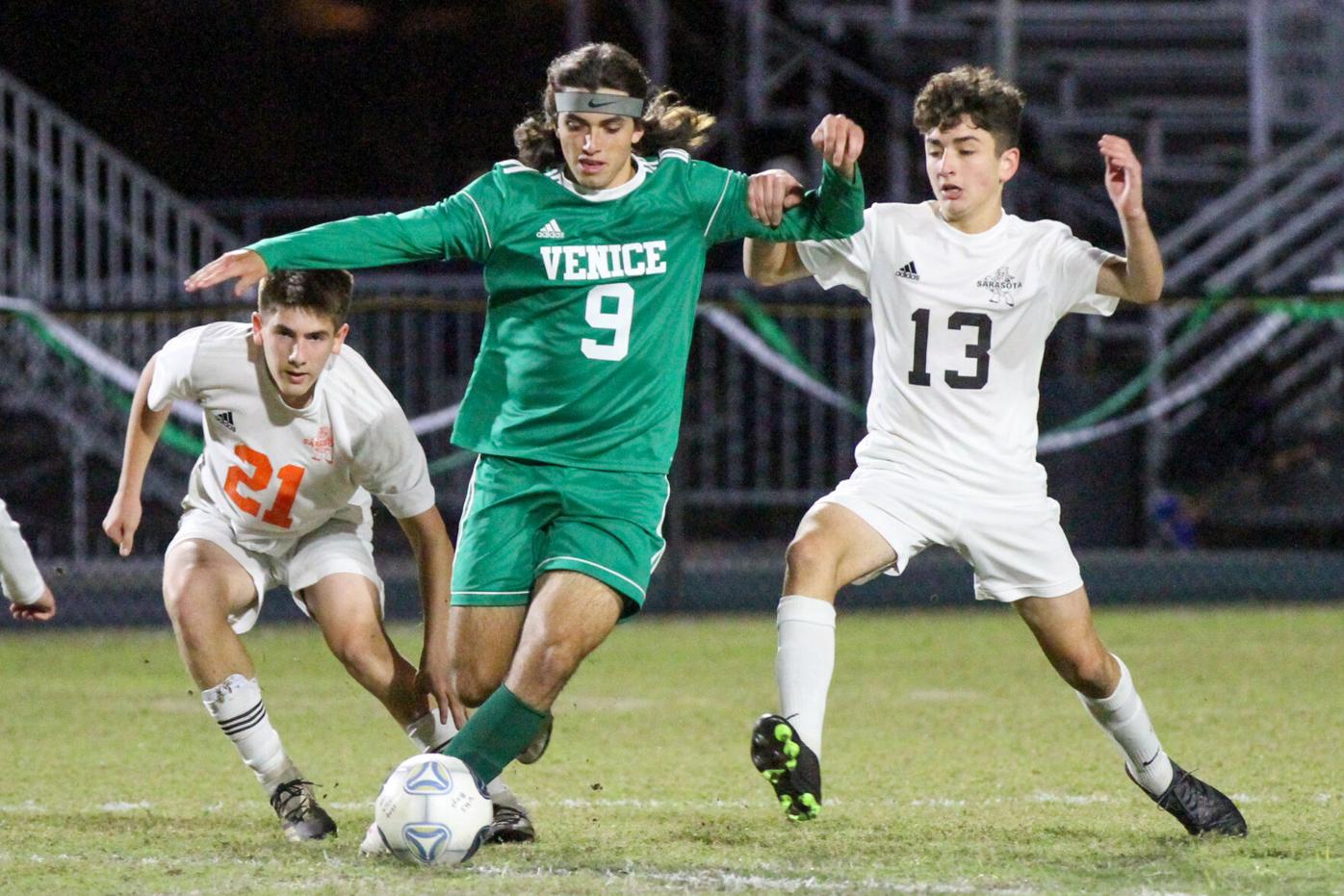 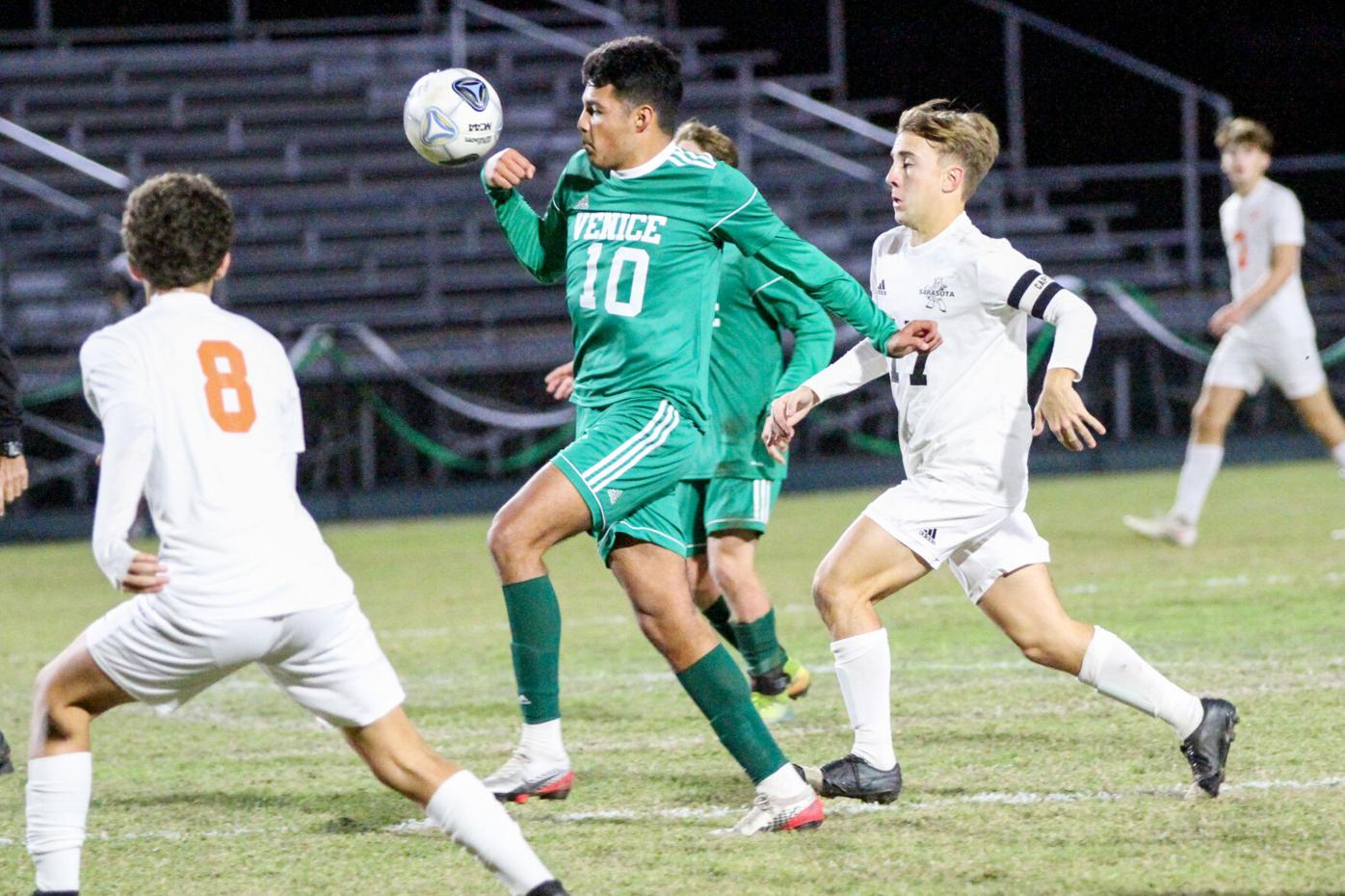 VENICE — It’s a bit of a chicken-and-the-egg situation for the Venice boys soccer team.

Are the Indians winning more because they’re having more fun? Or do winning and happiness simply go hand-in-hand?

“I think even before we played our first game it was going to be different,” said Mergos, who scored two goals in Venice’s 4-1 win over Sarasota on Wednesday night. “It’s just the talent we have. There’s not one player on this field that doesn’t have talent.

“It’s just unbelievable. Our chemistry is so much better. It’s so much more fun.”

It was apparent out of the gates that Venice would be better than last year’s 6-8-2 record. The Indians (8-3) won their first five games — holding their opponents to one goal per game — as they quickly established themselves as one of the best teams in the area.

Their suffocating defense and explosive offense were both on display on Wednesday night against Sarasota.

The Indians couldn’t help but smile as they watched Mergos fire in a goal in the opening minutes, only to be followed by a goal from Diego Heredia to stretch the lead over the Sailors to 2-0.

Though Sarasota cut into the deficit with a goal from point-blank range in the 28th minute, Heredia found Mergos racing down the right sideline for another goal two minutes later.

“They’re huge for us,” Venice coach Dave Porvaznik said. “But every player we have is equally as important as the player next to them, and I’m really getting them to understand that we are one team.

“That’s what makes the difference. When you play as an individual, you’re not gonna win.”

Venice didn’t let up in the second half, limiting Sarasota to just one shot on goal. Senior midfielder Julyan Ormachea essentially put the lead out of reach when he rocketed in a goal off a bounce from 30 yards out.

From there on, it was hard to ignore the joy coming from the Venice sideline.

The Indians aren’t satisfied with what has been the hottest start in the past four years, however.

“I don’t know if I’m surprised or not, to be honest,” Provaznik said. “I’m grateful that the boys are putting in the energy and the effort, and it’s paying off. I keep telling that if we keep doing what we do, it’s gonna keep getting better and better.

“We’re not stopping at 8-3. We’re going to continue going and have some more fun.”