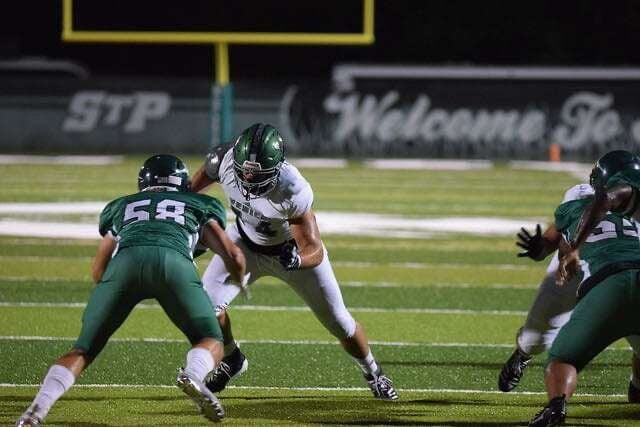 Ethan Mort, right, earned offers to play for 23 Division-I schools after building himself into a 6-foot-6, 300-pound offensive tackle who has blocked against some of the best defensive ends in the state. 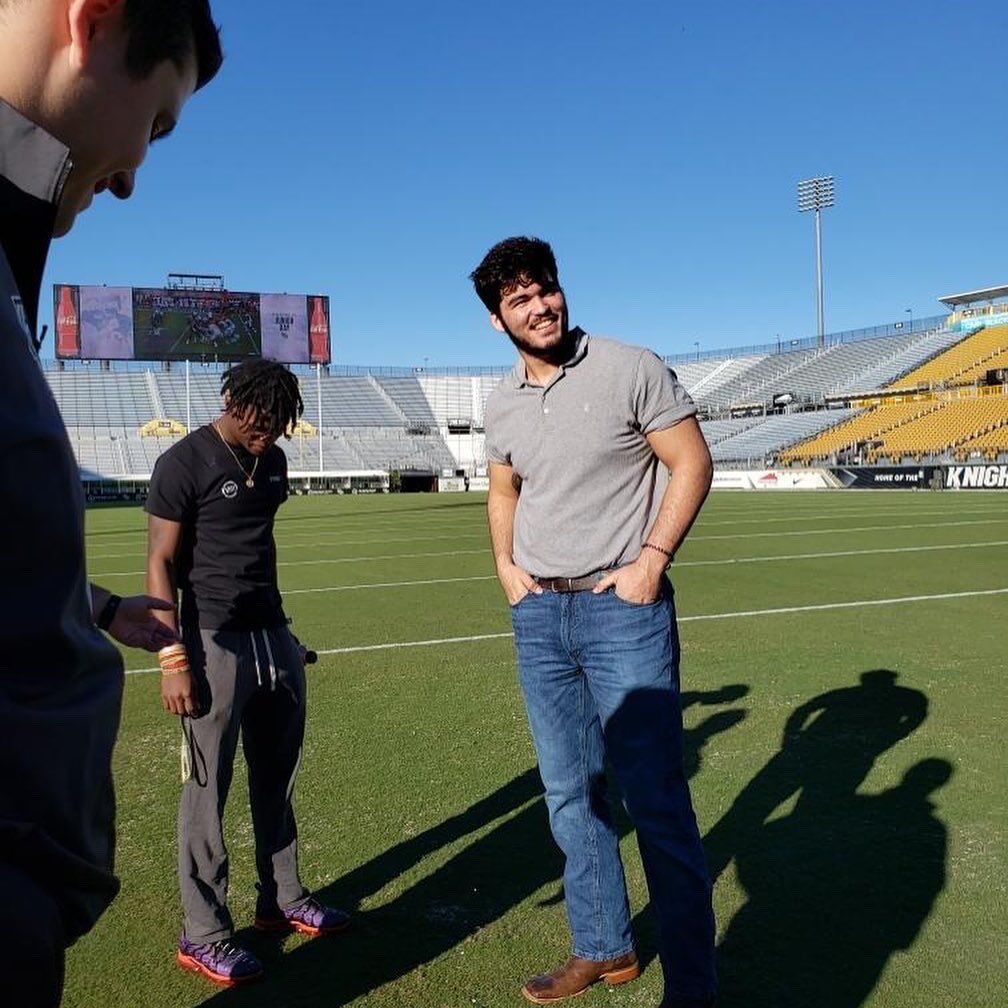 Ethan Mort had only visited UCF’s campus before the coronavirus shut down schools across the country. He committed to play for the Knights this past weekend.

Ethan Mort, right, earned offers to play for 23 Division-I schools after building himself into a 6-foot-6, 300-pound offensive tackle who has blocked against some of the best defensive ends in the state.

Ethan Mort had only visited UCF’s campus before the coronavirus shut down schools across the country. He committed to play for the Knights this past weekend.

When Ethan Mort first joined the Venice High football team not many would have pegged him to be a Division-I athlete.

He had the size — standing over 6-foot tall and weighing over 300 pounds — but not much else that would have stuck out to a college recruiter.

Then he got serious about football.

“When I came to Venice High I weighed about 310 pounds, but I was fat and uncoordinated,” Mort said. “It was just rough. I couldn’t block anyone to save my life.

“But when the coaches put me on varsity that really motivated me. I never missed a practice, I was never late. Sophomore year I started to get offers and was like, ‘Woah, this is serious.’”

Now up to 6-foot-6 and weighing 300 pounds, Mort has transformed into an offensive tackle who earned offers from 23 Division-I schools. This past weekend, the three-star tackle announced that he’s committing to play for UCF via a Twitter video — solidifying his future in the sport.

Mort said he didn’t realize he had what it took to be a college football player until that first offer arrived from NC State in the spring of his sophomore year.

Since then, more prominent programs such as Florida State, Louisville, Maryland, Minnesota and West Virginia also came calling, among others.

The soon-to-be senior rebuilt his body from his freshman year — taking off roughly 50 pounds of fat and replacing it with muscle.

“I wanted to be on varsity so bad,” he said. “I started taking my nutrition a little more seriously. I worked out with the team and with coach (Damon) Wilson. He really pushed me to my limits. So I did that and tracked all my calories. I was eating about 8,000 calories a day.

“I was eating all day, like in every class and my teachers would be like ‘Hey, you can’t eat right now.’ And I’m like ‘I can’t slow down, I’m sorry.’”

The grind of the season — constant conditioning, running and workouts — had Mort playing at about 255 pounds this season despite regularly going up against defensive lineman who were just as big, if not bigger.

Mort has added back about 45 pounds in the offseason to give him more weight to work with when battling in the trenches, and Indians offensive line coach Josh Hunter said there’s potential for more.

“You always fear when a kid gets all this college attention that they’ll relax and not strive to keep getting better,” Hunter said. “But he’s stayed hungry.

“There’s not a lot of kids who are born with Mort’s kind of genetics. He’s a kid who could go to UCF and with two years in their weight program be 320 and look 280. He’s that kind of athlete.”

With such a deep pool of offers to choose from, Mort could have taken his time or visited other campuses. But he had only visited UCF before the coronavirus shut down schools across the country.

While he admits that it might have been a tougher call if he would have been able to go on more official visits, he wanted to secure a commitment before the season began.

By the time he heads up to Orlando next year, Mort will be looking like an entirely different person than when he started at Venice High, and he’s feeling like it, too.

“There’s a lot of motivation for me,” Mort said. “My personal life has kind of been rough my entire life so I’m like, ‘Let me get out of this.’

“Before all of this I was like the loser. I was a chubby 300 pounds. Nobody really talked to me. Now, I’m going D-I. I’m a three-star. I’ve got the name now and now everyone wants to be my friend.”