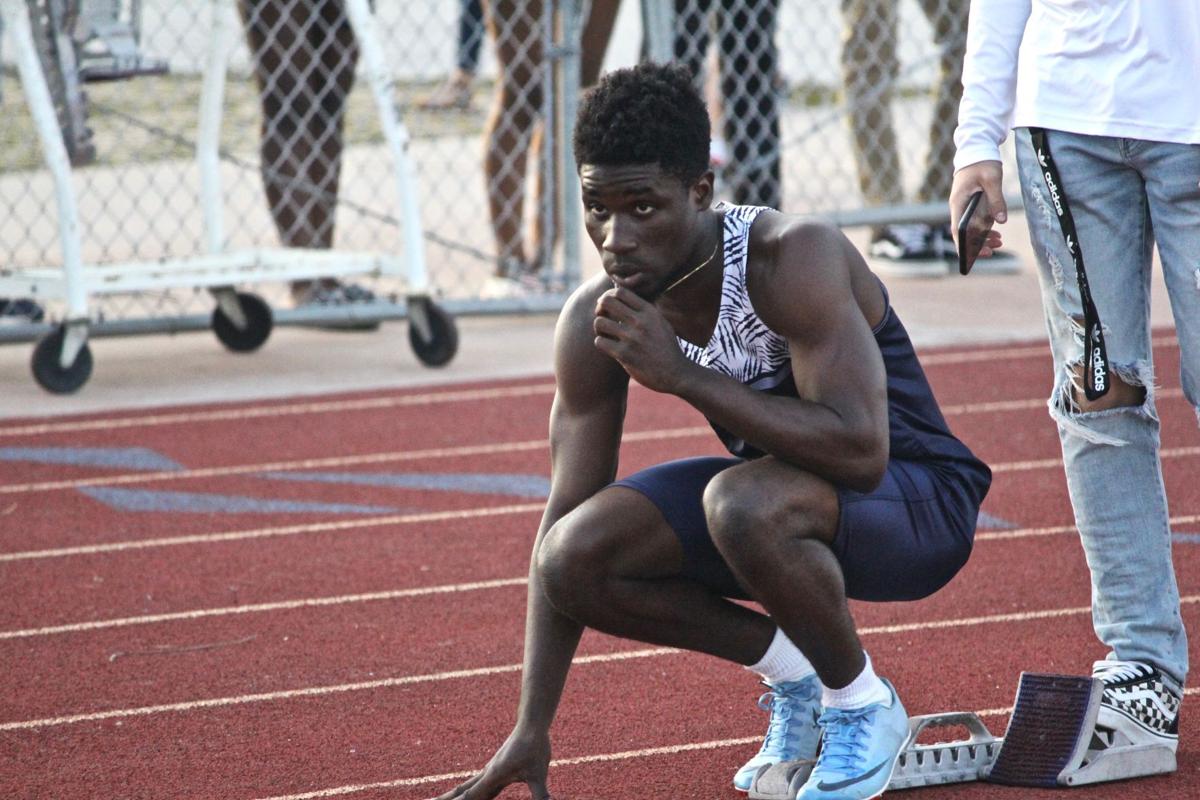 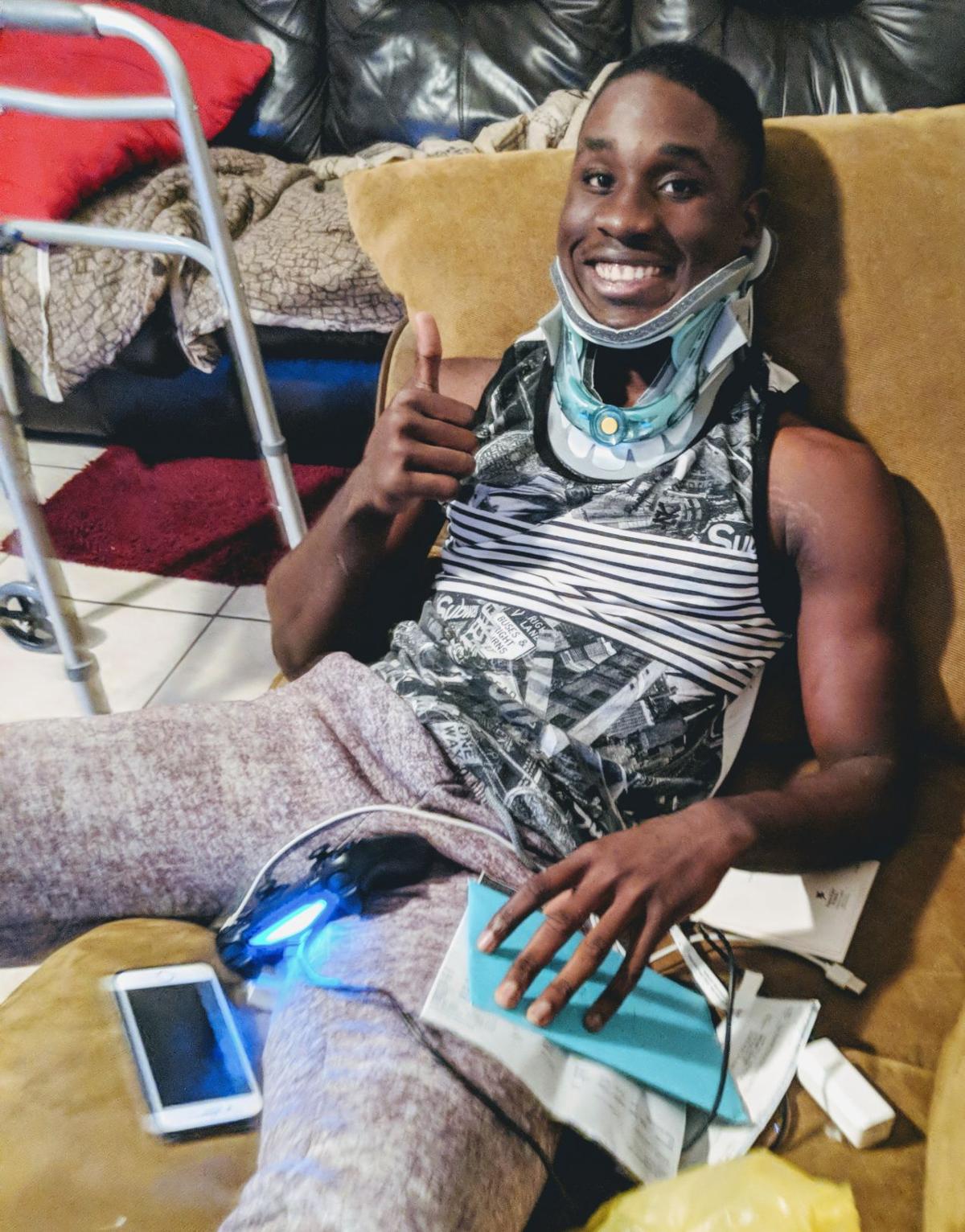 North Port High School junior Wendy Renoit recovers in his home after suffering a serious neck injury during a game against Lakewood Ranch High School. He gives the thumbs-up as a thank-you for all the community support.

North Port High School junior Wendy Renoit recovers in his home after suffering a serious neck injury during a game against Lakewood Ranch High School. He gives the thumbs-up as a thank-you for all the community support.

A two-sport athlete also playing football, he was quickly becoming one of the Bobcats’ fastest runners and had all the makings of a future star in a typically deep program.

But in a split second in the fall of his junior year, all of that changed.

“I got back up and heard a ‘pop’ so I went straight down,” Renoit said.

Renoit went to make a routine tackle on a kickoff, but as he lowered his body, one of his teammates made contact first, raising the Lakewood Ranch player’s helmet upward as it crashed into Renoit’s.

The pain was immense and the fear began to set in.

“It hurt really bad and I was screaming, rolling on the ground,” Renoit said a week after it happened. “I thought I was gonna be paralyzed and thought I wasn’t gonna be able to do anything else ever.”

He suffered a stable fracture of his C1 and C6 vertebrae. He had to use a walker, wear button down shirts and take other precautions to make sure he didn’t trip, fall or further damage his neck.

After a little more than a month, Renoit was running again. Though he was done with football and was unable to compete in track as a junior, the desire to get back to running competitively began to grow.

He started with cross country, slowly getting back into shape. Though it was exhausting, it was his first taste of competitive running in just under a year.

“Not many people run cross country when they’re not a fast distance runner, but coach told him that it would help his endurance and it showed,” senior runner Alvaro Amaya said. “We all noticed how hard he worked in the offseason. He’s a soft spoken guy, but his work ethic speaks loud.”

Renoit missed his chance at a breakout junior season, but fought to make up for lost time as a senior. In the limited window before the COVID-19 shutdowns stole another year away from him, he was beginning to regain his sophomore form.

He helped lead the 4x400 and 4x200 relay teams to three combined wins and earned two top five finishes in the 200 and 400 meters in his first few meets back.

His drive to get back to the track made his long journey well worth it.

“It felt amazing to get back on the track,” Renoit said. “It had been a long wait. The desire to get back drove me through everything.”