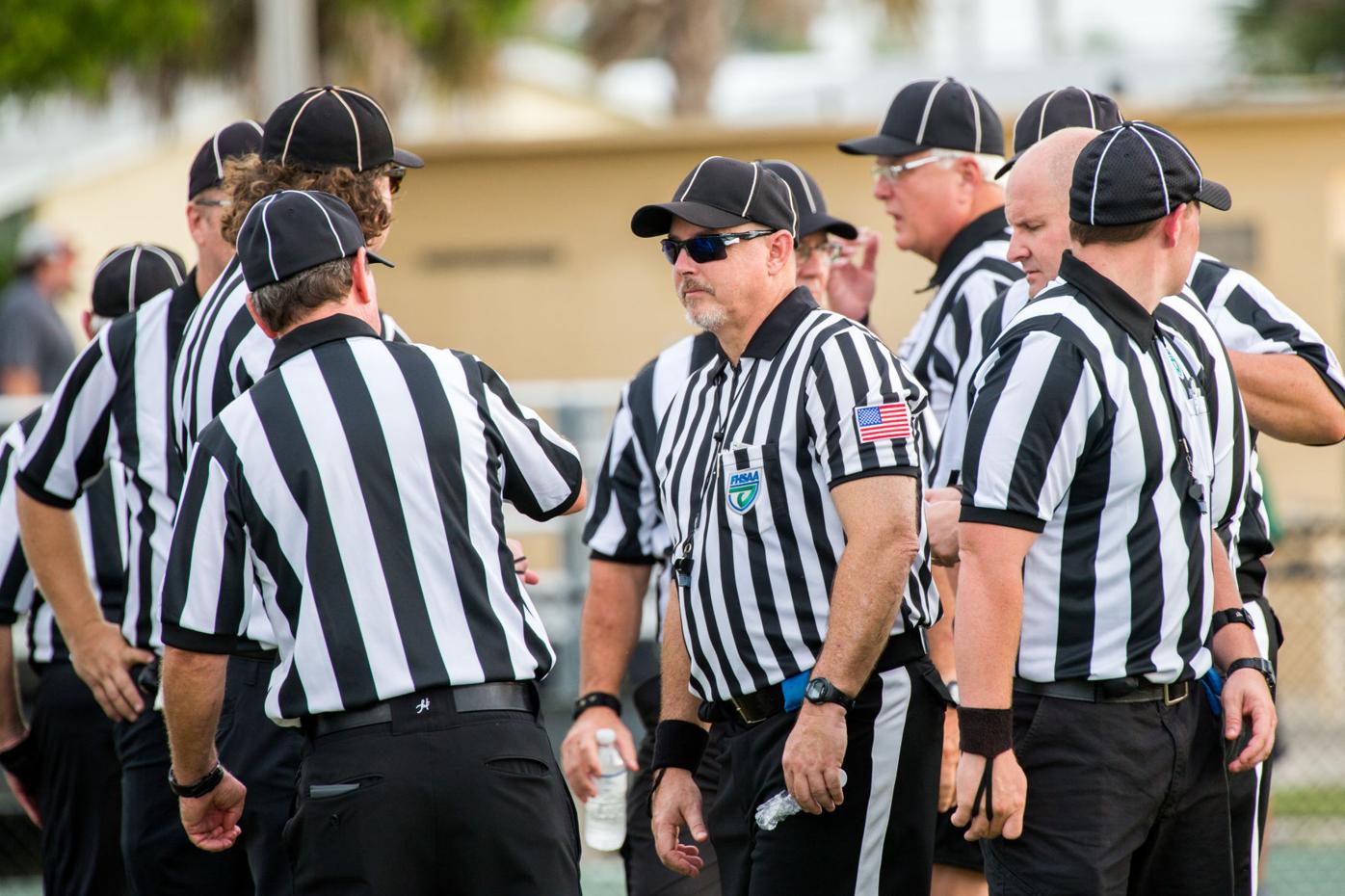 There are roughly 80 officials in the Gulf Coast Football Officials Association, which works games from Sarasota to Hardee, but if some have to quarantine this fall, there won’t be many to take their place. 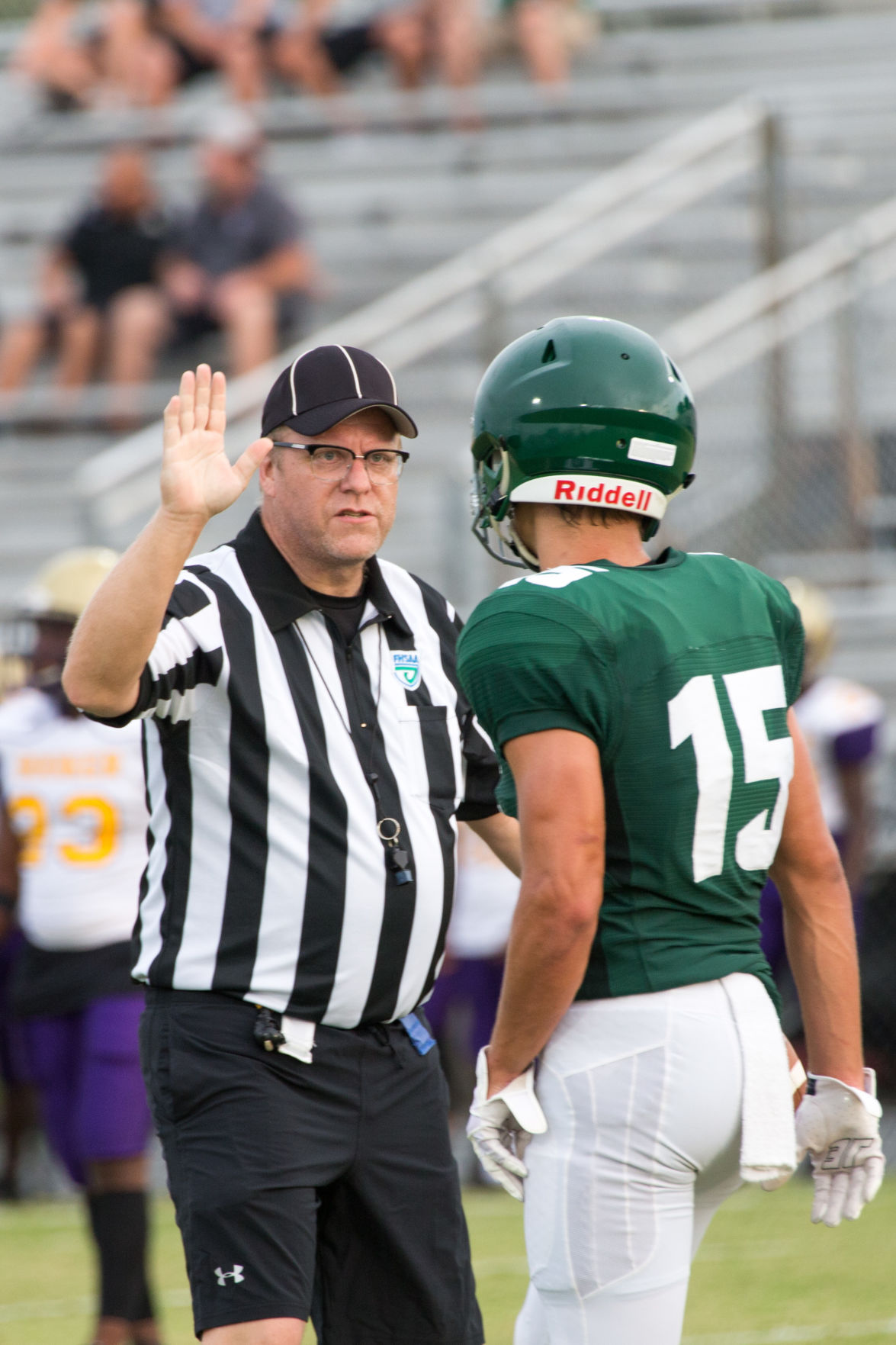 Referees were due to be paid a raise this year and while some are backing off that stance, others, like many football associations across the state, are not.

There are roughly 80 officials in the Gulf Coast Football Officials Association, which works games from Sarasota to Hardee, but if some have to quarantine this fall, there won’t be many to take their place.

Referees were due to be paid a raise this year and while some are backing off that stance, others, like many football associations across the state, are not.

If and when high school sports resume this fall, one of the questions that few seem to be considering is: How will referees stay safe?

Many officials across the country, and especially Florida, are in the at-risk category from coronavirus, either due to age or pre-existing conditions.

“Our average age is probably late 40s to 50s, so yeah we do have quite a few officials in that category,” said McCue, who oversees a group of about 80 officials. “We did survey our officials, which was one of the suggestions made by the FHSAA. We had good response. Very few people said they wouldn’t work.

“We also asked if it’s required, would they wear face masks and gloves on the field? That wasn’t as popular, but quite a few people said that they would.”

The Gulf Coast Volleyball Officials Association (GCVOA) reported that only two of its officials wouldn’t be back this season as of now, with neither loss related to the coronavirus, according official, trainer and booking commissioner evaluator Ruth Montgomery.

While many officials say they are ready to weather the storm this fall, there are still uncertainties — such as what happens if an official tests positive for coronavirus? It’s safe to assume that official and his crew would have to stop working games for some weeks or longer.

But even one crew missing a week of games would cause havoc on scheduling.

“We haven’t established any protocols, but that would be something we’d definitely have to mandate,” McCue said of a positive test. “We barely have enough people to work the games, even when we don’t have to worry about quarantine.

“So that would be a huge loss if we had to take out a whole crew or if a bunch of guys said they wouldn’t come back.”

Montgomery anticipates scheduling problems for volleyball, too, but with a group of just 34 at her disposal, it won’t be anything new for her group. Though she said her association is also waiting on protocols to be released from either the FHSAA or the schools, she added that her officials will all be using hand-held whistles this year and will likely wear masks.

But precautions and safety aren’t the only things on referees’ minds.

Officials across the state were awarded pay increases due this upcoming school-year after some football refs threatened a strike last fall.

While some organizations like the GCVOA voted to allow schools an extra year to get their budgets in order, others like the GCFOA have not.

“None of us in any sport have gotten that raise yet,” Montgomery said. “So what’s one more year to help out the schools’ budgets? .

“We actually wrote a letter to all the schools and said we’re using last year’s contract. I’ve heard football is the only sport that is still sticking to the new rates. But guys, ‘Do you want to work or don’t you?’”

According to McCue, there is currently no plan for football officials to go back on the raises that were petitioned for last fall.

However, the point of raises might be moot if schools aren’t allowed to have fans. With little-to-no way of fundraising, selling tickets or concessions, a realistic way to pay officials more money is evading some area athletic directors.

“If we don’t have fans, how do you pay the officials? The gate generates the cost of officials, uniforms, transportation and everything,” Venice athletic director Pete Dombroski said. “That doesn’t come from the school board. So it’s wait and see, I guess. I’m hoping we don’t go there.

“If we don’t have fans, you might as well cancel all sports.”