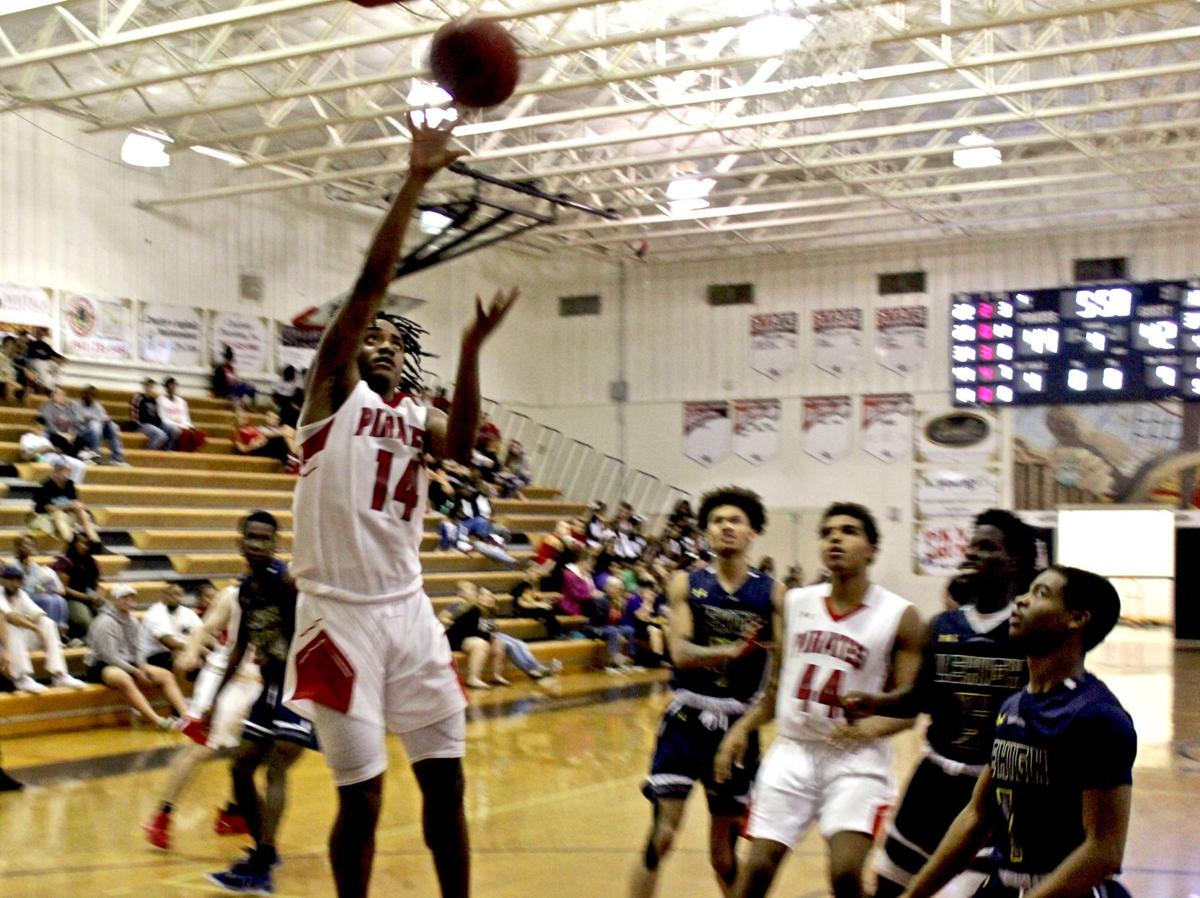 Pirate guard Gerald Robinson scored 12 points in the win over Lehigh on Tuesday. 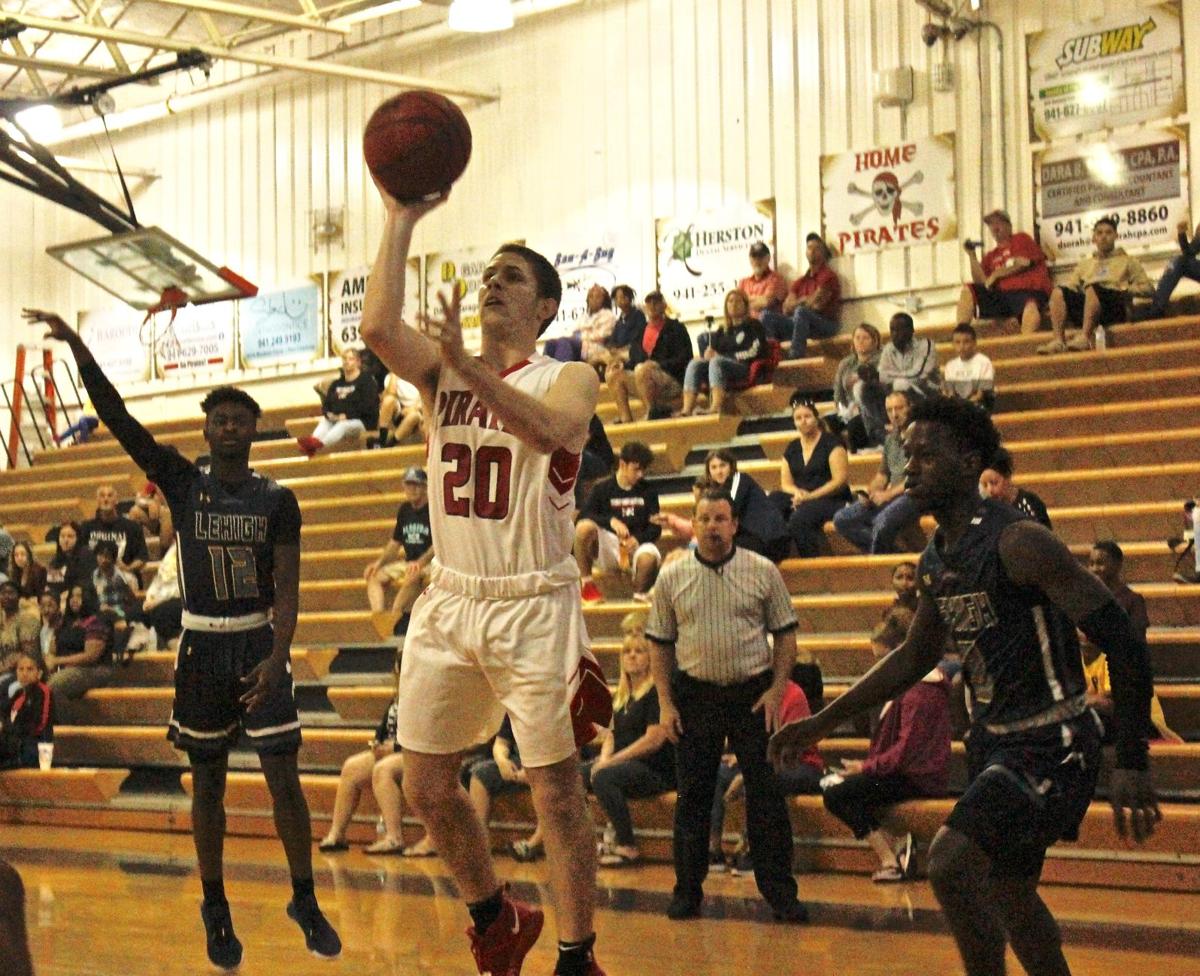 Port Charlotte’s Logan Rogers hits a floater in a 60-58 win over Lehigh on Tuesday. He later hit the go-ahead free throw.

Pirate guard Gerald Robinson scored 12 points in the win over Lehigh on Tuesday.

Port Charlotte’s Logan Rogers hits a floater in a 60-58 win over Lehigh on Tuesday. He later hit the go-ahead free throw.

Last year’s regional final loss to Lehigh still stings for the Pirates, who were minutes away from a Final Four berth.

A late turnover helped cause Port Charlotte to squander the opportunity late after a 26-1 season to that point.

In the Pirates first in-season meeting with Lehigh this season, things were briefly heading in the same direction, but Port Charlotte was able to stay the course and pull out a 60-58 win to help stop their recent skid.

“The fight was different today,” Port Charlotte guard Logan Rogers said. “Four of the last five, we were up in the fourth quarter, but just didn’t finish. We talked in the classroom all day, finish finish finish. Lehigh came with it, we withstood the run and we finished.”

Port Charlotte held a seven-point lead with 3:11 to play in the game, but Port Charlotte picked up two quick fouls, paired with a turnover and the Lightning cut it to 54-51 with just over a minute to play.

After Lehigh’s Ronnail Tape cut it to two with free throws, again, a late turnover under the Lehigh basket gave the Lightning hope as they converted the basket to tie things at 56 a piece.

But Lehigh was called for a foul with 46 seconds left and with Port Charlotte in the bonus, Logan Rogers went to the line for the go-ahead free throw. Lehigh missed a shot on the other end, which made the Lightning foul Port Charlotte’s Shawn LeFresne, who made both free throws. Lehigh got another basket at the buzzer, but it wasn’t enough.

“We’ve had a lot of games where we’re right there and we faltered down the stretch,” Port Charlotte coach Kip Rhoten said. “I told the guys, if you trust each other, good things will happen. Maybe this gives us the shot in the arm that we need.”

The Pirates led for much of the game and held a 10-point lead heading into the fourth quarter. Rogers led with 16 points followed by Gerald Robinson with 12 and LeFresne with 9. Darron Humphrey led Lehigh with a game-high 17.

The win provides a much-needed momentum boost for Port Charlotte, which had lost four of five coming in. In each of which the Pirates were tied or held the lead in the fourth quarter.

The Pirates also got good minutes from senior Walter Johnson and sophomore Logan Clausen, who sparked the defense until fouling out in the final minutes.

It was big win, not just because it was a bit of payback for last year, but also because it gives the Pirates a spark with the postseason looming.

“Last year hurt, but you can’t look back on the past,” Rogers said. “I was just happy to get the win. It wasn’t big because it was Lehigh, it was big because we’ve been on a losing streak and from here on out, the only way is up. It gives confidence as a team that if we can beat them, we can beat anybody.”