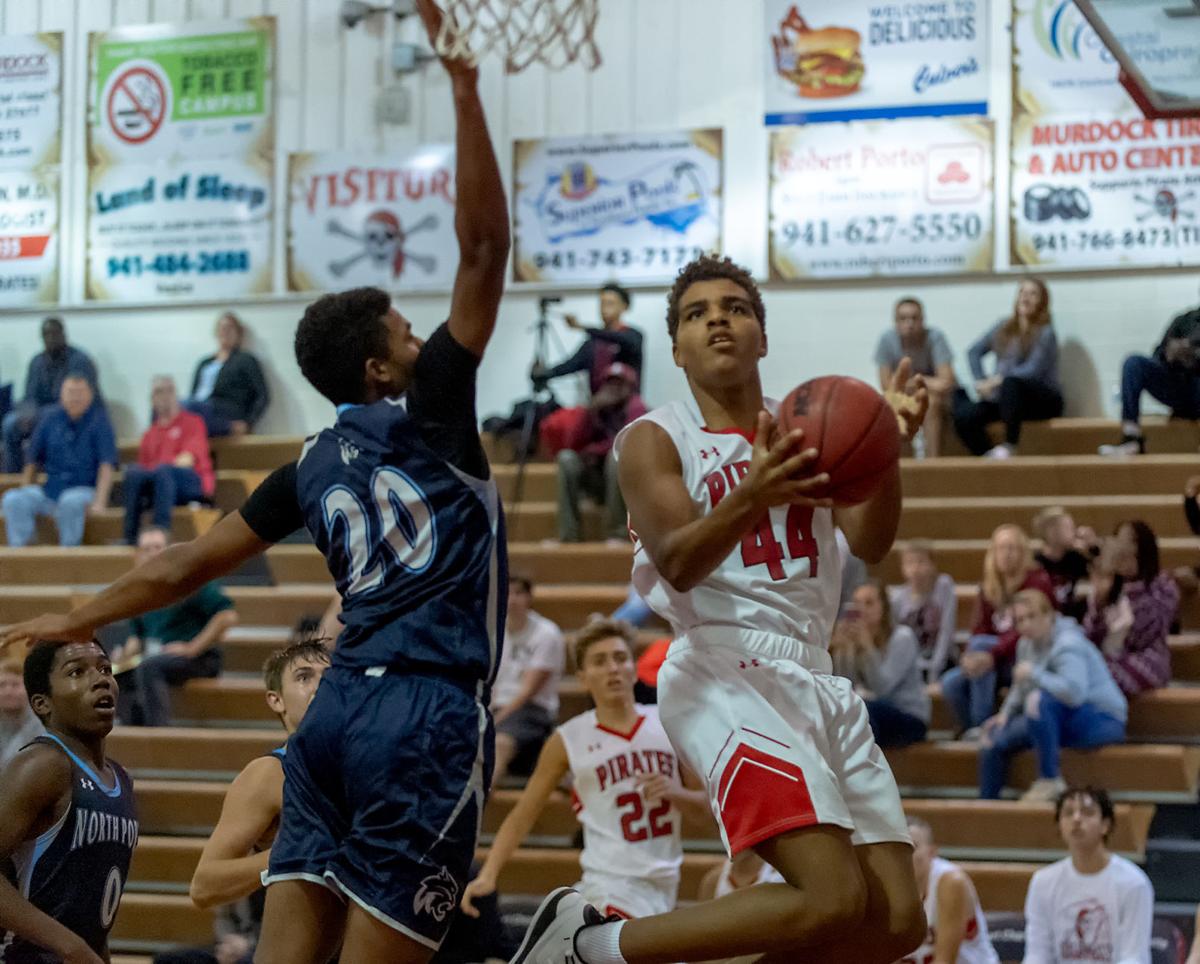 Left: Port Charlotte’s Walter Johnson (44) maintained a 4.0 GPA, won the academic award for the basketball team. Right: Lauren Stone smiles as she basks in the moment of winning her fourth straight girls wrestling state championship this past season. Stone will soon go to the University of Florida to pursue a degree in biochemistry. 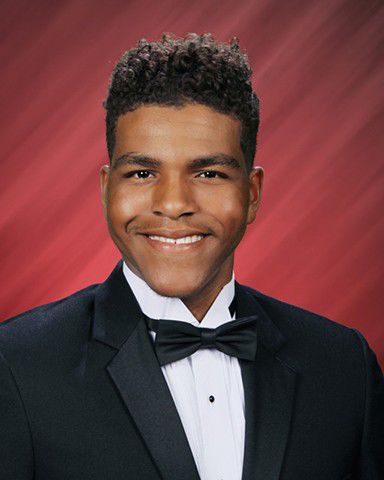 Left: Port Charlotte’s Walter Johnson (44) maintained a 4.0 GPA, won the academic award for the basketball team. Right: Lauren Stone smiles as she basks in the moment of winning her fourth straight girls wrestling state championship this past season. Stone will soon go to the University of Florida to pursue a degree in biochemistry.

On the basketball team, he was the only senior on a district championship squad that reached the district semifinals. The young team looked up to him and counted on him for guidance.

On the swim team, he didn’t have to carry as much of a burden. There were other seniors to help out, but he was still a standout performer and a strong leader.

On top of all of his athletic accolades, he also was just as competitive in the classroom.

He maintained a 4.0 GPA, won the academic award for the basketball team, was a part of model UN and is planning to attend the Air Force Academy in the Fall.

For all of these reasons, Johnson has been selected the Sun’s boys Scholar-Athlete of the year.

In the pool, Johnson was a member of the boys 200 freestyle relay team that qualified for regionals this year. He also competed in the 50 and 100 freestyle events.

“It took him a while to understand and learn to race, but once he figured it out and could use his size and strength, he turned into one of our top sprinters,” Port Charlotte swim coach JR Whaley said. “He earned a spot on an A relay, which qualified for regionals and was close to getting a state spot his senior year.”

On the basketball team, Johnson has been a four-year varsity member. He was part of three of the four straight district finals appearances and a team that won all 23 regular season games last year.

This year he was thrust into a leadership role when all five starters from last year graduated.

“It took him a while to get used to it,” Port Charlotte basketball coach Kip Rhoten said. “He had six or seven seniors last year so he didn’t have to do anything. It took a lot of coaxing, but he began to buy in.”

Johnson enjoyed playing both sports. They worked hand in hand to help him stay conditioned.

“Coming out of swim, I was easily the most conditioned on the team,” Johnson said. “It helps tremendously because it’s some of the best exercise you can get and it’s all full body without all the stress on your joints.”

At the end of the school year, Johnson was rewarded for his efforts by being inducted into the school’s Hall of Fame.