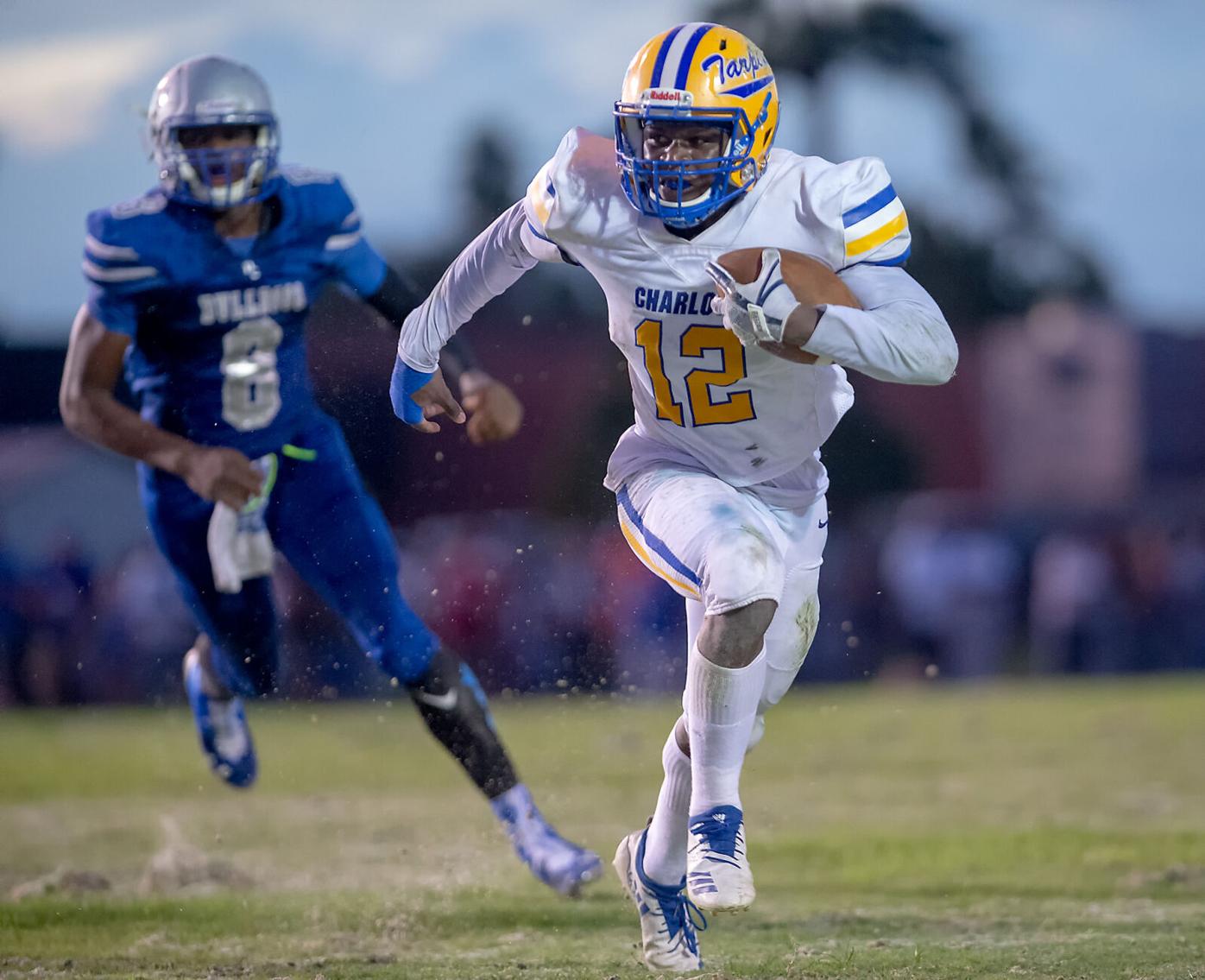 Charlotte returns several key players like Tai’Viahn Kelly this season while the Bulldogs lost many of their starters — including two who transferred to the Tarpons. 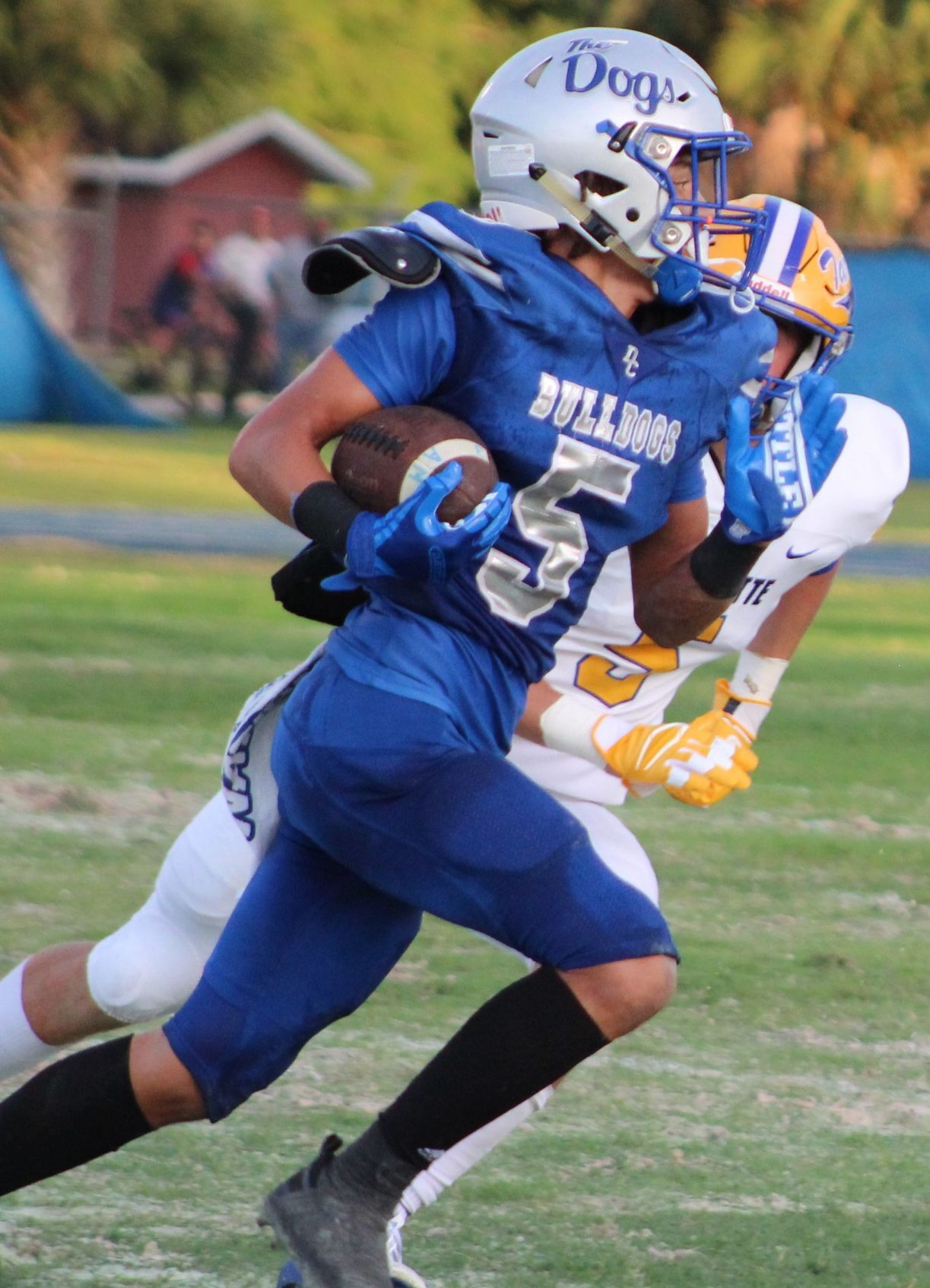 Ethan Redden will see the Bulldogs from a new perspective when he suits up for the Tarpons for the first time tonight.

Charlotte returns several key players like Tai’Viahn Kelly this season while the Bulldogs lost many of their starters — including two who transferred to the Tarpons.

Ethan Redden will see the Bulldogs from a new perspective when he suits up for the Tarpons for the first time tonight.

PUNTA GORDA — Though the Tarpons and Bulldogs have played each other for decades, there’s always been a little bit of rivalry even when they weren’t playing each other.

That hasn’t changed this year as Charlotte High prepares to host DeSoto County in the season opener tonight at 7:30. Last season, the Tarpons dealt the Bulldogs a 24-0 loss in Week 1.

“I can’t say it’s anyone’s fault, but we have kids who live in Arcadia and play down there, so there’s been a lot of social media back-and-forth,” DeSoto County coach Bumper Hay said.

“I don’t know what they’re gonna look like this year, but with (former coach) Binky (Waldrop) in years past, they’ve been very precise with what they do.”

When you add in four more players who haven’t met eligibility requirements yet, it’s easy to see the Bulldogs are coming in a little shorthanded.

“They’ll have good speed,” first-year Charlotte coach Wade Taylor said of what he expects from DeSoto County. “I don’t know how experienced they are.

“Realistically, it’s not the same DeSoto team we faced last year. They’ve had some changes. So we’re just gonna plan for what they have and hopefully we can react to it.”

Two of those transfers, Redden and Daniels, will see the Bulldogs on Friday night when they line up for the Tarpons — Redden at cornerback and kick returner and Daniels at linebacker.

The transfer of those players has added some fuel to the rivalry as it’s brought out some typical trash talk.

“It’s kind of weird, but I knew this would come,” Redden said. “I’m just gonna play hard and try to stay out of my emotions. I see on social media a lot of people are sleeping on Charlotte this year, but we’re gonna make a statement on Friday night.”

That will make things difficult for Bulldogs sophomore quarterback Logan Fullerton, who will be starting his first varsity game.

“It is a big test for him,” Hay said. “He’s been playing travel baseball since he was 5 and he pitches in all these showcases, so I don’t think confidence will be an issue for him. I’m sure he’ll be nervous to start, but I think he will rise to the occasion.”

Joining Fullerton in the backfield will be fellow sophomore Andy Garibay — who is also making his first varsity start. One big returner for the Bulldogs is Keimar Richardson, a 6-foot-5, 245 pound defensive end and tight end who is a mismatch for most players.

Regardless of the outcome, it should be a relief for most players to put on pads and play real football for the first time since last fall.

“These guys are tired of each other,” Taylor said. “They’ve been looking at each other since June 15.

“It’s time to play another opponent.”

Venice will open its virus-delayed season on Friday at 8 p.m. as it hosts the IMG Academy Ascenders — ranked No. 1 in the country by MaxPreps — at Powell-Davis Stadium in front of a 25% capacity crowd.

IMG Academy wasn’t initially on the schedule this season after playing Venice in 2019, but Indians coach John Peacock didn’t hesitate at his chance to play one of the toughest teams in high school football.

The Ascenders have the players to back up their reputation, including Michigan commit J.J. McCarthy at quarterback, Georgia commit Lovasea’ Carroll at running back, Alabama commit Jacorey Brooks at wide receiver and players committed to Alabama, Michigan and Boston College on the offensive line, among others.

The Pirates had an early-season matchup with the Wildcats last year and dominated for much of the game — leading, 21-0, until the final minutes.

However, Hardee scored two touchdowns inside the final four minutes to come within a score, but the comeback effort was too late.

This year, Port Charlotte returns both quarterback Logan Rogers and jack-of-all trades Solomon Luther, both of whom had big games against Hardee in 2019.

Hardee is no slouch, though. The Wildcats went 5-5 in 2019 — eclipsing 30 points in five games. They also return several impact players, including leading rushers Ellis Hodges and Wilney Francois and leading receiver Myron Refoure.

The Bobcats were never in contention against the Sailors last year in a blowout running-clock loss.

This year, however, North Port will have dual-threat quarterback Kevin Riley under center and head coach Billy Huthman back for his second stint with the program.